Posh Picnic In The Park 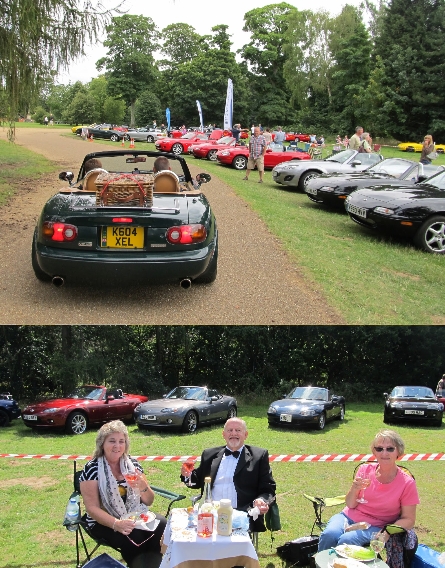 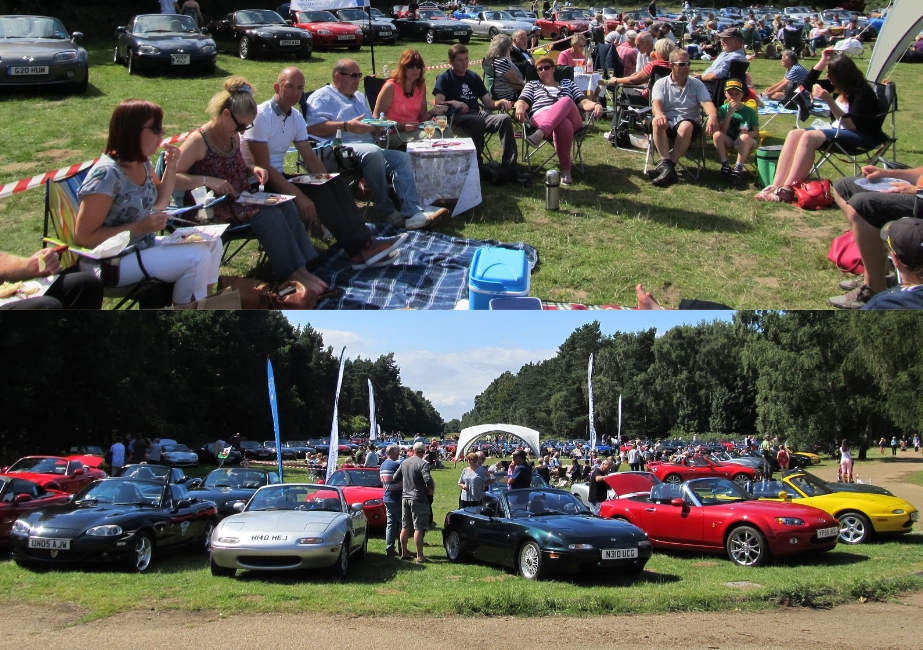 After the success of the 2013 National Rally at Sandringham, Bill Medlow thought it would be a good idea to have a few cars back for a picnic. As always from small acorns grow massive oak trees…The location was perfect and, as ER events always have good weather Bill thought that perhaps 30 to 40 cars may turn up.

Planning started back in April but as the date grew near it appeared from the Forum that this was going to be big, really big!

A core team of ER members arrived at 8am on Sunday to cordon off the lawn, don bright jackets and direct traffic onto the field near the visitors’ centre. Cars were arranged leaving a central area so everyone could sit together for the picnic. More and more cars arrived. Eventually about 109 cars from 13 regions across the UK parked on the field, with the virtual prize for the longest journey going to Simon and Anita who travelled all the way from Jersey just for the event! Members also came from S Wales, Yorkshire Ridings and North Thames, which goes to show the popularity of Club events.
Yes of course the sun shone! Some took advantage of the Club discounted entry to visit the house and explore the grounds, but the main event, the picnic itself was a great success, starting earlier than planned as everyone was starving.

Out came a vast array of wicker picnic baskets and table cloths – MX-5 Owners picnic in style! The picnic was a great opportunity to catch up with members from other Regions, plan inter-region events and do a bit of obligatory tyre-kicking.

Many thanks to Bill and Sue plus their band of organisers who made this happen – a great amount of planning, nail biting and hair pulling was probably involved, but it was all worth it in the end. Shall we do another one??