As they say, you’ve got to be in it to win it, the email arrived in my ‘inbox’ a couple of weeks before the Festival with the chance of winning tickets PLUS a chance for 35 to have a drive up the hill in the new Mk4, wouldn’t even cost me the price of a postage stamp, email replied, time to sit back a relax. The arrival of an email to my phone and I was ‘one happy bunny, I did have to read it twice just to make sure, not only did I get 2 tickets to the FoS but I was one og the lucky 35, best book the day off work then.

I’m not best at ‘silly o’clock’ in the morning so Claire and I shot off straight from work on the Wed to my sisters just outside Portsmouth. The alarm still went off before 7am and having said goodbye to everyone we headed off to meet up with Jason and Hils. It’s a good job I made a flask of coffee before I left as we had to wait for Jason, we even had time for a spot of Festival goer’s in the services car park. Jason and Hils arrived and we joined the rapidly growing queue on the Chichester by-pass, it wasn’t too long winded and we were parked up and in the show by just after 9am. We didn’t know quite where to start so the Mazda stand seemed like a good place, a short but sweet visit and then Jason and Hils dashed off to the Mazda hospitality to sort out their early drives. Claire and I fought our way the incoming crowd to position ourselves on turn one ready to take the required pictures. Hils got the Mk4 and Jason got the CX3…….one was very happy, one not so.

Jason and Hils were taken back to the start point and a comment was over heard that a driver would be unable to take Mazda up on the chance of taking the Mk4 up the hill, Jason’s ear pricked up and he was able to get a second run. With his ‘eye in’ Jason took to the hill in the Mk4

We had met with Pete and his brother on the way in to the show but I totally forgot what time Pete was running, I sorry I didn’t get a pic of you in the car. As gifts go, the Mazda gift after the drive was fantastic. When we got into the cars to take our place in the queue the driver who went with us plugged a USB drive into the car and recorded our runs up the hill complete with G meter, speed, course tracker and 2 camera angles – superb.

Time to go it alone, Claire and I went off to catch up with a few friends who we knew would be there, enough time for an ice-cream and then off to see the concourse car show. There were some absolute beauties in the competition, some were just stunning examples of the car like the Citroen DX’s but there where also some just great cars

My favourite, the Evanta Barchette entered by Ant Ansted from Car SOS on Ch4.

We moved across the centre of the show and had a slow walk through the manufacturers area trying to see how many goodies we could come back with, I was very disappointed with the offerings but hey-ho they were free. Time was ticking away so we had to venture away from 4 wheels to go and visit the two wheeled section, some new, some old, some which have had some famous bums sat on them. 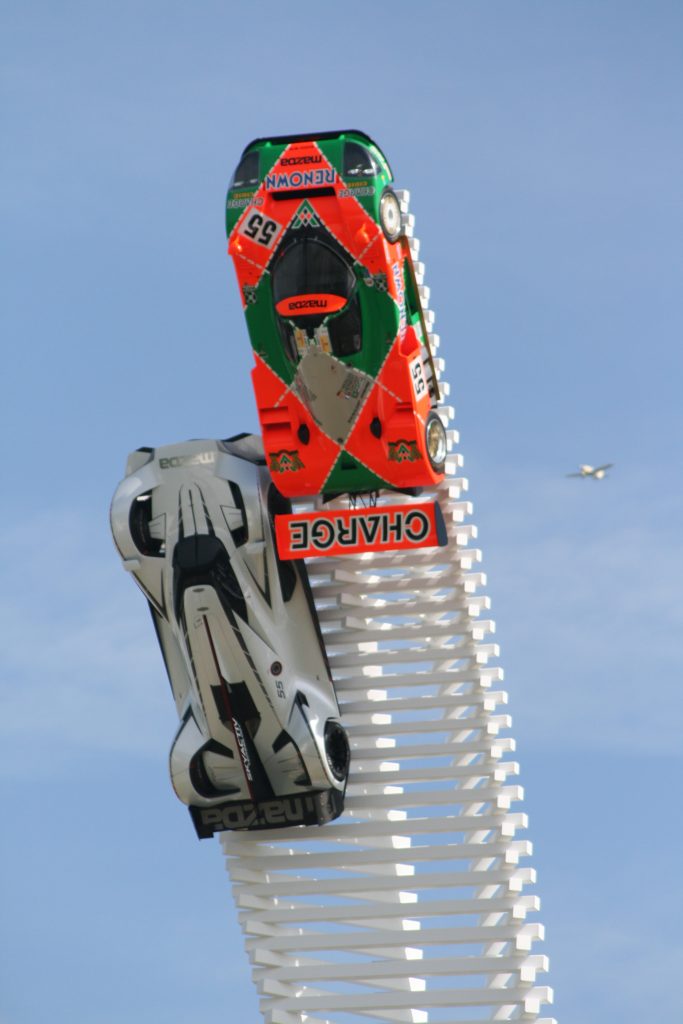 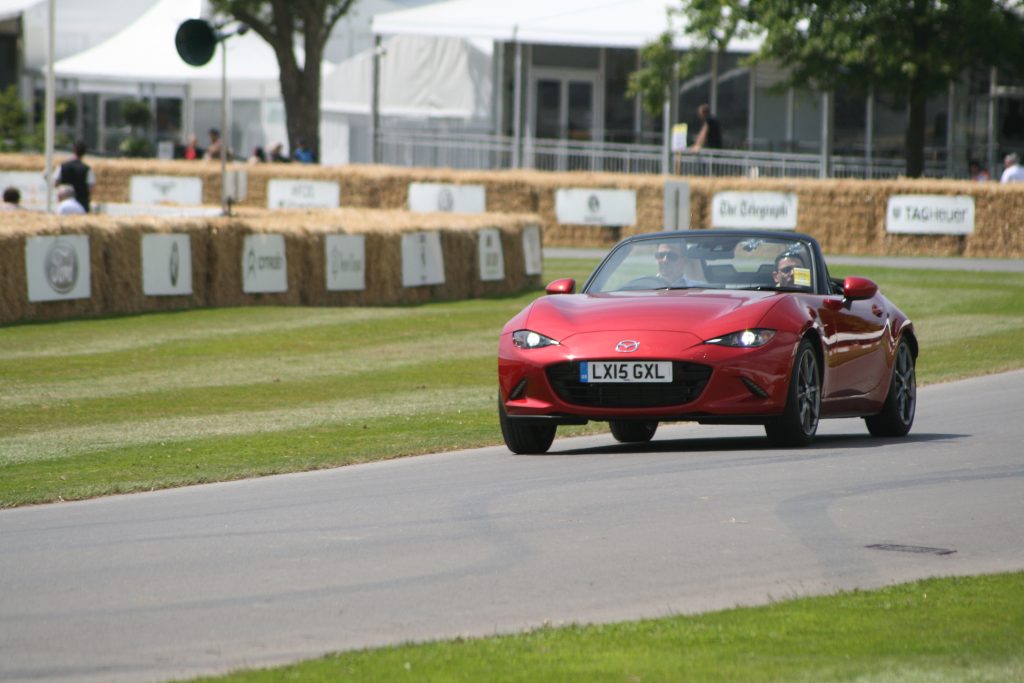 Back to 4 wheels down through the F1, LeMans and racing paddock so many cars and so many pictures to be taken. I think that was the best thing about being there on the Thurs is that you could still get close to the cars and get a photo to without having to wait 10 mins till your turn and also get a ‘person free’ picture (or as best you can)

My time slot of 1710 was fast approaching so I sent Claire off armed with some instructions and a location to get the required pictures for me. I walked into the meeting area just after 1630 and asked if we were running on time or a little late, “no all’s good, sign this form and someone will be with you in a bit”…….in a bit I was thinking 20 mins or so, no 2 mins later and I’m sat in the 2.0L Mk4 leaving the tent to join the queue, many frantic calls to anyone and everyone to tell them I was going early and no-one wanted to answer their phones or they weren’t getting a signal!!!!! Right up to the point where I was 2 cars to go and still no replies, oh well, let’s just let the clutch out and go for it. The drivers they had given us for the drive were brilliant, hints and tips all the way up the hill, move to the left, move to the right, and squeeze the power on, GO FOR IT. We were given the chance for a lot of fun but not too much that we might write off the first Mk4 on the launch day, probably wouldn’t be a good move.

Despite going early, Claire managed to take a few pic’s of the wrong car going up the hill but did get me on my return; I would have given a wave if I’d know she was there

The sun was still shining and we made the most of the show, a final hour looking and then Jason managed to get us into the hospitality area for a cuppa and some left over cream tea.

I think we’d done as much as we could in a day, we could have quite happily gone back for another day as there were parts of the show we didn’t get to see. Back to the cars, join the queue to leave and hit the road home, we peeled off early and stopped for a bight to eat so didn’t make it home till 10pm, so glad I booked the Friday off too.

A fantastic day was had by all, another good reason to own an MX5 and be a club member.