Thank you to all that attended and to all those that took part in the Show and Shine competition last night at the June monthly meeting. It was great to see so many new members and the cars all looked stunning. 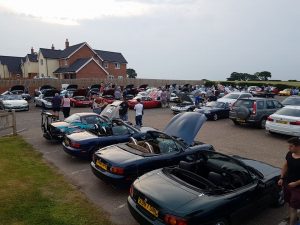 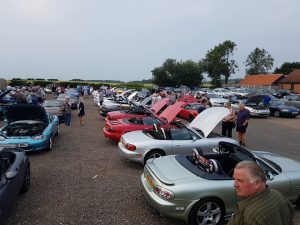 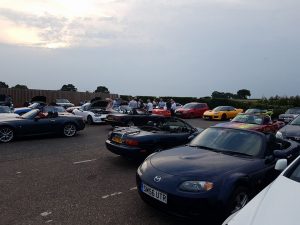 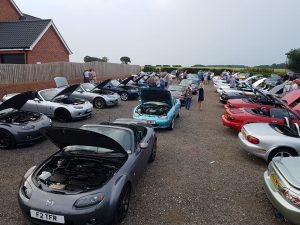 As most of you will be aware we asked the members to complete a questionnaire at the end of last year so we could deliver what you wanted from your local club in Norfolk in 2017. The planning team has been working to deliver a variety of events matching what you asked for. Part of that questionnaire was asking if you wanted to support a charity in 2017, and you choose East Anglian Air Ambulance.

As you may know we ask for small voluntary donations for a couple of key events (Show n Shine in June and RAF Marham Private Air Show in July) and your generosity is humbling. We only get invited to the private air show due to the work we do raising money for local charities and this year will by our 3rd year attending, it really is an amazing air show.

Last night we raised £82.45 for Dave’s Show n Shine Competition, and members Tony and Carolyn handed us £1,000 for advertising on their five and car parking for the football (and there is still more to come). We have banked all the cash today.

The skydive Ian did raised a total of £2,012.50, the video is on the Facebook group if you want to take a look, you can see the fear in his face.

In addition the Norfolk Region has attended Bury Cars on the Green where the organisers of the event charge for attendance with all money going to their charity and we will be attending Helmingham Hall where the £10 per car we are charged to attend all goes to the organisers charity EACH. These two events will have raised a further £466 for local causes. Just for clarity, these two events charge all car clubs or individuals to attend, with all the money going to good causes, this is not charged by the Norfolk Region. Any donations we ask for are voluntary for RAF Marham and last nights show and shine competition.

Thank you all for everything you have done to support these great causes, from the whole planning team for the Norfolk Region (commonly know as the Norfolk Fives).