We took to the Silverstone GP circuit in an RF, and here’s what it looked like

With the MK2 celebrating its 20th birthday this October Silverstone Classic saw it fitting to commemorate the occasion by offering the club a parade lap in honour of the NB. As any club would do we accepted the kind offer and lined up the most willing and able NBs to show off the MK2 on the Saturday of Silverstone Classic.

Also parading at the same time as us were a brace of Lotus and Caterhams, with our MX-5s leading the lightweight charge. While queueing up to enter the track it started to rain, so roofs went up as quickly as they can be retracted on the MK2s, with a few plucky souls opting for the “tis but a scratch” mentality and leaving soft tops firmly down.

While the parade was in honour of the MK2 there were MX-5s of all shapes and sizes taking to the track to celebrate the anniversary, including some of the newest launch edition RFs as well as the awesome ND BBR Turbo that the chaps from BBR kindly lent to us. 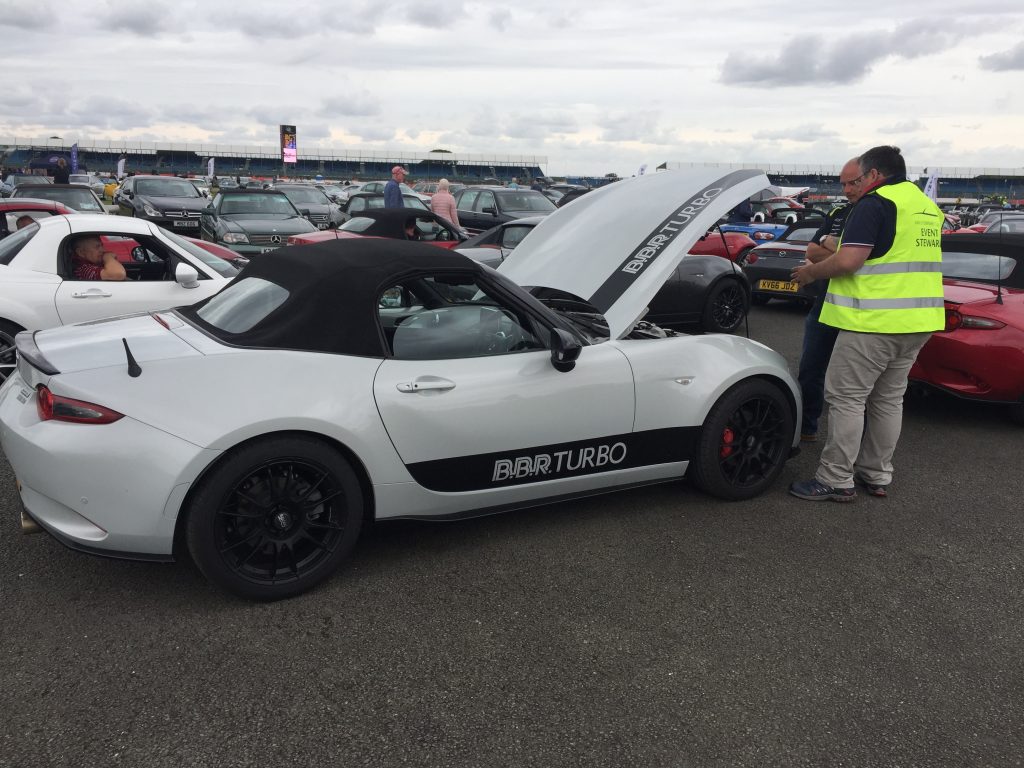 Although strictly limited to around 40mph we all had a great time taking on the GP circuit, which crowned Lewis Hamilton the British GP victor not two weeks prior. I was lucky enough to ride shotgun in a red RF launch edition driven by Peter Marsh from our South Wales region for the lap, and here are some of the pictures from the lap. Apologies for the gloomy weather and darker shots, there are some things even a sports car can’t fix! 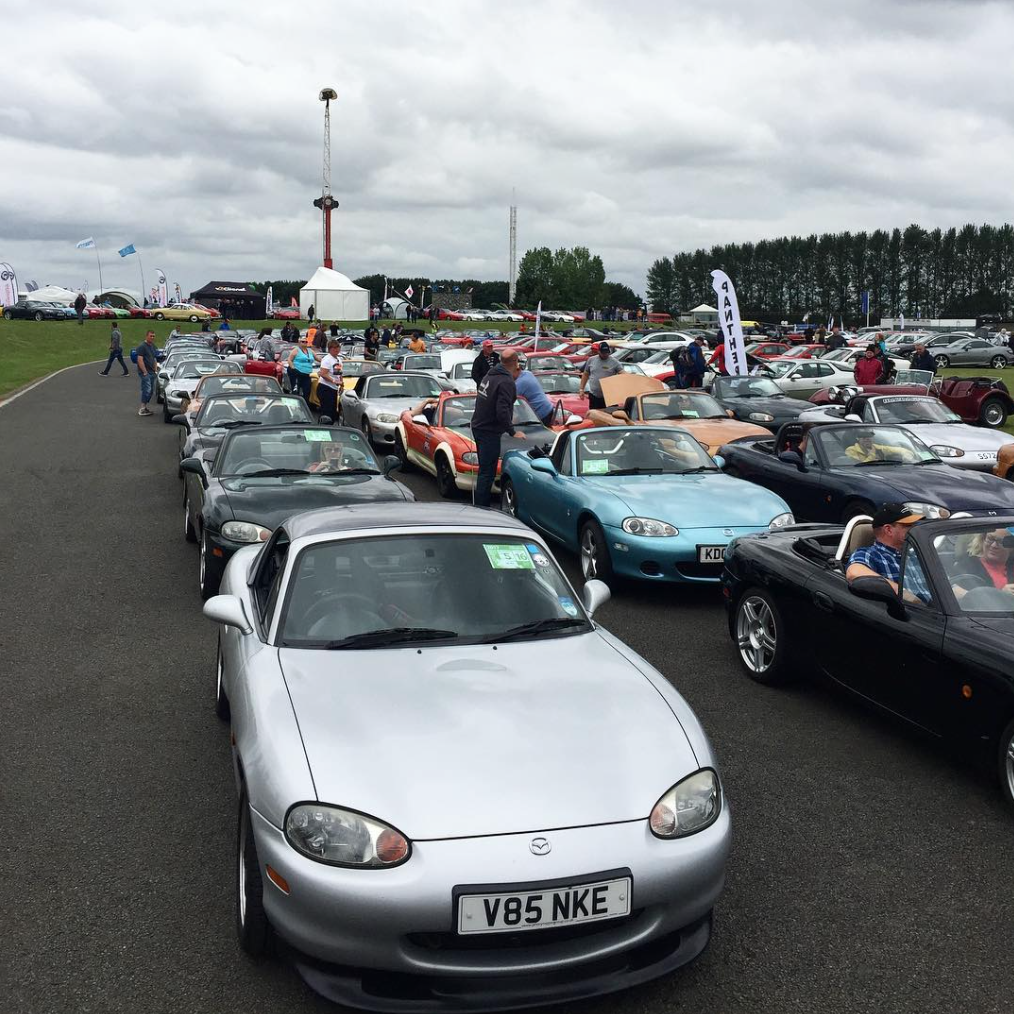 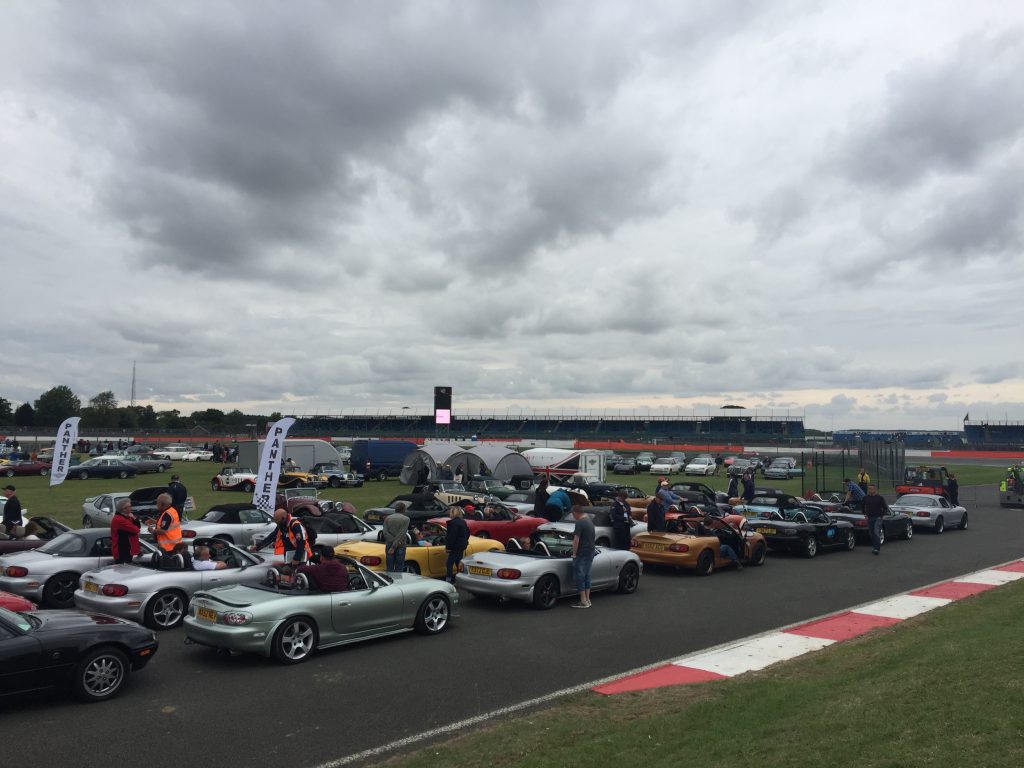 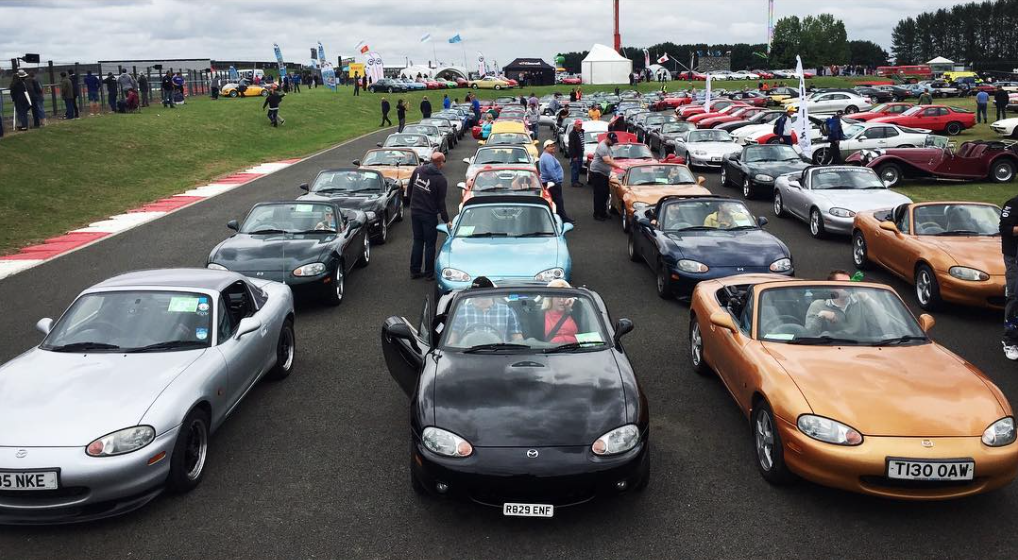 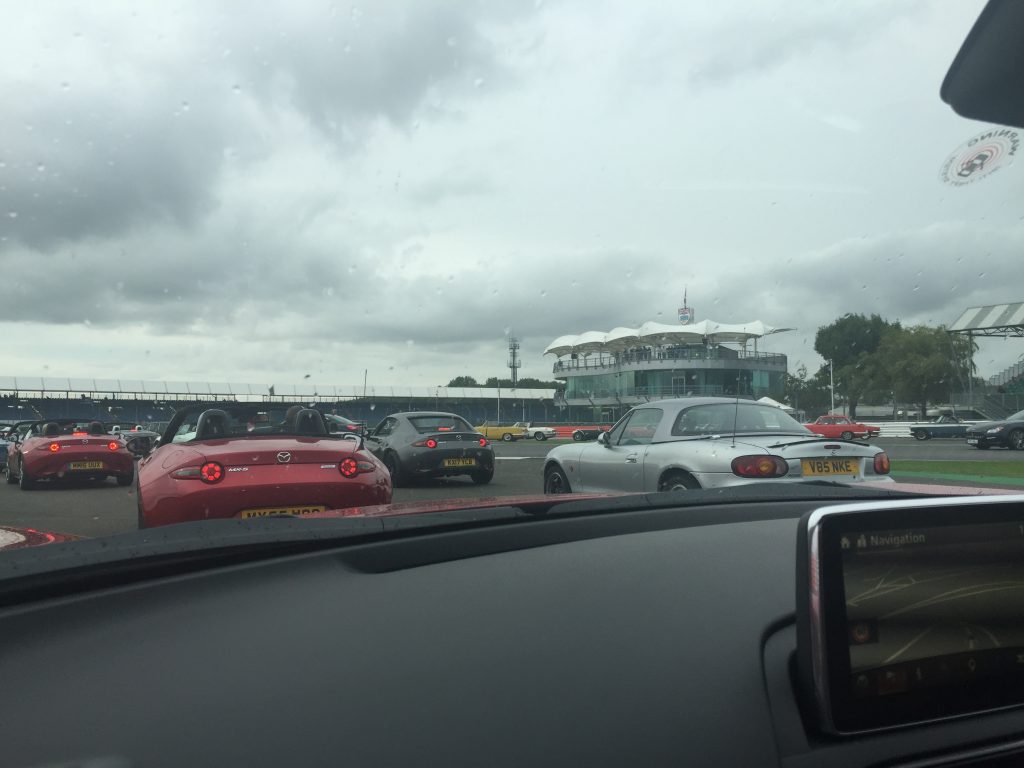 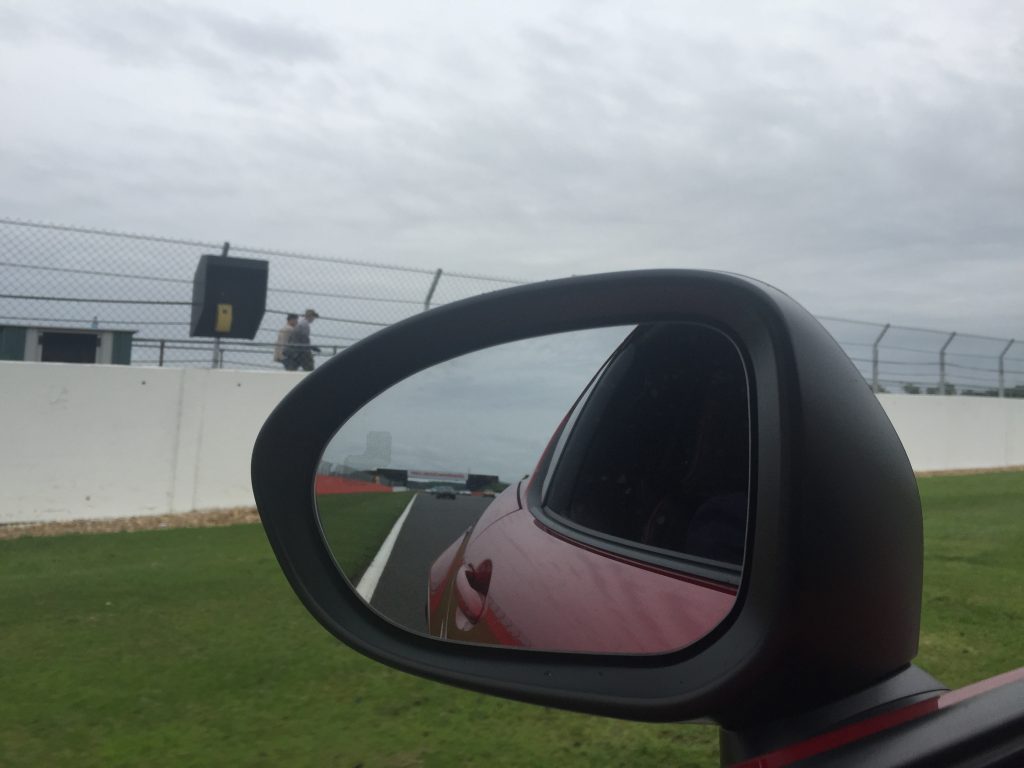 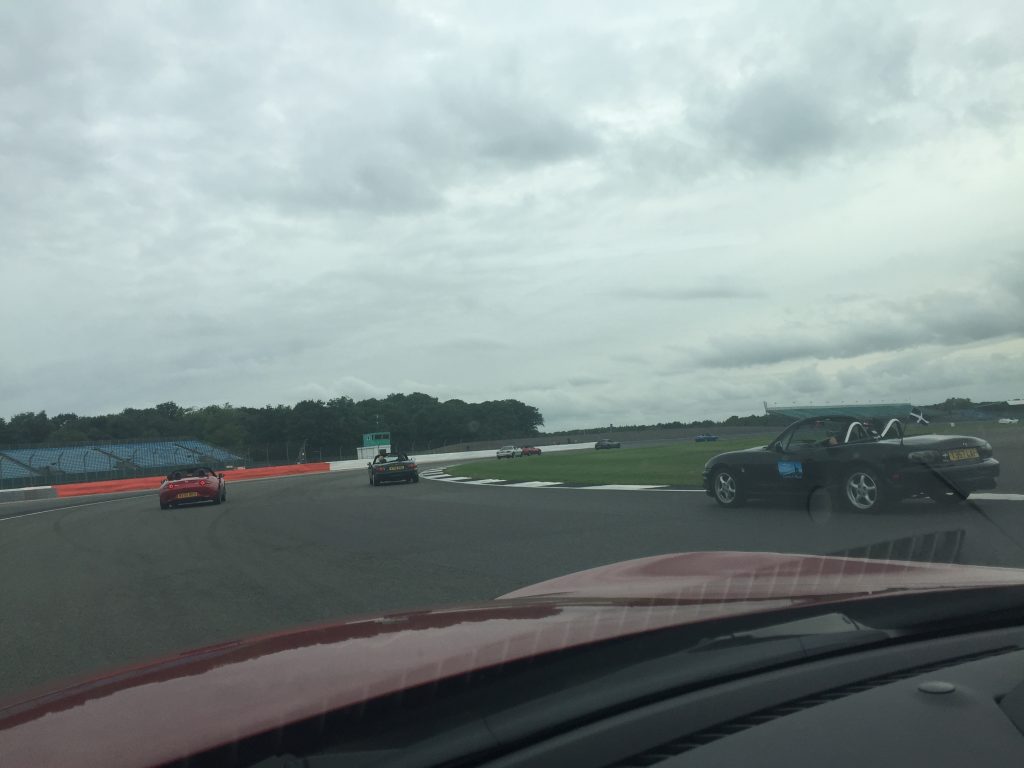 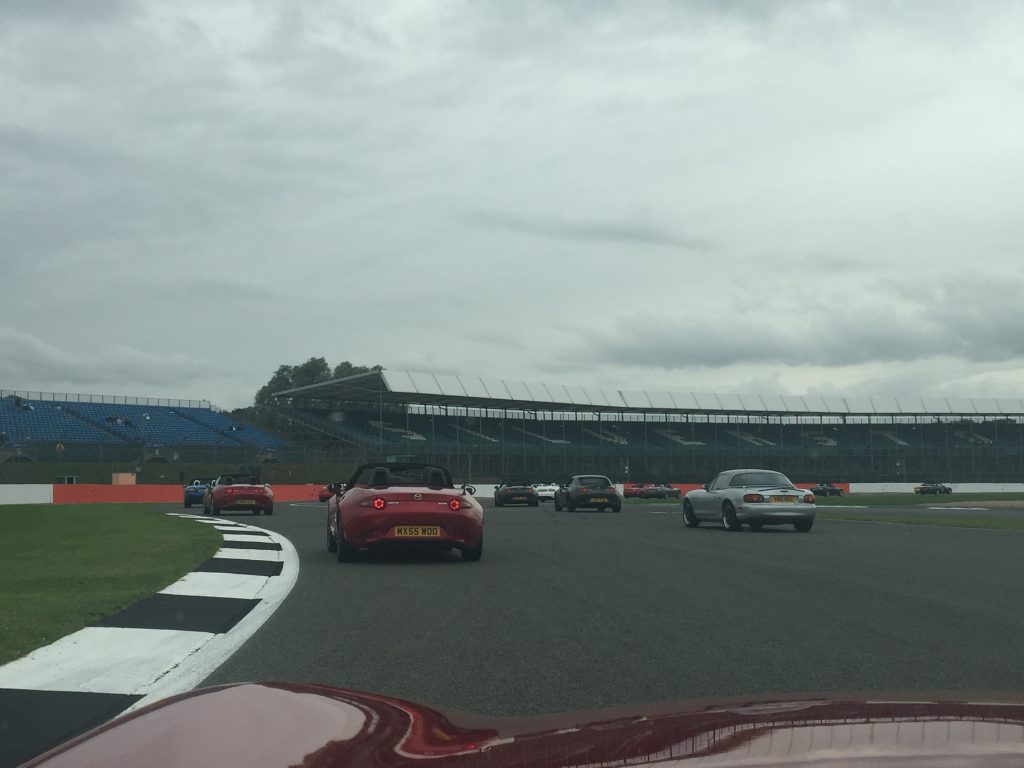 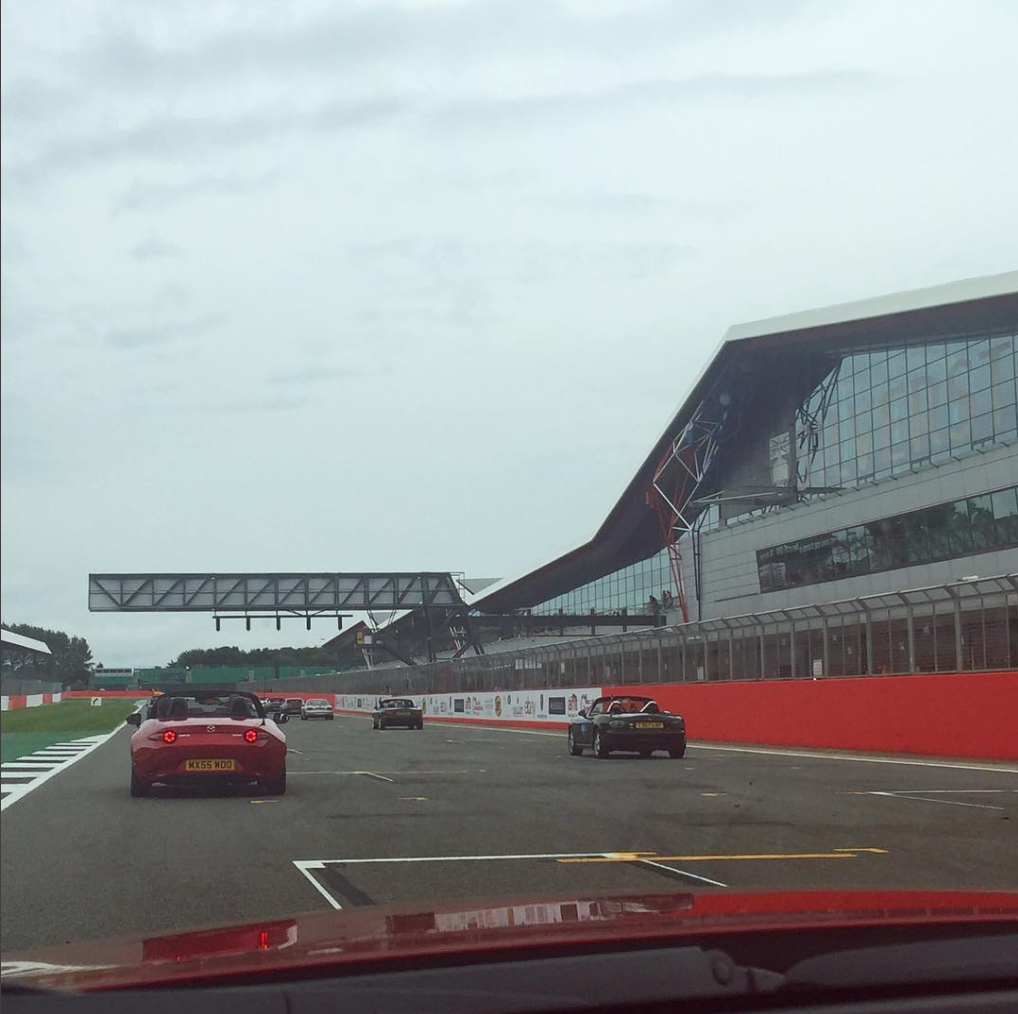 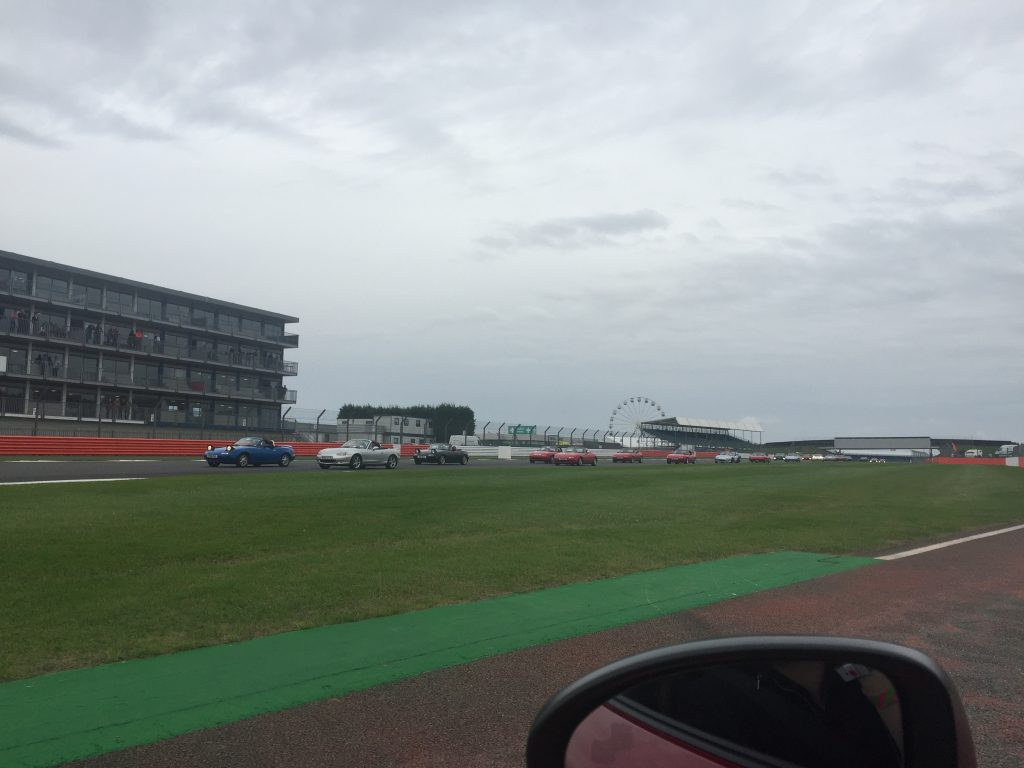