Tour de Yorkshire and a visit to the Scarecrows

Burton and I arrived in the car park of The Dearne Valley Farm (pub) on Sunday 20th August, which was our second run of the month.  Unbelievably we were the first there, which is most unusual.  We were very quickly joined by Christine and Alan and then everyone else trickled in.  We had arranged the run to Kettlewell mainly for the newer members who had not done the run previously.

As well as the usual crowd, we were joined by Sam and Jon from Tintwistle on their first run. Also Sean and Jon who I think had joined us on a previous occasion.  It was really lovely to meet them all. We had a good turnout, 12 cars and Dean and Gill joined us on route making it 14 cars including us. The weather was kind to us, reasonably sunny and not too cold.

A lot of people had breakfast or had a cuppa and then we set off in convoy.  We stayed together reasonably well, driving via Hickleton, Ferrybridge, Micklefield, Tadcaster, Thorpe Arch and Wetherby, ending up at Morrisons Car park for our comfort break where we had about 45 minutes for cuppa and a pastry.

As we left Morrison’s, things went a little awry, when we looked round we only had 2 cars behind us. I was struggling with my walkie talkie and couldn’t seem to get anyone to hear me so we carried on.  Shortly afterwards, a message came through from Dean, saying that he had looked in his mirror to find the rest of the cars following him. So he took the lead and they joined us on route. We arrived in Kettlewell none the worse for wear.  We all spit up and did our own thing, some went for a bite to eat/drink and some doing the quiz as they went round the village looking at the scarecrows.  They were just as good as the first time round with new additions such as skiers on a ski slope.

We found scarecrows around every corner ! (click on the image to enlarge it) 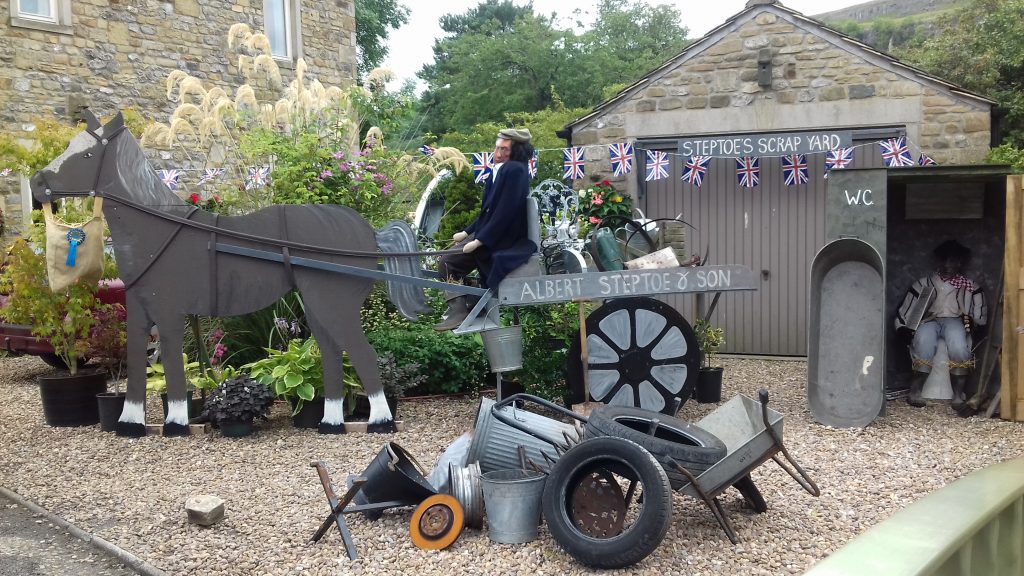 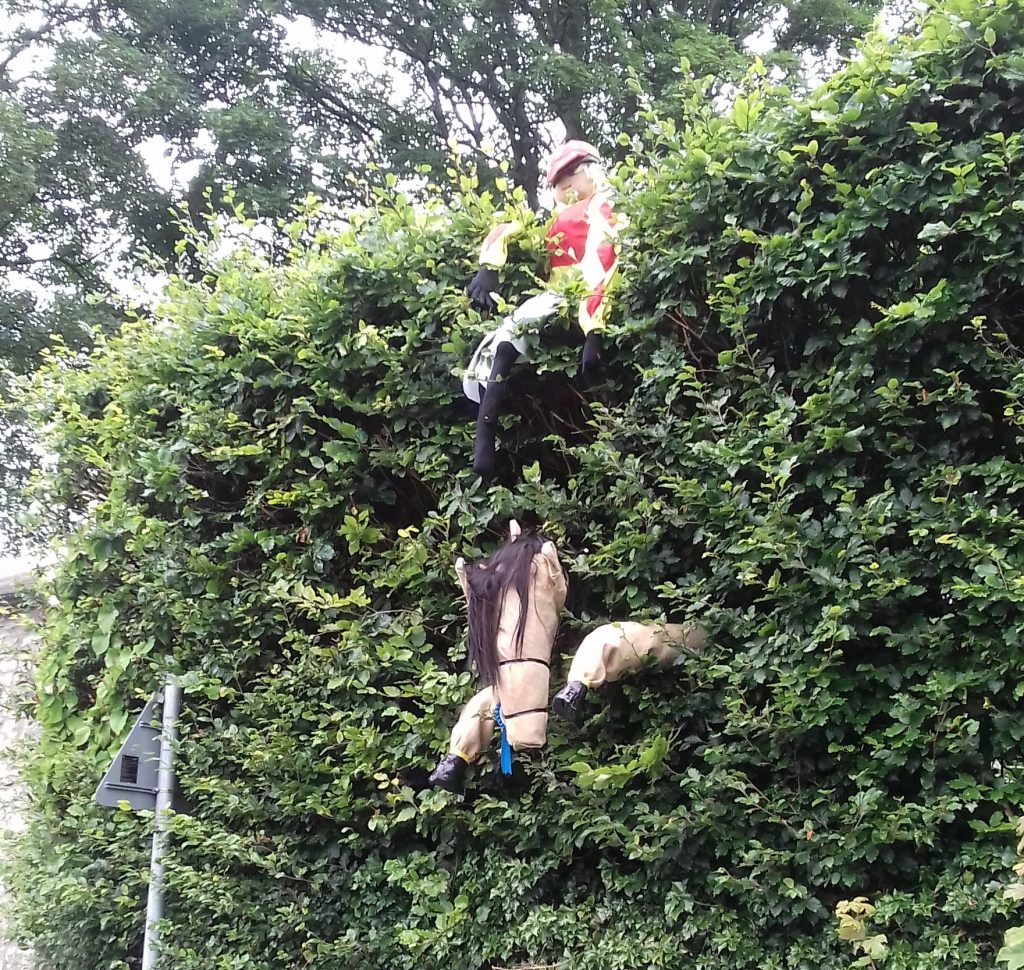 A hedge too high ! 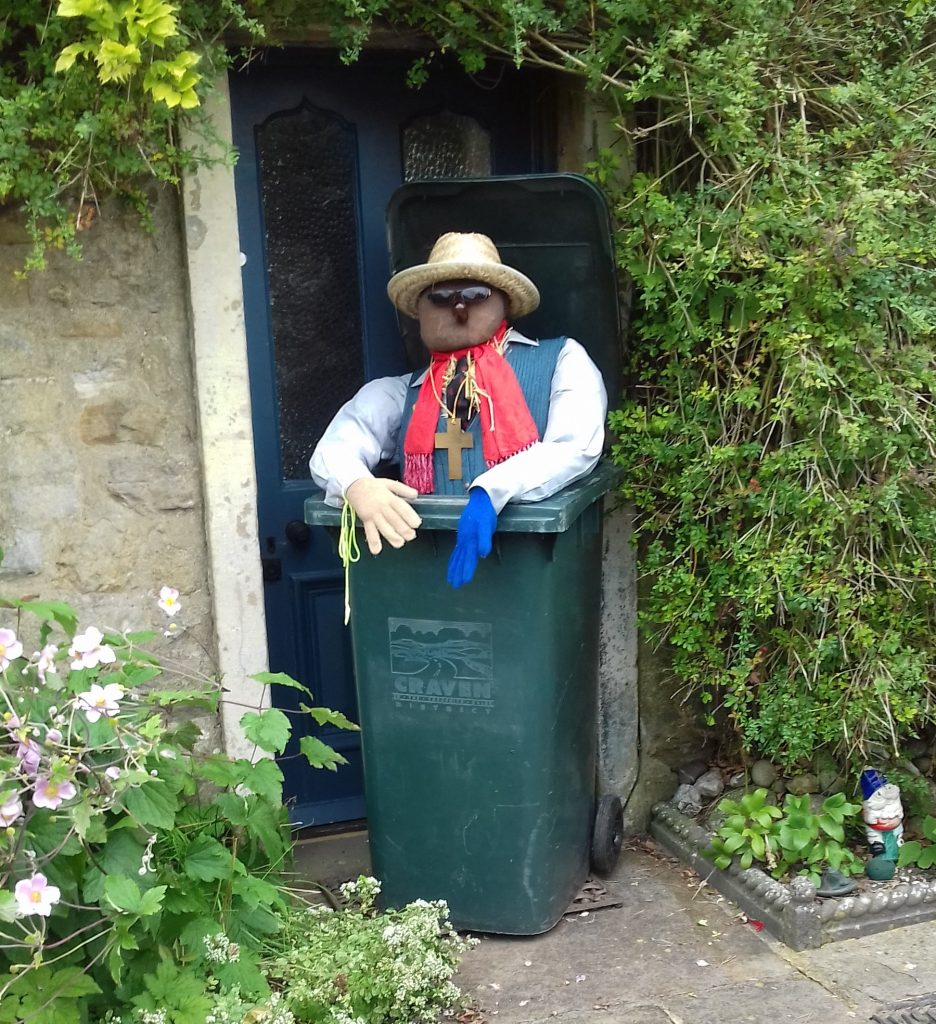 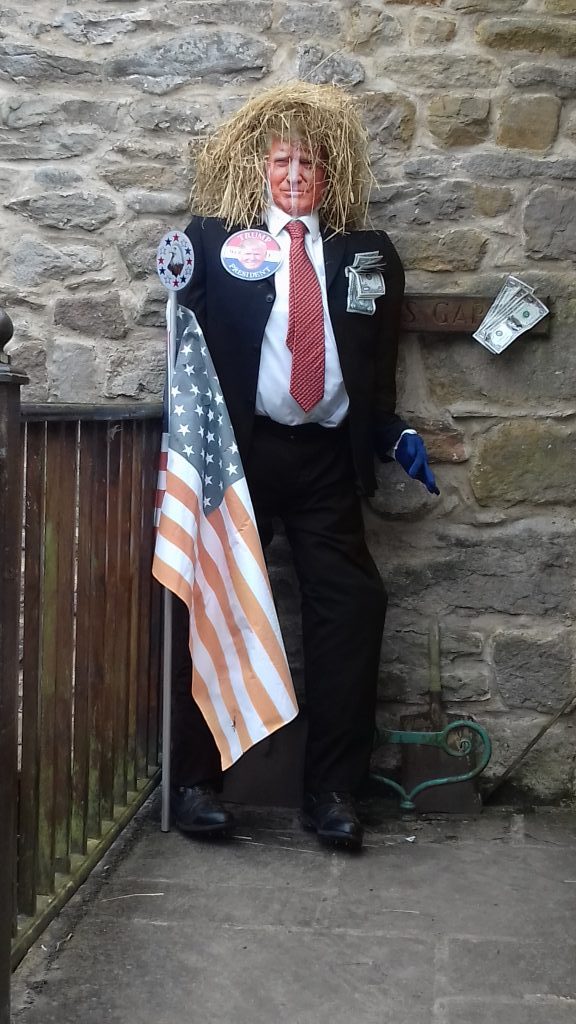 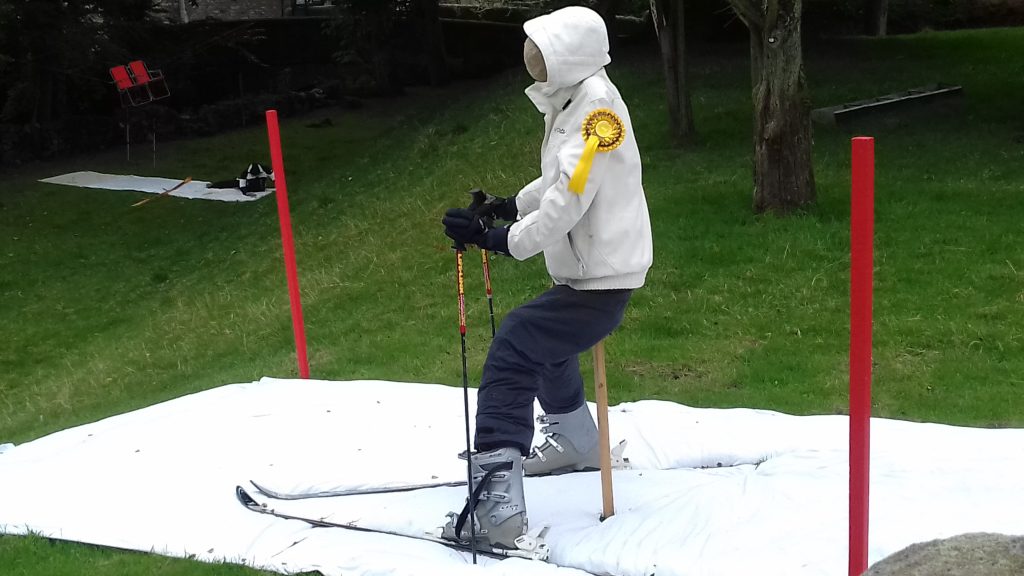 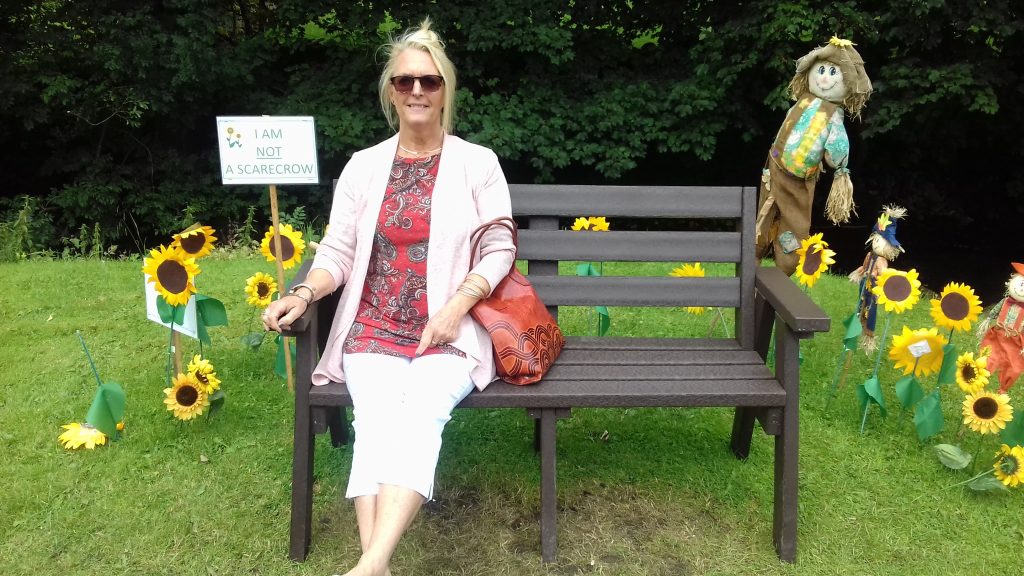 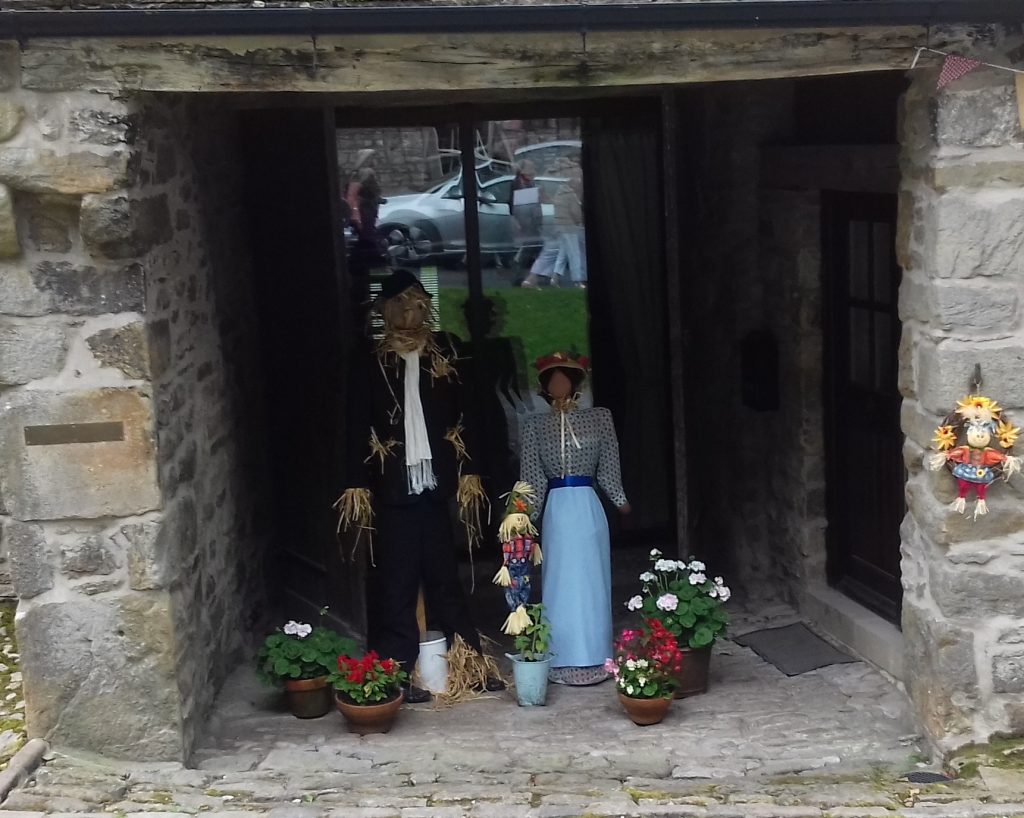 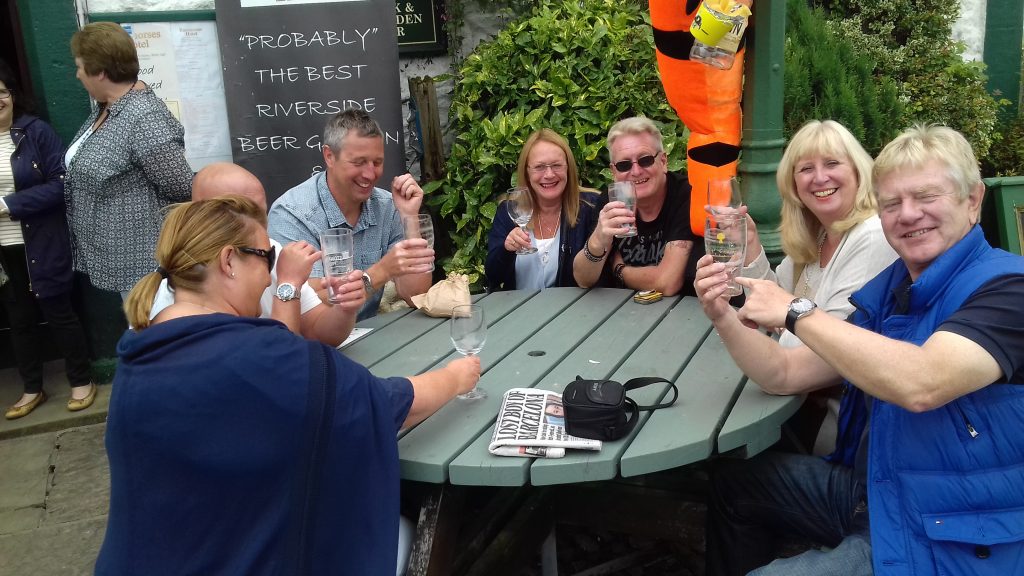 We made our way back at around 4.30 with 4 cars following us, driving towards Holmfirth and surrounding areas.  Some of the roads and lanes were a little bit narrower than we had thought but the views from the tops were well worth it.  We didn’t get in till around 7.30 but we had really enjoyed the day.