Since the MX-5 is one of the world’s most loved cars it stands to reason that it has had some pretty famous owners song the way. With most famous actors or personalities favouring something faster and more exotic than the humble 5 once they’ve made their mark, so who are the most notable celebrities or personalities who have kept that slice of lightweight fun in their lives? 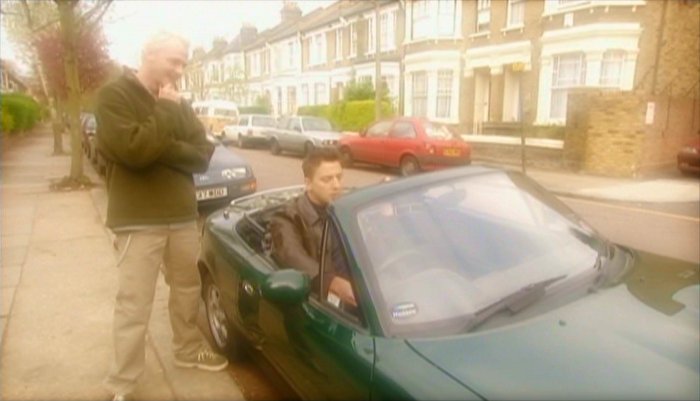 Of Shaun of the Dead, Hot Fuzz and even Mission Impossible fame, Simon Pegg has been on our screens for years. Did you catch one of his earliest shows called spaced? If so you’ll remember that Peter Serafinowicsz’ character drove a green NA MX-5. This car was in fact owned by none other than Simon Pegg himself. 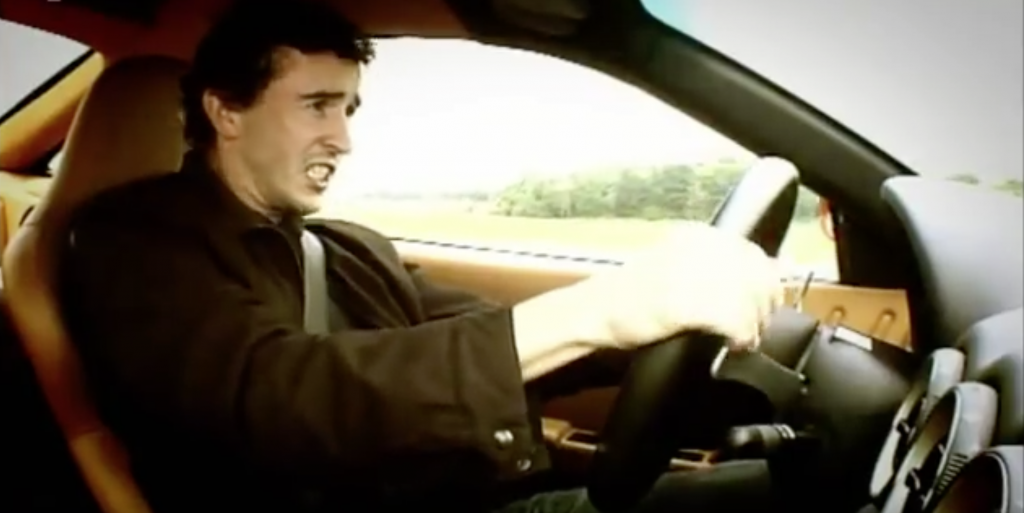 No picture of Steeve with his MX-5, you’ll have to make do with a Ferrari…

A firm petrol head and fully qualified car nut who has owned a variety of exciting cars. In terms of his MX-5 chops he is quoted to own an SE, however it did land him in a spot of bother a couple of years ago. Steve collected a fine and a short term driving ban for his antics in Brighton. Read more about that incident here. 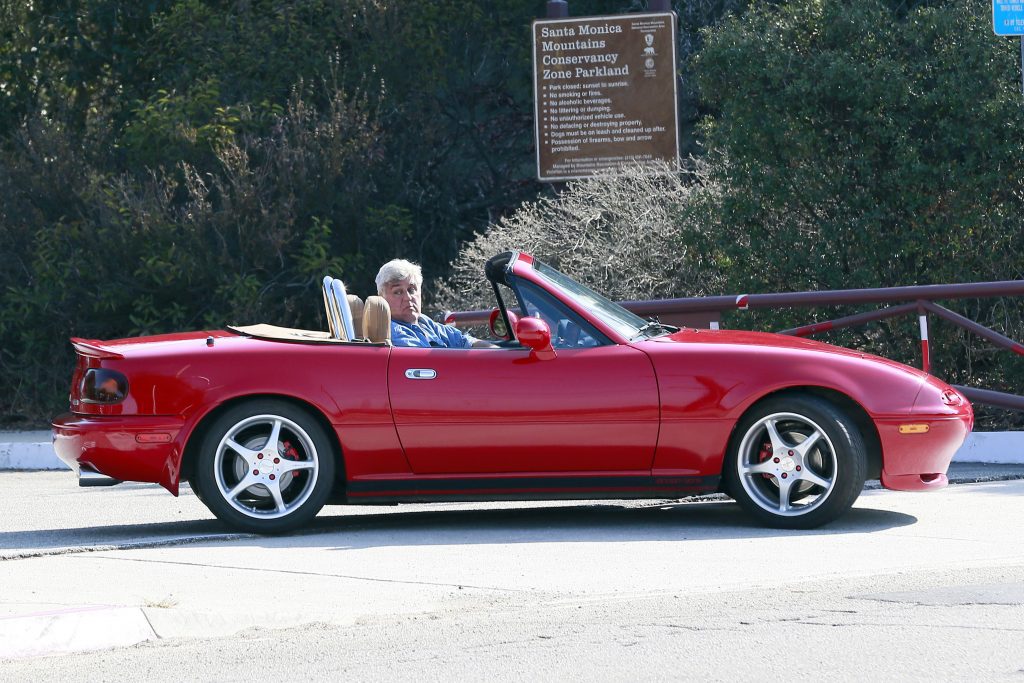 Jay Leno in his MX-5 whilst filming in L.A. Credit moejackson.com

Possibly the world’s most famous car collector and the king of the petrol heads, Jay Leno also owns an MX-5 and says it is one of his favourites. Having inherited the car from his late brother, the car was fitted with uprated suspension and a supercharger. Jay said he fell in love with it, not only for the handling but also for the fact he could leave it without worrying about massive repair bills if it got dinged! 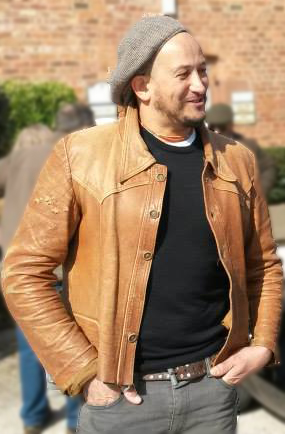 Fuzz is best known as a presenter on National Geographic’s Car SOS. He is also a motoring journalist  (for Classic Car Weekly, among others), former editor of Practical Classics, drummer and mechanic. Fuzz is a known lover and previous owner of the MX-5, also joining us at our National Rally later this month. If you’d like to chat to him about the 5 then you can buy tickets to our largest MX-5 event ever here.

So there we have a few of the biggest names to have owned MX-5s. A lot of the other famous MX-5 owners have had relatively little documentation supporting their ownership. Honourable mentions go to Mark Lamar, Gaby Roslin and Benedict Cumberbatch who are also rumoured to have owned 5s in their time.

Have we missed someone off this list? Or do you own an ex-celebrity owned 5? Let us know in the comments below.

We are holding the World’s biggest MX-5 event at the British Motor Museum, and you can join us! Click the button below to read more about this unmissable day.