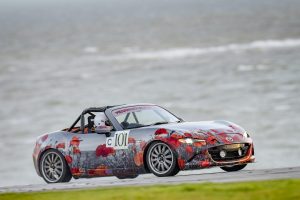 Credit raceofrememberance.com The Poppy car from the 2015 RoR

This Year the club has again two teams entered for this great event to be held at Anglesey over the weekend of 10th to 12th of November. Last Year the Clubs race teams gained 1st and 3rd in class over what was a 9hr endurance race. This year we have even a bigger challenge with the race being run over 12 hours. 6hrs on the Saturday and 6hrs on the Sunday. What makes this event so special is the race being stopped for the Remembrance parade that takes place in the pit lane at 11.00hrs on the Sunday. This event is organised by Mission Motorsport, a forces charity that supports Injured, wounded and sick forces from conflicts both past and present..  As a club member, If you would like to get more involved and come along and help then please contact The motorsport Co-Ordinator on peter.mcnicol@mx5oc.co.uk 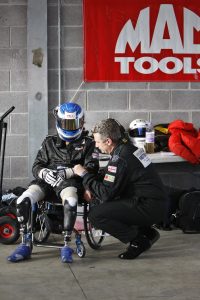 The 2nd Tuesday monthly meeting will be held at the Meadow Inn, Ironbridge. This charming, wood-beamed inn next to the River Severn is 0.5 miles from the Museum of the Gorge and a mile from[...]
View Calendar
Add