At our National Rally we sat down to have a chat with long serving MX-5 fan and editor of Classic Car Weekly – David Simister. David was kind enough to spend some time with us to talk all things car clubs, MX-5s and to tell us where his love for the 5 began.

When he was young David’s earliest memory of the MX-5 was watching them from the back of his Dad’s 110 Land Rover on a stuffy summer’s day. Seeing idyllic couples waft by in their red sports car with pop-up headlights was enough to set his imagination going and kick start his passion for the car. The feeling of a hot and un air-conditioned 110 cab is enough to get anyone dreaming, so it’s only natural that having infinite headroom and constant fresh air appealed!

Once he could afford a car David was straight into an MX-5, more specifically a Eunos, in Marina Blue. The car’s previous owner had modified the wheels and seats but removed the mods before selling the car on, meaning David was the proud owner of his first Eunos, and a tidy and stock one at that.

When asked where the Marina Blue car is now David reveals that he regretfully had to sell the car to fund the move to Peterborough to begin his Classic Car Weekly career. The MX-5 bug, however, did not go away easily… 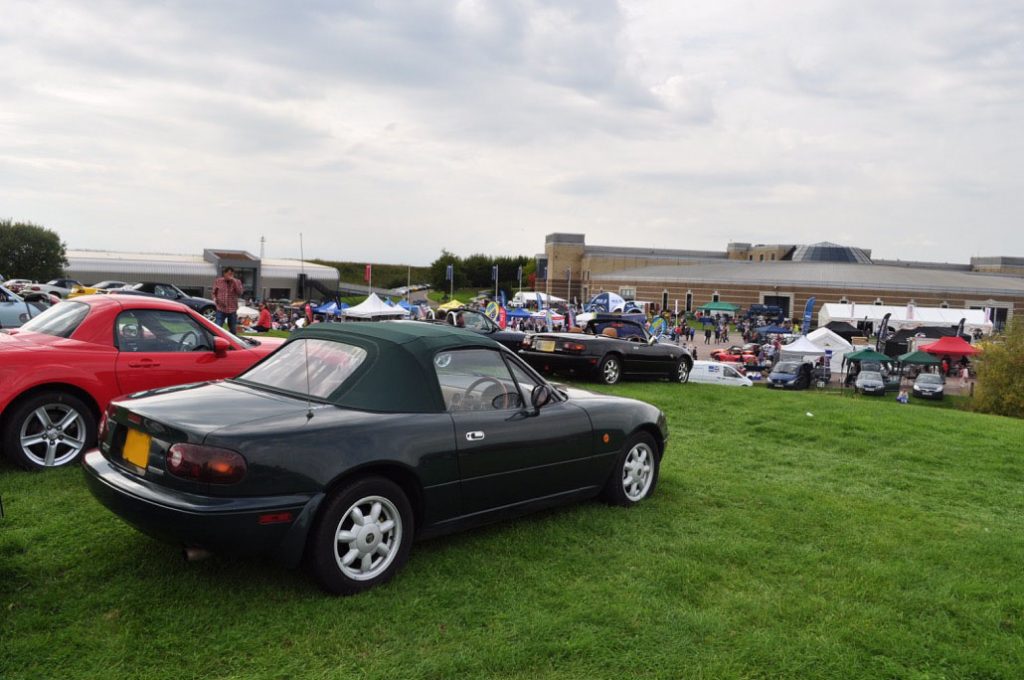 By virtue of his job, David revealed that he attends a lot of car shows for work (lucky guy) and was constantly seeing MX-5s wherever he went, reminding him of the Eunos he had left behind. Predictably it didn’t take him long to jump back in the hot seat, and after around a year with CCW he had bought the Eunos he owns to this day, and that he had arrived at the MX-5 Owners Club National Rally in – a British Racing Green Eunos with the automatic gearbox.

David’s classic car credentials are firmly in place and come out when asked about his favourite trips and experiences with his Eunos. David says the best thing he ever did with his car was to take it around the Nordscleife when reviewing the old timer Grand-Prix event at the Nürburgring. As well as this he also took it around the street circuit Oliver’s Mount up in Scarborough, not in anger but driving around the streets that make it up. David’s favourite thing to do with his Eunos is to take it on long trips to get the most out of it, these have included laps of Wales, the highlands and soon to be Cornwall. David’s Eunos is well used, well loved and well travelled – just as it should be. 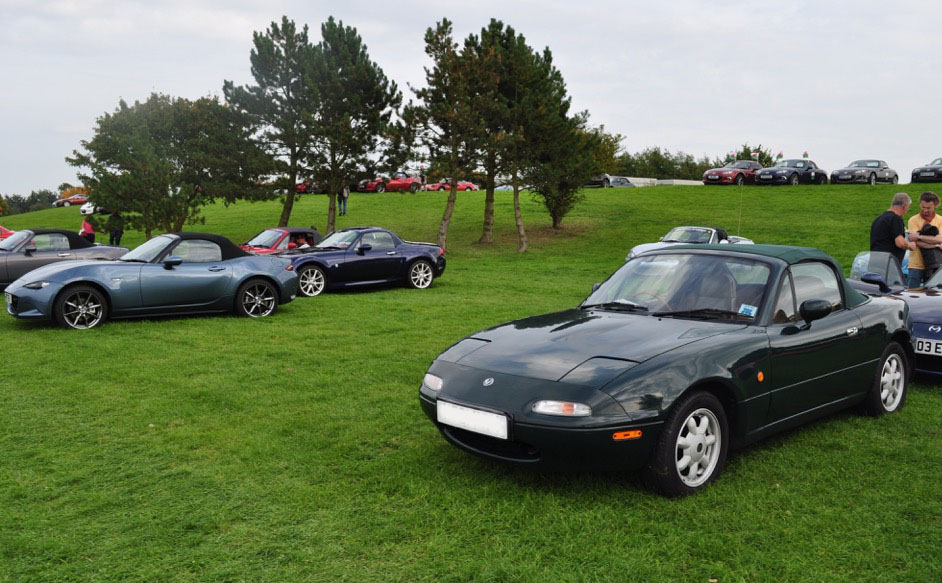 David’s fondness for the MX-5 runs even deeper as it would also be part of his 3-car dream garage, alongside a TVR Griffith and either an early Range Rover or S2 Land Rover – he hasn’t quite decided which 4×4 it would be.

It was great to meet with David to hear his stories about using his Eunos and it was a real pleasure to have him along for the day presenting and speaking alongside Fuzz Townshend at the National Rally. A massive thanks to both Gents for their time and patience on the day, we hope you all enjoyed seeing them as well!