Sometimes it takes a while for excellence to be recognized; certainly in the case of cult books, albums and films it can come too late for their creators – posthumous praise indeed. The same can be said of cars – the W124 generation Mercedes-Benz E-Class produced between the mid-eighties to mid-nineties was certainly admired during its launch and lifecycle, though little did we know then that it would be widely regarded as the high watermark for automotive build quality several decades later. The MX-5 faired a little differently.

From its first unveiling though, the MX-5 was a star; taking unarguable influence from sixties British roadsters – the Lotus Elan especially. Mazda applied the perfect synergy of engineering, styling and practicality to create a winning formula that continues to thrive three decades and four generations on. Keen to capitalize on the revitalized small roadster market other manufactures entered the fray – particularly during the nineties – with an assortment of front or mid-engined and FWD or RWD variations of the theme.

Familiarity irrevocably changes perceptions. But on its launch in 1995 the MG F really did appear to herald a brave new dawn for MG. A transverse mid-engine layout seemed wildly exotic for a sports car wearing the Morris Garages hexagon, while the nitrogen-based Hydragas suspension offered a distinct USP in the roadster class. Styling-wise the MG F’s looks were homogenously cute and inoffensive, though successive budget-driven facelifts couldn’t hide the ravages of time. Rebadged as the TF for 2002, the problematic Hydragas was ditched in favour of conventional suspension though the earlier car’s reputation for head gasket failure lingered like a pungent aroma until the model’s death in 2011. Insanely cheap prices – £1500 for a 40,000 mile one-owner TF from a dealer – simply reflect the sad fact that the MG badge now holds little aura for the vast majority of under-sixties.

Translated as ‘little boat’ in Italian. On paper the Barchetta’s front-wheel drive configuration, Mk1 Punto chassis and left hand drive-only status convincingly conspire against any roadster credibility for the diminutive Fiat but, proving the adage that the sum can be greater than its parts. To dismiss it on such grounds would be unduly premature and unfair.
Perhaps it’s due to the fact that cars have disproportionately grown in size over the past two decades and that the Barchetta was hardly a familiar sight even whilst on sale, but to behold an example now is a treat. Evocatively styled, from the romantically maritime upsweep of its nose to the classic Ferrari-like recessed quad tail-lights via an undulating wave that runs from wing to wing, it’s a peach. The 2003-onwards facelifted model is best avoided though, as the formerly elegant front visage was criminally butchered in favour of a dreadful sub-kit car frontage. With 130 bhp produced by its 1747 cc DOHC and a level of brio at the wheel to match its charming looks, the Barchetta is – in archetypal Italian fashion – a classic candidate for sometimes following your heart over your head. 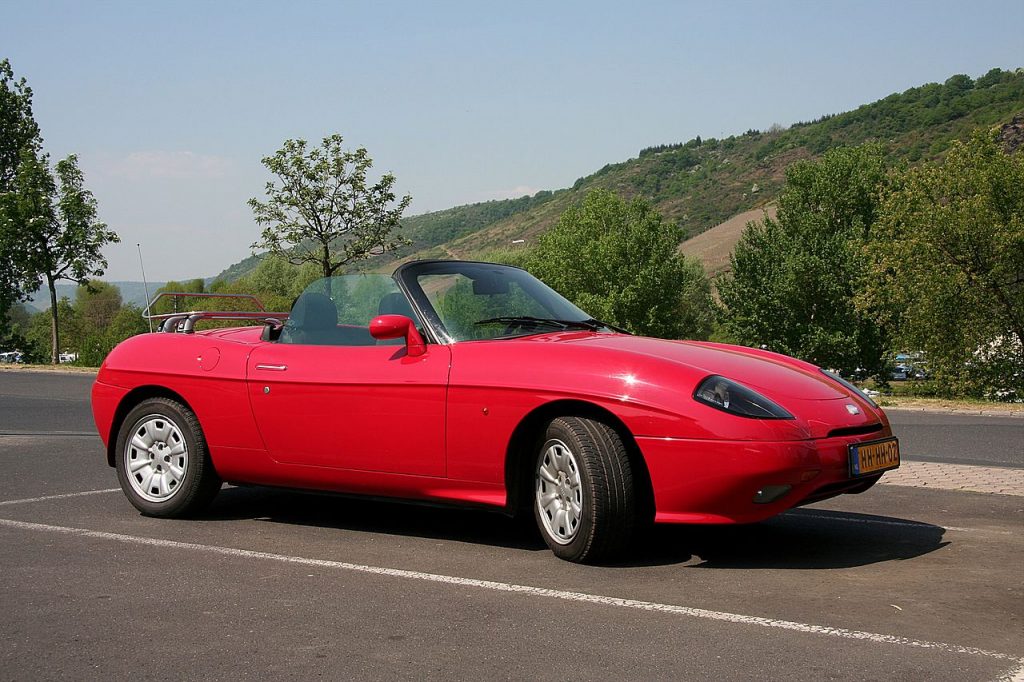 Lauded upon its release as (both in scale and price) a miniaturised Porsche Boxster, if anything the third generation MR2 has aged the better of the two. The way its form follows function bodywork seemingly stretches over the bare-minimum mid-engined structure is crisply clinical, whilst in its original incarnation the aforementioned Stuttgart soft-top’s combination of soap bar softness and ungainly headlamp clusters reflect Porsche’s tentative then-new stylistic direction.
Measuring thirty centimetres and over two hundred and fifty kilogrammes less than the preceding W20 second generation model, the last of the MR2s finally provided Toyota with a comparable rival to the MX-5 thanks to its compact dimensions and fully folding roof (its two predecessors only offered the option of removable T-top panels).

The W30 is largely considered to be the purest handling of all the MR2s while its transverse-mounted 1794 cc inline-four thrives on revs thanks to Toyota’s VVT-i variable valve timing technology. £3500 currently secures a cherished, low mileage silver manual example from 2005 with the desirable hard-top and a black leather interior – fine value for what is, to date, the best all-round MX-5 challenger yet. 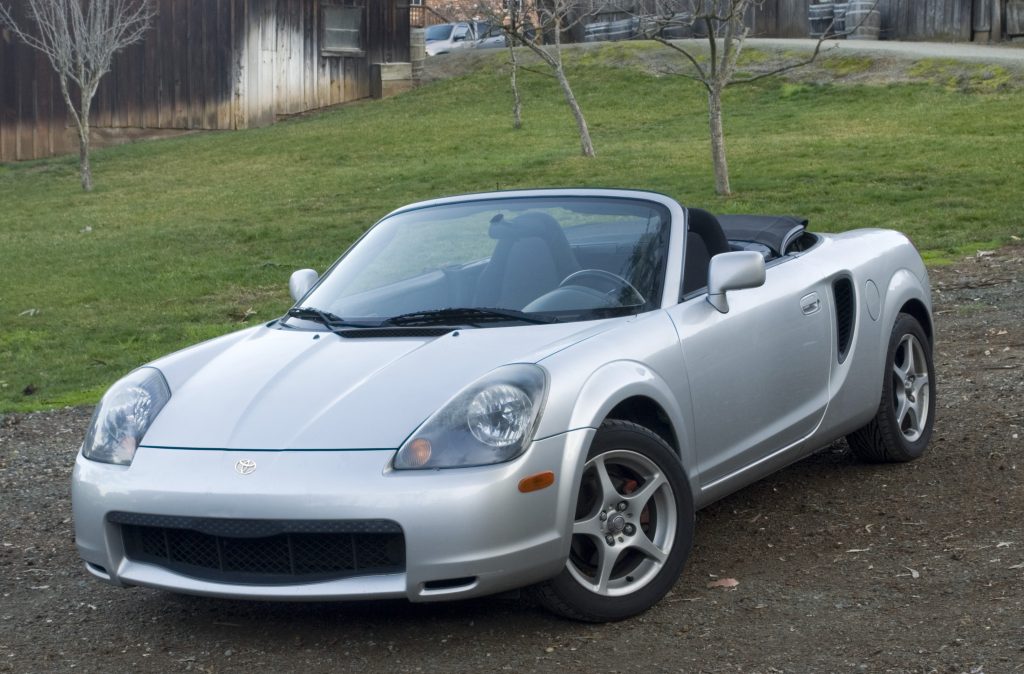