A brief history of the MX-5

The Mazda MX-5 or Mazda Miata or Eunos Roadster, depending on where you’re from, is regarded as one of the best two seat roadsters ever made. From its first release in 1989 to present day, each new iteration has built on the foundations of the humble MK1.

In April of last year, Mazda built their 1,000,000th MX-5. This mile stone means that on average, 37,037 MX5s have been sold globally each year since its release. The car even holds a Guinness Book of Records achievement as the most popular sports car of all time. When someone asks on an internet forum “what’s a good track car?” You know someone will answer with “the MX5”. The same answer comes up when people ask about a cheap fun weekend car or a good car to learn mechanics on. The MX-5 is a very popular choice for most situations, but where did the car come from?

The journey to success started in 1976 when Bob Hall, a motor trend contributor who specialised in Japanese cars met with the R&D department at Mazda and planted the seed that Mazda should build a modern British sports car. Five years later, in 1981, Hall found himself in charge of product planning for Mazda USA and convinced his bosses to move forward on the concept of a light-weight roadster. For this project to be a success, Bob needed a designer who could bring his ideas to life. He approach and employed Mark Jordan, who at the time was in charge of Opel. Mark Jordan and Bob Hall set to work drawing up the initial concepts of design and in less than 12 months Mazda had approved the Offline 55 Project. 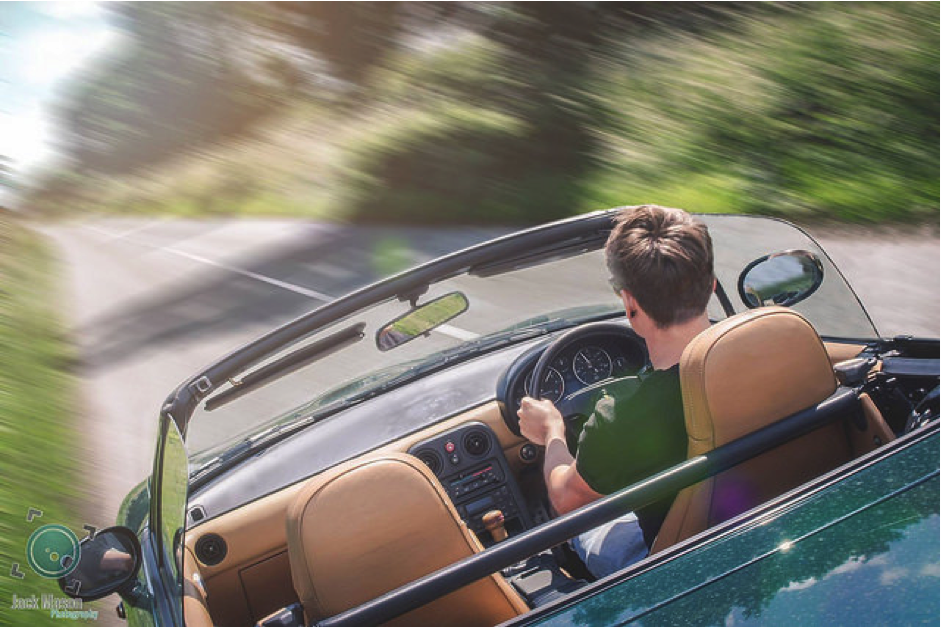 A misconception is that the Offline 55 Project was a code name for the cars initial concept. But it wasn’t, Offline 55 Project was in fact a new system for development where Mazda pitched their North American design team against their Japanese team in Tokyo. This was an effort to change the way Mazda bought new concepts to market.

Bob Hall’s team grew at this point and designer Tom Matano joined as the chief designer for North American operations. Working with Hall and Jordan’s brief, Matano drew up the initial plans taking heavy influence from the early Lotus Elan. The first concept was available in both a convertible and hard top design and was named the Duo 101.

It was now 1984, and Hall and his team took all their work to Mazda head office in Tokyo to be judged. The Tokyo team had come up with two designs. A front engine front wheel drive option and a mid-engine rear wheel drive option. The head of Mazda was impressed by both the American design and the Tokyo teams mid-engine concept and had both teams carry out one last step before making a decision. He had both teams make a full size clay model and the American teams’ front engine; rear wheel drive design was picked. 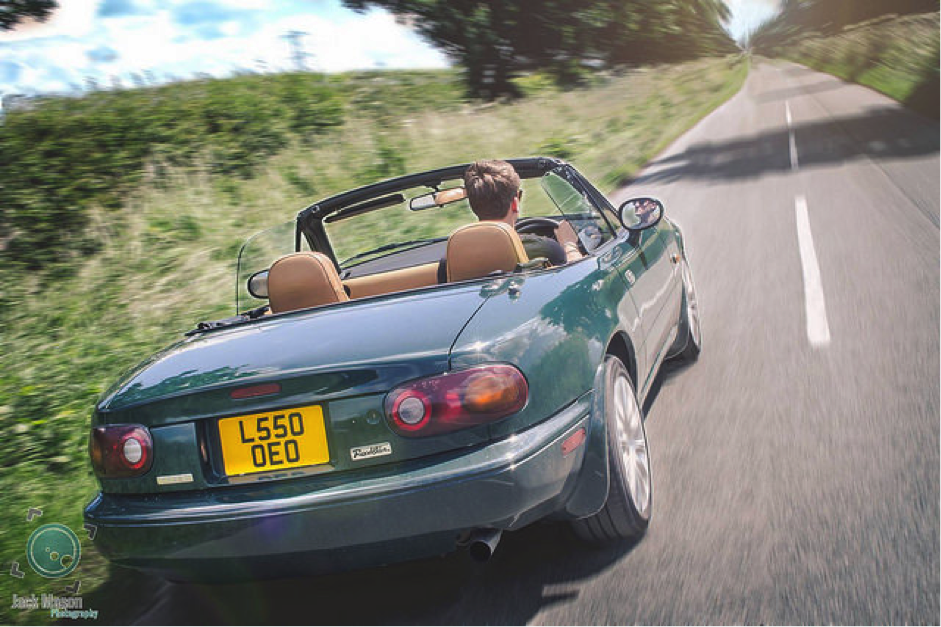 With the design chosen, there was one theme that has guided Mazda through the cars development and various redesigns, ‘Jinba ittai’. Jinba ittai roughly translates to ‘rider and horse, one body’. And this theme dictated that the car must be as light and compact as possible while still being comfortable and having a perfect 50/50 weight distribution that the driver feels a part of.

The year was now 1989 and the final production model of the new Mazda Miata was unveiled at the Chicago Auto Show. Positive reviews soon came rolling in and public interest mounted. Dealerships found themselves with some very long waiting lists. One of the contributing factors to the first generations MX5s success was its reasonable price point. The base model was priced at just over £14,000. You could spec them up with electric windows, power steering, leather trim and air conditioning. But the driving experience didn’t change; they were all just as engaging as one another.

Another reason the MX-5 has enjoyed its success, is the ease of maintenance. Home mechanics could do most of the work themselves with the most basic of tools. This has resulted in a large following of younger fans enjoying the thrill of a rear wheel drive roadster at an affordable running cost and also spawned a huge market for modifications and aftermarket parts, helping keep the older cars alive and kicking. 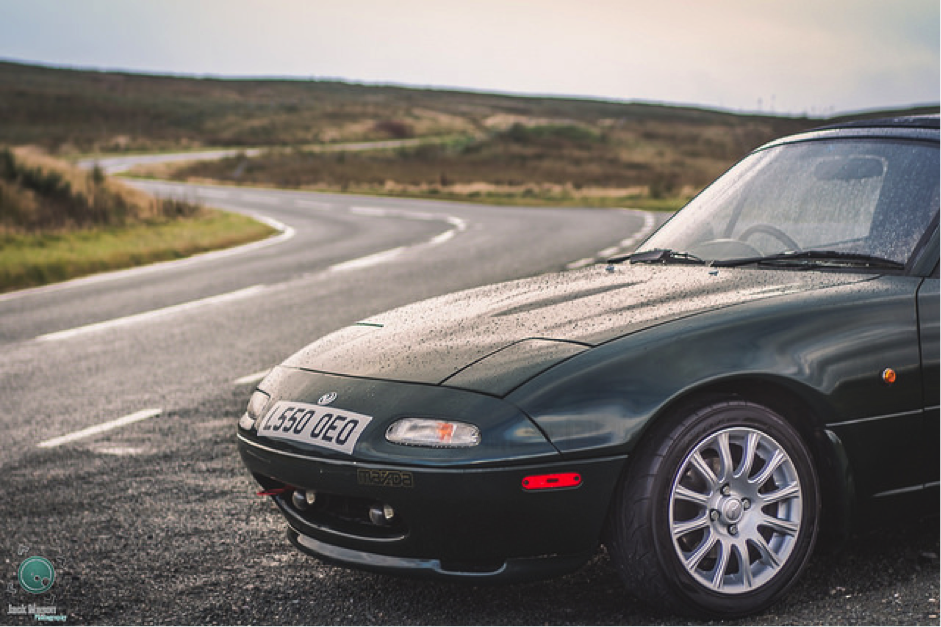 The general public aren’t the only ones who love the MX-5, Mazda also love their little roadster. Its popularity resulted in Mazda launching their performance division in 1991, under the name of M2 incorporated, now called Mazdaspeed. M2 incorporated designed three hard-core versions of the MX-5 but they only went on sale to the Japanese market. While the rest of the world missed out on these cars, they still helped establish the MX5 as a competitive racing car that was soon taken seriously.

In 1997 Mazda unveiled the MK2 MX-5 at the Tokyo Motor Show, now with a more powerful engine and a new looks, borrowing a lot of its styling from the Mazda RX7. The biggest change people noticed about the MK2 was the fixed headlights that replaced the first generations pop up lights.

Now in the early 2000s, enough people were taking their MX5s to the race track that a number of specific racing series were started. In the USA, we can enjoy Spec Miata, and in the UK we have the BRSCC Mazda MX5 Championship. With the MK2 proving just as popular as the MK1, Mazdaspeed (previously M2) released another hardened performance car, the Mazdaspeed MX5. Again, this was destined for the Japanese market only. The car made a 178bhp from a factory fit turbo charged 1.8l engine. 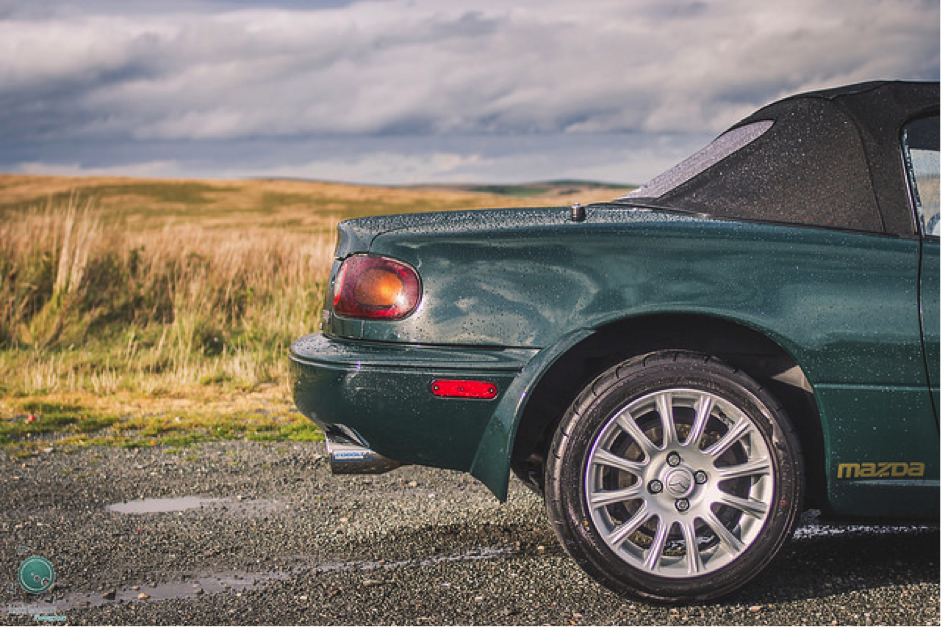 Up until this point, Mazda had enjoyed dominating this segment of the market. But now in the mid-2000s, they were competing with the likes of the Audi TT, Porsche Boxster, BMW Z4, Nissan 350z and Toyota MR2. As a result, the MK3 MX5 took on various facelifts and options to keep buyers interested, but nothing seemed to work and Mazda started to lose their grip on the roadster market.

Mazda realised that if they wanted to regain control, they needed to reinvent the car they had used to reinvent the roadster. In 2016 they debuted the new MK4 MX-5, taking things back to where they started. The car was now 4 inches shorter from nose to tail and had lost a considerable amount of weight (nearly 100kg lighter than its predecessor). The MK4 came with two gearbox options, a 6 speed manual and a six speed auto and produces 150bhp.

Since the MK4s release, the MX-5 has managed to recapture the spirit and essence of the first generation car. You can’t go to a track day without seeing an MX-5 and you can’t see one without seeing its driving smiling from ear to ear. 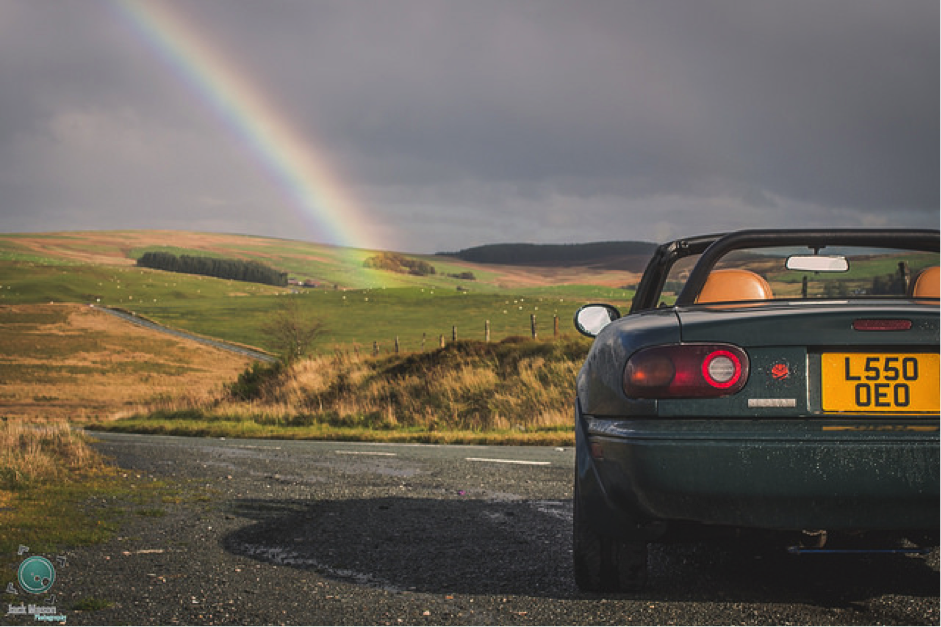 Words and photos by Jack Mason