Thank you to everyone that took part in the Norfolk Fives Halloween event, you all put in a lot of effort and made the event a great success. We had some interesting looks while driving around Norwich city centre. 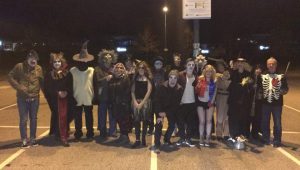 The joint winners of the best costume and decorated MX5 are: Nigel and Liz / John and Dawn. 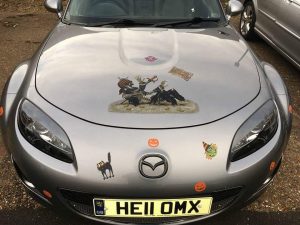 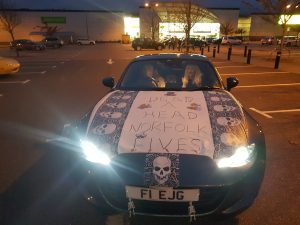 The best photo was won by Chris and Katie. 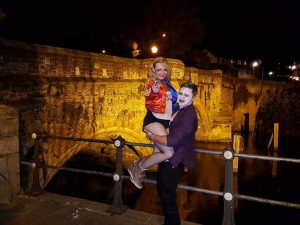 The best costume prize was won by Jamie and Claire 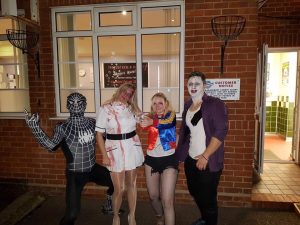 With a special prize for little Perrin. 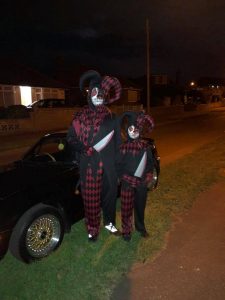 Here are a few more photos from the event. 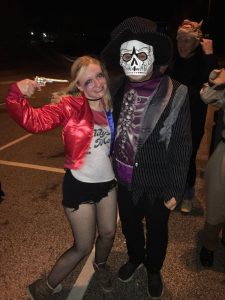 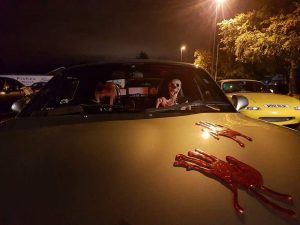 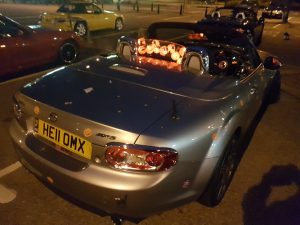 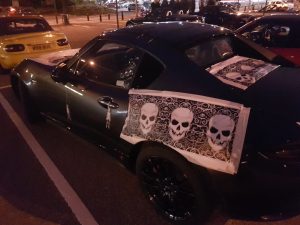 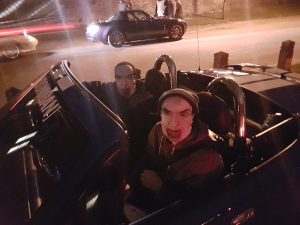 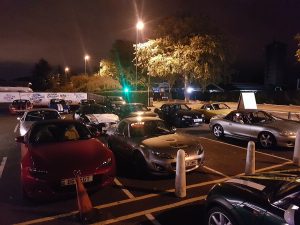 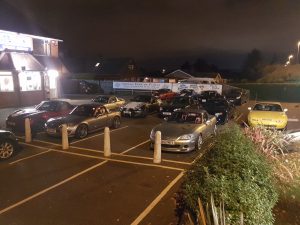 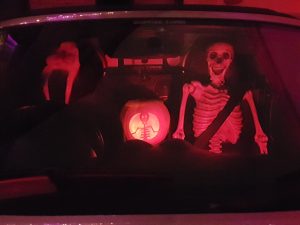 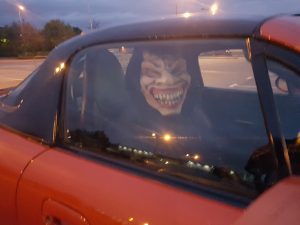 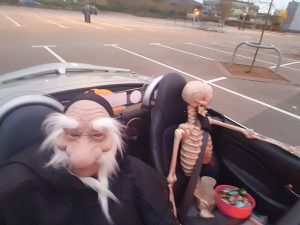 The four locations everyone had to visit before meeting up for Fish and Chips.

The Adam and Eve Public House

Located on Bishopbridge, the Adam and Eve is dated at 1249, making it the oldest  pub in Norwich. The monks from the great  hospital used it as a brew house. The pub  has been known for its ghosts, since 1549.  The main ghost, which is nicknamed Sam,  is thought to be Lord Sheffield. He died  during Robert Ketts rebellion. He  surrendered but Ketts men were not aware  of his ritual of surrender and he was hit with  a cleaver. He was taken to the Adam and Eve, where he died. Reports of hot and cold spots, footsteps heard the bell in the pub would ring; tankards on hooks would dance, being tapped on the shoulder and the feeling of someone running their fingers through their hair. Ashtrays falling from the bar, things would move in the cellar.

A spirit man named William Sewart has been seen “He usually either has a bucket with him or is carrying a decapitated head”. William and his wife Martha were not happily married (1842). Martha went away and he didn’t know when she would return. Not long after for five nights, body parts were found in the city. The body parts made up a whole body, up to the neck. William then announced he was going to join Martha. Seventeen years later (1859), William turned himself in to an east end police station. He confessed when he came back to Norwich, they had an argument, Martha fell and hit her head, and he had to lie as everyone knew he beat Martha. He cut Martha into pieces, boiled her on the stove and cut the pieces smaller and proceeded to put parts around Norwich. Martha’s head is still missing and he never confessed to where he put her head.

Norwich opened as a prison in 1887, on the site of the Britannia Barracks (the former home of the Royal Norfolk Regiment). The prison has had a variety of roles over the years, but today acts as a prison for Category B & C inmates. Not haunted, but still a scary place to end up.

There are two tunnels in the cellar, one leading to cow tower and the other to the river. The prisoners were made to walk the streets lined with people across Bishopgate Bridge to their death, which is opposite Lollards Pit Pub.