In my last article, I examined a trio of nineties contenders for the MX-5’s crown: the MG F (latterly TF), Fiat Barchetta and, in its third and final incarnation, the Toyota MR2. This time I’m focusing on an intriguing challenger that emerged around the turn of the millennium – the Smart Roadster. 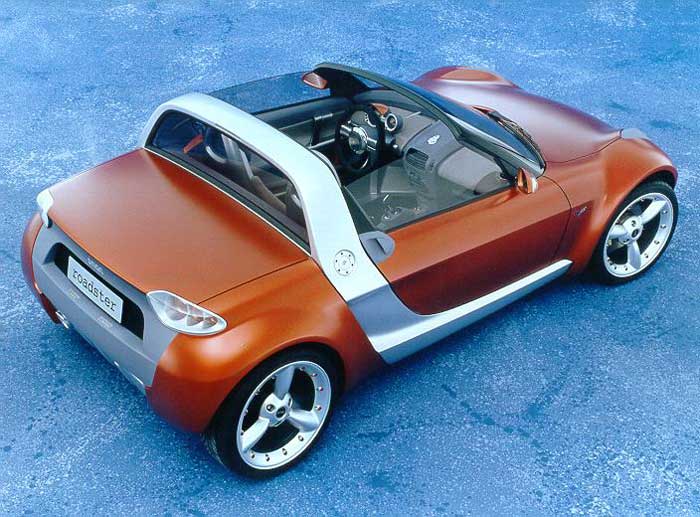 Unveiled as a production-mirroring concept at the 1999 Frankfurt Motor Show, the Roadster’s diminutive proportions were closer to sporty Japanese kei cars. The production Roadster actually measured over half a meter less than the Mk2 MX-5, and bore more resemblance cars like the Honda Beat, Suzuki Capuccino and Daihatsu Copen. Especially in Roadster-Coupe guise, which sported a more harmonious shooting brake-style hatch, it was a boldly modern and adventurous design.

It was originally conceived as a purist ‘all thrills, no frills’ sports car, that resourcefully borrowed existing mechanicals from the existing and proven Smart city car. The resultant Roadster’s compact footprint, lightness (around 800 kg) and cheekily unmistakable appearance all pointed towards a resounding success…

Except it wasn’t. Well, not entirely anyway.

The reason? Complexity, in a word. Electric windows, electrically adjustable and heated door mirrors, a powered targa-style roof, remote central locking, air conditioning, and heated seats were fitted as standard on the 2003 to 2006 range. At some point, the planning team lost track of the original conceptual purity. 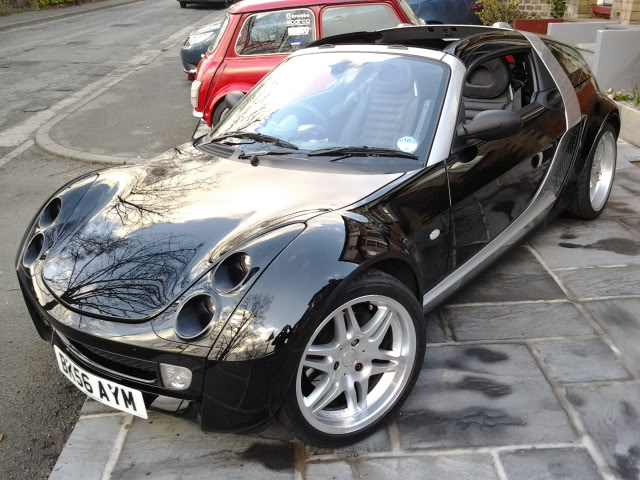 That combination of exquisiteness and excess is something I’m certainly qualified to reflect on, as for over three years – spanning 2009 to 2012 – I ran a 2006 Brabus Roadster-Coupe as my sole car. Looking like a shrunken Batmobile and riding on exquisite polished Brabus Monoblock VI 17″ alloys, for sheer visual drama alone, it was joy. Add to that point-and-squirt dynamics, an offbeat turbocharged triple-cylinder thrum and 55 mpg – regardless of how enthusiastically it was pedalled.

Inherent design flaws in the Roadster’s rain resistance ultimately led to the model’s demise, thanks to an overwhelming number of warranty claims. Those aforementioned plaudits were offset by a well-documented porousness that should’ve made a PADI scuba licence a purchase prerequisite. The condensation inside the cabin was so bad that I had to resort to drying down the inside of the windscreen at every traffic light. I wrote a droll letter to Mercedes-Benz UK stating that, whilst I (mostly) loved the car, I’d much rather be concentrating on the road ahead than wielding a flannel every five minutes. To their credit, they charged me just 10% of the out-of-warranty £2000 cost of replacing the roof and bulkhead seals. Tellingly, the main agent that I went through had binned the official fitting procedures in favour of a vastly more effective method that they’d refined in-house…

The Roadster’s Getrag six-speed automated manual will never be a substitute for a conventional manual ‘box (or a traditional torque converter automatic for that matter.) But, by adapting your driving style to its particular characteristics, it’s by no means a deal breaker.

Is the Smart Roadster a true MX-5 challenger?

On reflection, the Smart Roadster might have looked great (especially in Brabus guise), steered with brio and fulfilled its lightweight promise, but ultimately that unhappy combination of unnecessary complexity and unreliability were its undoing.

Meanwhile, in Hiroshima it was business as usual. Another one down…