Is Spec Miata the purest form of racing there is? Motor racing is a complex beast. It’s a multi-faceted discipline where success only comes when the stars all align in just the right way, and at just the right time. Take, for example, Lewis Hamilton in Formula One. He is undoubtedly one of The Greats, but his success has only come from the fact that his entire team are also right on top of their game at the same time. It’s doubtful that he would have won the World Championship driving a Toro Rosso.

The same can be said of many club level champions, whose budgets may be considerably larger than their rivals. Did they win on merit alone? There’s an argument to be made that America’s Spec Miata series is amongst the purest forms of racing that there is, because it removes as many of those variables as possible and provides incredibly competitive racing at a price point that as many people as possible can afford. Spec Miata consistently has the biggest grids of any grassroots racing in the US, and for good reason.

The Mazda MX-5 is the perfect base.

As a base for a one-make series, the Mazda MX-5 is just fundamentally right. The Mk1 and Mk2 series cars used in Spec Miata are plentiful, affordable, and reliable, and you don’t need to completely reengineer them to make a good track car. All that is required is the installation of a roll cage, a fixed racing seat and belts, and fitment of a spec bolt-in suspension kit comprised of off-the-shelf components. The wheels are replaced with lighter 15×7” rims of your choice, sticky semi-slick rubber is fitted and numbers are applied to the door. And that’s it – no fabrication and no fundamental reengineering means that a savvy racer can build a front running car for under eight grand. 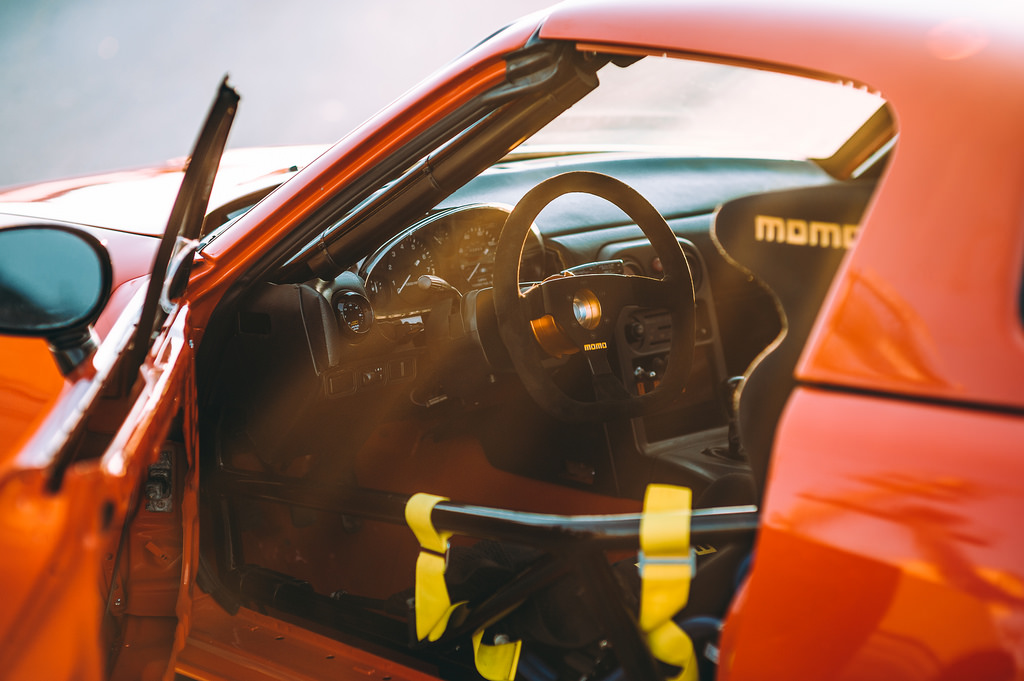 Of course, one-make race series are nothing new. But it comes down to money; there are thousands of brilliant drivers out there who can’t afford to get themselves into Formula Ford or Carrera Cup. However, you could probably run a whole season in Spec Miata for less than the cost of a single weekend in a modern open-wheeler. Therefore, the spread of talent in Spec Miata is much wider. All the guy down in 15th place needs to get on the podium is a few lucky breaks. That’s often not the case in expensive championships like Carrera Cup. 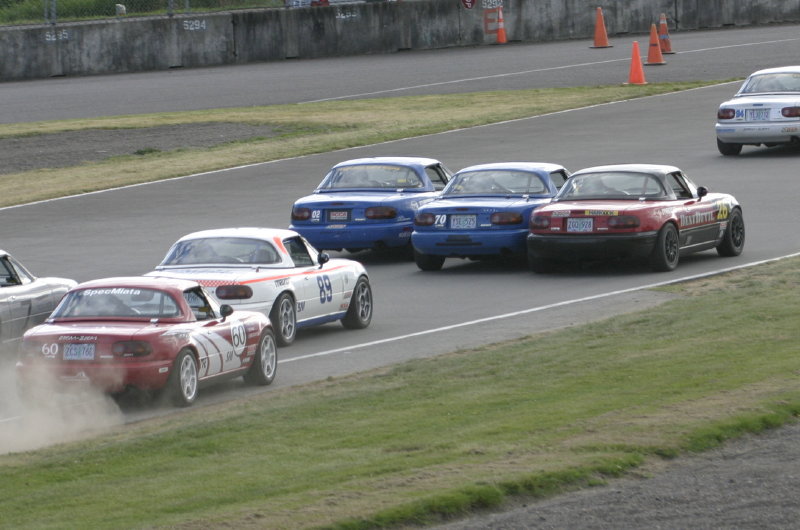 The closest racing there is.

A quick search on YouTube will show you how close the racing can be. Spec Miata is a rare class where all you need to have a shot at winning is careful car preparation and setup, raw talent and smart race craft. It doesn’t matter how good of an engineer you are; almost everything clever is outlawed. And it doesn’t really matter how big your budget is, as there’s only so much money you can throw at a Spec Miata within the rules.

Of course, when competition is this strong there will always be drivers looking for that little edge. At the 2014 SCCA National Runoffs (the Sports Car Club of America’s season finale meeting,) so many front running cars were disqualified because of illegally modified cylinder heads that 7th place was declared the national champion. But this is not the norm, as any significant performance advantage will surely be noticed.

These factors all contribute to make Spec Miata one of the purest forms of racing there is, and it’s all down to the suitability of the humble Mazda MX5.

In the next post, we will take a look at how to build a Spec Miata, and lessons that people in the UK can take from the series specification and apply to their own budget track cars. 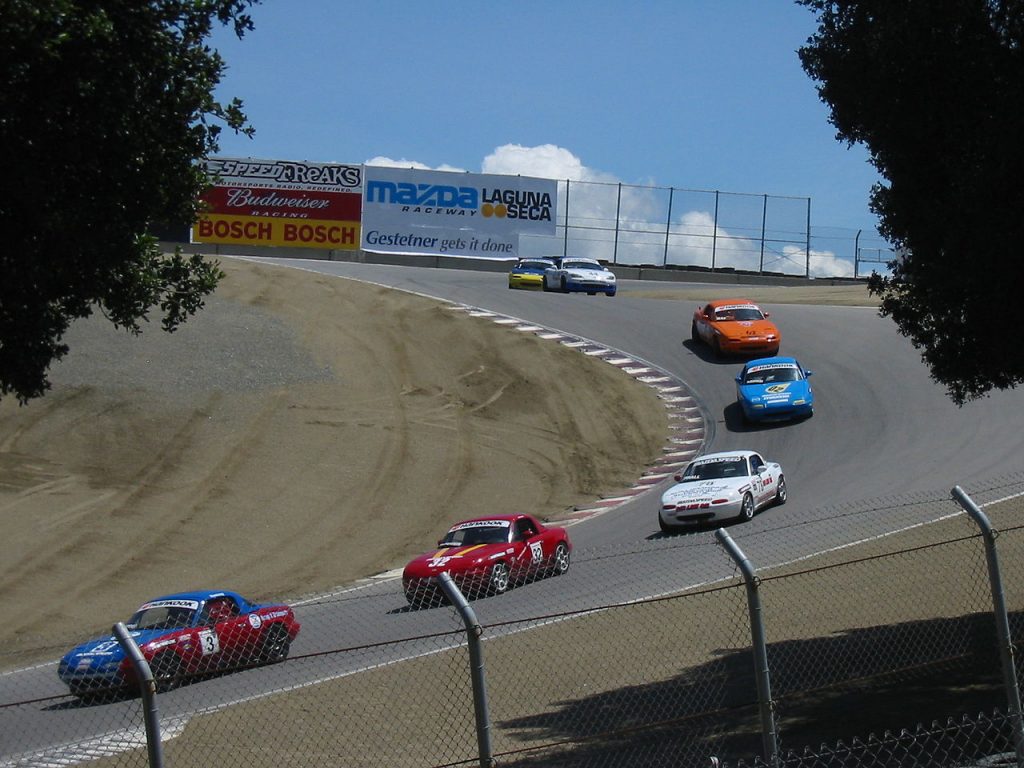