Last month we were excited to help a club member display their car at a national event. BRICKLIVE is a national LEGO weekend at the Birmingham NEC where fans get together to build and admire various projects, a firm favourite for the children and parents alike.

We had the opportunity to help provide a car for one of the stands at the event – the premise being children (and the Dads) build a car that can be raced down a small track. We launched a competition to find a wiling volunteer, the winner being Jon Earp. Jon runs a University racing team who race MK1 and MK3 MX-5s, and brought the MK3 with him to the show.

Jon is no stranger to the MX-5 community having sat on the MX-5 OC National Committee for a while before Peter McNicol. When asked about his history with MX-5s Jon said “I still own the first MX-5 I bought ten-or-more years ago, though it’s no longer a road car but competing around the UK and Europe as an endurance race car!”

As you can see below the MX-5 provided a great model for everyone to base their designs on, and Jon was delighted with the response his car received at BRICKLIVE. 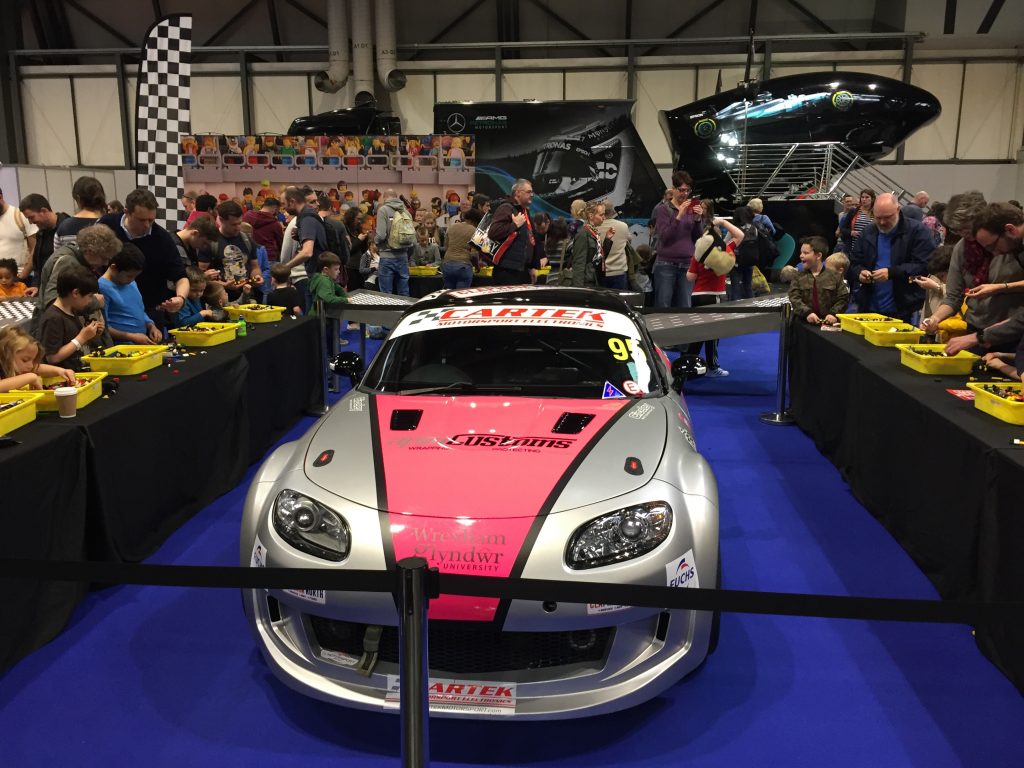