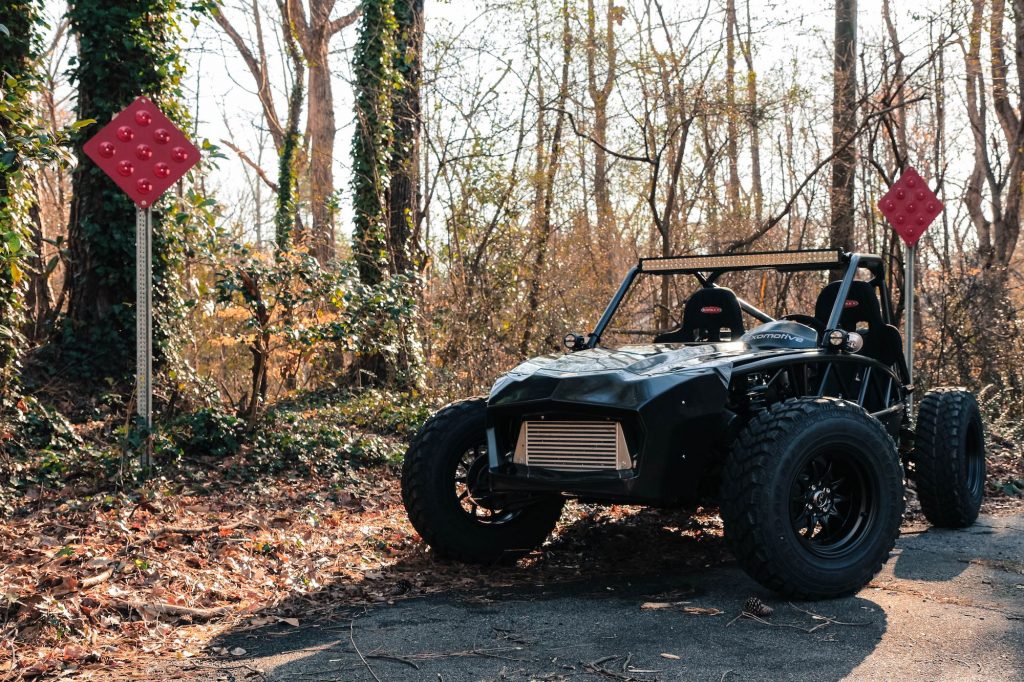 The MX-5 is widely lauded for its on-road prowess, but it’s not exactly designed for tearing along muddy paths and through forests at high speeds. It’s a style of driving that’s likely alien to most existing MX-5 owners, and about as far from the promise of relaxed afternoons of top-down motoring as is possible. However, nobody could deny that it looks like a whole lot of fun.

For several years now, a company called Exomotive have been producing the Exocet – a track-oriented kit car which uses the complete drivetrain from the Mk1 and Mk2 MX-5. Modelled on the Ariel Atom but costing significantly less to purchase and build, the Exocet is some 50% lighter than the MX-5 from which it takes its drivetrain, and enables its owner to easily built an extremely capable track or fast road car themselves. And now there’s an off-road version of it.

Components taken from the MX-5 include the engine, transmission and differential assembly, the front and rear suspension sub frames, brakes, wiring harness, and even the instrument binnacle. The Exocet Off-Road only differs with its use of stronger suspension arms, off-road style coilover dampers for more travel, and larger wheels fitted with chunky off-road tyres.

The Exocet Off-Road can be built as cheaply as its owner wishes, or if the budget is a little looser, the entire spectrum of the MX-5 aftermarket world is available. Exomotive’s own Exocet Off-Road demonstrator features a turbocharger conversion from MX-5 tuning specialists Flyin’ Miata, and the whole range of bespoke off-road racing suspension is available from companies such as Fox or Reiger.

In an interesting way, the Exocet Off-Road continues the tradition of specials like the famous Meyers Manx Beach Buggy, by taking an existing and time-honed mechanical package (the chassis and engine from the Beetle in the case of the Manx), and refitting it into a lighter and more purpose-built frame. Meyers Manx buggies were raced successfully in famous events such as the Baja 1000, and there’s no reason why an Exocet Off-Road couldn’t be prepared for similar types of events. 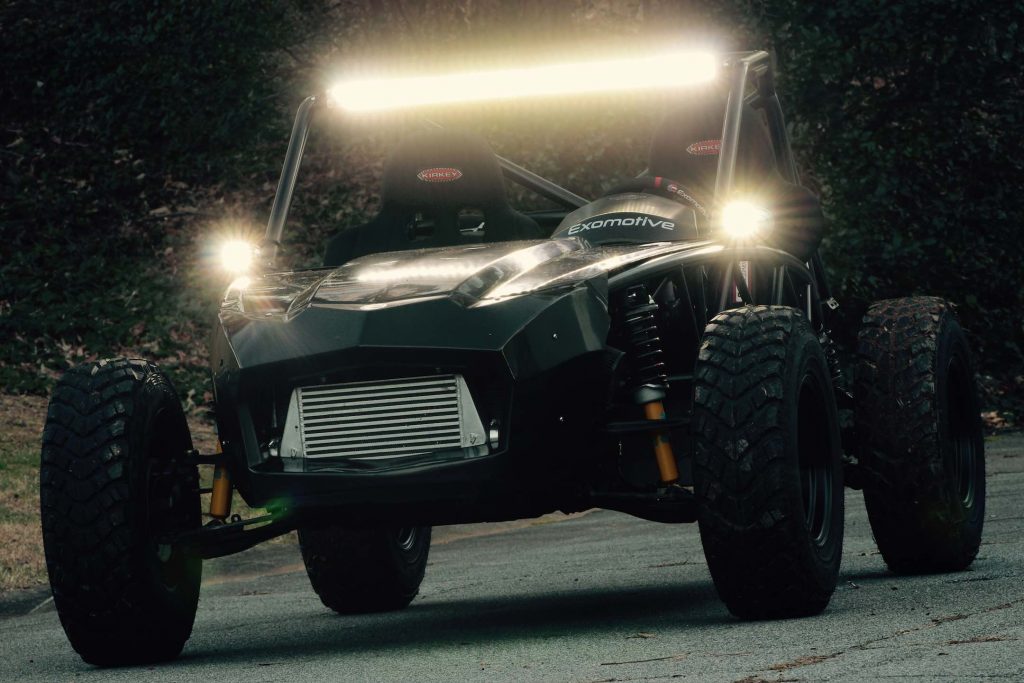 The Exocet concept makes a lot of sense in the UK as there are any number of rusty donor MX5s out there, all with good drivelines but with failed MOTs for bodywork issues. Given that the rusty chassis is tossed in the bin and that unused parts such as panels and interior trim pieces can be sold, Exomotive reckon that would-be builders can actually acquire the required driveline for zero cost, and in some cases, can even turn a small profit from the sale of what’s left over.

It all sounds like a whole lot of fun, and we’re really struggling to think of what else you could buy for the money which would put a similar smile on your face.