Our top Five’s from the Sunday Scramble 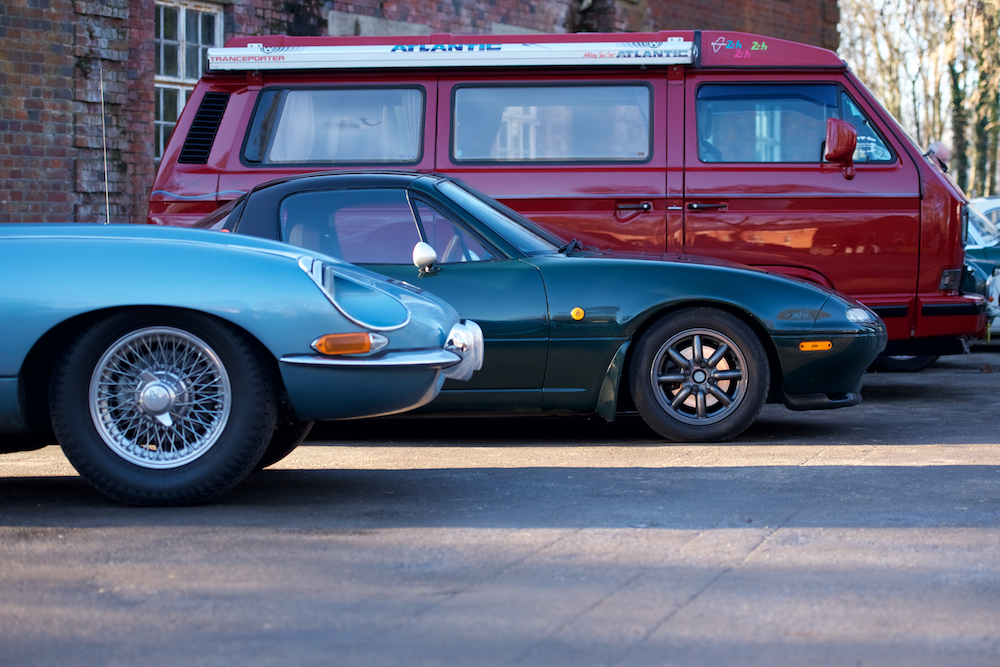 The Sunday Scramble at Bicester Heritage is a truly unique event. It’s kind of like a Cars & Coffee meet, but on steroids. The location, filling the vintage car and aviation hub at Bicester Heritage, is just so damn photogenic, and the roll-up is unlike anything you’ll see anywhere else. There’s no real theme to it – so long as it’s interesting and a little bit cool, it’s welcome.

A trip to Sunday Scramble is mandatory for every car enthusiast – you’re likely to see an F40 parked alongside an old Porsche, and a TR4 rubbing shoulders with an Alfa Romeo. Highlights of our trip included being followed into the venue by a Jaguar XJ220, and seeing a French Bulldog riding proudly in the passenger seat of a Ferrari 348. It was cold – bitterly cold – but we were warmed to see many attendees braving the conditions in vintage Bentleys and other open cars. At one point, we stood by as a 1904 Indian Motorcycle was put through its paces on a roller.

But lets be honest about this – the stars of the show were clearly the handful of MX-5’s dotting the manicured ex-RAF base. Outside on the grass airfield, the MX-5 Owners Club had a large display stretching each iteration.

Here, we take a look at the MX-5 highlights from the January Sunday Scramble. The next Sunday Scramble is on April 22 – make sure that you’re there, in your MX-5! 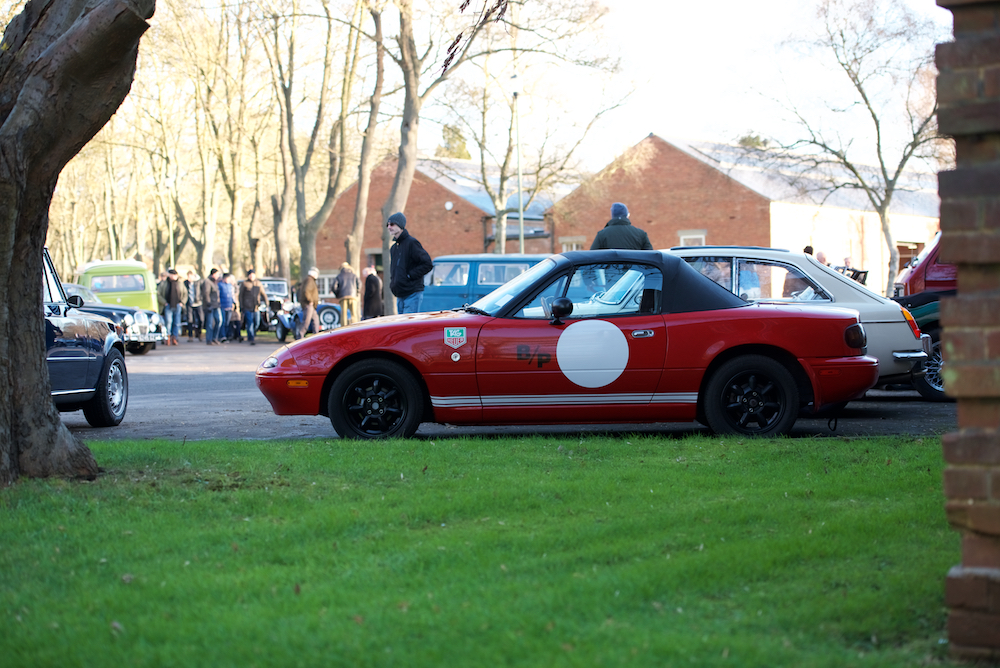 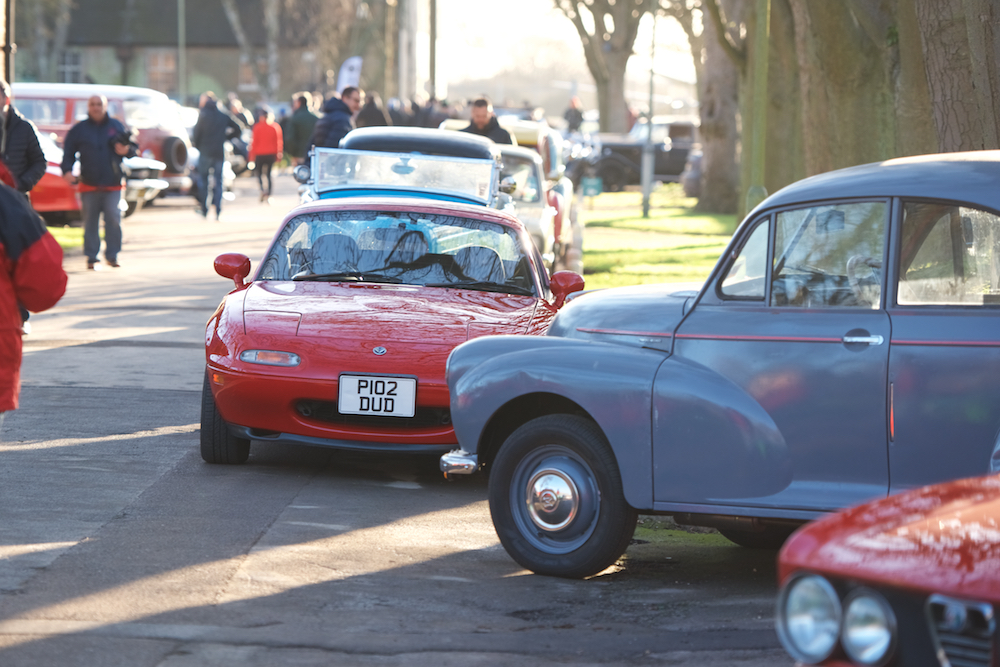 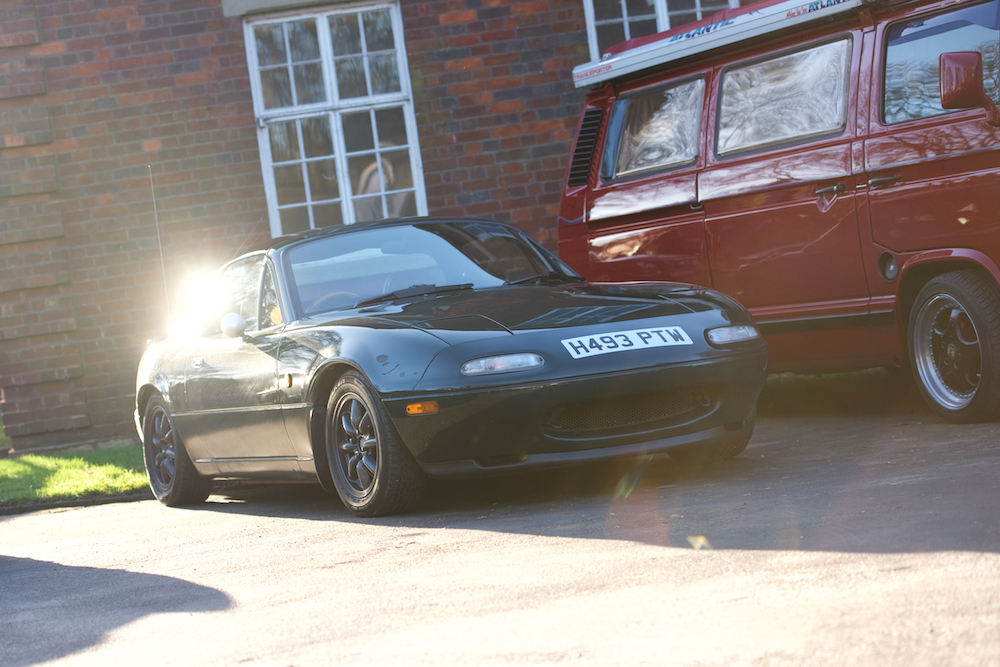 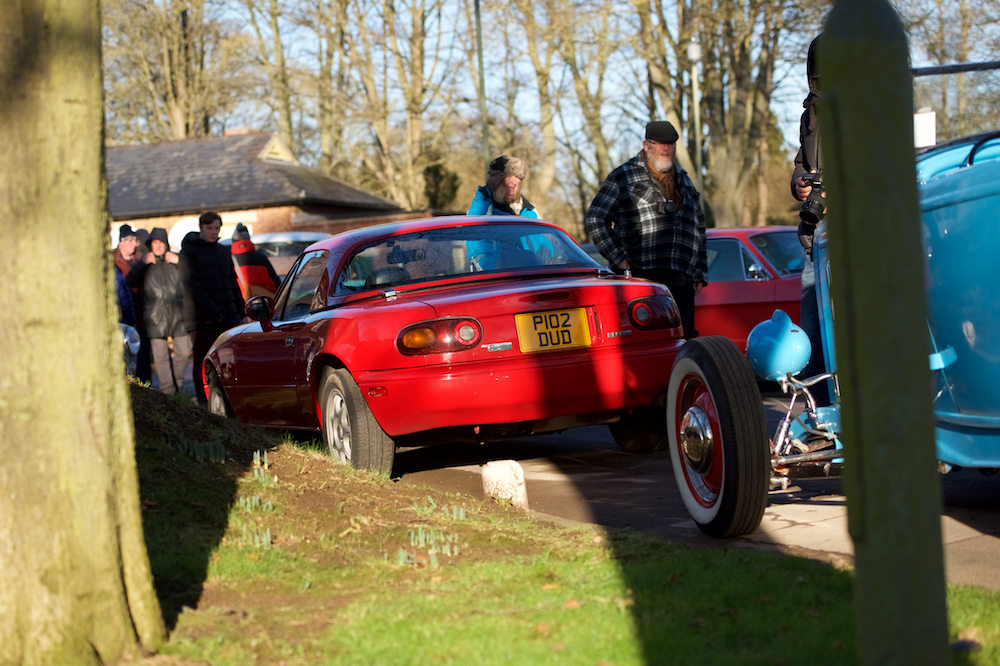 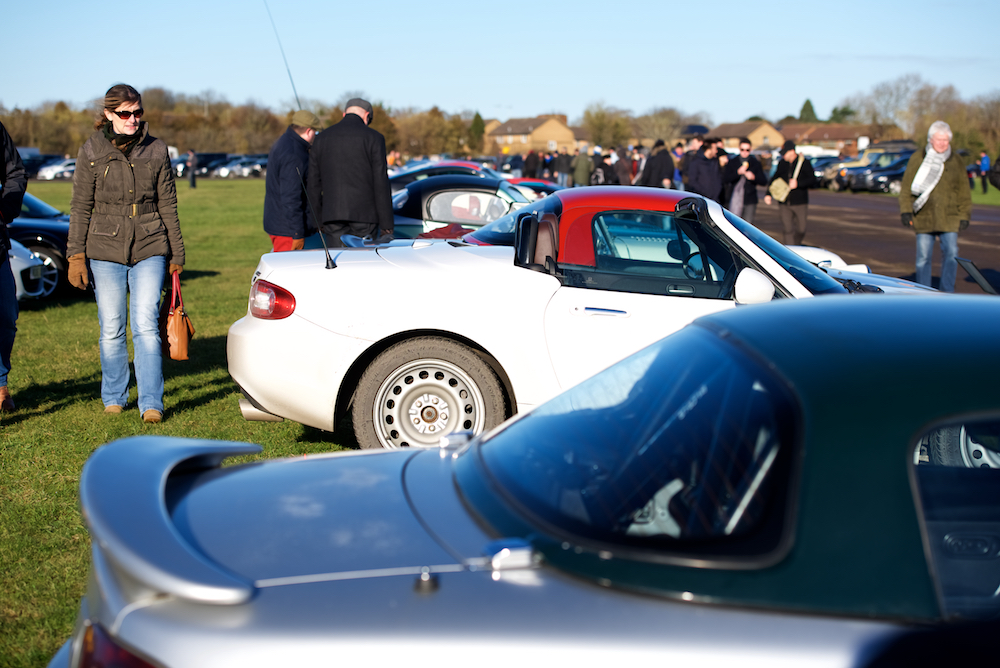 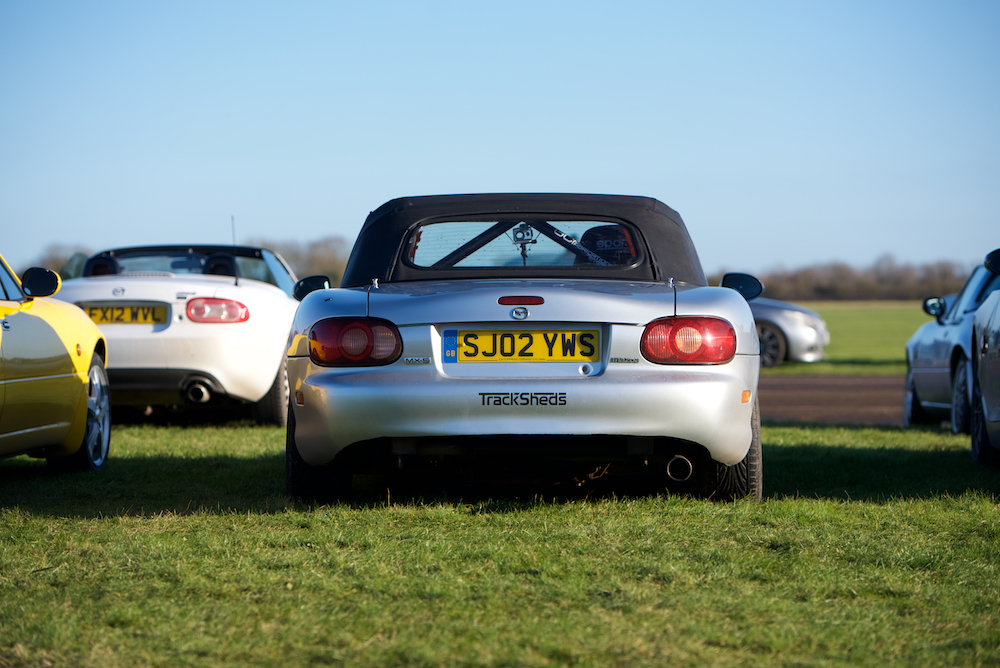 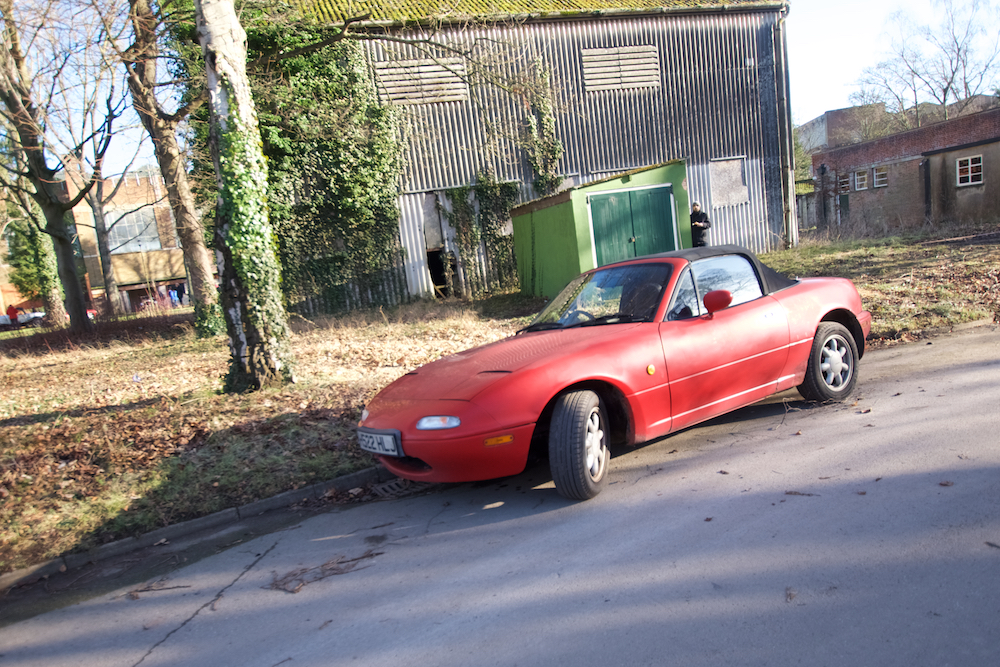 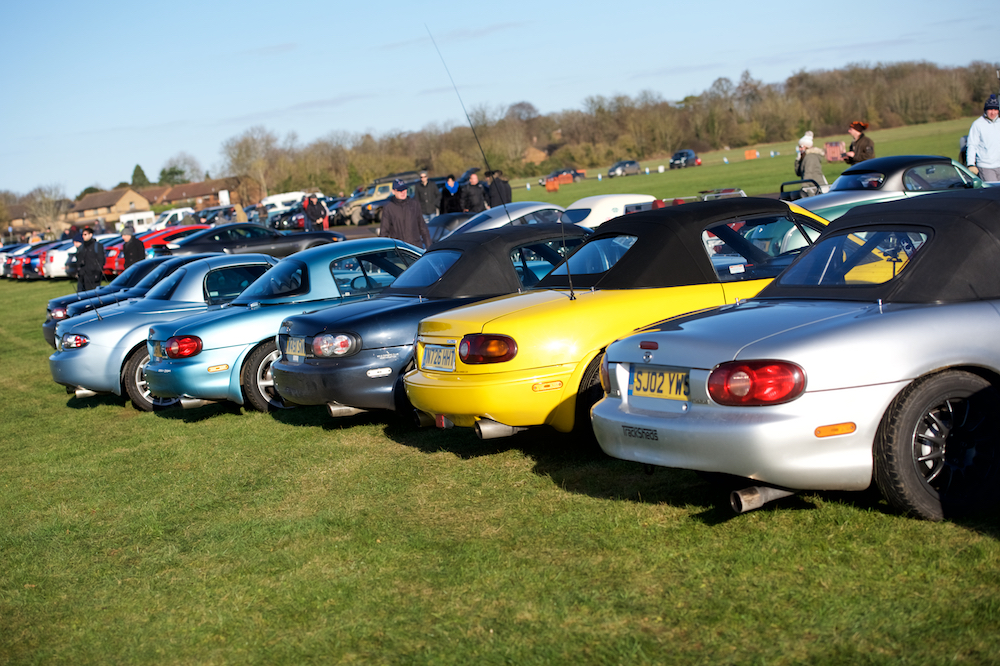 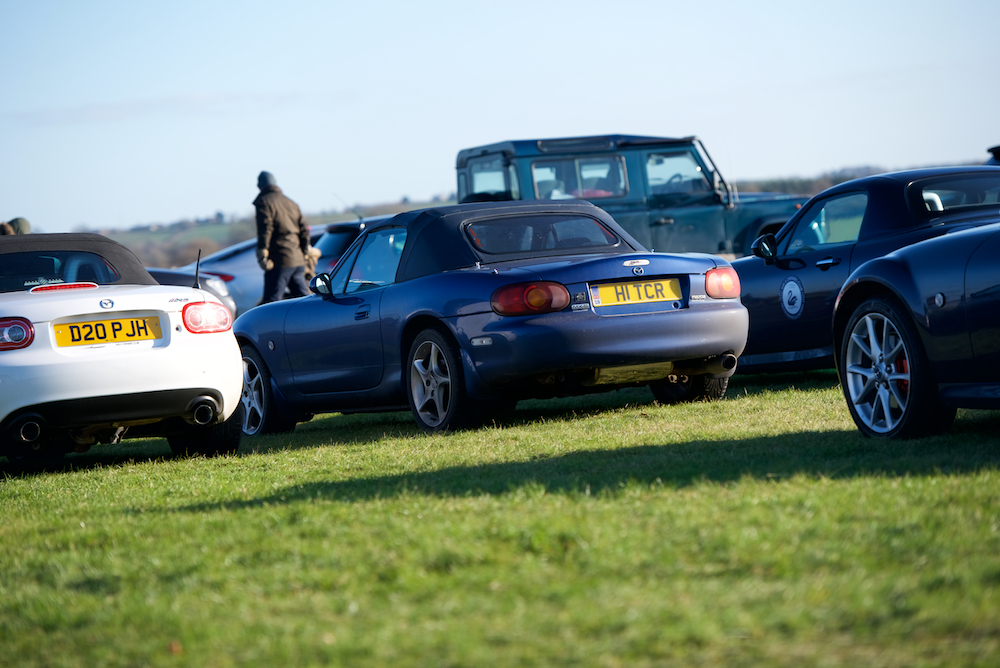 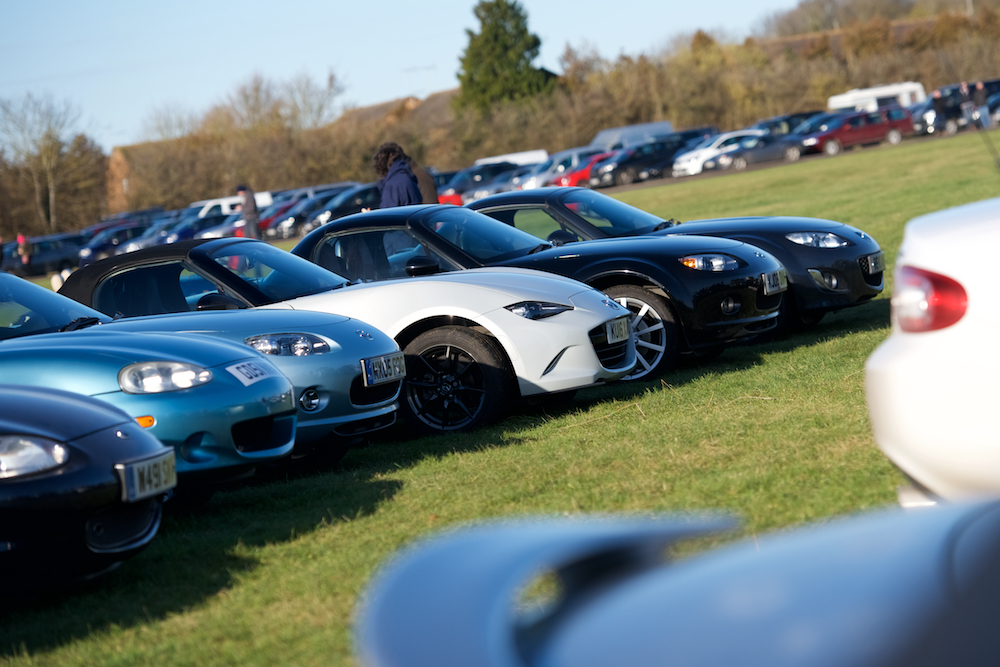 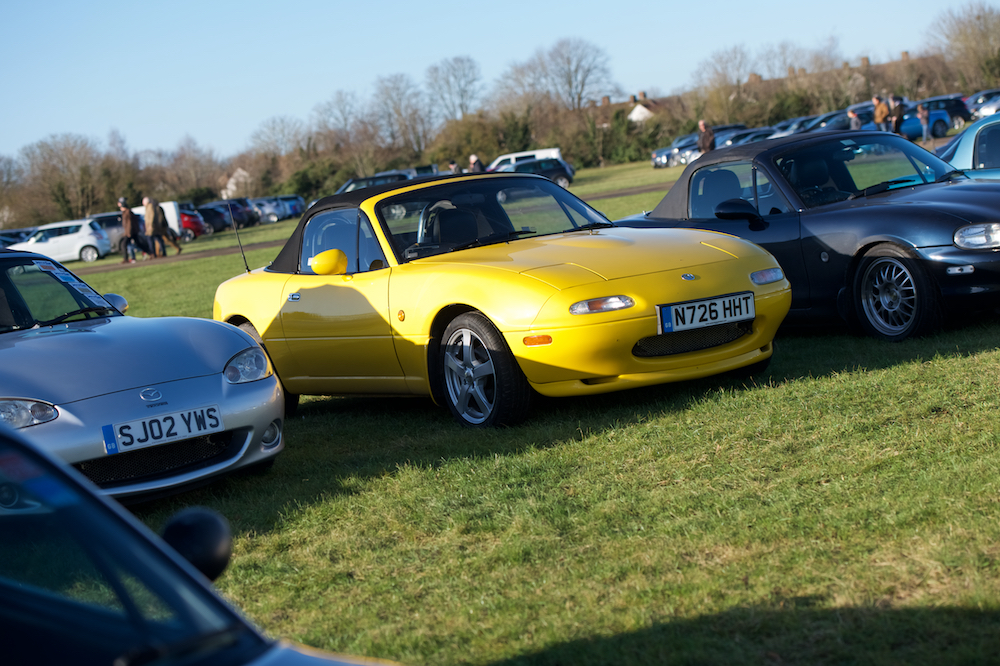 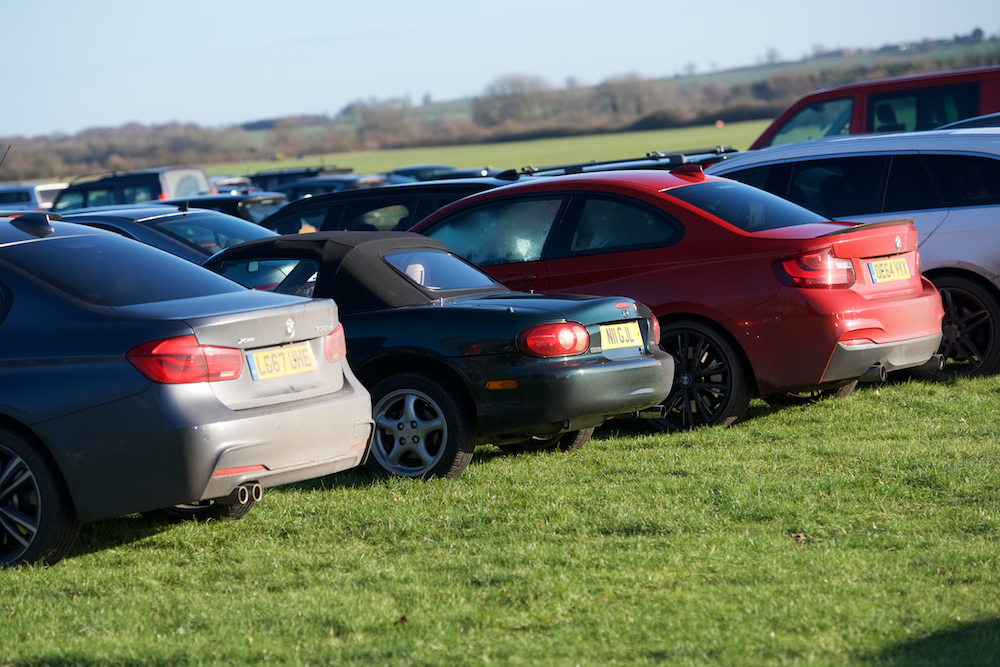 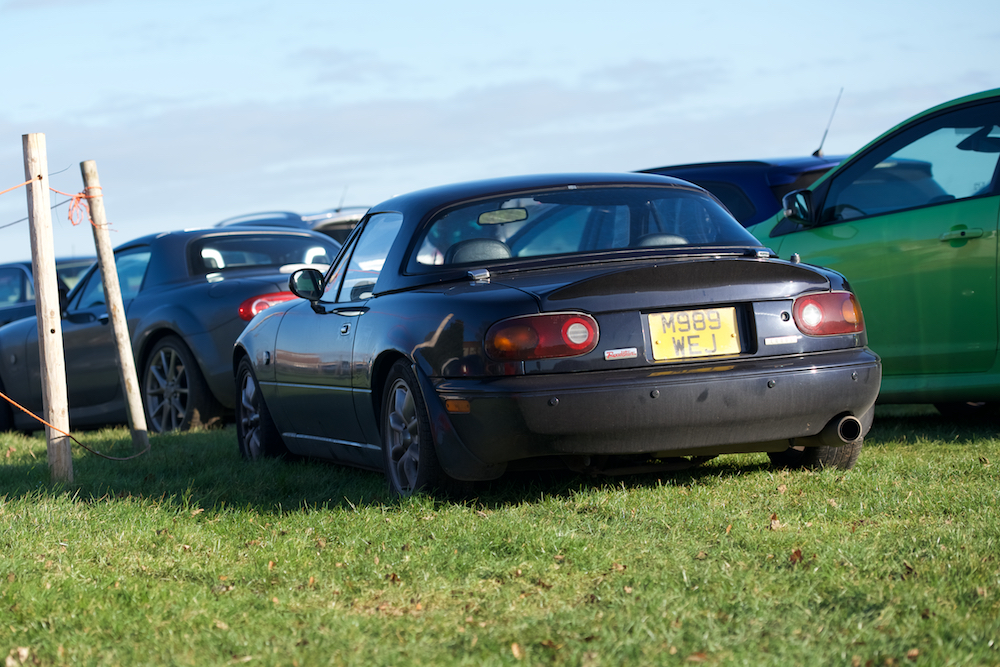 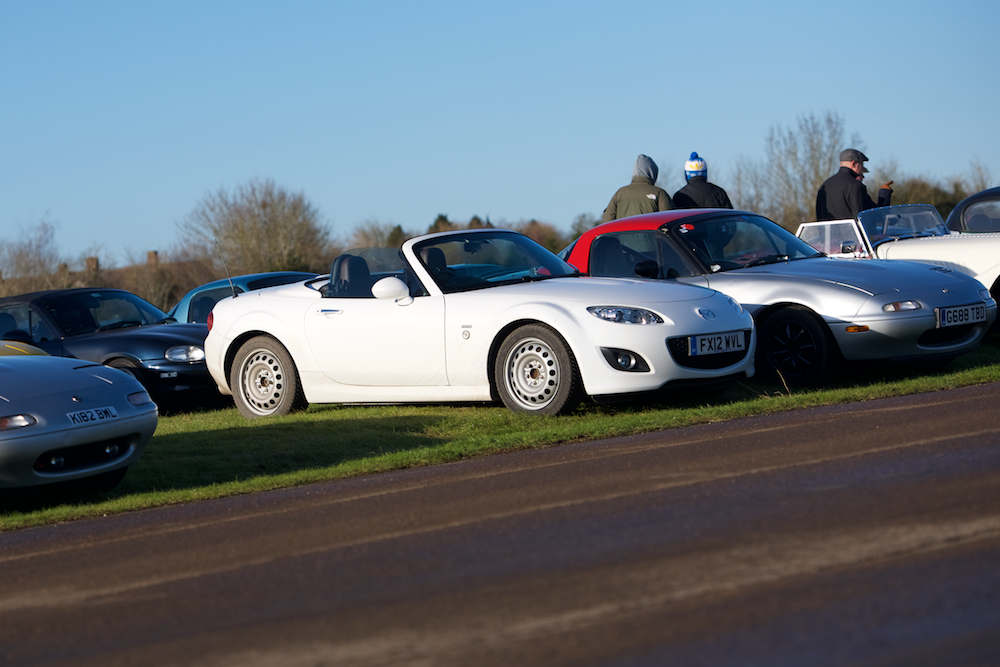 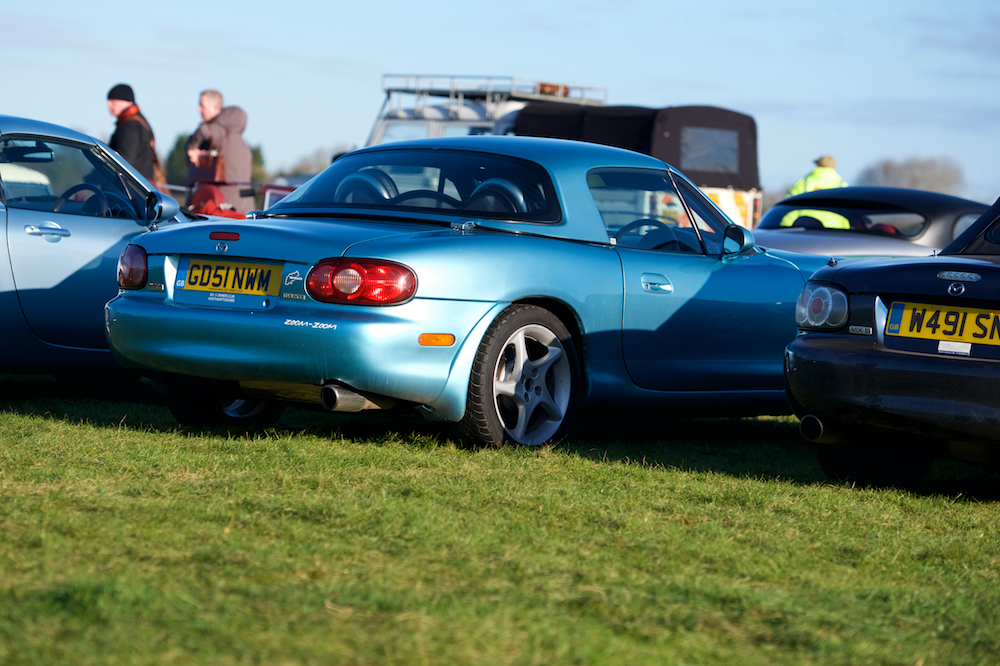 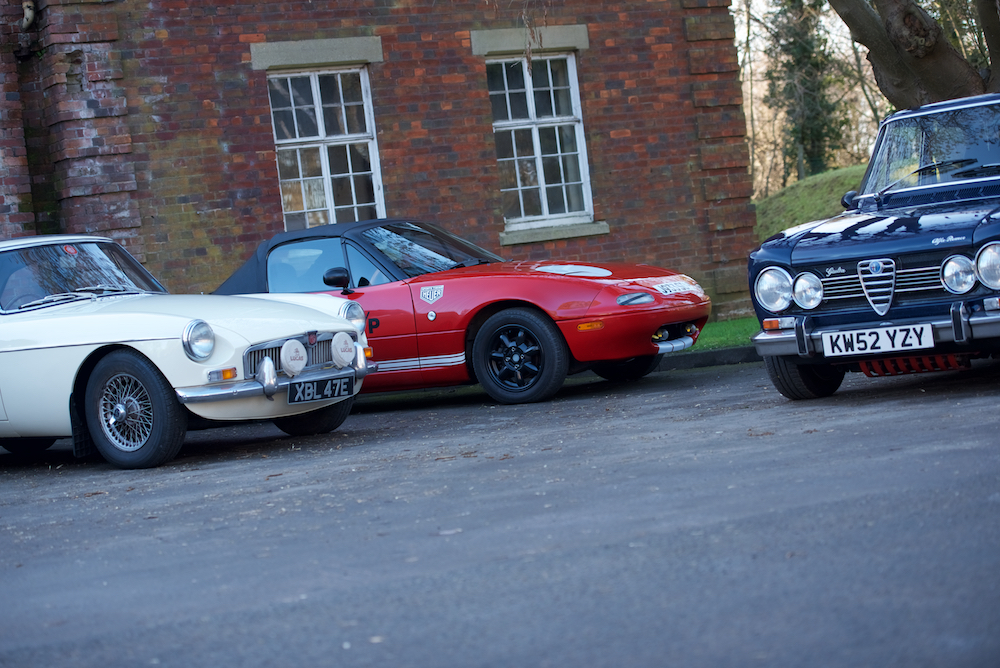 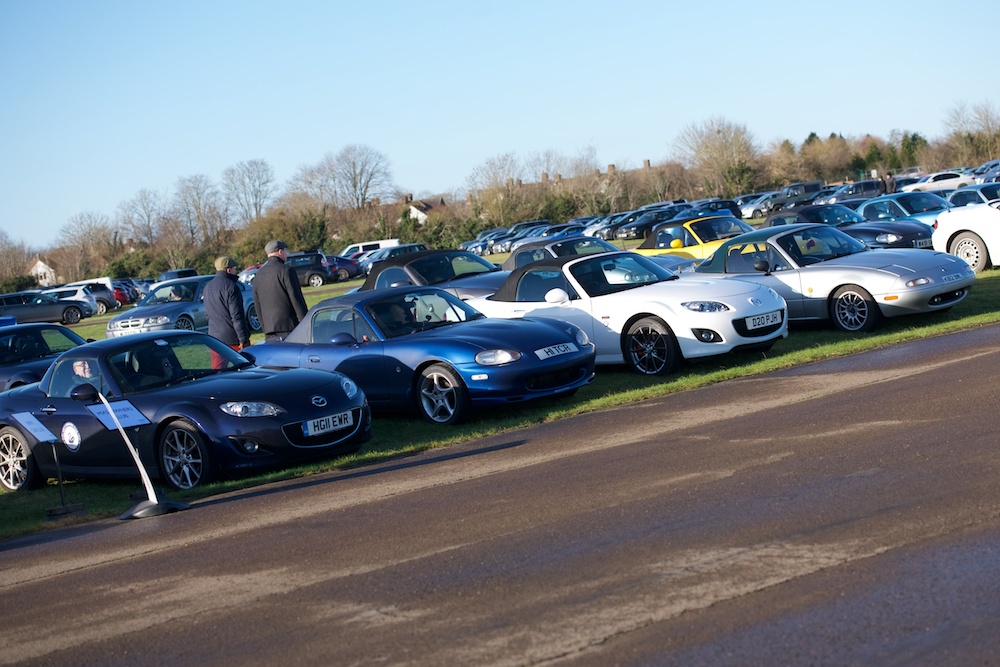 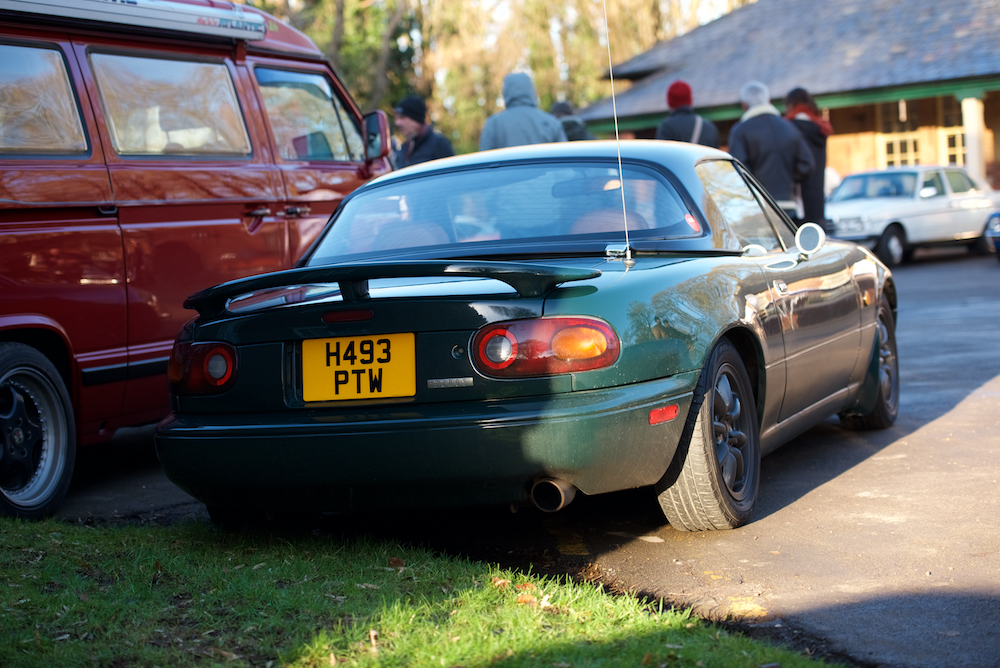 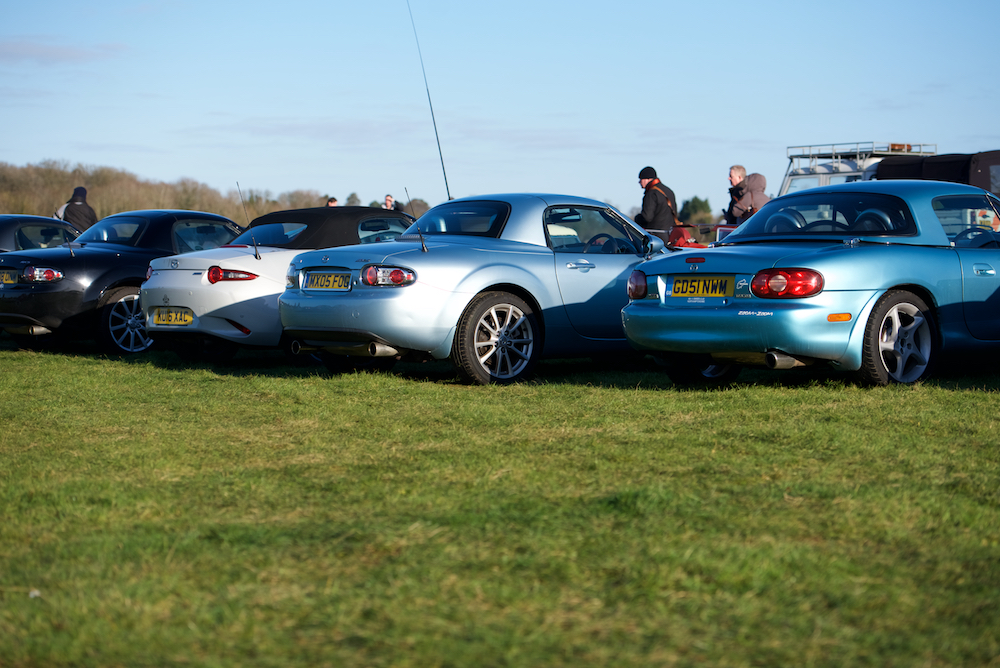