Will this breakthrough new engine power the 2021 MX-5?

Mazda have announced a claimed 30% boost in economy with their latest Skyactive-X prototype engine, set to be launched onto the market in 2019.

Just as many are writing off internal combustion as an outdated dinosaur of the past, car manufacturers keep surprising us with continued new developments, chasing greater economy and performance from ever smaller capacities.

The Mercedes-AMG Petronas F1 team recently announced that they have broken through the magic 50% thermal efficiency barrier (a measure of how much of the energy that enters the engine is lost as heat), which is technology that will surely filter through their road cars, and those of other manufacturers eventually. 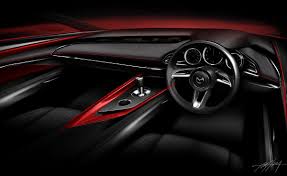 This announcement from Mazda is similarly big news. In very much layman’s terms, the new Skyactive-X engine combines the traditional spark ignition combustion from a regular engine, with the compression ignition of a diesel engine. Several other manufacturers are reportedly working on the same compression ignition petrol engine concept, but Mazda is set to be the first to bring it to market.

The compression ratio of the new engine is set at an eye-watering 29.4:1 (for comparison, at 14.7:1 the current MX-5 has one of the highest production compression ratios available today). A conventional spark plug ignites a leaner mixture when the engine is cold or running at higher RPM, but for the rest of the time, the engine is also fed a richer mixture. That mixture is compressed (similar to a diesel engine), and the resultant heat from the already ignited leaner mixture then ignites the compressed mixture. This gives a more even and sustained burn, pushing the piston down harder and longer. The new engine, which will debut in the Mazda 3 in 2019, will also feature supercharging in a further bid to boost power output.

Essentially, it means that the new engine will be double-dipping on the power stroke. Two explosions where there is normally only one. It’s fiendishly complicated technology that requires some careful monitoring to ensure that the engine does not run too lean, and the massive pressures involved will require some complex engineering to ensure that it all holds together. Getting it to work properly is one thing… making sure that it all holds together and works reliably for 200,000+ miles is another.

When efficiency is the goal, the technology enables a given power output to be produced by a smaller capacity engine that uses less fuel. But what if performance and thrills are instead the goals? And what if that same technology is utilised on a bigger capacity engine? The results can be startling.

Ford has shown the way with their Ecoboost series of engines. The little sub-1 litre Ecoboost fitted to city cars like the Fiesta give acceptable performance and brilliant economy, but when the same technology is applied to a larger engine, we end up with uber-hot hatches like the Focus RS. These types of cars use this new technology to offer performance that embarrasses the fastest Porsches and Ferraris of only a decade ago, and for a fraction of the cost. 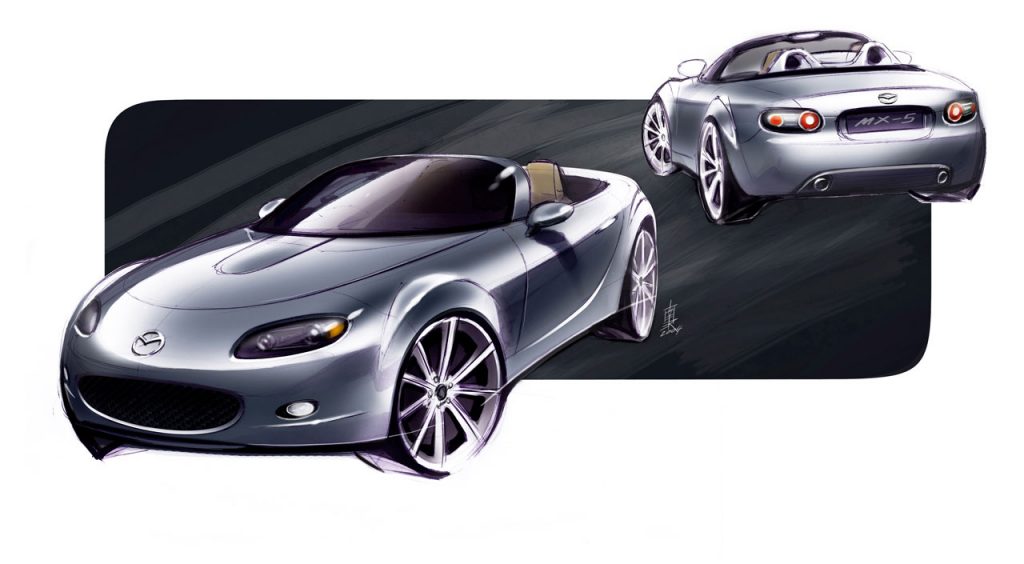 In the case of Mazda, it doesn’t take an Einstein to join the dots. Mazda are launching this new engine in the Mazda 3 in 2019. The next generation of MX-5 is rumoured to arrive in 2021. The MX-5 has always used a similar engine to the 3. This is pure speculation, but it’s not beyond the realms of possibility that the new MX-5 will feature this new technology.

The Mk4 ND MX-5 is already one of the lightest cars that you can buy, and almost that alone makes it one of the most exciting cars on sale. In the Mk4 weight was extracted from everywhere, even components like the sun visors weren’t spared, and if reports are to be believed, the weight saving will continue to an even greater extent in the Mk-5.

To see the effects for yourself, find a portly friend and ask them to come for a short drive with you in your MX-5 on a twisting road. Then, kick them out and drive the same road again on your own. You’ll see for yourself the values of light weight.

So seriously are Mazda taking this ethos for the 2021 MX-5 that they are rumoured to be developing a new type of cost-effective carbon fibre, which will be used extensively. And that new engine which is under development, assuming it finds its way into the NE MX-5, will surely be a lot smaller and lighter than the existing power plant. Or, it will produce more power and torque, while weighing the same.

Either way, the future looks bright for the world’s favourite sports car. An advanced new engine, fitted into a car that utilises an advanced new type of carbon material – we’re certainly excited about that!

Nobody has ever looked at a Mk4 MX-5 and remarked at how heavy it is. But maybe, in 2022 we might be doing just that.