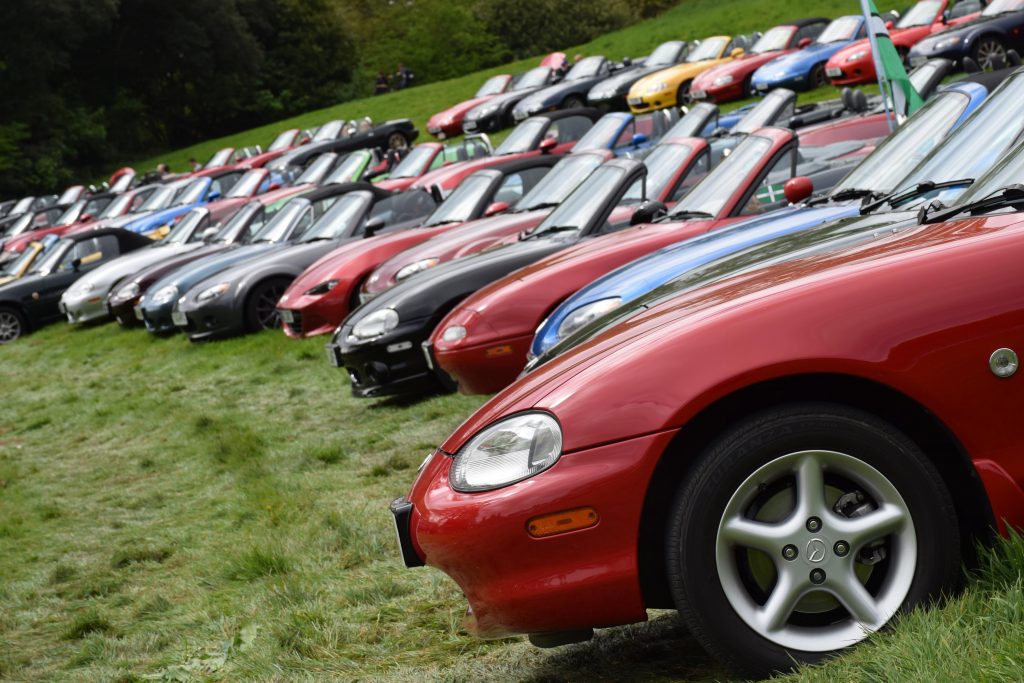 As we look forward to the upcoming MX-5 Owners Club Spring Rally at Goodwood Circuit on Sunday April 29, we thought it would be a good opportunity to take a brief look back at the 2017 event.

To kick off the 2017 British MX-5 season, we held our Spring Rally at Ashton Court Estate, near Bristol. We were blessed with largely warm and sunny weather, which is still always a bit of a lottery at this time of year.

Ashton Court made an ideal venue for the Spring Rally, and the manor house acted as an imposing backdrop for the hundreds of MX-5s spread throughout the estate gardens. 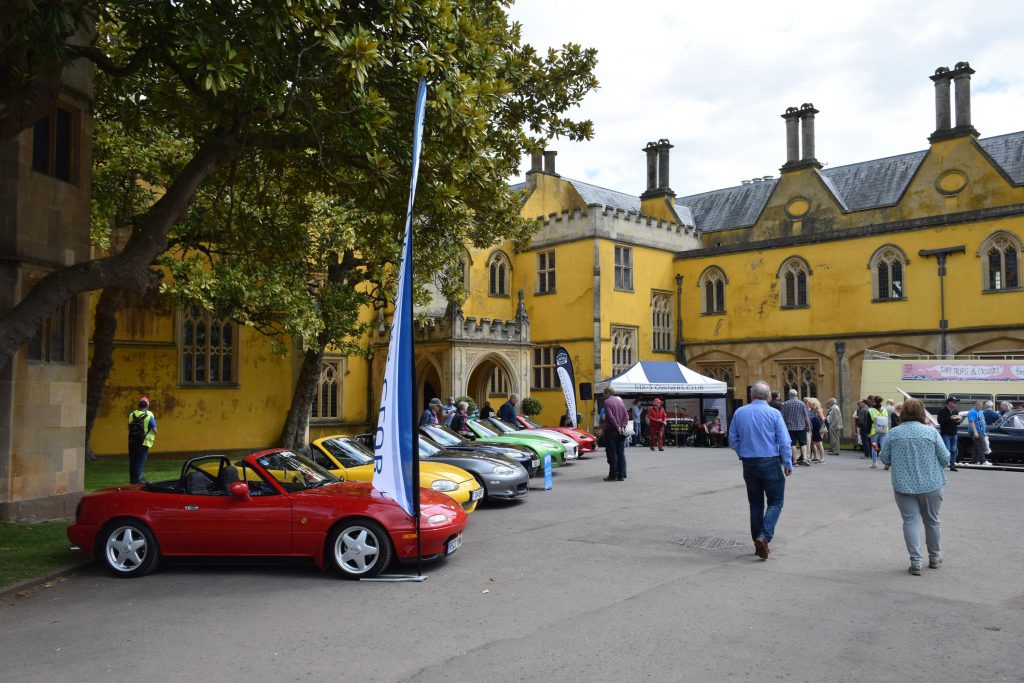 The Grade 1 Heritage Listed building and Estate has a fascinating history that spreads well beyond its use to display MX-5s. The site dates to before the 11th Century when a fortified manor stood in the same location, and history suggests that it was given to Frenchman Geoffrey de Montbray by none other than William the Conqueror.

It is thought that the current manor house was built by de Montbray in the 14th Century. It was used as a Military hospital during World War One and acted as the Royal Air Force HQ and US Army Command HQ during World War Two. It was relinquished to the City of Bristol in 1959 and is undergoing a gradual process of renovation. 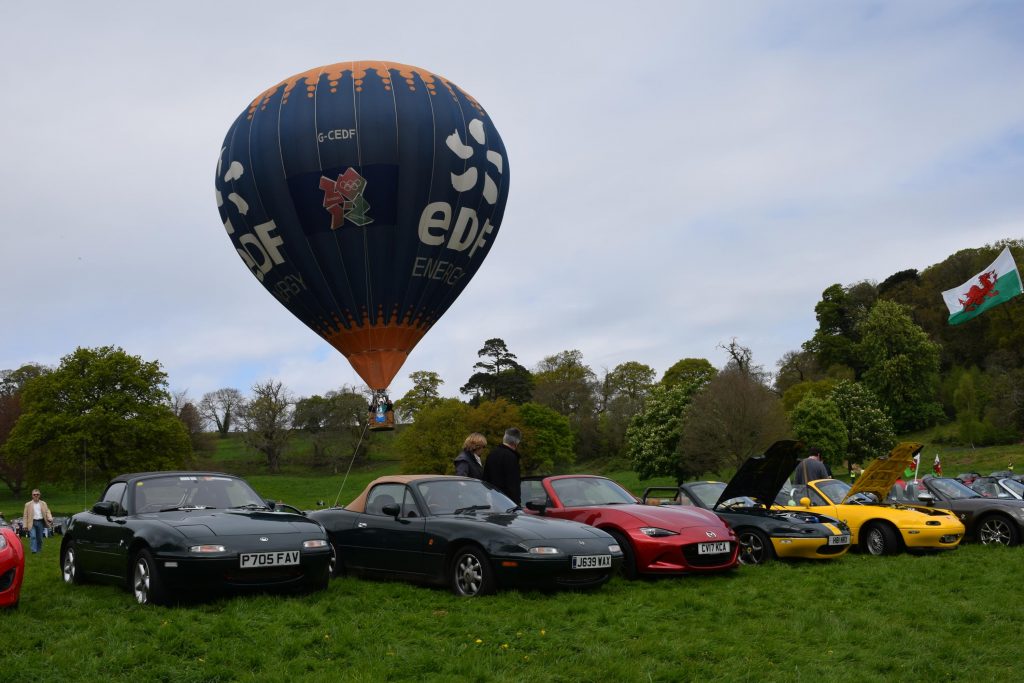 Conservative estimates suggest that over 850 MX-5s attended the 2017 Spring Rally, filling the estate to capacity. Every imaginable type of MX-5 from all four generations were proudly on display, ranging from factory-fresh restorations to serious time attack and turbocharged race builds. It was an impressive display of the current health and strength of the MX-5 scene in the United Kingdom.

Ashton Court hosts an annual hot air balloon gathering, and as such, it was possible for us to organise a balloon to be operational during the event. Not only did it make a fantastic backdrop for the photos, but it allowed tethered flights to be made above the rally, giving the lucky passengers a birds-eye view of the action.

A range of specialist MX-5 traders were proudly present, offering tips and advice as well as the largest range of parts available in the UK. A highlight was club supporters MX-5 Parts, who offered a generous 10% discount across their entire range, as well as free shipping for larger orders. Those planning future suspension upgrades or mechanical rebuilds took full advantage of this special offer. 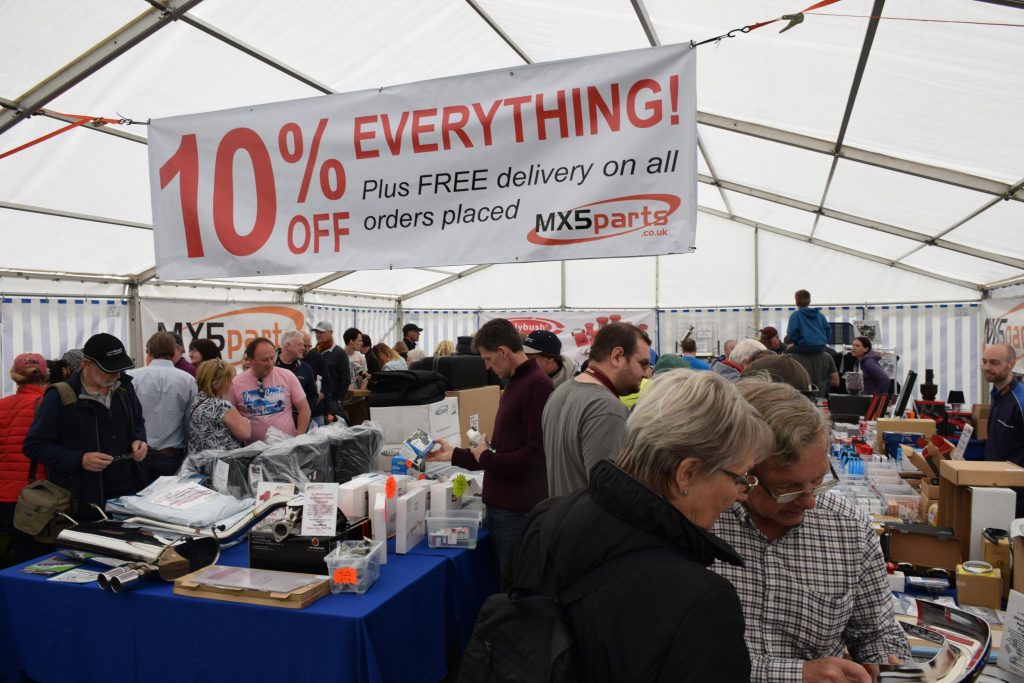 While attendees were free to come for just the day or to pick their own accommodation, the MX-5 Owners Club made the Bristol Filton Holiday Inn its home away from home, and it was here that the Saturday night dinner was held. Hosted by club chairman Roger Mead, it provided and relaxed and informal way for members to catch up on all things MX-5.

Those not totally obsessed by the MX-5 were well catered for at the Spring Rally. The Mangled Wurzels played to an enthusiast crowd, there was a heritage style Skittle Alley, and a craft beer stall from the guys at Castle Combe Brewery served ice-cold refreshments. 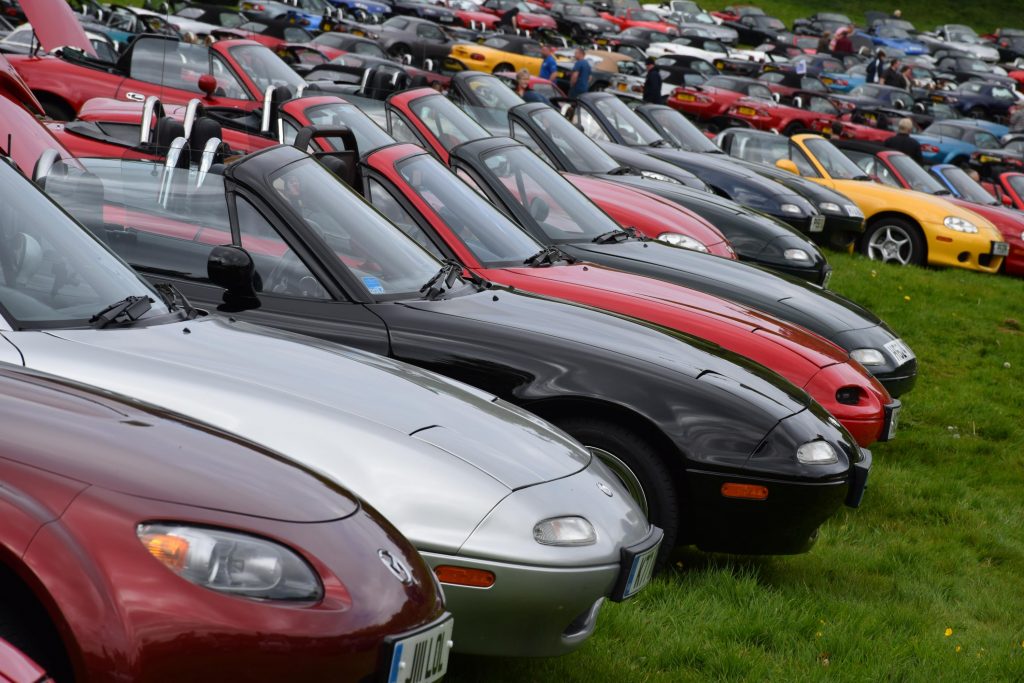 The location just one mile out of the Bristol City Centre made it an ideal weekend trip, and many attendees packed other sightseeing into the weekend, such as visits to Brunel’s iconic Clifton Suspension Bridge, tours of the S.S. Great Britain, and hunting the alleys for famous Banksy street art. The different regions of the MX-5 Owners Club arranged drives, and many arrived via the twisting roads of the nearby Cheddar Gorge. 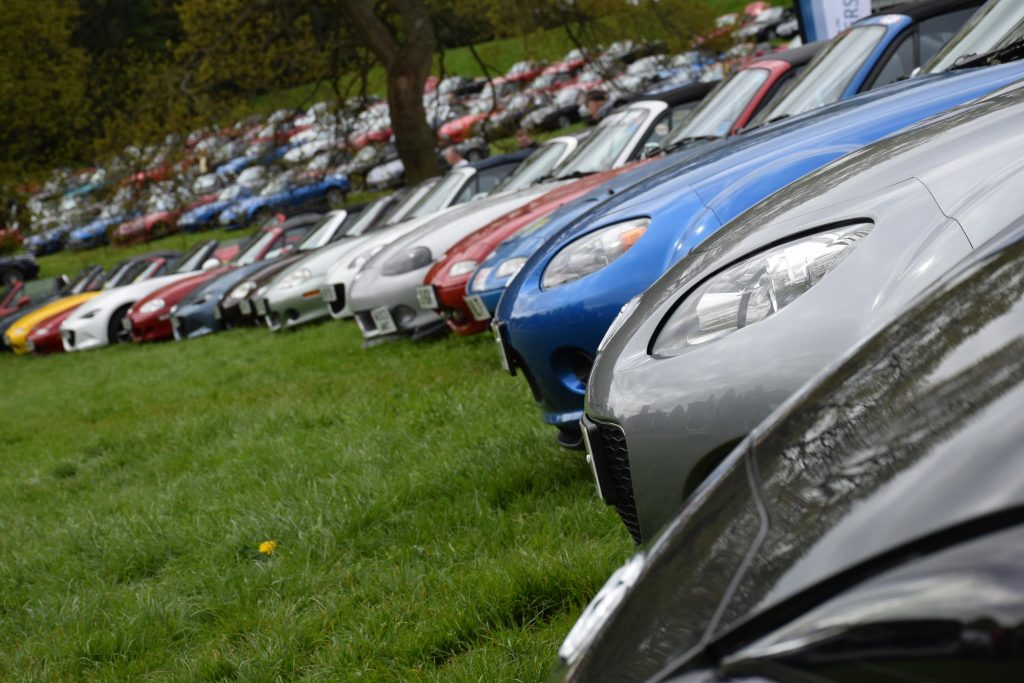 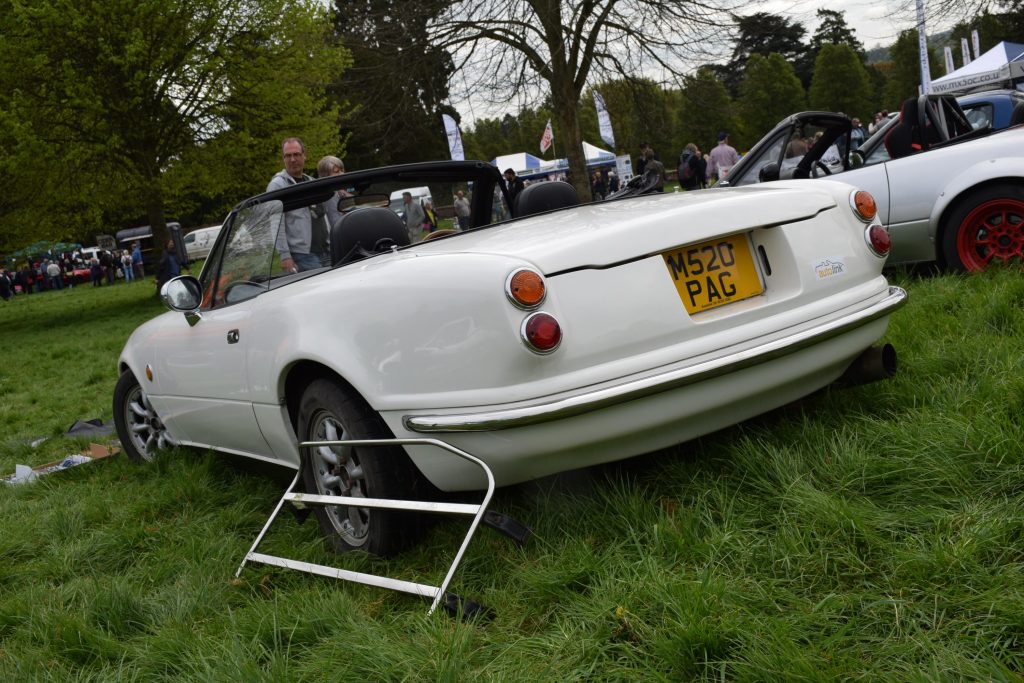 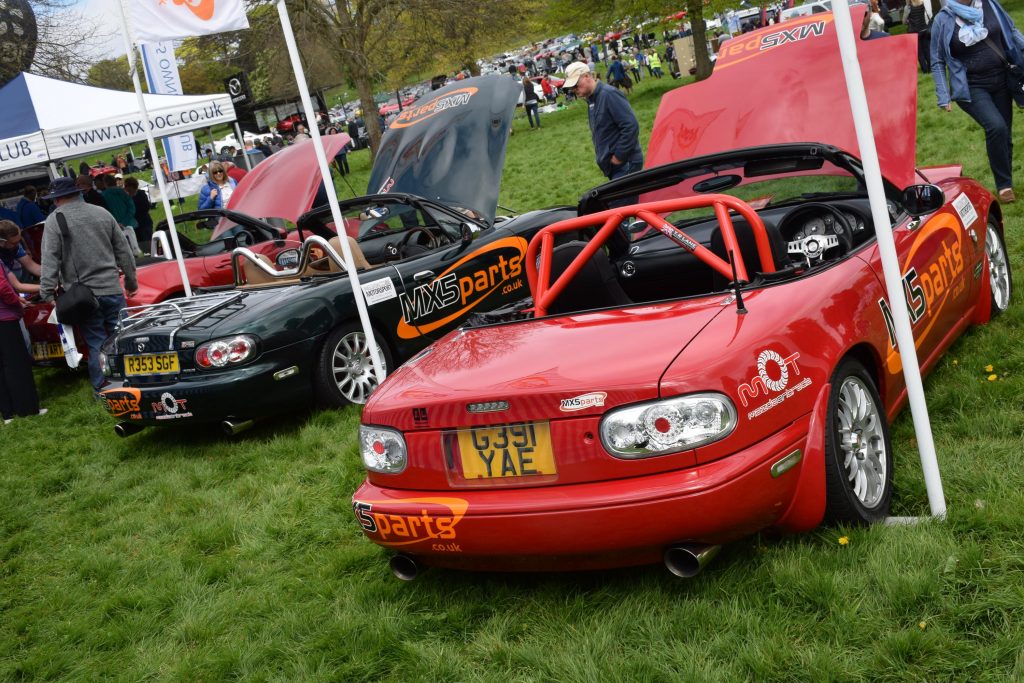 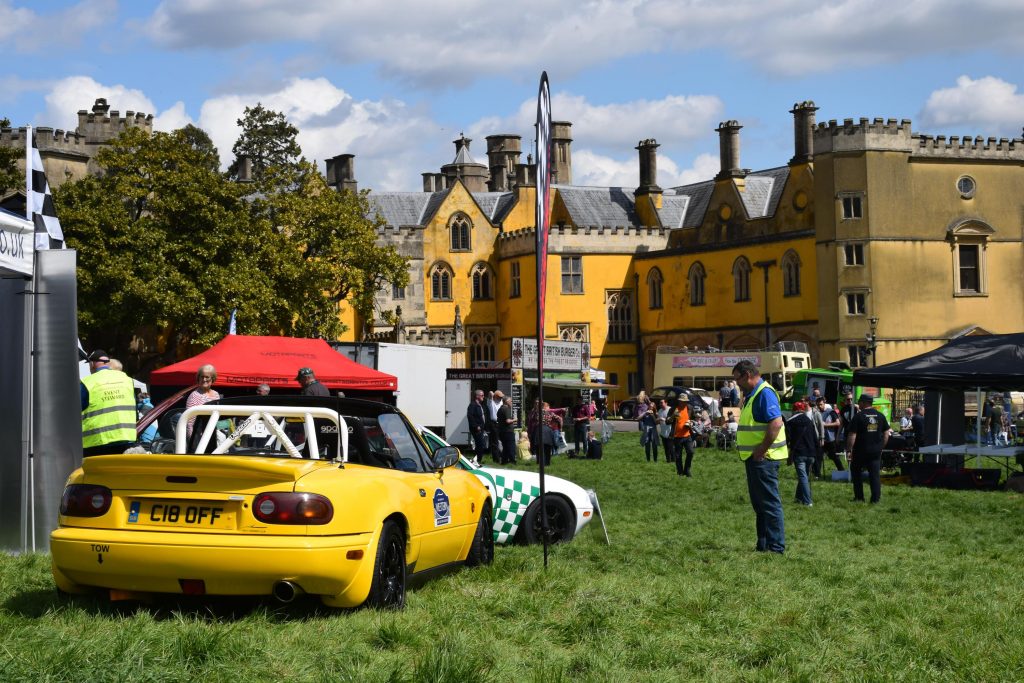 In 2018, the MX-5 Owners Club heads to the famous Goodwood Motor Circuit for our Spring Rally. We are excited to offer all of the MX-5 enthusiasm that you’ve come to love, in one of the world’s most iconic vintage motorsport settings.

It’s going to be one not to miss. Head across to the Spring Rally website for all of the details and information on the 2018 MX-5 Owners Club Spring Rally at Goodwood.