Standing back at last year’s MX-5 Owners Club Spring Rally, it was hard not to be impressed by the sight of over 800 of our favourite sports cars spread across the grounds of Ashton Court Estate. But what is even more impressive is that this entire gathering, if you trace it all the way back, is the end result of a single semi-flippant comment in 1976.

Car company executives are continually being told what types of cars they should build. But in 1976, when journalist Bob Hall told Kenichi Yamamoto, head of Mazda R&D, that they should follow-up the RX-7 with a small open-topped sports car in the style of the original Lotus Elan, he actually listened.

A job offer followed in 1978, but Hall had almost forgotten about the comment he made two years earlier. Given his experience as a journalist, he expected to be joining Mazda’s PR department but was a little surprised to learn that it was actually for a role in Product Planning. He was put to work in Mazda’s California design studio, working on the B Series pickup truck. 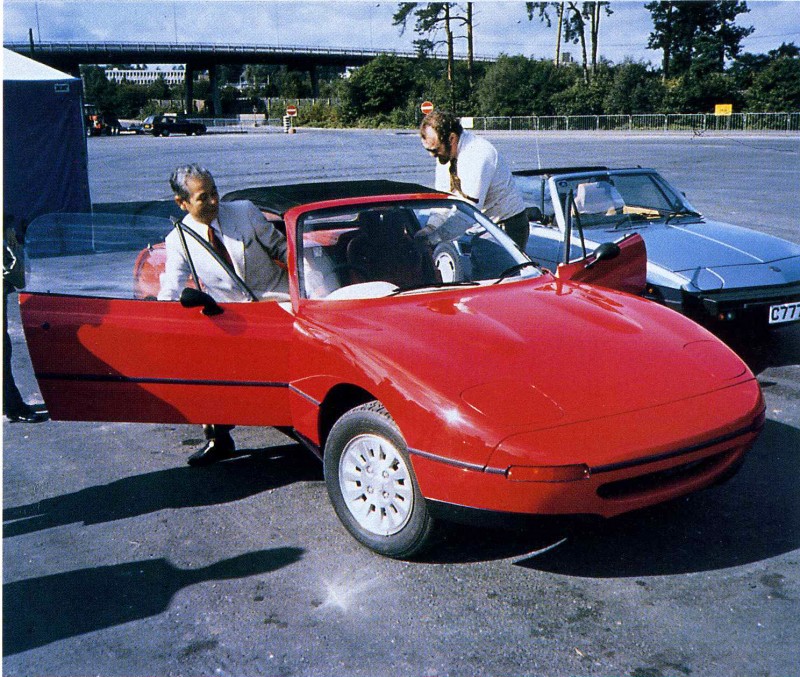 Hall’s sports car idea lingered in the back of his head, but it never had strong support from management at the California design studio. As head of global R&D, Yamamoto visited and was disappointed to learn that Hall wasn’t working the small sports car, and immediately arranged permission for work to begin. The project officially commenced in January 1982, but it clearly had little support, says Hall. ‘They told me, you can work on your sports car project before 830am, between 12-1, and after 530pm. I came in at 6 am, worked on it during lunch, every day for seven years.’

History, of course, shows that Hall was on the right path, but still, the project had little support. Toshihiko Hirai was assigned as Project Manager, but even this caused nervousness among senior management. Hirai was nearing retirement and the sports car would likely be his final project, but Mazda management didn’t want his last one to be a failure. It seems Hirai had more faith than they did.

Hall credits Hirai for embedding the MX-5 with the characteristics that we love so much today. ‘Hirai was a great Project Manager because he could listen to outside input. His gift was the passion for making the car the best car for the customer, so they understood the experience. Hirai came up with the Jinba Itai (horse and rider as one) phrase because there were people at Mazda in Japan, engineers, who didn’t have driver’s licenses. Hirai reiterated this phrase to the engineers.’

Debate raged as to what the car should be, and each of the three Mazda design studios (California, Tokyo and Hiroshima) submitted their concepts. This was a time when the sports car world was either front engine, front wheel drive (Honda CRX) or mid-engine, rear wheel drive (Toyota MR2). The Californian front engine, rear wheel drive concept was unpopular until they revealed that it would be a soft top. Support for the Californian submission was immediately unanimous.

On its runaway popularity, Hall says that he wasn’t surprised that it was successful, but it was far more successful than anybody thought it would be. They anticipated selling 5-600 cars per month in Japan, but the number was closer to 3000 in its first year, never mind the huge demand from the USA. Mazda had problems just making enough wheels.

Despite his involvement from the earliest conversations until the first customer deliveries, Hall doesn’t see himself as the father of the MX-5, like many have labelled him. ‘I’m still uncomfortable being called the father of the MX-5. But I mean, cars are like movies. North by Northwest was one of Hitchcock’s greatest films. But nobody says, ah that’s an Ernest Lehman film because Ernest wrote the script. Maybe if we’re talking of the MX-5 as a movie, it’s Mr. Hirai’s movie. I wrote the script, but he made the movie, and he deserves the credit.’ 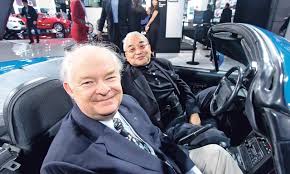 Hall has long since left Mazda but is still passionate about the MX-5. After stints in Australia and Malaysia, he’s back planning new cars again in California, but this time for Chinese manufacturer Geely. However, he hasn’t forgotten his MX-5 roots and is happy to see owners modifying them to suit their own tastes. He thinks the MX-5 looks best as is but is aware that the final designer is the buyer. He’s a firm believer that the MX-5 is a blank canvas, which stops it from becoming an appliance.

As with any major project, there are thousands of important characters in the MX-5 story. But when we stand around at the upcoming MX-5 Owners Club Spring Rally at Goodwood and look at the hundreds of MX-5s surrounding us, we’ve got Hall to thank for coming up with the idea and seeing it through to fruition.

‘Every time I see someone drive past in one smiling, that’s okay, it makes me feel good’.