Will corrosion repair on an MX5 ever be financially worth it? 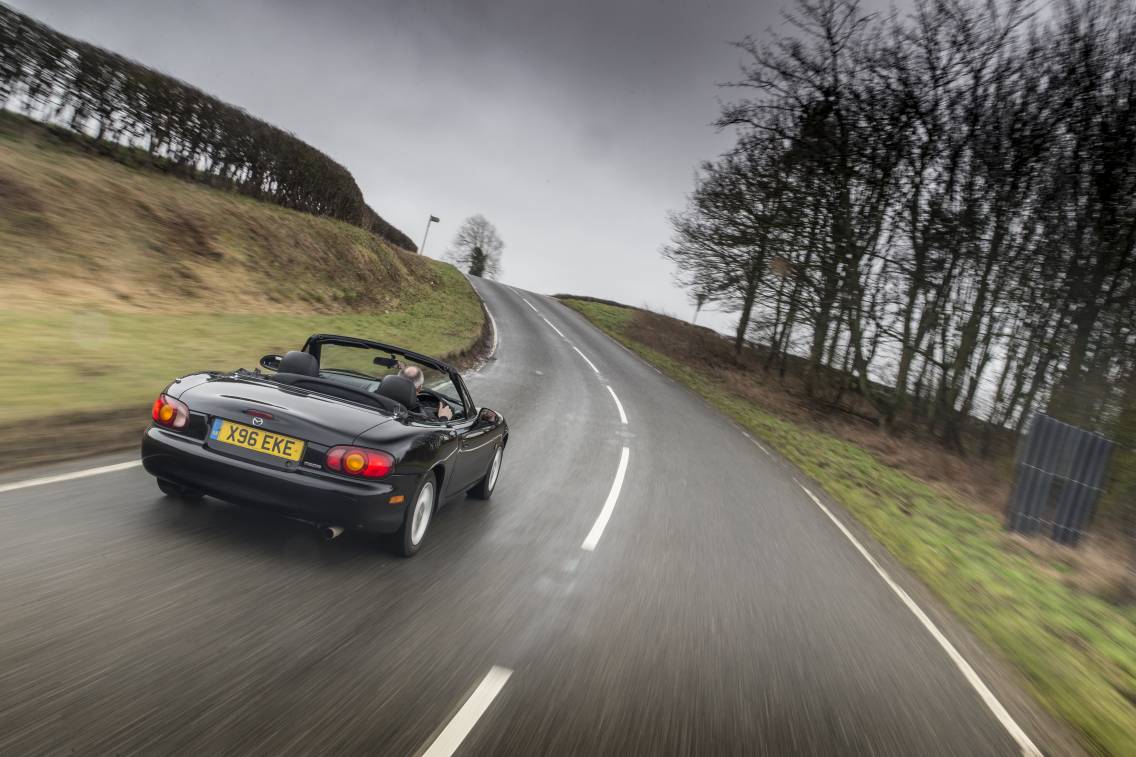 It’s no great secret that our favourite sports cars suffer from corrosion problems here in the UK. It’s probably the only real Achilles heel that these fun little cars have, and it’s a sad fact that certain parts of the bodywork will usually give way long before anything mechanical does. As a result, there are endless supplies of mechanically solid but rusty MX-5s out there on the market, for not a lot of money.

It’s an unfortunate fact of our location more than anything else, as MX-5s do not suffer corrosion problems in most other parts of the world. The first generation was famously penned in California, a place famous for its sunshine, and was engineered and built in Hiroshima, another city that enjoys a subtropical climate. In places where MX-5s are enjoyed in their millions, across America and Asia and Australia, rust in MX-5s simply isn’t an issue. 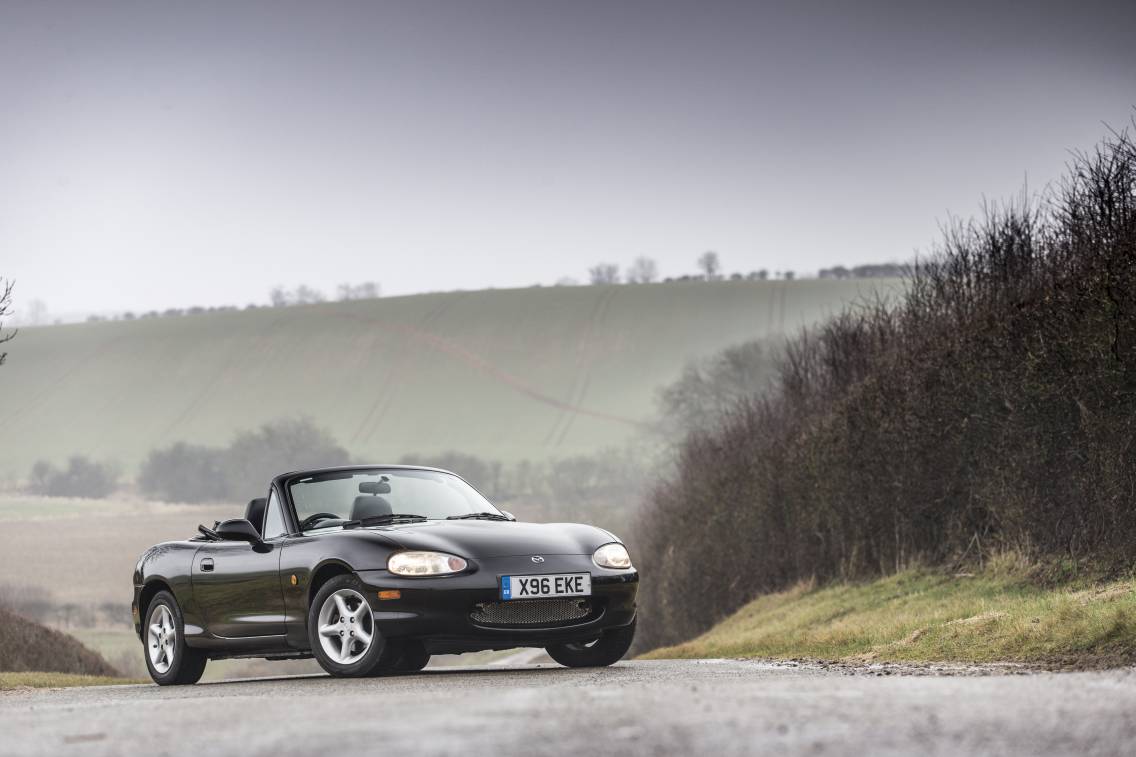 However, this is the UK, and our unique combination of dense foliage, high rainfall, damp conditions and salted roads act as an all-out assault on the very bones of our cars.

As it stands, it rarely makes financial sense to repair serious corrosion to an MX-5 these days. You can still find a good supply of nice cars, and they’ll often cost less than the labour charge for having the repairs done to a bad one.

Readers of Modern Classics magazine will undoubtedly be aware of Editor John-Joe Vollans and his project MkII MX-5, which is featured in our photos. He’d set himself the task of trading his way into a BMW E39 M5, and picked up a rusty 2000 MkII with a full history and 85,000 miles on the clock for £500. By the time he’d had a few niggly issues sorted, the rear sills replaced and the back half of the car repainted, he was invested to the tune of £2720. That very car is now for sale via online auction with The Market and is expected to go for around £2500 – less than the cost of the repairs alone for a fully sorted, MOT’d, clean MX-5 that’s ready to be enjoyed. The exercise has set Vollans £270 further away from his E39 M5 goal. 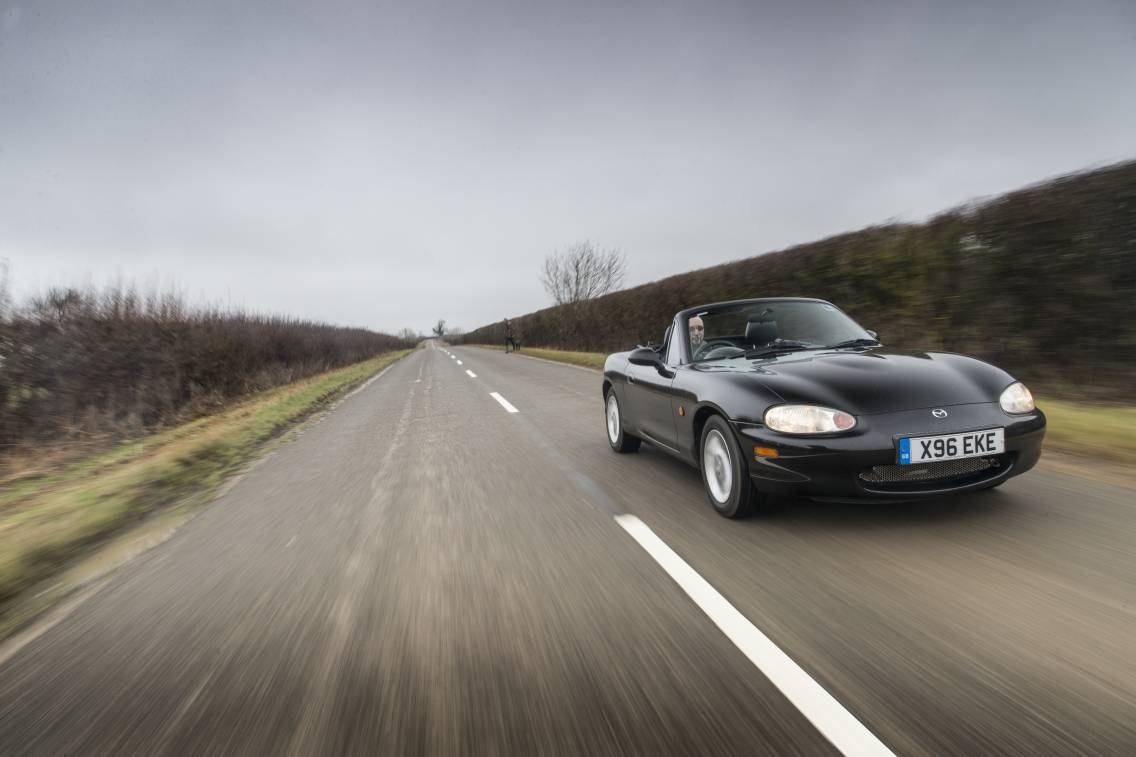 Obviously, in purely financial terms, it doesn’t currently make sense to fix them. Maybe an emotional attachment or a recent mechanical expenditure may sway your decision, but you’ll almost always be better off to junk it and go buy the best example you can find.

However, it’s got us thinking – for how long will this be the case?

Take the current crop of classic car stars – the Mk1 Escort, the original Mini Cooper, early split window Kombis and oval-window Beetles. All of these cars were mass produced and were once so ubiquitous as to be disposable. If you rolled your Escort into a hedgerow, no worries. You’d just go and get another and it would only cost you about a week’s pay. 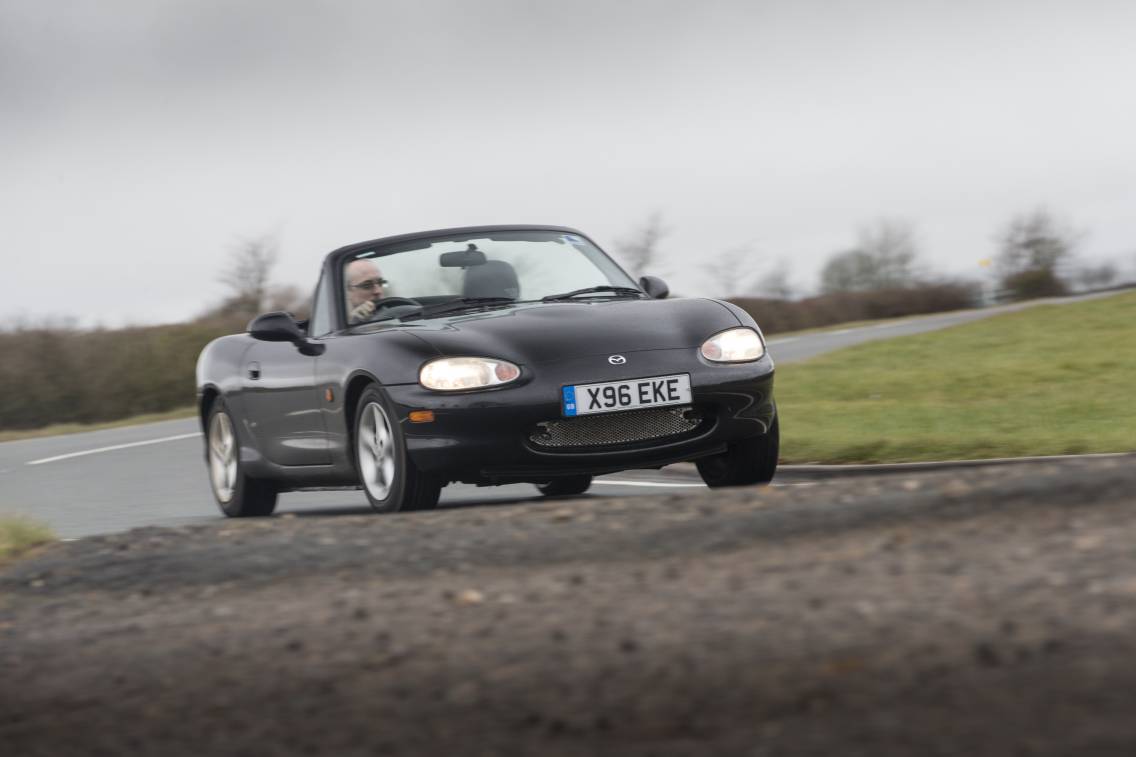 Now, you’ll need over twenty grand to get a shabby Mk1 Escort, and even the worst Cooper S’ have all been carefully restored. Octane Magazine recently ran a story about some guys who pulled an early barn-door Kombi out of a forest in Austria and restored it – it was so rusty that they needed to build a support frame to stop the body shell from collapsing in on itself while they towed it to their workshop.

Of course, the MX-5 is a long way from that sort of fame today. We live in an age where nice MX-5s are as plentiful and as affordable as they’ve ever been, making serious repair an unattractive solution. If you’re unsure of what to do with your rusty MX-5, just sell it for whatever you can get and go buy this black MkII instead.

But these glory days won’t last forever, and one day we, or the future MX-5 enthusiasts, will surely rue the days that we consigned all of these allegedly fixable cars to the great scrapyard in the sky. The day will come when we’ll be forced to pay £20,000 for a truly rusty Mk1 and it will seem incomprehensible that we actually crushed them instead of just paying £2000 to repair the rust.

We are, of course, a long way from that point. But just keep it in mind as you’re hunting for your next rust-free MX-5. We live in good times.

Photos courtesy of The Market 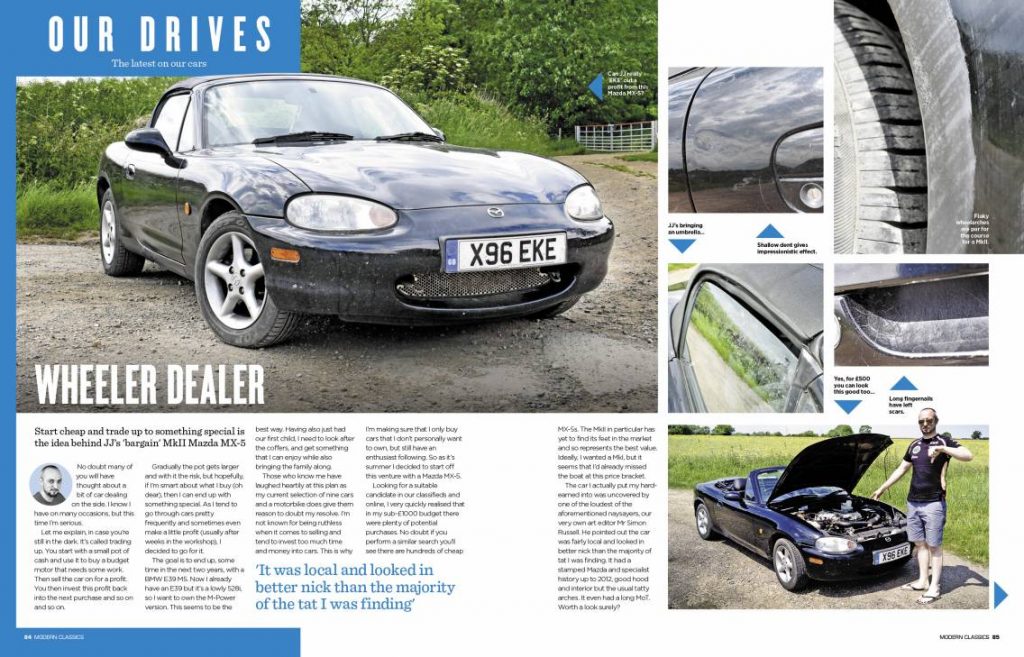 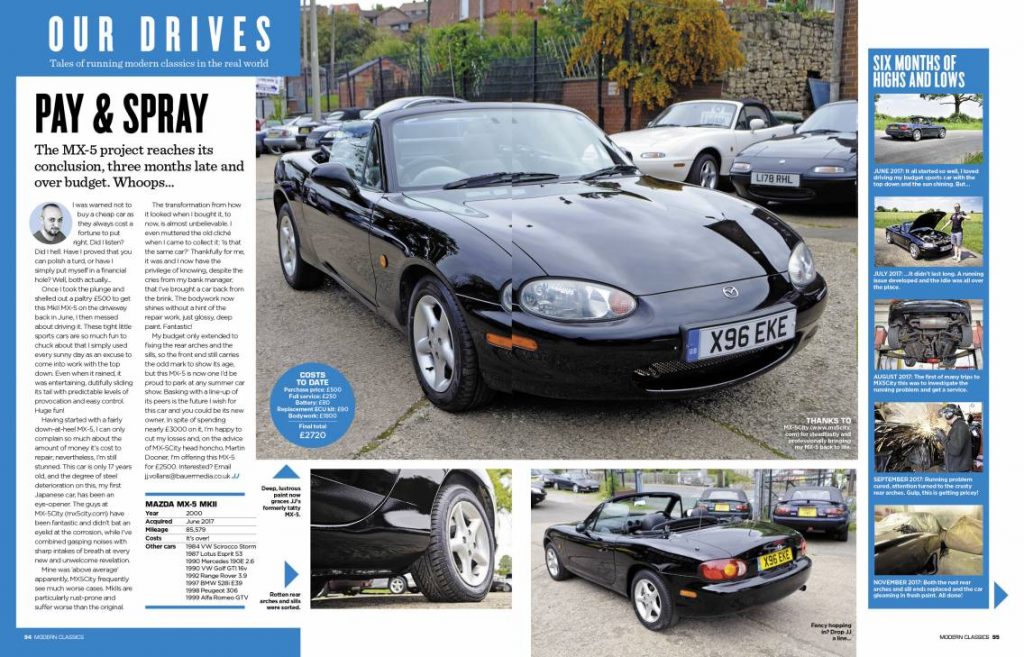 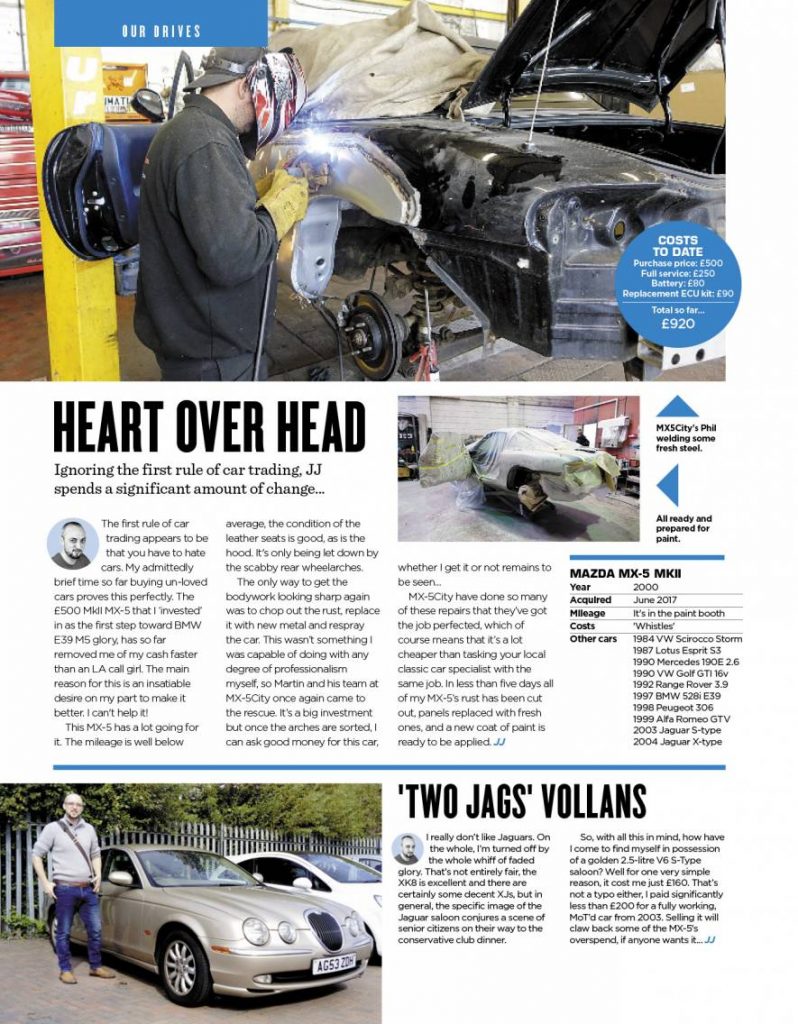 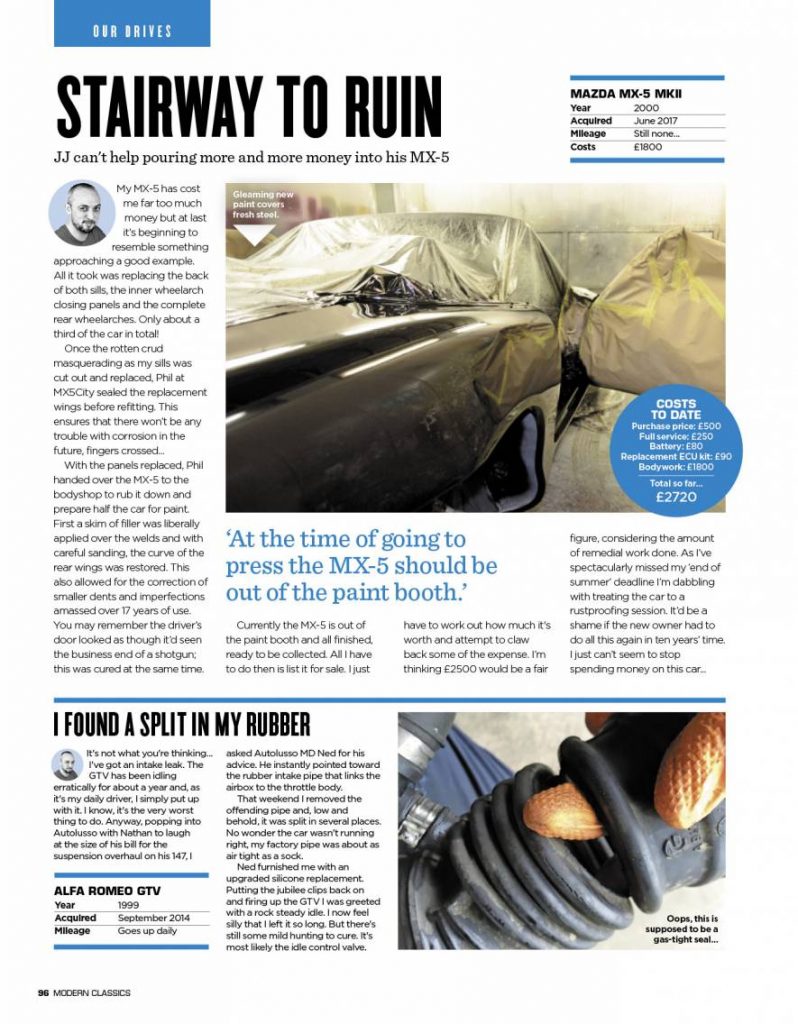 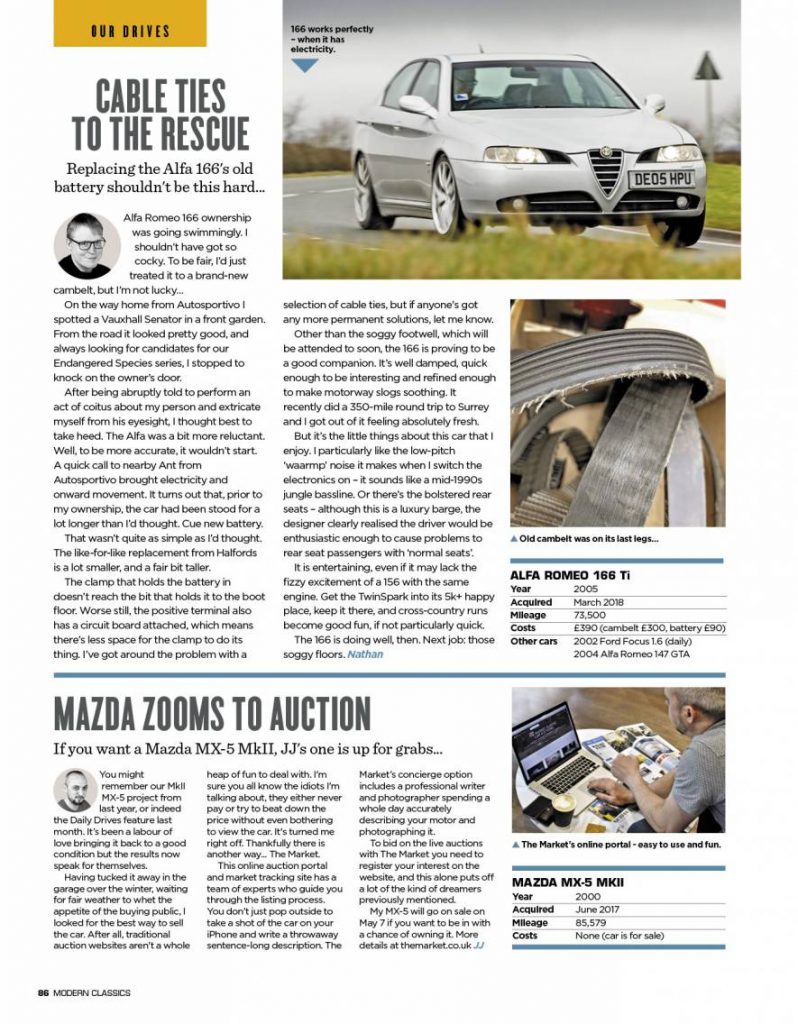