Scotland to Goodwood in a new old MX-5

Having decided a Fiat Coupe wasn’t going to cut it for the summer, we began to look around. Although it was running well we couldn’t shake the fear of Italian gremlins making themselves known, and we were dreaming of top-down motoring. We therefore found it a loving new home and set out for something a little more apt for summer.

Online auction specialists The Market had a particularly charming MK1 Mazda MX-5 for sale in the agreeable Harvard specification – Silver with red interior. After some spirited bidding, we landed on an agreeable price and all that was left was to go and pick up the new run-around. From the Scottish Borders…

The first train on a saturday out of Kings Cross took us northwards, and the sunny journey up the East Coast dictated that the return journey must be sans roof and via the coastal roads. We picked up the MX-5 from a hair’s breadth over the border in Coldstream and immediately the roof was off and we were on our way back down south. 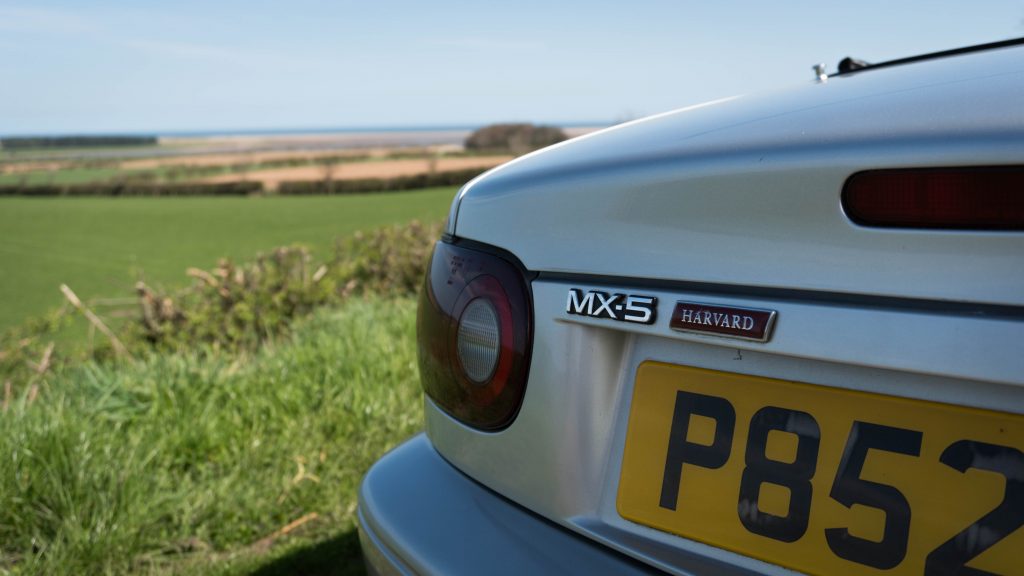 The agenda was simple; pick up the car in Scotland and get to Bicester Heritage via Cambridge for Sunday Scramble the next day. If the car didn’t need any urgent work,since it was bought sight unseen, it would take us to Goodwood for the MX-5 Owners Club Spring Rally less than a week later. Only the length of England to cover, then.

Between us we’ve driven every variant of MX-5 from the Mk1 to the new RF, and could happily report that ours drove like a dream. The thin Momo steering wheel and low weight coupled with the gutsy 1.8L four-cylinder provided masses of entertainment for the drive back down south. And aside from missing a crucial motorway exit north of Leeds, the journey to Cambridge was without issue.

We made it to Quest Brothers Classic Cars in St Ives, Cambridge in the evening to transport their 1972 Ford Capri to the Auto-Classics Mart at Sunday Scramble. The plan was for my co-pilot to drive the Capri to our overnight stop and for myself to follow up in the MX-5. The overnight stop was south of Birmingham, in rural Worcestershire, and a gentle drive would have us there around 9pm, leaving ample time for a burger and a beer after a long day. The evening was pleasant so the usual rules applied – roof off unless you need a snorkel.

Progress was as slow as could be expected with a four-speed, 1600cc single-cam Capri, but the road was clear enough to not let the northward creeping ETA bother us. But in a 50mph average speed zone between Cambridge and Birmingham was where that snorkel would have been useful. The roof was off, the speed was restricted, which made me a sitting duck for the ensuing downpour. With no option of speeding up to keep the rain out and nowhere to pull over in the restricted works, the only option was to hunker down and see the funny side of classic car ownership for all of its soggy irony. 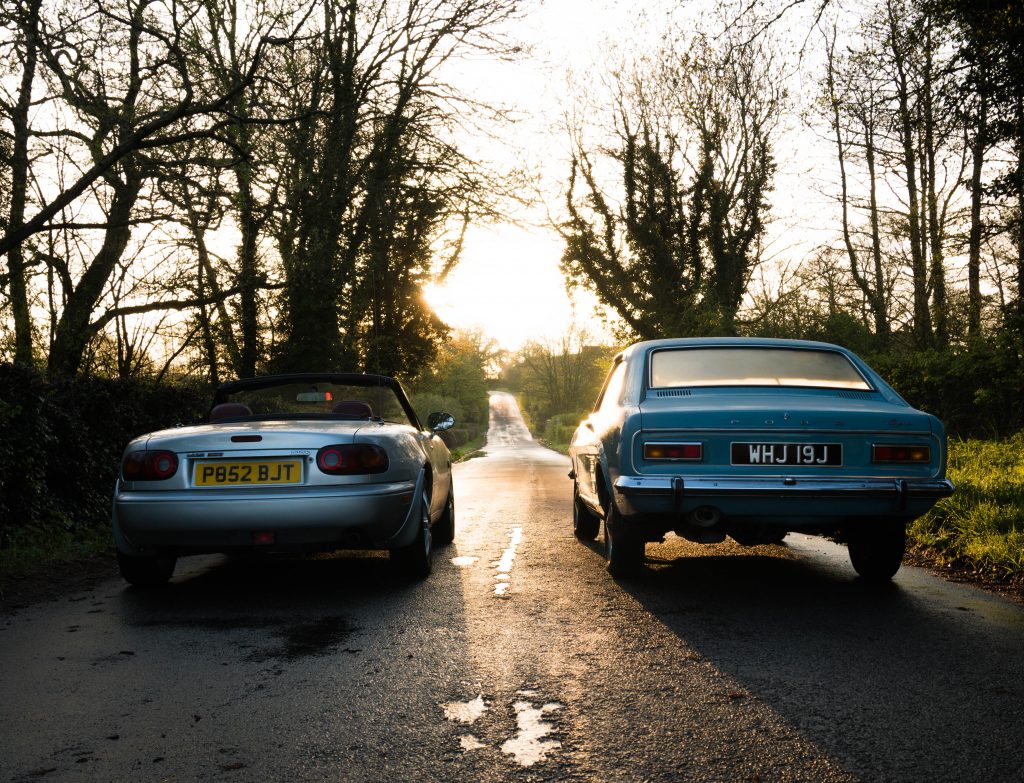 Once the downpour had finished and we were clear of the roadworks we pulled over to find a puddle had developed in the folds and rear bulkhead, so erecting the top would have resulted in another drenching. Roof off it was. The rest of the journey was tense as the weather threatened constantly with lightning, but we made it home safely… eventually.

Sunday Scramble was a treat, the sun was shining, the MX-5 was dry and all was right with the world once again.  Our roadster performed faultlessly throughout and it was decided that after a short rest Goodwood the next weekend was a reasonable ask.

Cue another early weekend start! The MX-5 took its place on the track at Goodwood for the MX-5 OC National Rally and looked stunning, although muddy next to the others. Goodwood counted 929 MX-5s through the gates making this one of the largest spring rallies on record. Having an MX-5 on track with hundreds of others was really a special way to spend a sunday. Thanks to the MX-5 Owners Club for a great event!

The first outing of our new old MX-5 was somewhat of a trial by fire and water. The length of England and more in a week is an undertaking for any 20-year-old car, but ours didn’t miss a beat the whole time. We will be putting lots more miles on the car and will see you on the road. Here’s to many more, hopefully dry, miles.