Nothing else personifies the 90s era of Japanese car tuning quite like the HKS T-003 Concept RS – a Mk1 MX-5 based concept car from famed tuning house HKS.

HKS have been a stalwart of the Japanese tuning scene for over three decades and have been responsible for some of the wildest cars to come out of an admittedly pretty wild country. Most of us first discovered HKS on Gran Turismo, where the iconic black, purple and teal liveried cars were the ones to have. You knew you’d made it when you had the HKS R33 Drag GT-R in your garage. 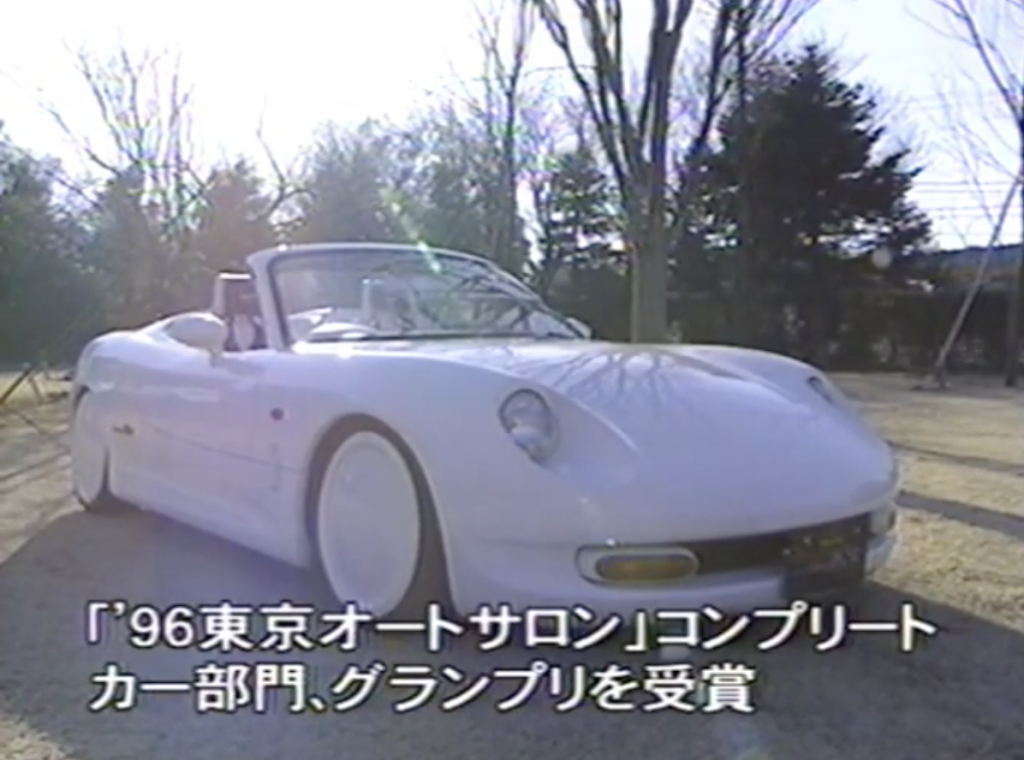 But HKS did a lot more than tune Nissan’s SR and RB engines to within an inch of their life and apply that livery to a variety of race cars – they were responsible for a lot of real innovation and technical development, most of which went unnoticed if you didn’t work in the industry in Japan. They introduced the world’s first turbocharger kit in 1974, in 1983 they built the first Japanese car to reach 300km/h, they designed and produced racing engines from scratch including a V12 for Formula One, they produced a horizontally opposed light aeroplane engine, and they even explored advanced aerodynamics. And the HKS T-003 Concept RS is a hat-tip to where the company was at that point in time.

It’s a product of its era, and we love it. In a decade where the humble lozenge inspired car design around the world, the T-003 looks the most lozenge-like of all. But few people seem to know quite what it is, or even that it exists. 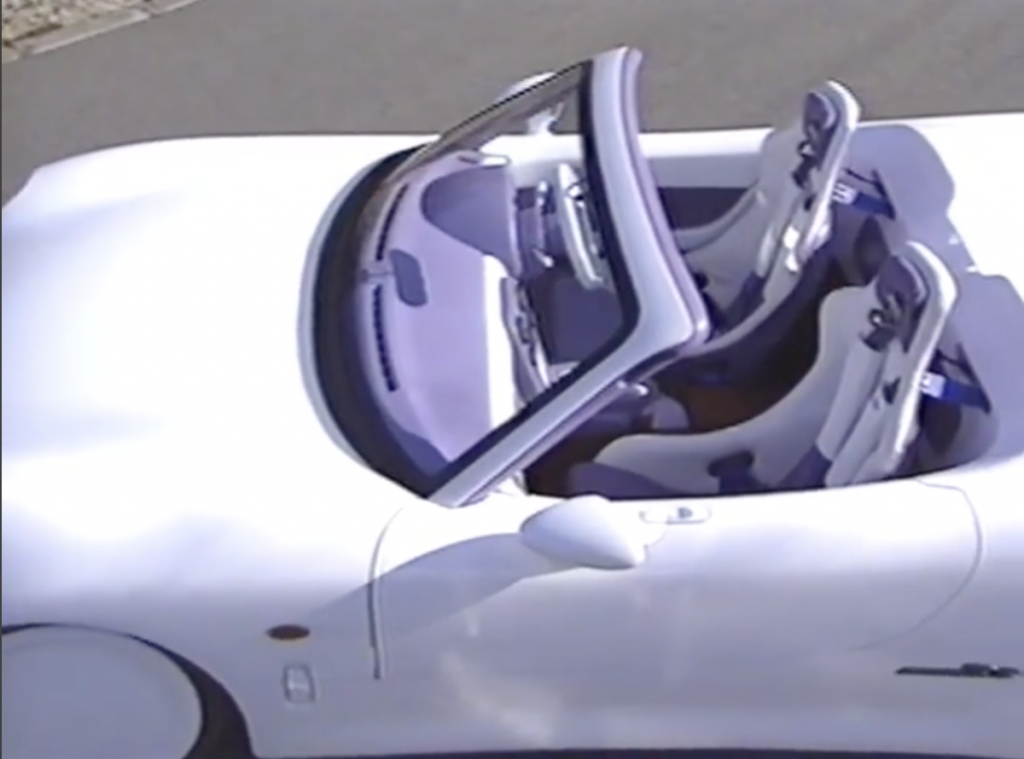 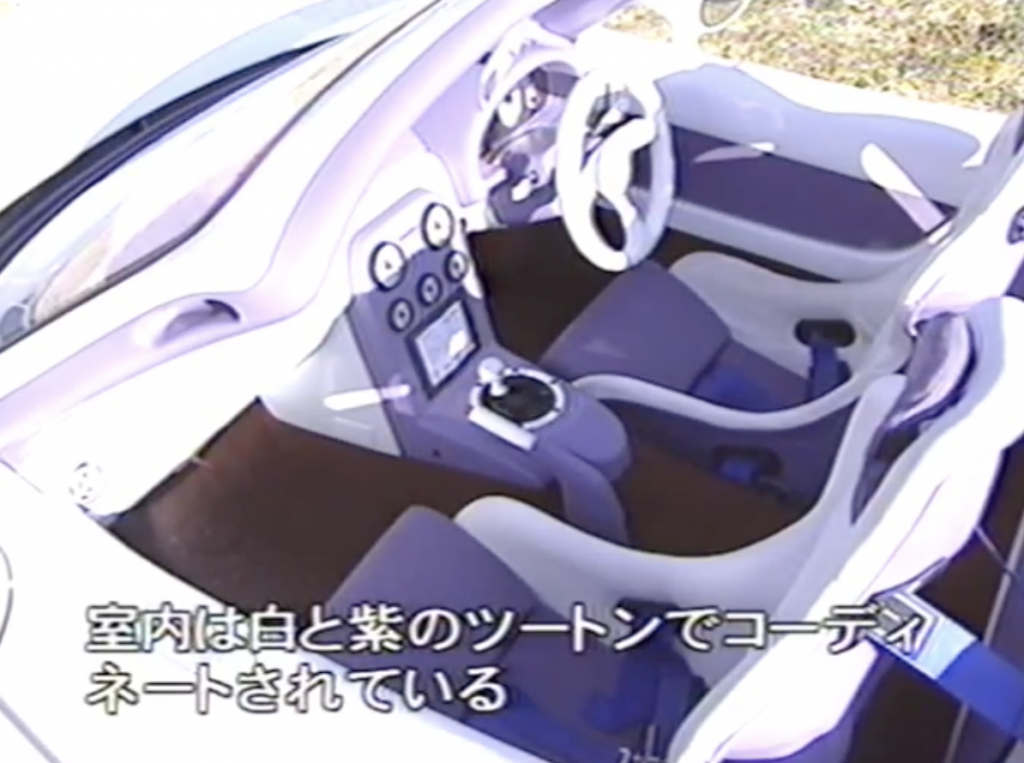 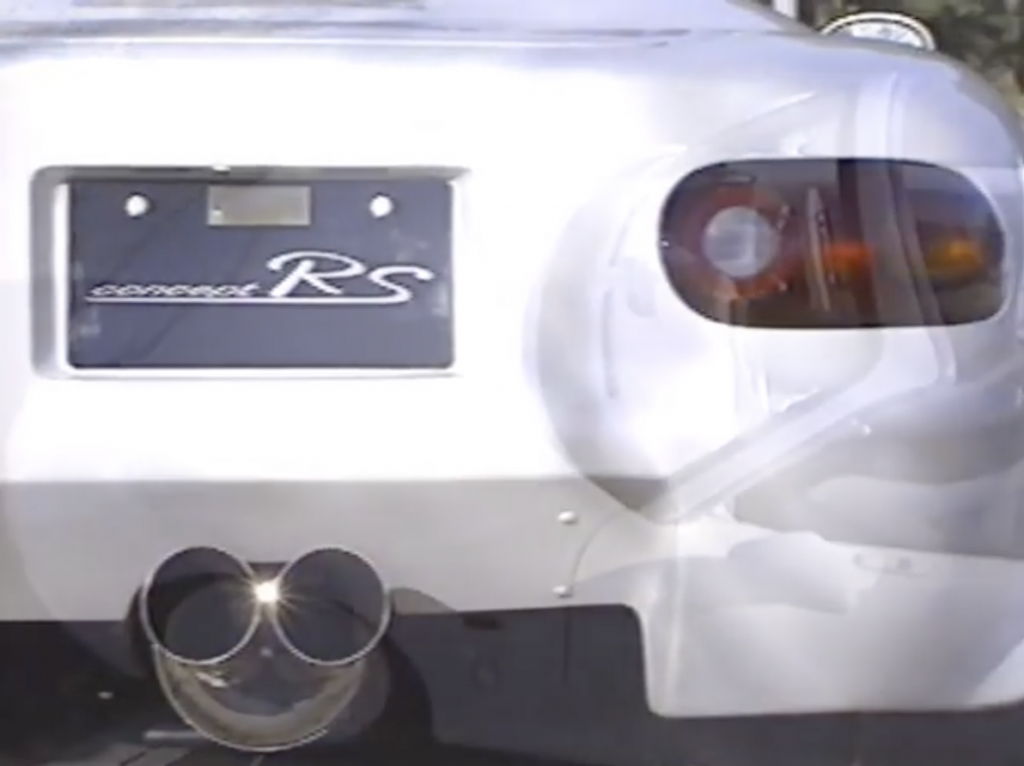 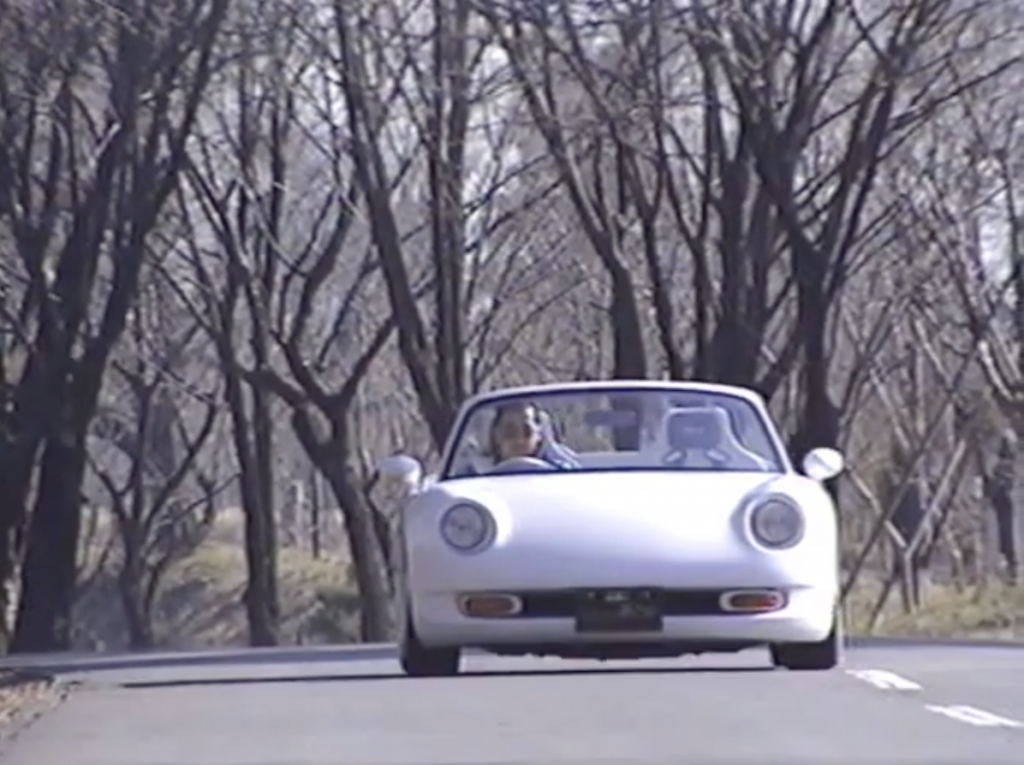 Hours and hours of internet searching and Google translating turned up exactly three solid references to the T-003 Concept RS – that must be some sort of record for almost any car these days. Even K.I.T.T from Knight Rider returns over 17 million results.

We found an obscure forum post from 2008 where it was referenced in a thread about low-line doors in MX-5s, we learnt from JDM Option that it won the ‘Domestic Production Complete Car’ category at the 1996 Tokyo Exciting Car Show, the forerunner to the famous Tokyo Auto Salon, and we discovered a segment in Option Vol.40, reposted on the excellent @vhs_refresh page on Instagram. 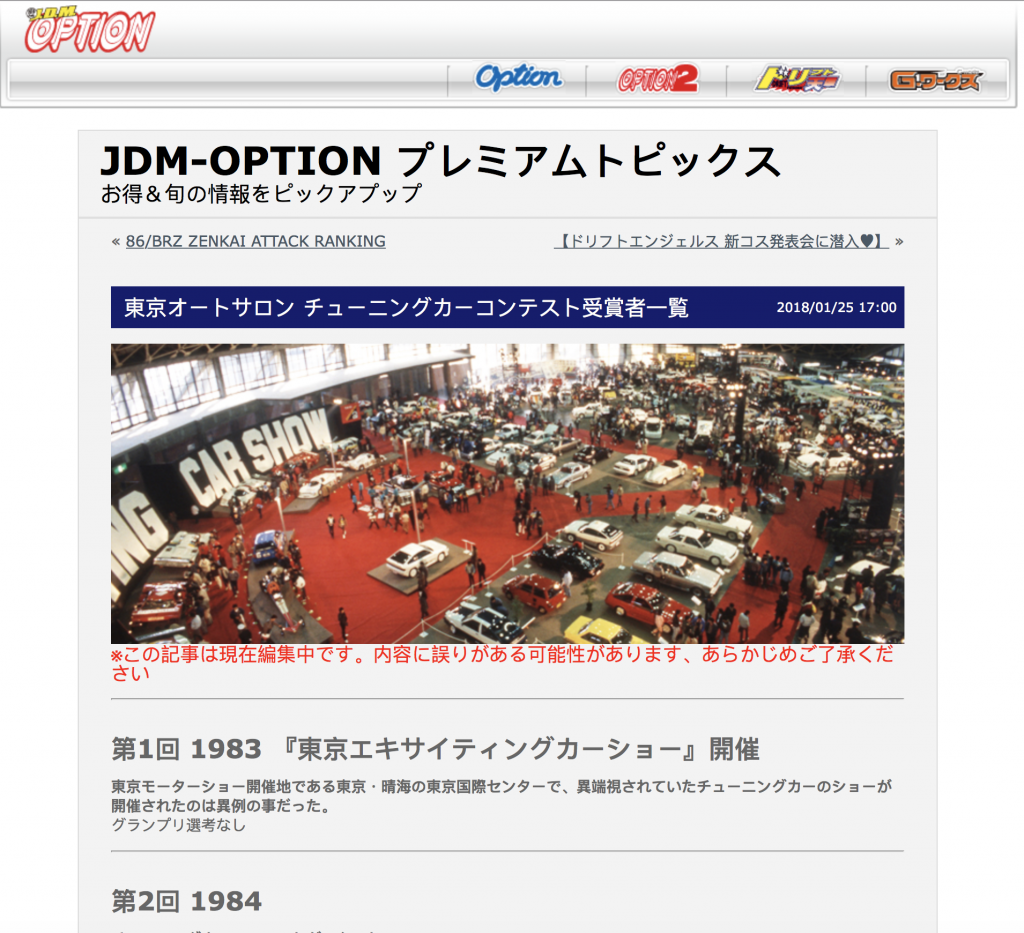 We can’t quite work out if the T-003 is an advanced study into aerodynamics, or if it’s the future itself, as viewed from 1996. The proportions are pure MX-5, and the windscreen frame, rear lights and dash give away that its base is indeed a humble Roadster. The half-height doors and flip-front nose certainly bring something new to the party, although that small-scale rear boot lid with its polished aluminium hinges doesn’t look terribly practical. 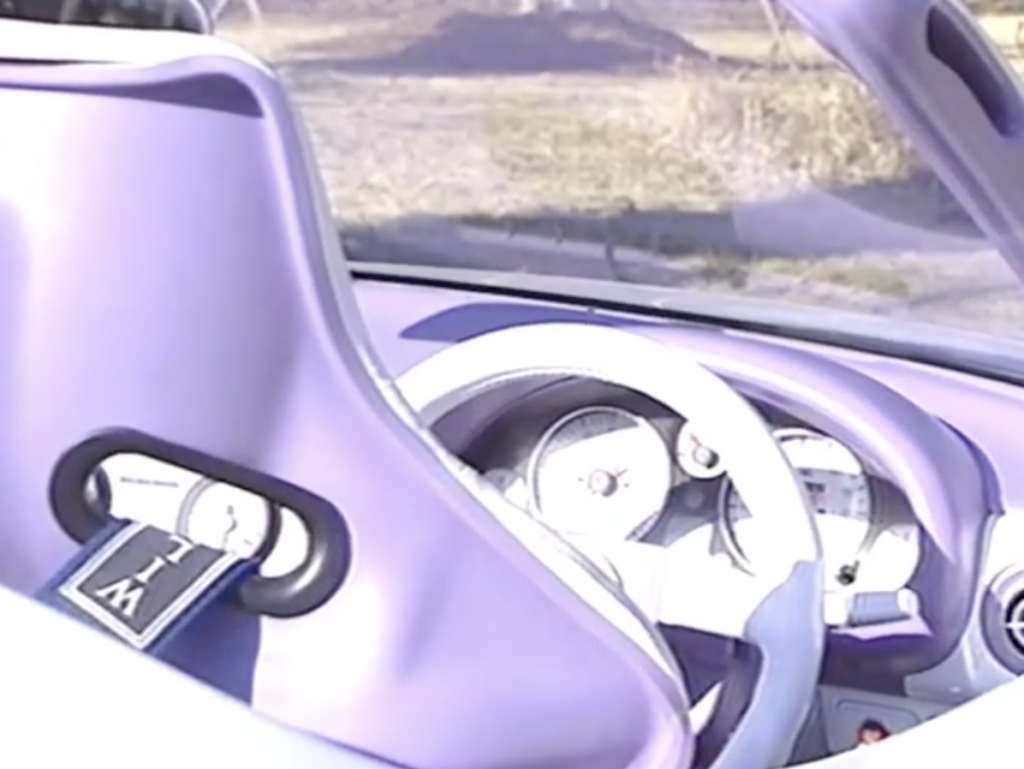 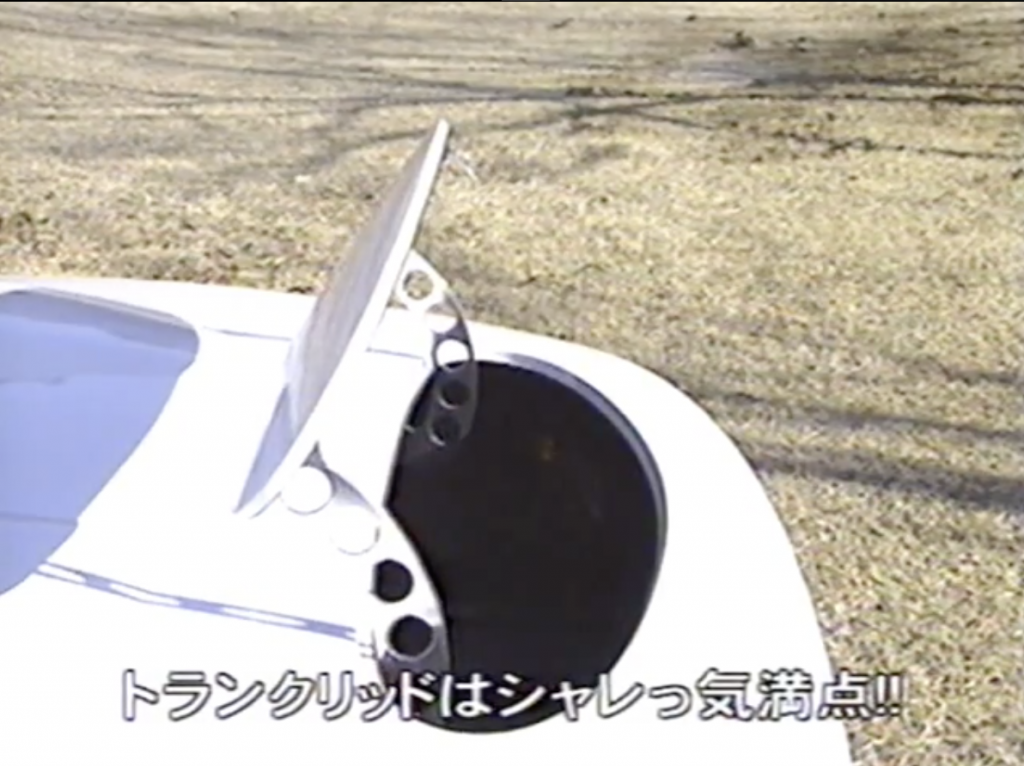 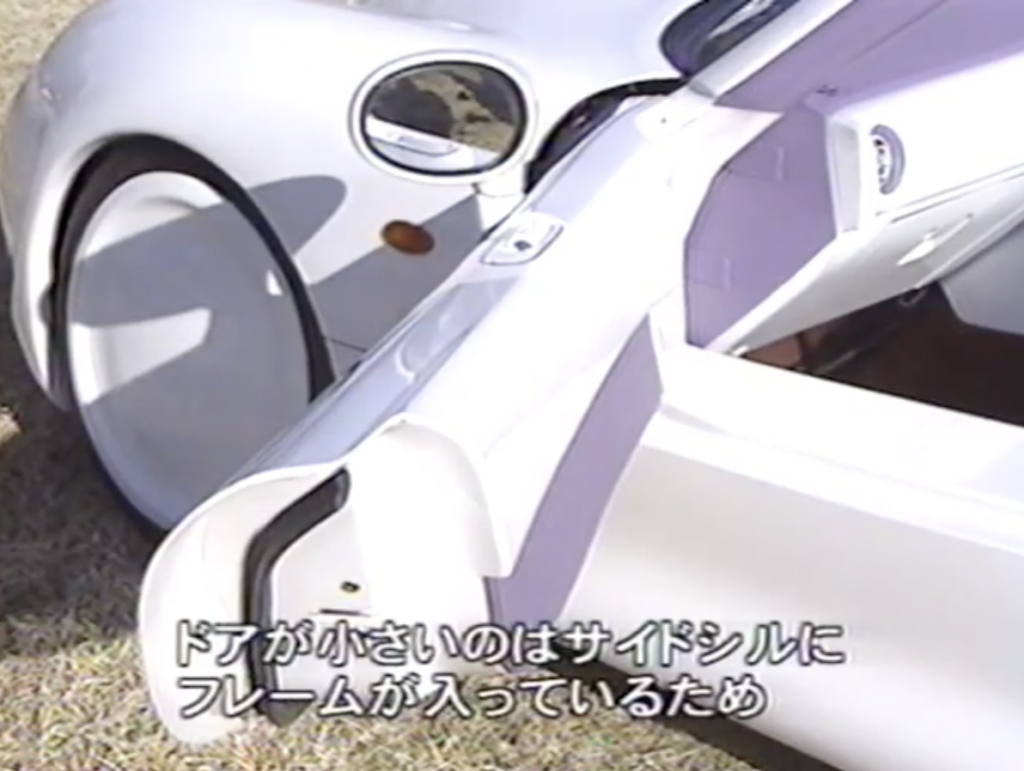 We’ve got no idea what sits under that all-encompassing nose section, but our money is on one of two options. It could be an early attempt at a hybrid or electric powered sports car – this is Japan, after all, and HKS are an engineering company first and foremost. Or most likely, a turbocharged version of the original Mazda engine powers this futuristic speedster. HKS were the first to design and develop turbochargers and tuning parts for these cars, so it would make sense for them to showcase their parts in the most attention-grabbing way possible.

Truth be told, it’s not a bad looking thing and is certainly one of the better MX-5 conversions that we’ve seen. One source seems to think that HKS offered, or planned to offer, this conversion on customer cars. If you painted it red and changed the wheels, you’d have quite an interesting and unique sports car.

We wonder where this show car is now? 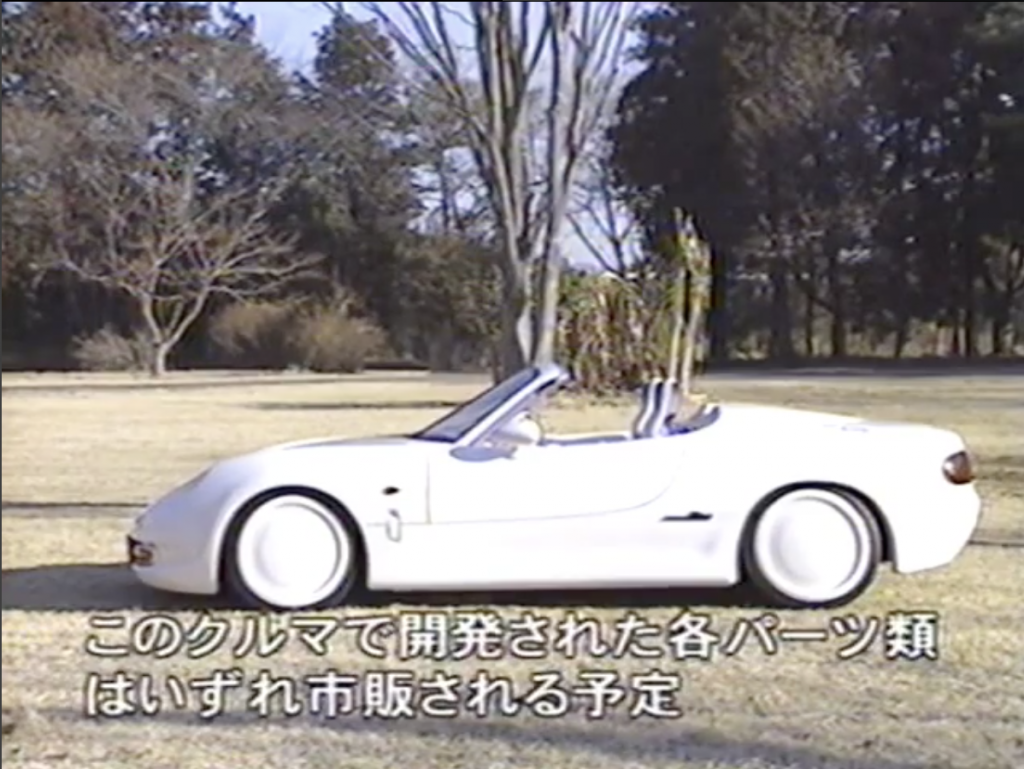 Do you have any further information or links on the HKS T-003 Concept RS? Let us know in the comments below, and we’ll update this story as more information comes. 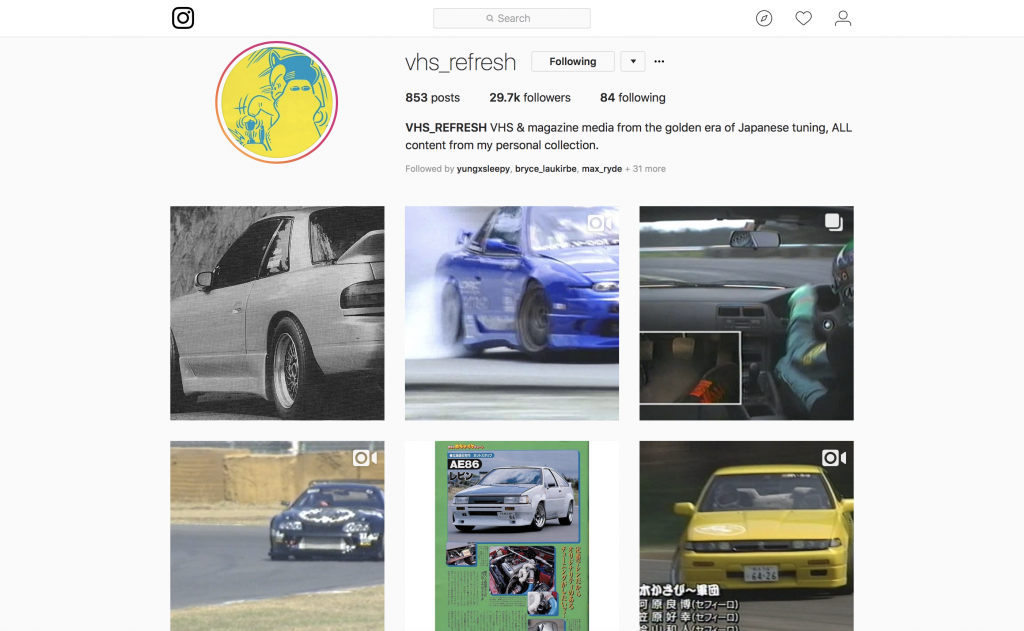 Thanks to @vhs_refresh for providing these screen captures. If you’re a fan of 1990s and early 2000s Japanese tuning, head across to their page and be prepared to lose hours of your life.