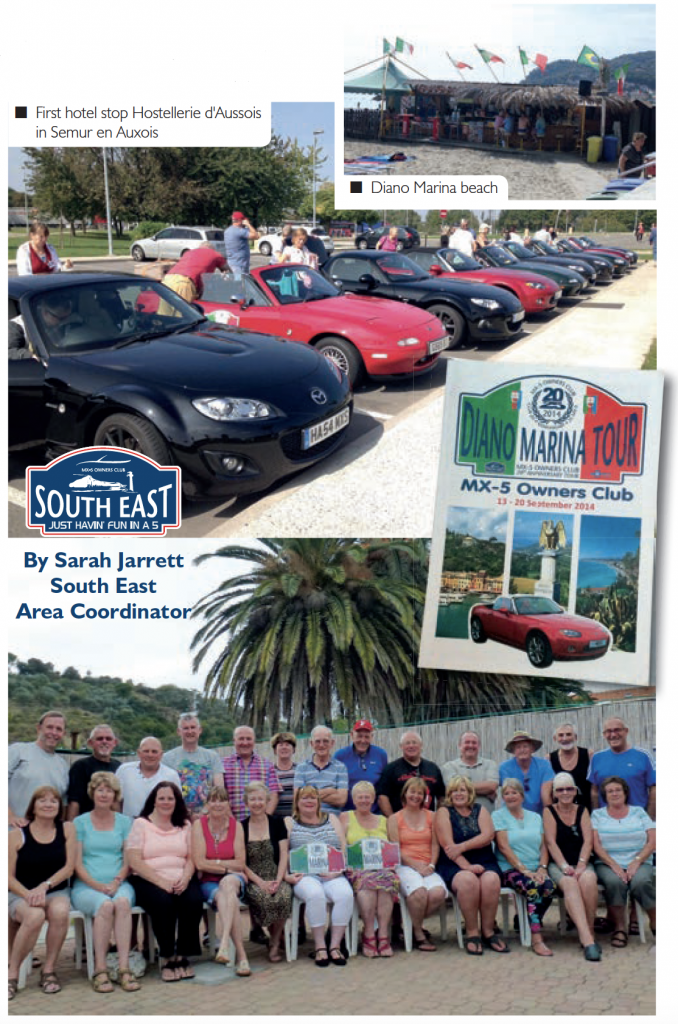 It all started at the end of 2013 when Paul Cleaver and I decided we wanted to do something special for 2014 in the 20th Anniversary year of the MX-5 Owners Club for the South East members.

We decided we would look to do a tour in Italy, so I contacted a few touring companies and, to cut a long story short, through this enquiry I ended up being employed by Motours and used them to arrange our trip to Diano Marina. With several months of advertising in our local newsletter and forum we ended up with 15 cars booked (not all from the South East.) Martyn my other half suddenly dropped a bombshell that unfortunately, due to work commitments, he could not make it, so my dear friend Wendy stepped in at the last minute to take his place, which meant I could still go on the trip.

The day had arrived and we were to meet the majority of members, 13 cars, at 6am at Dover in the Tesco car park, the other two cars going via Euro Tunnel. I should have known with 13 cars (unlucky for some) things would not go smoothly; however I did not think it would be because Chris Cummins had forgotten his passport (sorry Chris had to mention it!), so poor Chris had to drive all the way back to Surrey to get it. We decided to continue and allow Chris to catch us up catching a later ferry. We drove into Dover Docks where we all got through customs okay (phew!) and as we were driving in convoy to our booking in gate, a massive lorry hit and span my car around and tried to turn us over. It came from nowhere. Wendy was screaming and I was trying to control the car. With the help of several car mechanics in our group it was decided that my car would be okay to travel on to Italy so decided to give it a go even though she was quite badly dented. So with a damaged car and one passenger missing I was wondering whether we would ever get to Italy. The ferry gave us time to relax and get over the accident and have a natter and enjoy the journey.

We arrived in Calais and disembarked and continued our journey. It was a long haul with 342 miles approx ahead of us. We made our way through the lovely countryside of France. With several stops and tolls to contend with and a major traffic jam we arrived later than anticipated at around 9pm at our first stop for the night on B&B basis at Hostellerie D’Aussois in Semur-en-Auxois.

It was pitch black by then and we were all pretty exhausted from the drive. Some went to the town for food, while others grouped together for a night cap in the bar area for a catch up on all the excitement and activities of the day. It was not too late to bed knowing we had an even longer journey the next day.

Although our route today required much motorway driving, we did include some scenic drives through the mountain landscapes of Savoy, including the famous Tunel du Fejus passing from France into Italy, and a winding journey via the Italian Maritime Alps to the Mediterranean. The journey was long with fantastic scenery but took longer than expected so, with a few stops and traffic hold ups, we got to our hotel at 11pm that night. The hotel very kindly put on a spread of food for us all which we were pleased to enjoy. We were still worried about Chris who had gone back for his passport. Wendy and I stayed up for him but he did not arrive until 2am so we were all very tired but glad he made it. 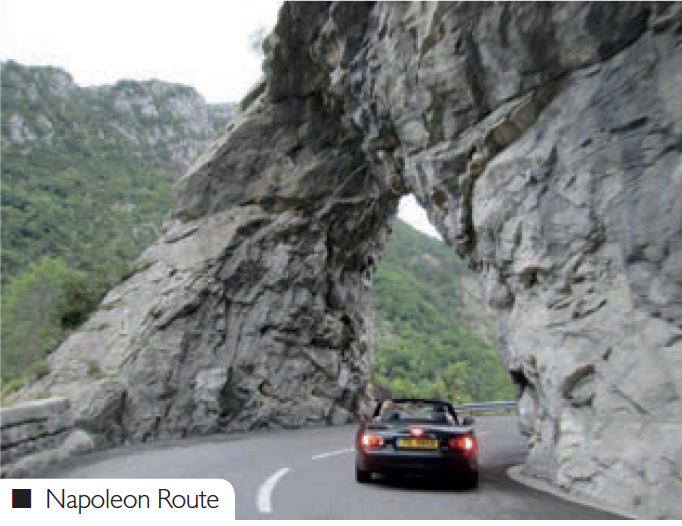 I think we were all glad to have a day of leisure, many having a nice relaxing swim in the pool or enjoying a wander down to the Diano Marina beach with sun-soaked sandy beaches with palms and orange trees. We were all-inclusive in the hotel so the food was available throughout the day and, with evening entertainment, it made for a fun and enjoyable day and a much needed rest from driving.

The original itinerary was for us to drive to Monaco, but everyone felt that with the horrendous traffic in Monaco, it was probably best to try to go in by train, so with this thought we all walked to the train station to get our tickets. I don’t think the ticket lady was expecting so many in one go but with a lot of patience we all managed to get on board the train to Monaco – another new experience. We got to Monaco and our first visit was to the Royal Palace of Monaco which was included in our package deal. We had a 40 minute tour of the Palace followed by watching the changing of the guard – much like England really – and then it was free time for everyone to enjoy as they wished. Many caught the tourist trains and bus to visit the sites of Monaco, including the Grand Prix circuit, Casino, Cathedral, car museums and wonderful gardens, not to mention seeing how the other half live! After a fun day in Monaco it was then back on the train to Diano Marino for our evening meal and entertainment. 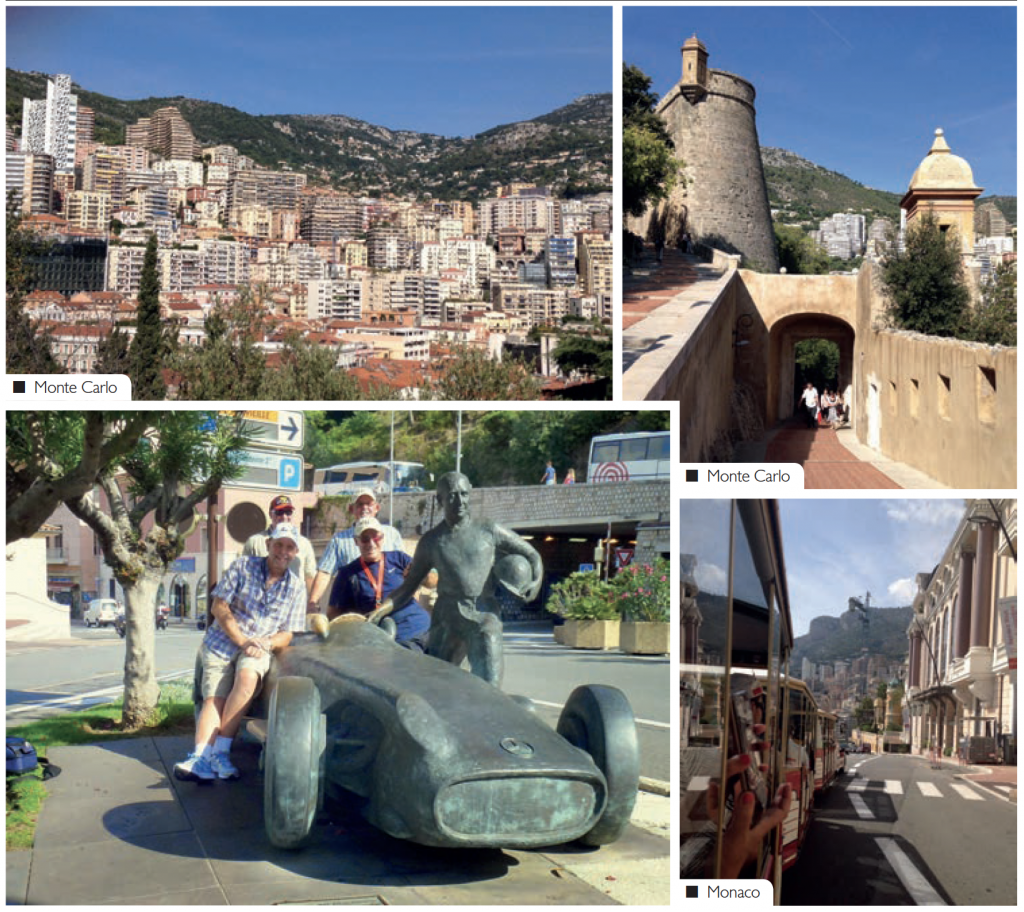 Day 5 – 17 September: Day Excursion to Portofino and the Italian Riviera

Today it was back in our cars to drive along the Italian Riviera to visit the picturesque Portofino by ferry. We followed the roads from Diano Marina following the local landscape of the “Cinque Terre’ which is a unique setting of charming little ports which nestled under a steep rocky coastline. We were getting our ferry at Santa Margherita Ligure. After finding parking we followed the signs for the ferry terminal catching our ferry to Portofino for the day. What a fantastic and wonderful place it was. We had time to shop and take in the local atmosphere, not to mention the lovely coffee. The day went quickly and it was enjoyed by all.

Day 6 – 18 September: Another day of Leisure

Some retraced the steps that we had ducked out of due to traffic congestion and time on previous days, while others got into their cars and went for a short drive visiting local markets and catching the Italian way of life. Others relaxed and enjoyed the day by the pool and Diano. The last night’s entertainment was once again fun and the hotel went to a lot of trouble to make it enjoyable for us all.

Another long drive today so we split into smaller groups to make it easier. We drove along the historic Route de Napoleon, travelling from the Cote d’Azur over the wild mountain landscapes towards Grenoble and central France. This was the route taken by Napoleon Bonaparte after escaping from exile on the Island of Elba, travelling to Paris with his army where he succeeded to retake control of France. The challenging and exciting journey is known as one of the very best main road routes to experience in France. Passing many picturesque sites on the long drive, and enjoying a stop off in tea rooms en route we arrived at our destination after driving around 425 miles to arrive at the Novatel Beaune. The journey had been hard as the weather was not on our side with terrible downpours to contend with, so we were pretty frazzled but glad we had done the Route de Napoleon and seen the beautiful sites on the way. We managed to get a small snack in the hotel and have a relaxing drink before we all went to bed, ready for another long drive the next day. 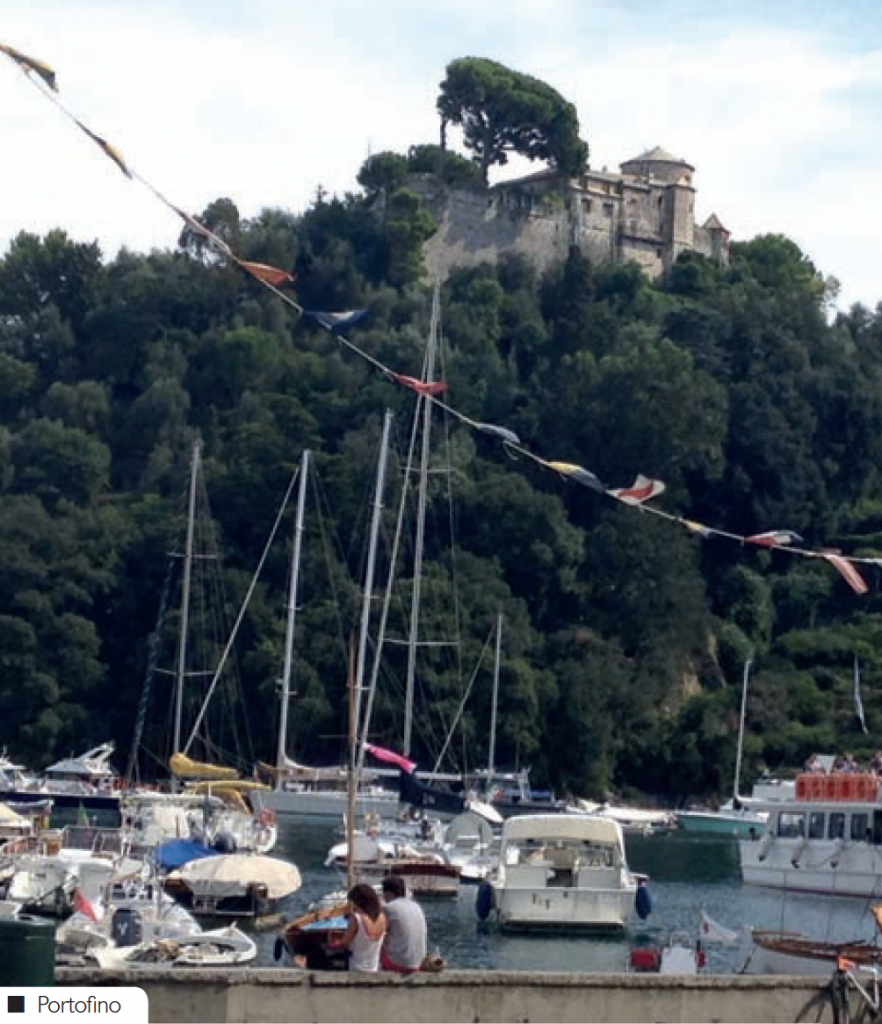 There was the choice today of a quicker drive back to Calais or allow extra time to visit wine cellars and an attractive countryside drive through northern Burgundy back to the Champagne region of France. Our group decided to drive the country route taking in the beautiful sights and chateaus and at the end rejoined the motorway to get to the ferry port in time to catch the ferry home. We all managed to get back to the ferry port in time and it was time to say our farewells on the ferry after a fantastic holiday. We had fitted so much into a week and there were many miles travelled. I was pleased to say that Poppy, my car, made it although damaged and it will be a holiday to remember that is for sure. Many did not want to return home having had such a good time, so most of the folk who went on this trip are coming on the next trip with us to Bavaria, Tyrol and Dolomites later this year, so I am looking forward to this for another load of fun in the 5.

Would you like to read past editions of our club magazine, in full? If you’re a member, click here to be redirected to the digital magazine e-reader.

If you’re not a member, why not join today? Click here to find out more.