From the Archive – Discovering the MX-5 for the first time

Words by James Vicker-Craddock of the South-West area

When was the last time you got in the car just to drive? My daily commute, taking around 40 minutes each way, usually involves a nose to tail traffic, mind-numbing journey. So it’s time to start enjoying being behind the wheel again by officially designating it a hobby.

My objective was to buy a second car for use only at the weekend. The chosen car would need to be a pleasure to drive and put a big smile on my face. My budget was modest so I wanted something that was not only affordable to buy but reliable and cheap to run. After a little research it didn’t take long to realise that the Mazda MX-5 ticked all of the boxes. A lightweight and balanced roadster with rear wheel drive and an equal 50/50 weight distribution was exactly what I was looking for. After trawling through Internet sites and forums I found a Mk1 which was being sold locally. It had lived in the garage for 20 years and was sold with a full Mazda service history. Perfect.

I bought the car in the autumn so spent the first few months having a general clean up and replacing some interior trim parts such as the gear stick gaiter and painting the discoloured ashtray. The first owner of the car had a dog that upon returning home from a journey would become excited and sink its teeth into the door cards. I found a lot of pleasure in tinkering over the winter (and still have plenty to do) but when the sun started shining in the spring I wanted to know what the MX-5 was really like to drive. 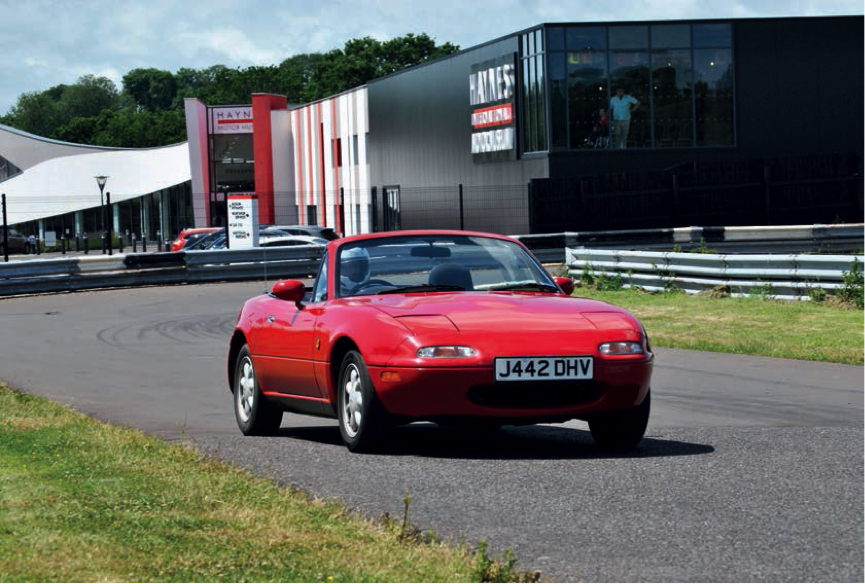 After some driving on local roads and meeting up with the local MX-5 OC members, a friend of mine suggested a trip to the test track at the Haynes International Motor Museum in Sparkford, Somerset. The track is a tight twisty low-speed course that is perfectly suited to the MX-5. So the three of us booked it for the morning with two Peugeot 205s and my Mazda MX-5 taking to the track. Cars were allowed on the track one at a time and timing or competition was not permitted. However, that didn’t matter to us as we were all keen to see what our cars could do away from the dangers of the public roads.

So, did the MX-5 live up to its reputation?

Yes! The direct steering and equal front and rear weight distribution meant that the car was neutral, predictable and didn’t suffer from copious amounts of understeer unlike the hatchbacks also out on track. The 1.6 engine came alive above 3000 rpm and the short throw gear stick made acceleration out of the corners and along the short straights really fun giving no break from the enjoyment. In terms of grins per pound the MX-5 is unbeatable and my first experience out on track will give me something to think about during the daily commute! 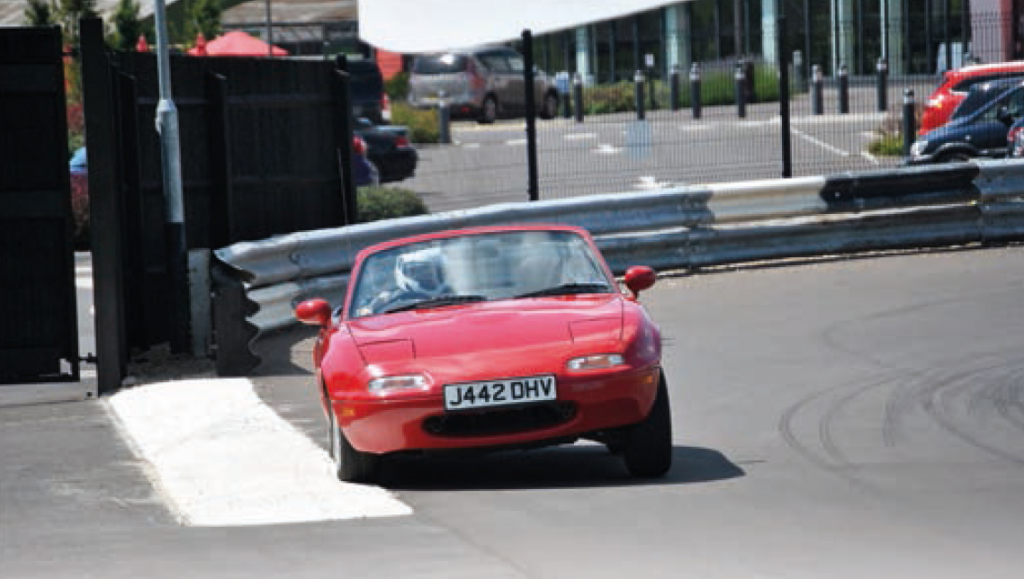