Small, light, and rear-wheel drive. These are the three things that are essential for a fun gravel rally car, so why don’t we see more MX-5s taking to the forests and special stages of the world?

The obvious answer is that they are not designed for the rough and tumble of rallying, but then again, nothing is. Any car, even the famous Subaru WRX and Mitsubishi Evo, requires full preparation before it can tackle the special stage. Chassis strengthening, sump guards, underbody protection, heavy duty rally specific suspension, an extensive roll cage, winged racing seats and high-quality wiring looms are essential, and that’s before you even think about getting decent power from the engine. 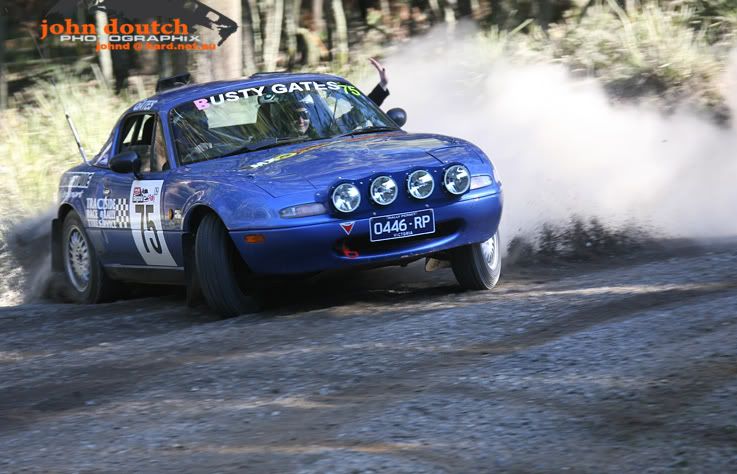 The reality of rallying is that it puts monumental stresses and strains on the car, and most competitive rally cars require extensive rebuilds every few seasons, if not more frequently.

So, an MX-5 can be made to last, as can almost anything.

The biggest concern is probably a lack of outright speed. While smiles are all that count on the road and usually at a track day too, rallying is all about the stopwatch. The MX-5 is one of the most tuneable platforms out there, but most of the modifications which enable them to go fast on the circuit are either not suitable or not allowed for rallying. Engine swaps and heavy modifications are not permitted in most championships, and any aerodynamic additions would likely be ripped off on the first jump. 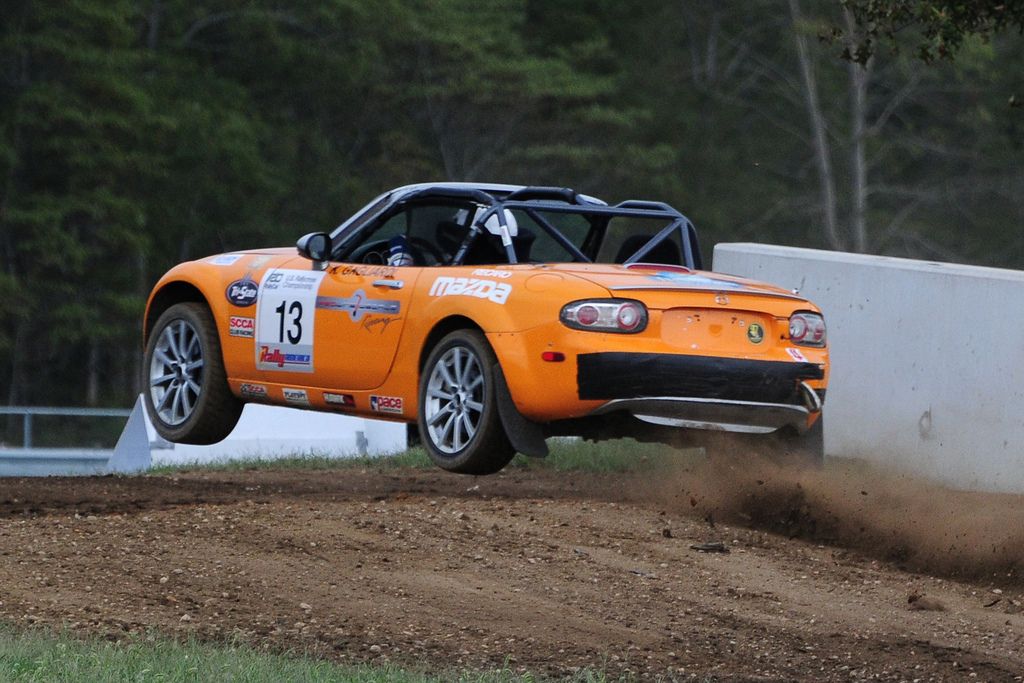 It also comes down to cost. The amount of time, effort and money that it would take to make an MX-5 properly competitive would be the same, if not more, than what you’d spend on a turbocharged four-wheel drive vehicle, which would be far faster. MX-5s have famously found great success in American Rallycross competition, where the relatively smooth tracks mean minimal modifications are required, but they remain a rare sight on special stage rallies.

However, there is a law of the mechanical world which states that if it exists, someone, somewhere, will have raced it. And it’s the same with rally cars. The MX-5 might not be a popular platform for use as a gravel rally car, but that’s not to say that nobody has done it. Please enjoy this fine selection of MX-5s having a great deal of fun off the road.

Rally rules were changed several years ago in Australia to encourage the use of two-wheel drive vehicles in a bid to reduce cost, slow vehicle speed and to increase competition. The MX-5 SE is an Australia-only turbocharged version of the Mk2, of which a small batch was built locally by Mazda Motorsport, and fits perfectly with the nature of the local rally rules, which limit modifications.

It is in this turbocharged form that the Mk2 MX-5 is most competitive, and we think it would be an absolute hoot to drive sideways on the loose Australian stages.

It is not the only turbocharged Mk2 MX-5 currently competing in Australia – just listen to the crack of antilag echoing through the forest.

MX-5 rallying is not just relegated to the dirt, and in this clip, we can marvel at a gorgeously prepared Mk1 taking on the 2016 Coppa Pedavena rally. Light pods are a rare addition to the Mk1, but we say that there needs to be more of it!

Staying on tarmac but switching to Germany and a blue Mk2, we see Team Balduf/Maier getting some huge airtime at Rallyesprint Oberderdingen in 2014.

The same car also competes on the dirt, and in this clip we see the Mk2 attacking the road with a little more sideways angle.

Of course, off-road fun in your Miata needn’t be limited to special stages or licensed events, and in America, the cult of the ‘apocalypse’ Miata is really taking off. There are countless off-road videos on YouTube, but this is one of our favourites.

Have you had any experience taking your MX-5 off road? Let us know in the comments below!