From the Archive – Tour de France 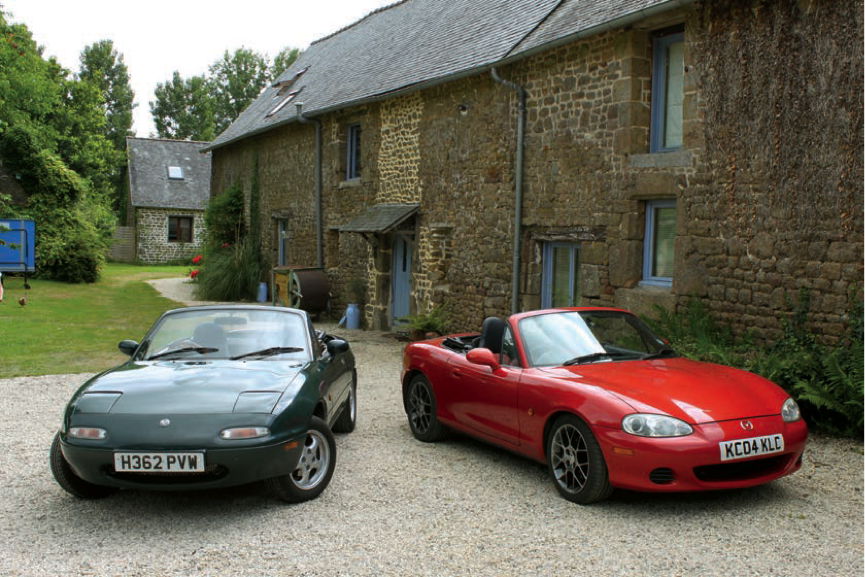 Words and pictures by Peter Tomalin

We’d been meaning to take our much-loved Mk2 Euphonic on a touring holiday through France ever since we’d bought it three years ago, but somehow we’d never quite got round to it. Probably something to do with having teenaged children who insisted on tagging along… But then last summer we just thought, what the hell, the kids are all old enough to sort out their own holidays!

And since it’s always more enjoyable to share this sort of adventure with friends, we also roped in our good chums John and Shelagh Meredith, who borrowed a very tidy green Eunos Roadster from a local MX-5 restorer especially for the trip. Our view was, if you’re going to have a mid-life crisis, you might as well make it a memorable one – and have a bit of fun on the way! And so a crossing was booked with Brittany Ferries, along with the first night’s accommodation in France. From there, the plan was to simply drive wherever our fancy took us. And so, after a most enjoyable crossing from Portsmouth to Caen, we found ourselves in our two MX-5s, eating up the back roads of Brittany, tops down, with nothing on our mind except the next bend and where we might pause for coffee and pastries.

My wife Janet and I have long been MX-5 fans – the Euphonic is our third – but for John and Shelagh this was a new experience and a very different one to their usual Vauxhall Zafira, or ‘the tank’, as it’s known. As John observed, ‘In an MX-5 you become part of the world around you, rather than sealed off from it.’

As we entered small towns, children pointed and squealed with delight at the sight of two open-top sports cars in convoy – seems MX-5s are a much rarer sight in France than back in the UK. Out on the open road we could smell the flowers and hear the swifts shrieking overhead. Crawling past a market in full swing, a monsieur on a bike, baguette under his arm, paused to wish us ‘bonjour’ and ‘bonnes vacances!’ And whenever the roads got a little twistier and the traffic thinned, it was impossible to resist dropping down an extra gear and powering through the bends. Very few modern cars are this much fun, and, with the sun beaming down, we already knew it was going to be a trip to remember.

We’d originally planned to head quite a bit further south, but even in the Loire the temperatures were ridiculous, well into the high-30s. So instead we decided to head back to the north coast of Brittany where it was a pleasant (!) 30C and sought out routes through cooling forests, or hugged the coast roads for the sea breeze. 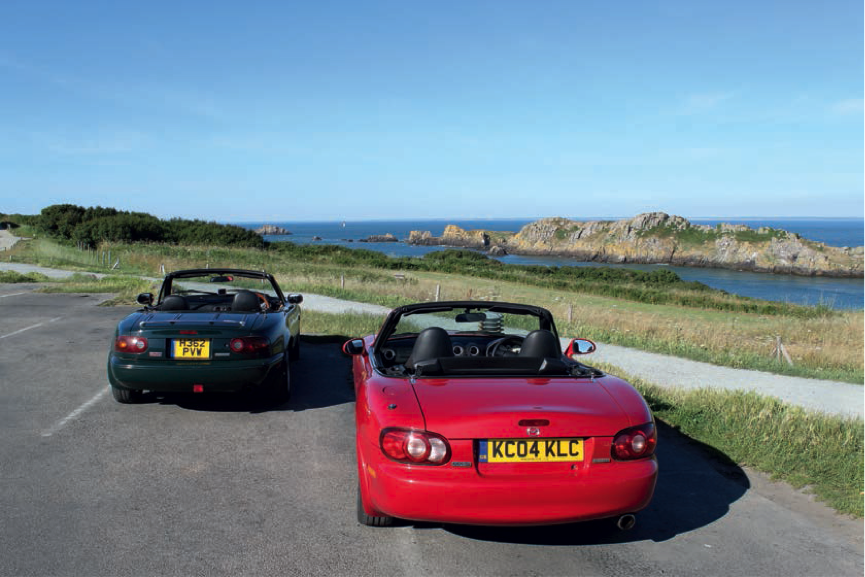 Away from the cars, we explored chateaux, walked ramparts and ate moules frites in Dinan, St Malo and Fougeres. But returning to the MX-5s for the next leg was always a highlight of the day. Our experience was obviously enhanced by the fact that we’d accidentally picked a week of almost uninterrupted sunshine, so the tops stayed down nearly all the time. Even driving home in the dark to our B&B after an evening out in the local town, we could leave the canvas off, pop on a jumper and have the heater blowing warm air into the cockpit while we enjoyed the cool night air and a starry sky above.

Needless to say, both cars ran perfectly. And when our week in France was over and John and Shelagh had to give the MX-5 back, Shelagh, who to begin with had been a bit lukewarm about the project, was genuinely crestfallen – and started making noises about how nice it would be to have a soft-top of their own.

Was it the heat? Or the fact that EVERYTHING (coffee, lager, cheese sandwiches) seems nicer when you’re on holiday in France? It was all these things, of course, but most of all it was those two great little cars. For John, the whole experience had rolled back the years to his early 20s. ‘It almost felt like being back on a motorbike again,’ he said, ‘looking forward to the twists and turns of the back roads.’ Shelagh was similarly blown away by the open-top experience. ‘A couple of years ago, we hired a speed boat on Lake Como. Being in the MX-5 reminded me of that,’ she said. ‘Sun on the face and wind in the hair, low to the ground/water behind a bug-splattered windscreen, sudden surges of power giving a rush of excitement… I don’t think the Zafira is going to be quite the same!’ Alas, there’s a sad postscript  o this tale. A couple of months after we returned to the UK, an errant motorcyclist rode smack into the side of our Euphonic. Fortunately no-one was hurt – except the poor little Mazda. A Category D write-off, the special paint meant it

would have cost a fortune to have a full respray, so it was sold on to the same Cambridgeshire-based specialist who had lent us the Eunos Roadster. I’m sure it will surface again one day, hopefully to be enjoyed by a new owner. And us? We’re currently MX-5-less. But I have a feeling that, when spring approaches, I’ll be searching the classifieds again for Mazda number four. After all, our next adventure awaits… 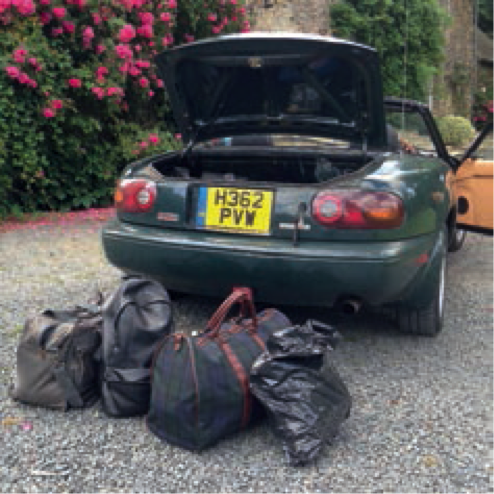