From the archive: A Challenging Minus 5 Degrees in the Lakes 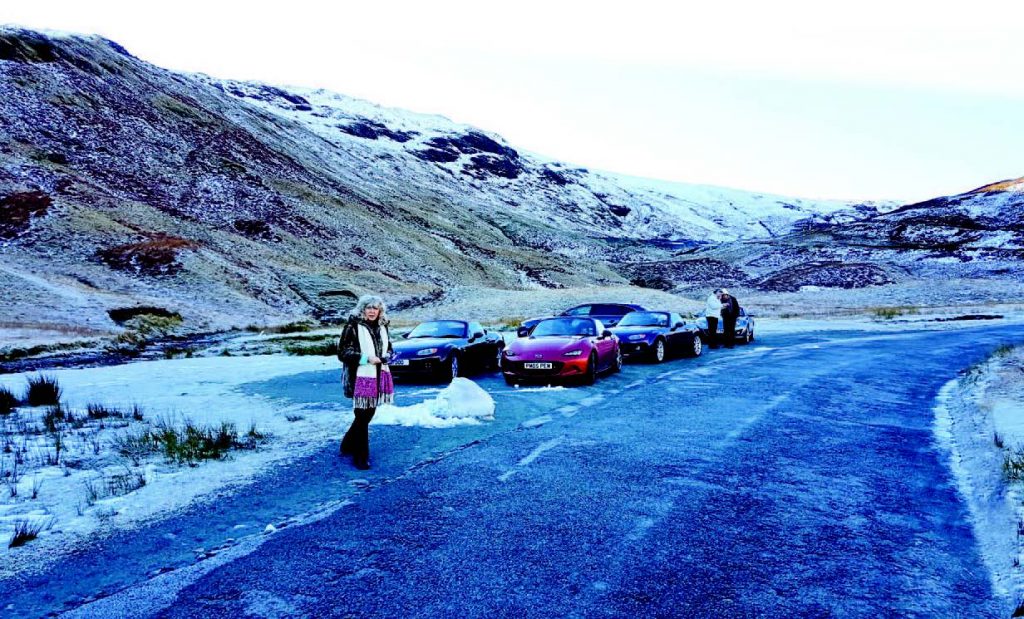 In early Autumn I was polishing my flat black Mk3 with black Turtlewax Colour Magic (excellent for hiding faint scratches) when my wife Lynn announced that our friend Henry was going to have a new hip on the same day in the same hospital as me. Henry and his wife Chris live nearby and we all enjoy holidays and Club events with the Cheshire and North Wales area.

Two months later when Henry and I were in the hospital ward together, we decided that in six weeks (when we were allowed to drive again) we would celebrate by going on a short driving holiday. When our friends Graham and Pauline heard of our plan – they were free on the dates we planned – they suggested the Lakes. Another couple, Dave and Sue, were also free so a hotel was booked and some challenging winter lanes awaited.

Six weeks later I took the covers off the Mk3, disconnected the Halfords optimiser from the battery (a must in cold weather when the car’s used infrequently) and tried to see if my new hip would allow me into the car. Just before my operation I had the car lowered by 30mm (MX-5 Parts Sports Springs) – so it was 30mm more difficult to get into! Thankfully the task was easy and the car started immediately after a 7 week break.

The next day Henry and Chris met up with us at our house and we drove off to meet the others at the Charnock Richard Services on the M6. As we drove down the lanes to the motorway I enjoyed the feel of the new springs. The car was shod with Cooper Zeon CS6 tyres with an aspect ratio of 50. This profile provided some additional suspension and the car was very comfortable on any surface. Not only did the car look better (the 4 x 4 look on early Mk3s simply didn’t look right) but it handled so much better. The steering was more precise and the unnerving roll completely disappeared. I had the wheel alignment adjusted at the same time which no doubt helped. I had considered changing the shockers, but was advised that the original ones would be fine. The advice was spot on. Thank you C & S Haynes Ltd! 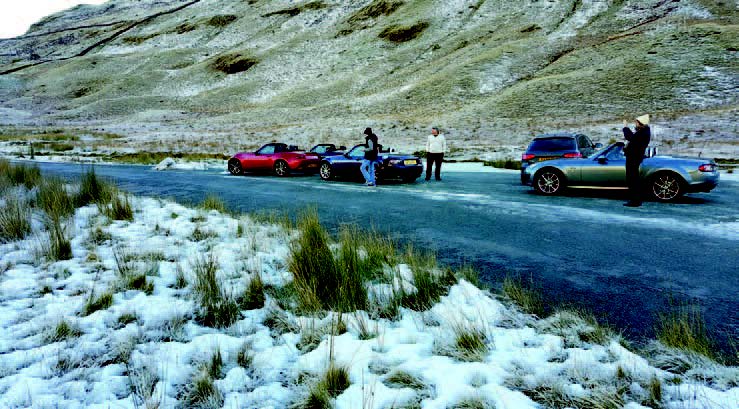 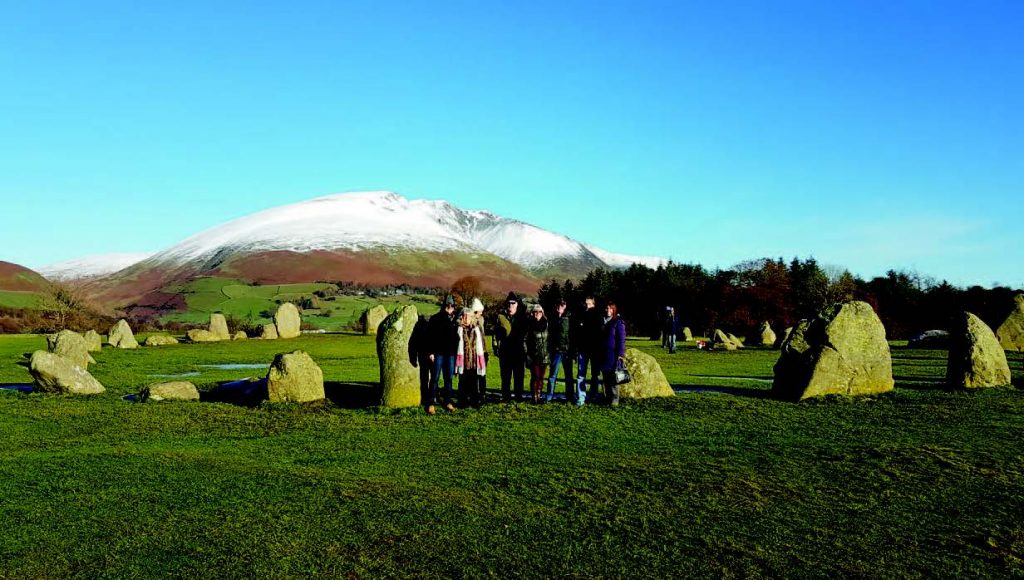 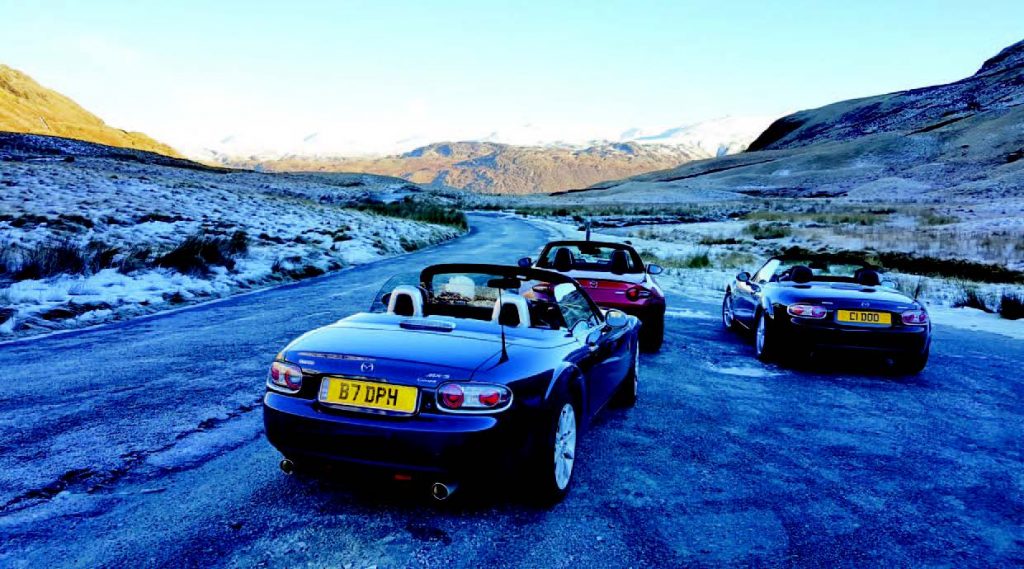 From Charnock Richards we headed for the Castle Inn at Braithwaite – an excellent base from which to explore the northern Lakes. After lunch at The Swan at Newby Bridge (excellent) we headed north along lanes to the west of Lake Windermere and took the ferry to Bowness. With temperatures hovering around freezing despite bright sunshine we drove carefully to the Hotel. The Castle Inn at Braithwaite was a Great Western Hotel so food and comfort was more than acceptable.

The next day we drove to the Whinlatter Pass. Progress was slow because temperatures had dropped well below freezing at night and remained negative during the day. The lanes were untreated and presented us with frost and black ice with occasional wet patches where the angle of the road had allowed the sun to melt the ice. My Coopers were not rated very highly in winter conditions but seemed to give the same level of grip as the more expensively shod cars. In other words, very little! I never got into 4th gear for most of the morning – and concentration levels were at the maximum. Lots of fun!

Next up was High Lorton, then Buttermere via Crummock Water to the Honister Pass. Very challenging on ice! I got the hang of allowing engine braking to give the front wheels a little more control. We allowed plenty of room between the cars so we could get a bit of a run up each hill. It would be embarrassing if we started to slide backwards! At Grange we stopped to walk round the village. It was a sobering walk.

Driving on ice was so much easier than walking – particularly when two of us had new hips! I was glad to get in the car again. Once the key was turned I hit the SmartTOP Retractable Hardtop Controller button to enjoy the sunshine – and drove off. This piece of kit from MX-5 Parts allows the roof to be raised or lowered with one touch of a button – while you are driving along. Saves time as well as saving you from getting wet on showery days.

From Grange we drove to Keswick on treated roads. Bliss! We stopped in Keswick for a coffee in The Chief Prosecutor of the Common Pleas – a wonderful Wetherspoons building. We then took more treated roads back to the Castle Inn.

The next day was colder still. After breakfast we gingerly drove to the Castlerigg Stone Circle. The Neolithic people certainly knew how to pick a spot for a bit of building work! Absolutely stunning! After a pit stop just outside Bowness, we headed home via the M6. Couldn’t believe how fast 70 MPH was after two days driving at cycling speeds.

So – how did we rate our short break? Well, if you fancy seeing the beauty of the Lakes without the company of thousands of others, I can certainly recommend a visit in winter. The cars coped admirably and the occupants had a great time! 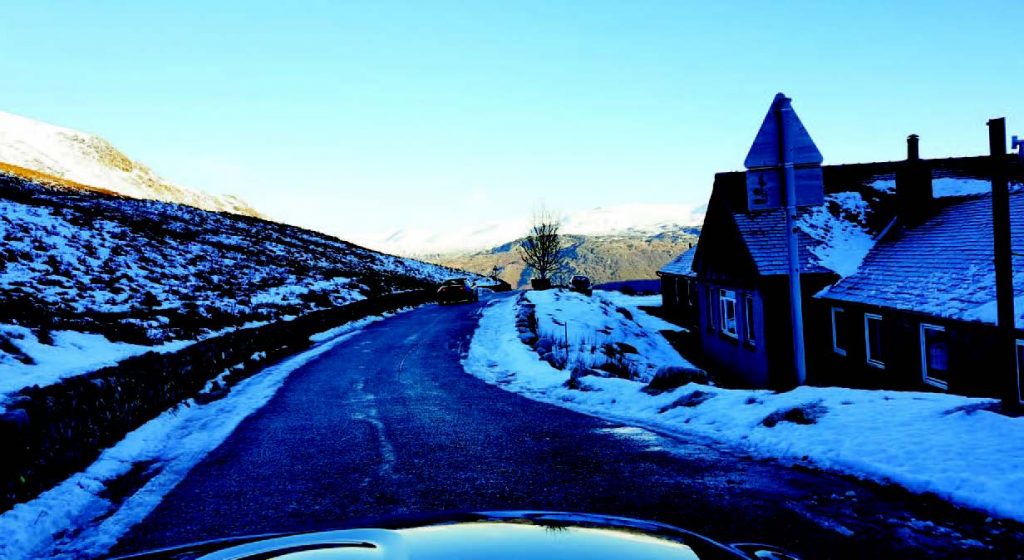 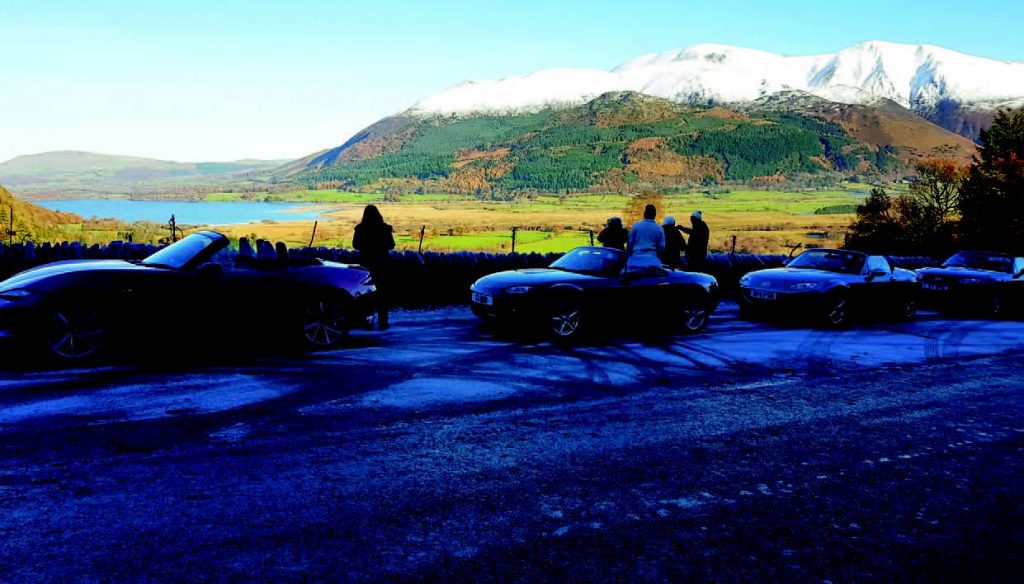