Opinion: When does the MX-5 become sacred? 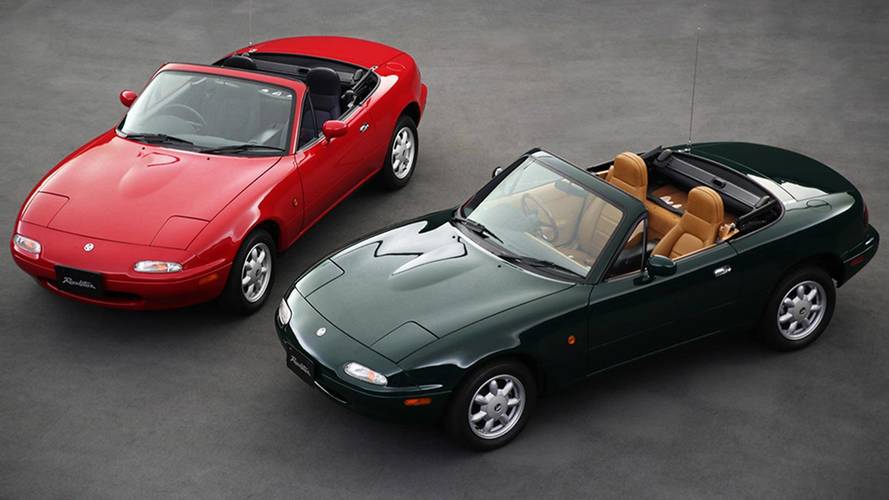 It’ll surely come as a shock to anyone who was over the age of, say, 10 years old in the 1990s, but the NA generation of Mazda MX-5 is rapidly approaching classic car status.

The moment of severe discomfort happens to every car enthusiast as they age. You’re walking through a classic car show looking at lines of old clunkers and you see something that you categorically would not class as an old car. You remember when it was launched, for heaven’s sake! ‘No, no. There must be a mistake. Who let that modern vehicle in!’ you cry.

It happened to the owners of the first sports cars of the 20s and 30s, and plenty out there will remember when the MGB was a brand new car as well. To those of you young enough to find yourselves unable to relate to this experience, I point a wry finger in your direction. ‘It’ll happen to you…’

Of course, the earliest MX-5s are nearly 30 years old now, and the basic concept of the car is well over 35. Mazda Japan is launching an official restoration service, and the SCCA in America recently declared the NA MX-5 eligible for historic racing. The times, they are a’ changing.

However, it raises the question – at what point does the MX-5 become sacred?

We love a good resto-mod, and we especially love the work of specialist tuners who go against the grain. Tuners like Rauh Welt and their widebody Porsches, Icon and their reengineered Land Cruisers, and that special breed of guys who turn Ferrari F40s and Mercedes 300SL Gullwings into salt flat racers are especially adept at raising the blood pressure of the purists, and long may they continue. We might not always appreciate their creations, but we sure love that they’re doing it.

These extreme cases aside, it’s generally frowned upon to heavily modify a classic car. Of course, any period accessories and reversible modifications are more than welcome – loud pipes on a 911, a Momo Prototipo steering wheel on a BMW 2002, and a set of Minilites on a Mk1 Escort being a small handful of obvious examples. But generally, the opinion seems to be that if a classic has somehow survived five or six decades on this tough earth, it shouldn’t be messed with. It should be enjoyed, of course, but the survivors should be preserved so that our kids can get a feel for the types of cars that got us excited. Classics are in finite supply, some more so than others, and it’s something we need to take into consideration.

If we look to the past decades, we see examples of cars that are worth a fortune today being modified when they were just cheap used cars. Has that complex V12 in your Jaguar got issues? Don’t bother rebuilding it, throw a Chevy V8 in there! Need something cheap to go rallycross racing? Get an old Lancia Stratos! Want to build a Ferrari Testa Rossa replica? Cut up an old 330 GT! Want to go banger racing? Old Mini Coopers are cheap! Wish your ’73 Porsche 911 looked more modern? Just convert it to slant nose and chuck a whale tail on the back!

Of course, even at the bottom of their price curve, old Ferraris and Lancia Stratos’ were never truly cheap like the NA MX-5 currently is, but MG Midgets and Triumph TRs once were. And these days, you’d seriously think twice before taking to any pre-1975 sports car with a gas axe unless preservation was the goal. 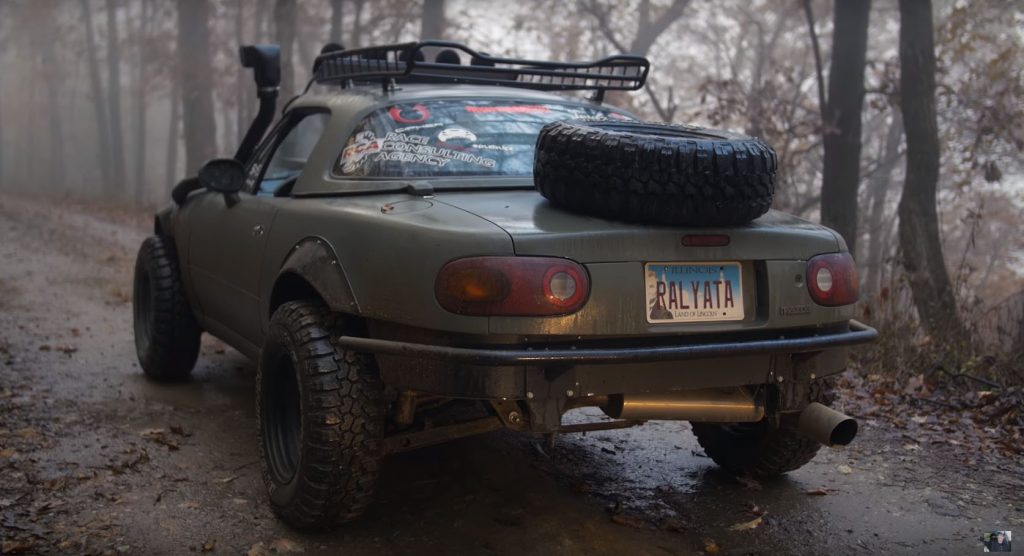 We live in an age of plentiful supply of nice MX-5s at affordable prices, and accordingly, people are making the best possible use of this chuckable chassis. MX-5 one-make race series are booming, the MX-5 is an ever-popular drift platform, and there’s an American craze for building safari-spec MX-5s which looks like a whole lot of fun. The stance boys are slamming them on the ground, BBR are turbocharging them, Rocketeer are fitting the glorious-sounding Jaguar V6s and Flyin’ Miata have perfected the V8 swap. No matter your poison, there’s a modified MX-5 to suit.

Of course, this can’t go on forever. Mk1 Escorts and Mini Coopers were once as plentiful as the NA MX-5 is, and now they are treasured classics and are worth a pretty penny because there’s just not that many of them left. The MX-5 is more plentiful and far better built which means they will be around in decent numbers for longer, but still, there will come a time that an NA MX-5 becomes sacred.

That time is not here now, but it will be soon. How long it will take is anybody’s guess.

What do you think?