What to drive if you have all the cars? An MX-5 obviously! 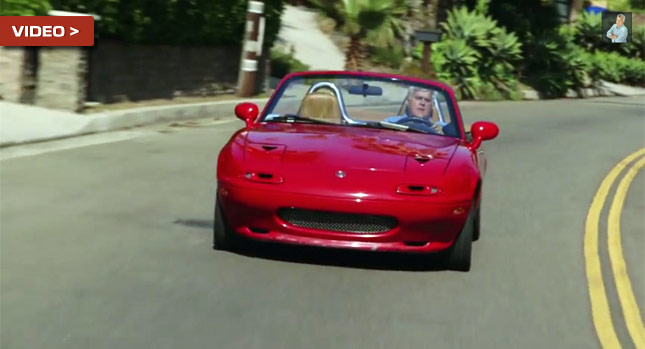 Jay Leno – the world-renowned talk show host, good guy, and denim enthusiast makes no bones about his love of cars. In fact, cars take up most of his time, and thanks to the online series ‘Jay Leno’s Garage’ he must be making a pretty penny from his retirement – not like he needs it though!

Jay does seem to have it all, a great life with the quirkiest cars on the planet. He has access to nearly any car he wishes, and many people are literally giving him cars! If you have a look at his Instagram account (and we recommend you do) he and his team are rebuilding a McLaren F1 engine, no mean feat but it does show you the kind of clout this man and his team have.

Which is why it is all the more interesting that one of his favourite cars to drive is the humble NA MX-5. In a 2013 video, Leno interviewed Bob Hall and Tom Matano to celebrate 25 years of the MX-5, in which he delivers a segment about how great the car is from his own MX-5. But it is no ordinary MX-5.

The internet at the time was awash with articles on the car, due to the fact that one shot shows it has a Jackson Racing supercharger bolted to the engine. When you couple that with the Naca ducts on the headlights and twin pipe exhaust system at a purely cosmetic level, you can see this is no ordinary 5.

The backstory on this car is that Leno inherited it from his late brother. When he went ‘back home’ he would always delight in driving his brother’s Miata, which had been fastidiously sorted and modified in a purposeful, yet tasteful way. Upon his brother’s passing Jay took ownership of the car and left it completely as is to honour his brother.

While he waxes lyrical about how great the 5 is in the 25 years video he talks about how it has the upper hand on other supercars – you can leave it anywhere. When you take a Ford GT or a McLaren F1 out (what I would give to be able to say that with a straight face) you do a loop, you drive and then you return to where you started without really stopping. In a Miata you can leave it on the street and go about your business without worrying any harm will come to it.

Leno says it’s like ‘dating a hot girl and taking her to a nightclub if you go to the toilet you’d constantly be checking no one else is creeping on her or trying to hit on her.’ (Again, something I wish I could say with a straight face). Without trashing the MX-5 he means that life with the Miata is easy, a no stresses experience; and if life gets the upper hand once in a while, at least the repair bills aren’t silly.

And that’s why the Miata, the MX-5, or just the 5, is both Jay and the world’s favourite sports car. It’s not just an experience – it’s peace of mind when you drive one, it’s mental clarity and an attitude – more than a car. You can enjoy it and not stress about it. Obviously, you want to preserve your baby, but just knowing that you needn’t wrap it in cotton wool makes the whole experience better, and then you can fully exploit the most popular sports car in the world. 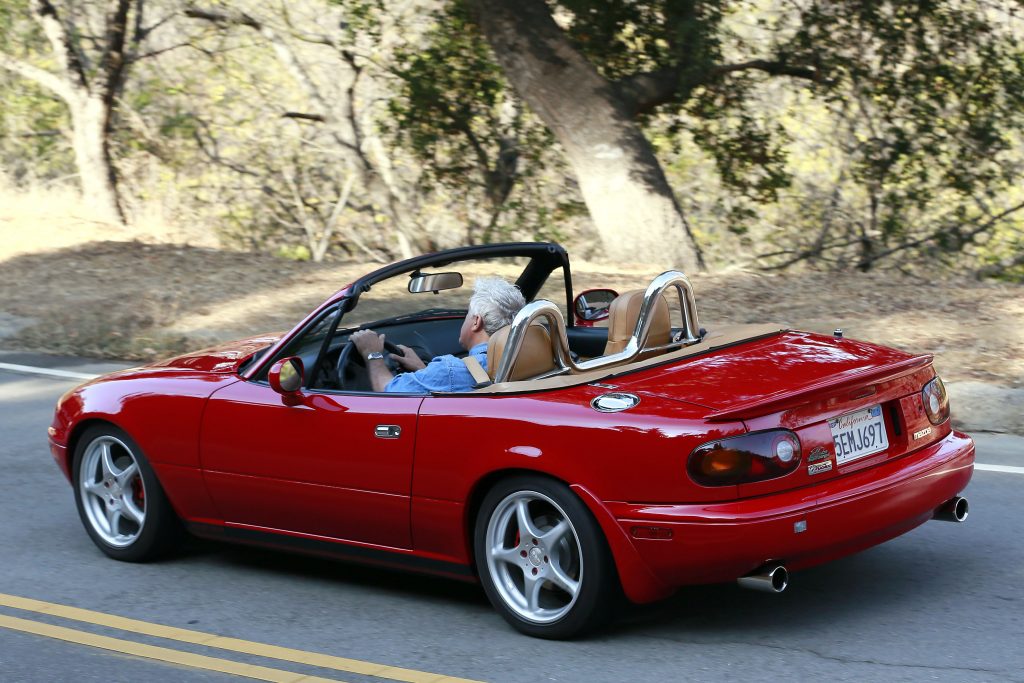