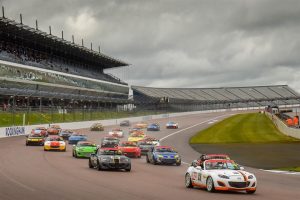 Complimentary Race Tickets can now be bid for the 2019 Race Calendar. Please send your Name, address, club membership number and contact telephone number to Motorsport assistant Jerry Furner. Tickets need to be applied for no earlier than six weeks and no later than two weeks before the race meeting.  Depending on the organising club, tickets will either be sent via e-mail or Royal Mail. Successful applicants are requested to confirm receipt of tickets and also to advise Jerry if bid for tickets are no longer required. This year the club is limited to 5 pairs of tickets per event, however some circuits are not giving the organising clubs sufficient tickets for them to help the club. There is a strong possibility that discount deals will also be available for certain circuits should complimentary tickets not be available. MAX 5 Tickets through BARC are only available at their own circuits of Thruxton, Pembury and Croft.