Why the 30th Anniversary Edition MX-5 is the car that Mazda, and the industry, needed!

Has it really been 30 years of driving fun already? If you were to bet on if the automotive industry would still support a sub 1200kg, manual, lightweight roadster in the über conscious 2019, we might not be sat here talking about the MX-5 30th Anniversary Edition.

It’s easy to bemoan anything in the car industry these days, so let’s just celebrate the fact that we’ve got a hot little orange roadster reminding us that fun is still a priority.

As a thank you to its customers, and a recognition of all things heritage and driving fun, the ND MX-5 30th Anniversary Edition was launched last week to great aplomb. The teaser images left little to the imagination, and through various renders (we are guilty of some!) we had a pretty good idea of what the car would look like. However, when the big reveal came, it was great to see the 30AE, and appreciate what it means for the MX-5 community.

While in keeping with Mazda’s incremental approach to special editions, we think there is plenty to celebrate about the 30AE, not least because THEY FINALLY PAINTED IT IN AN ACTUAL COLOUR! 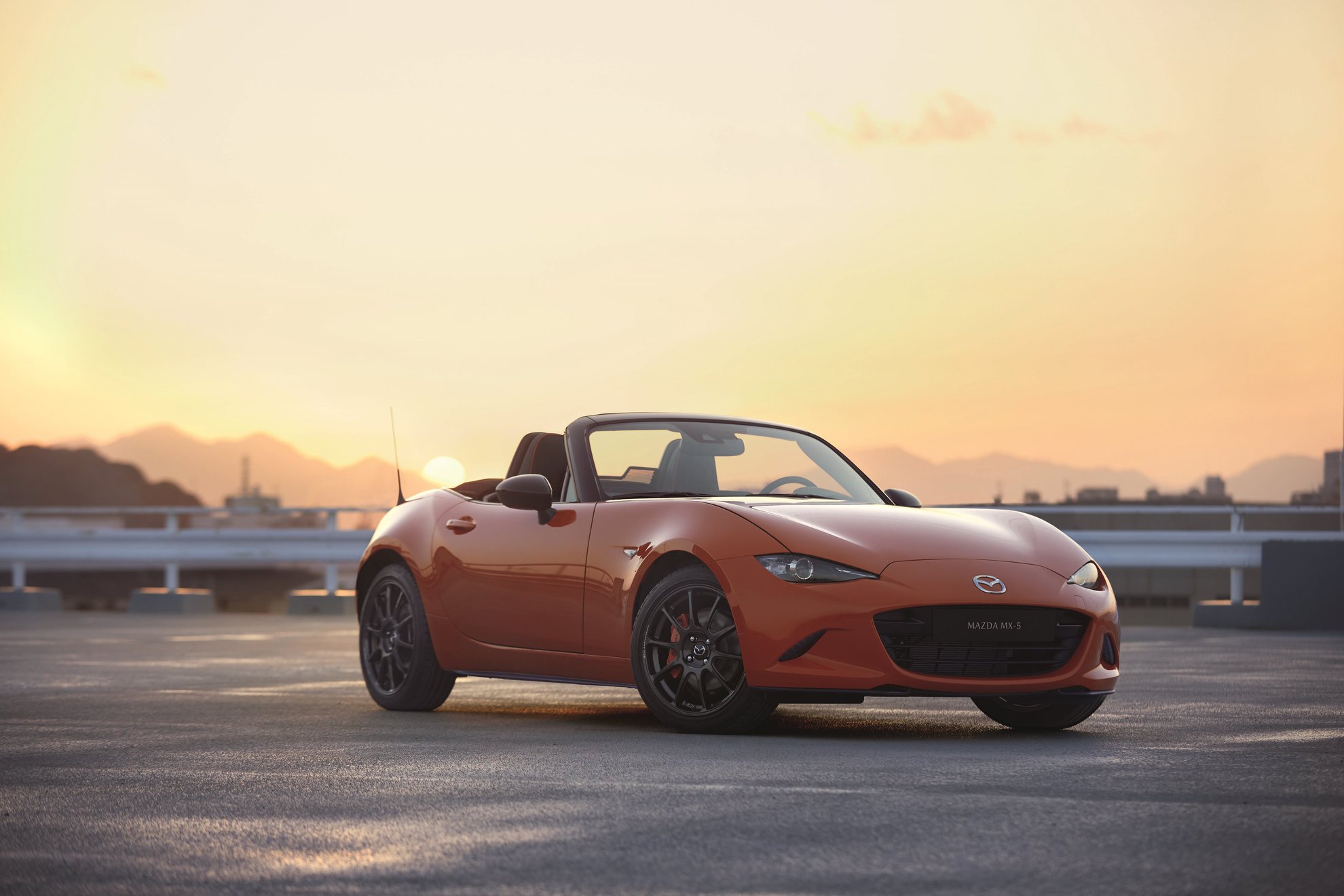 Yes, that’s right, let’s start with the big one. The MX-5 has always been a fun and bright little sports car, however with muted tones being very á la mode and colder tones ruling the options lists, Racing Orange never looked so good. And so aggressive?!

After 30 years it is only right that the car should carry an air of reverence and deep-seated reflection for its forebears. The Racing Orange skin harks back to the loopy 787B Rotary powered Le Mans racer, as well as the tribute MK1 car that came out of nowhere. The 17-inch multi-spoke wheels are also modelled on the RAYS ZE40 wheels found on the MX-5 cup car, embracing the 30 years of being fun on-track. 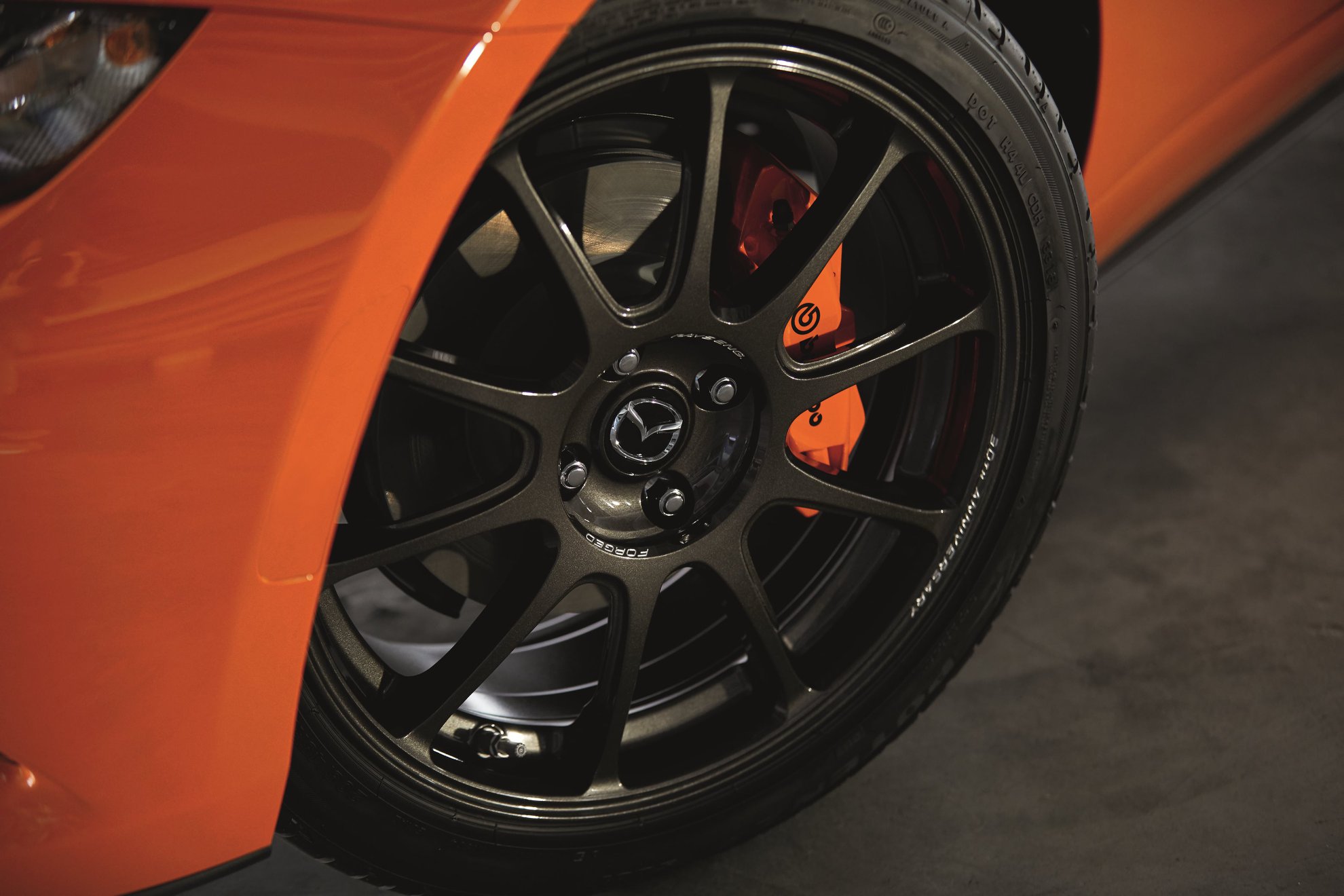 And maybe it’s the motorsport nods but, even in bright orange, the ND looks more aggressive than ever – especially the soft top. The bright colouring and dark accents are reminiscent of a rainforest frog you’re not meant to touch.

Compared to the rivals – GT86, BRZ, 124 Abarth etc. the MX-5 came across as a softer looking choice, but not now. Racing Orange shows off the gaping mouth and gives the car some serious intent, and those ubiquitous Recaros retrimmed with orange piping tie it all together nicely, too. 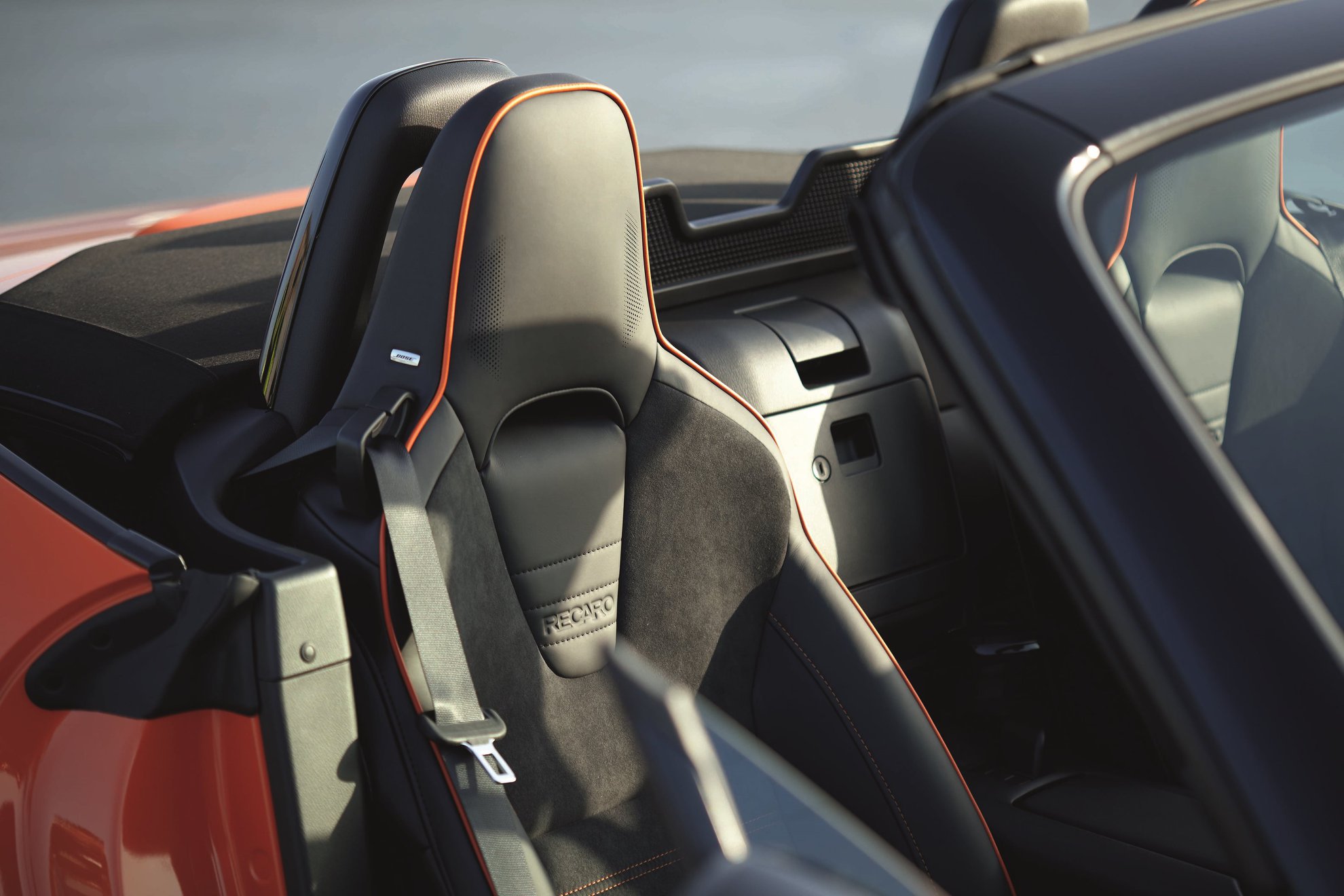 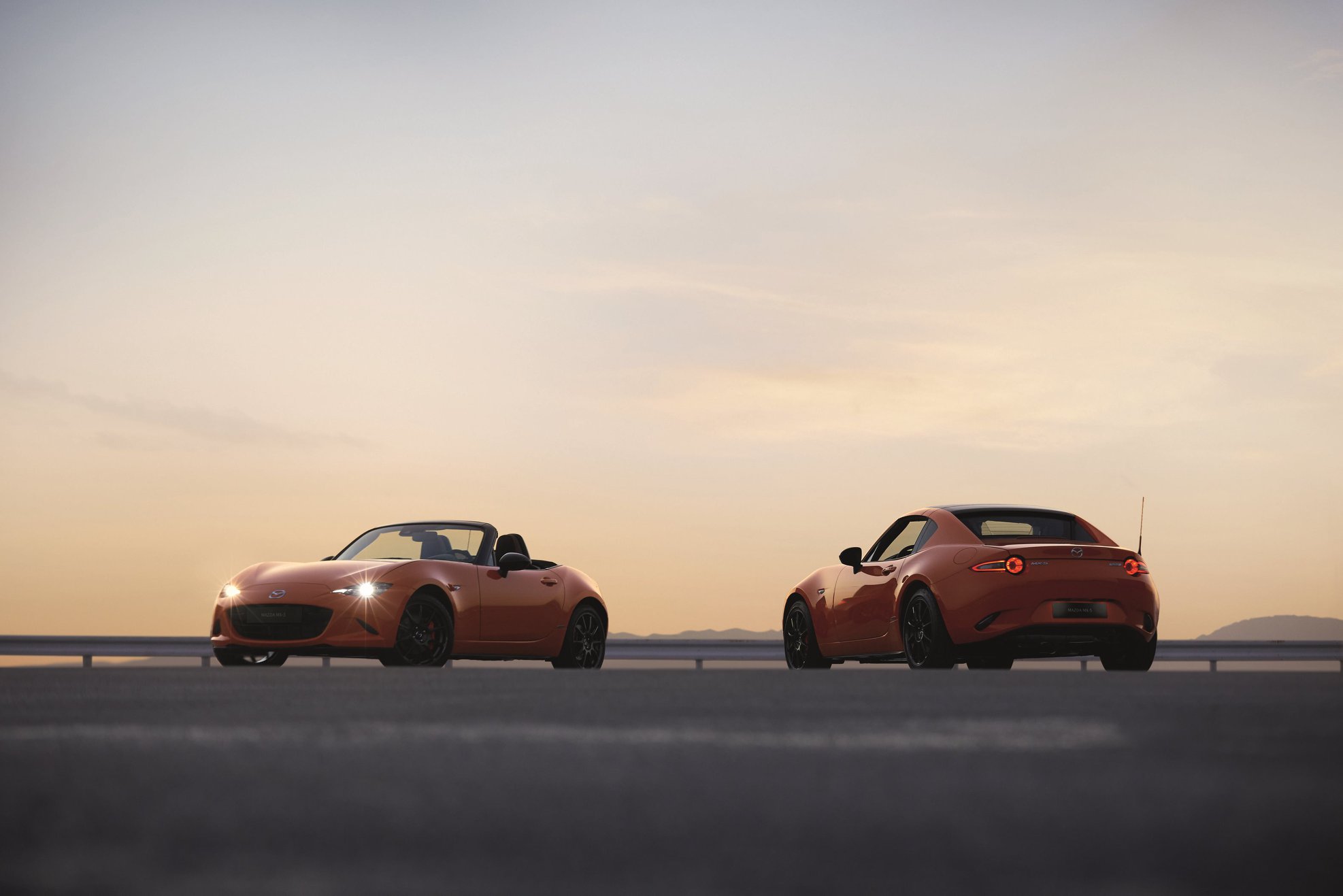 Of course, the 30AE trim is available across both Roadster and RF bodies and sees Mazda attempting to darken the roof on the RF – a bold move and one nary done successfully. Due to incorporating the RFs gorgeous lines into the bodywork, Mazda never left the door open for an easy way to darken the roof – and reduce the impression of height on that car. While the orange buttresses and windscreen surround certainly draw the eye upwards, Mazda has blacked out the middle roof section – going some way to disguise the height.

What would be great to see from the next refresh of RF is a way of tastefully and appropriately darkening the roof, á la roadster. A dark windscreen surround that would work well with those buttresses would give the RF some welcome clout among the MX-5 die-hards.

Finally, one more reason to get excited about the MX-5 30th Anniversary edition is that it is actually numbered!

Fans of the big boy supercar manufacturers will know that ‘limited production specials’ nowadays get a plaque saying ‘one of 500’ but the trend of saying just which one you have has disappeared! This is largely due to the controversy that some manufacturers are making more limited run cars than they said they would, to drum up interest. We’re looking at you, Ferrari.

The 30AE MX-5 will carry a unique number, denoting where it came in the production cycle. When you couple this with the nods to racing and the 30 years of MX-5 fun we’ve all had, we can’t help but feel Mazda nailed it, and that the car industry could do with taking note here. 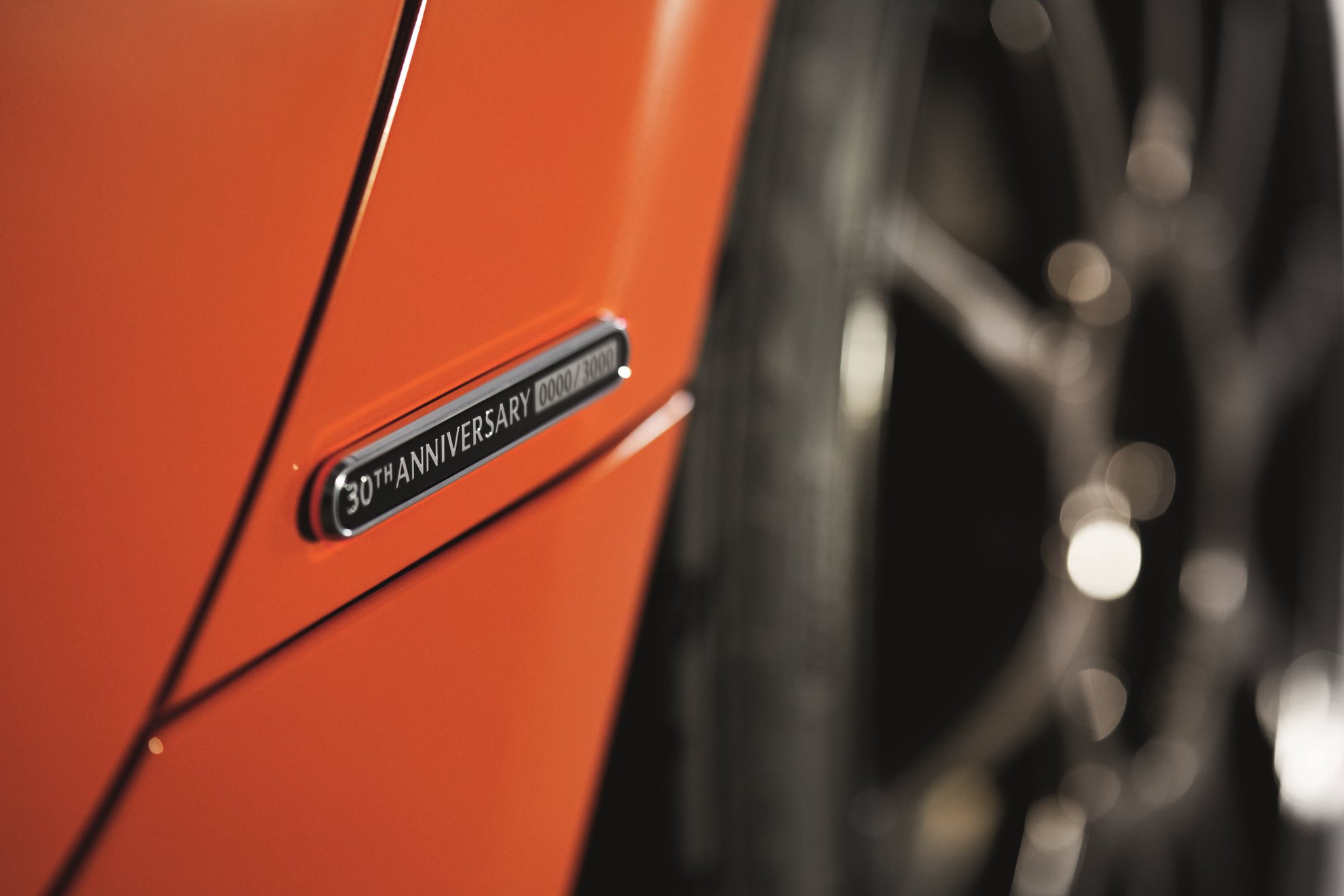 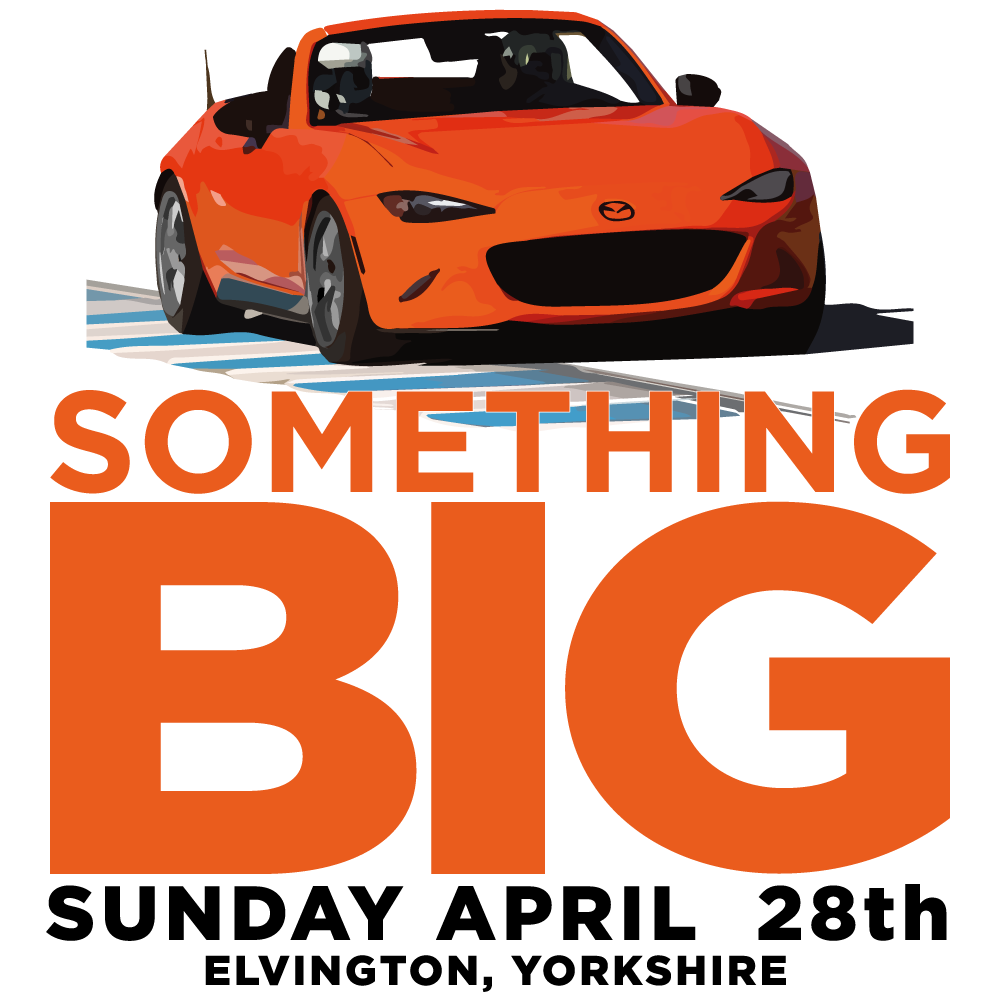 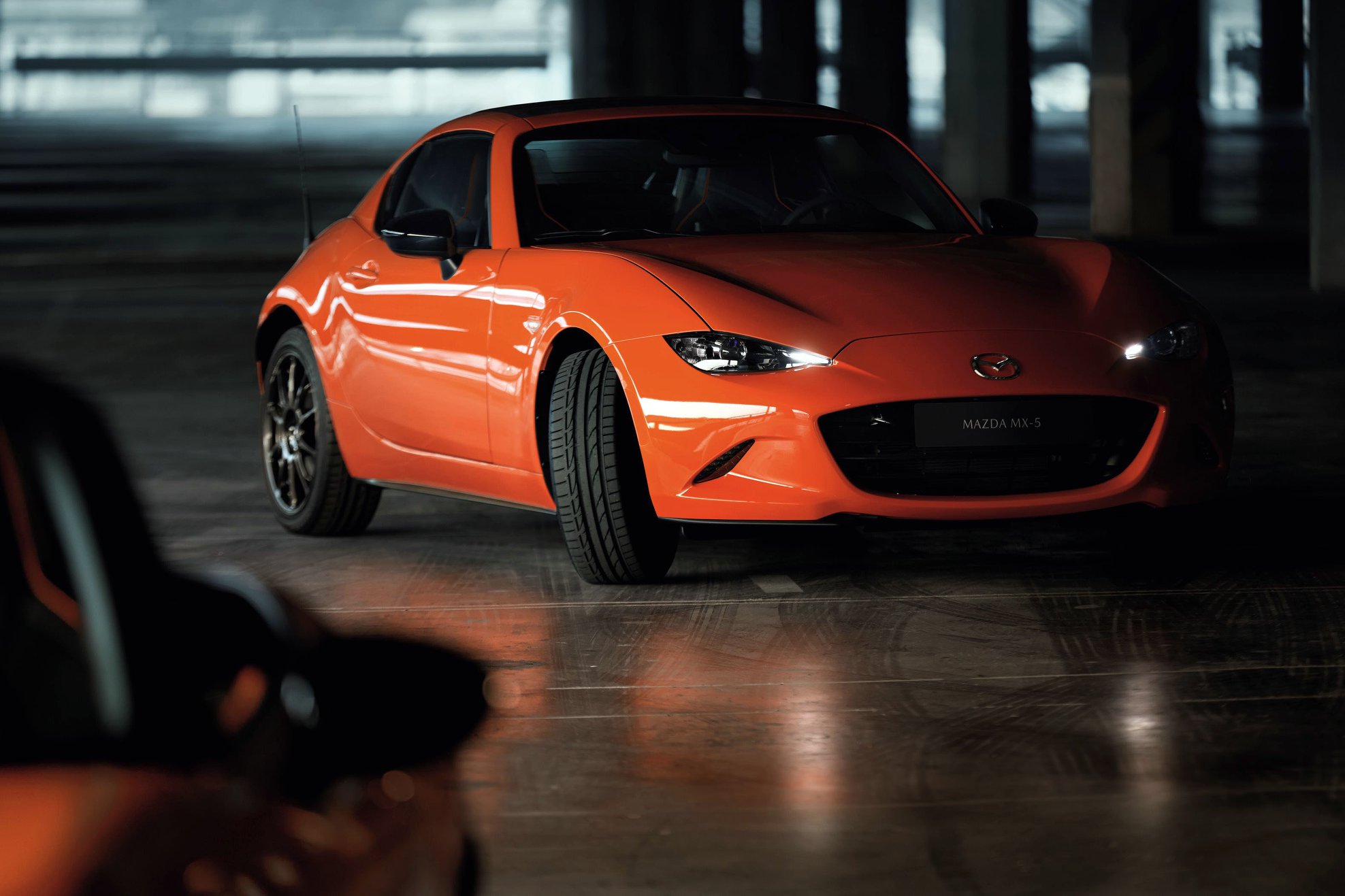 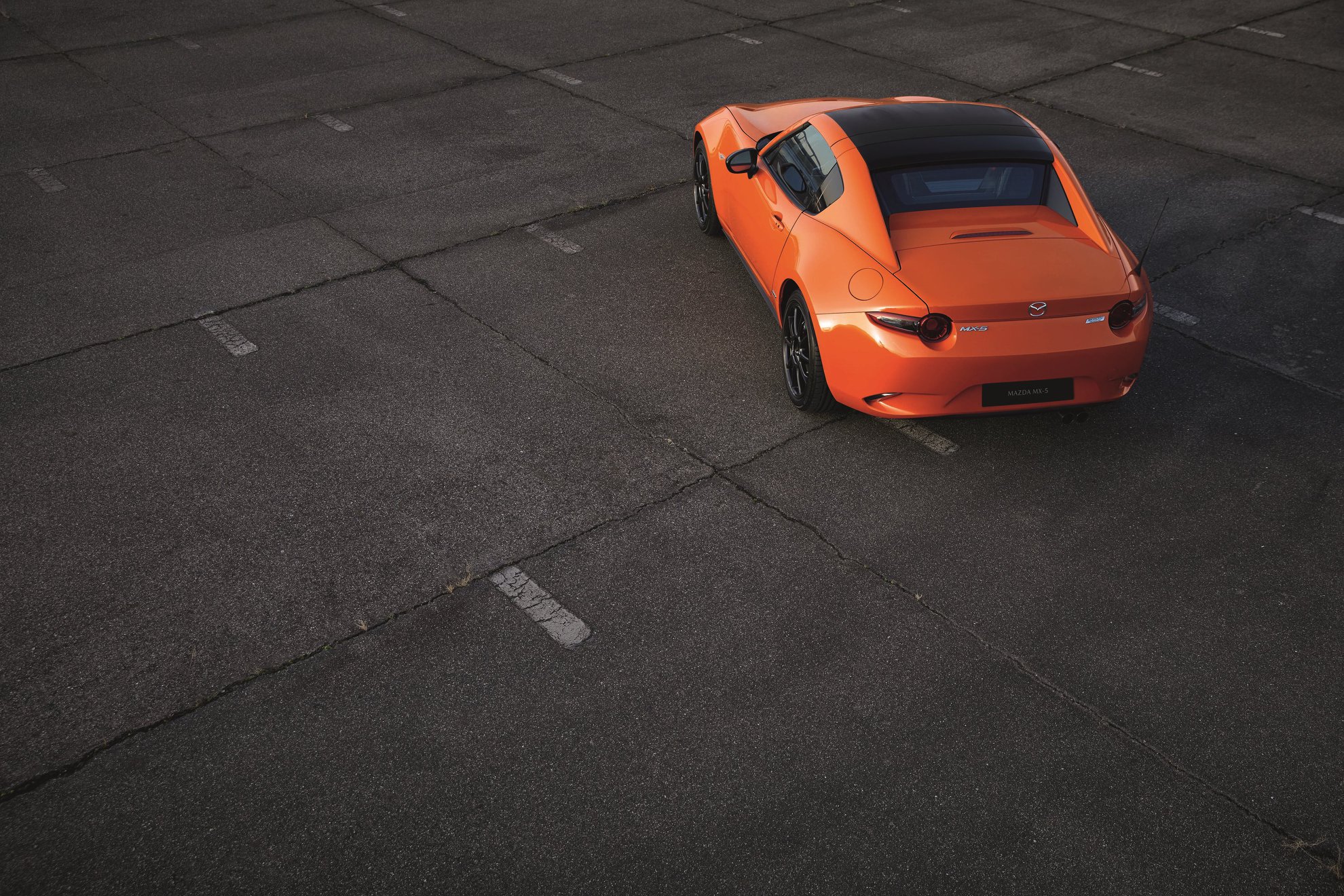 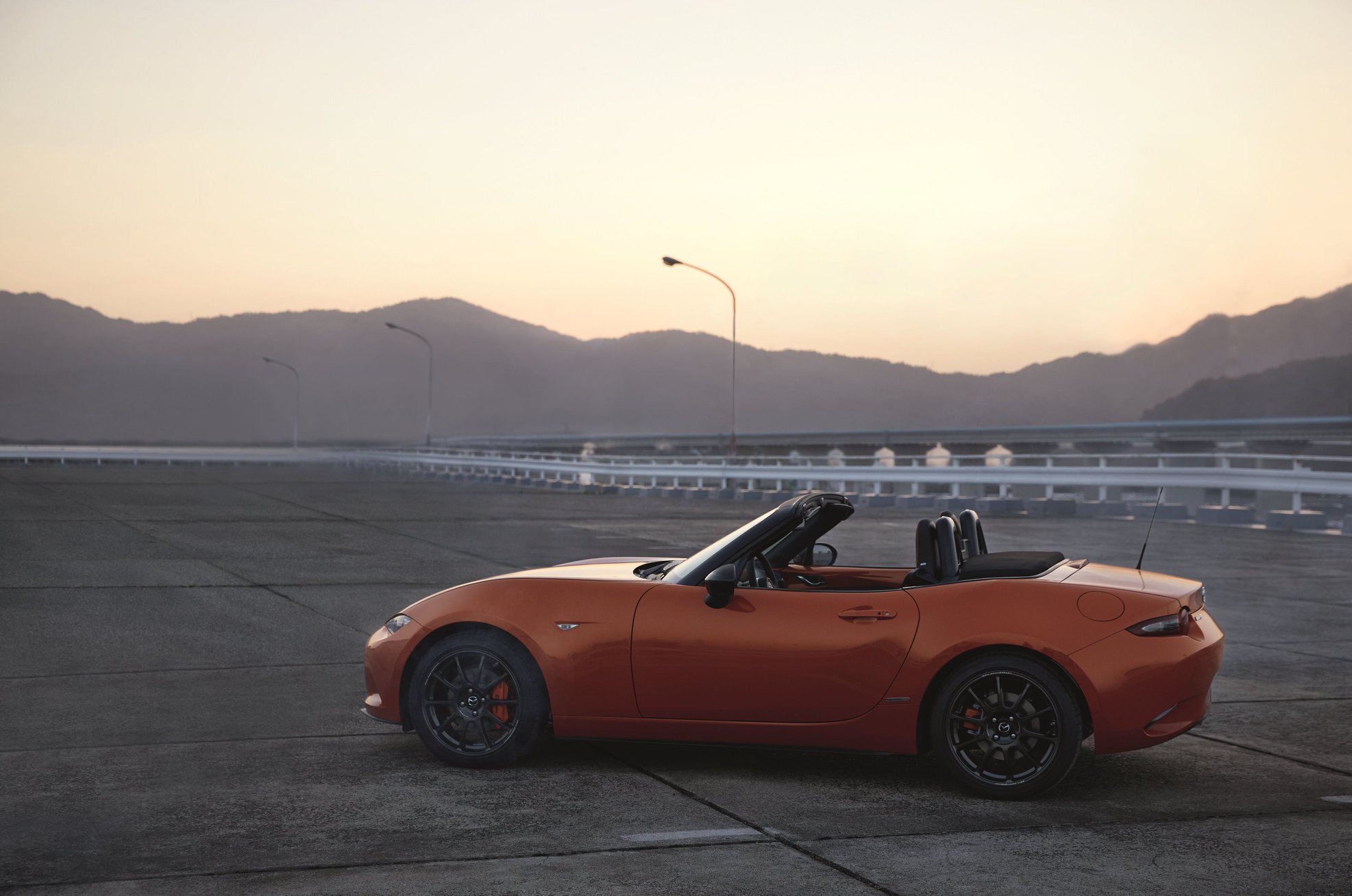 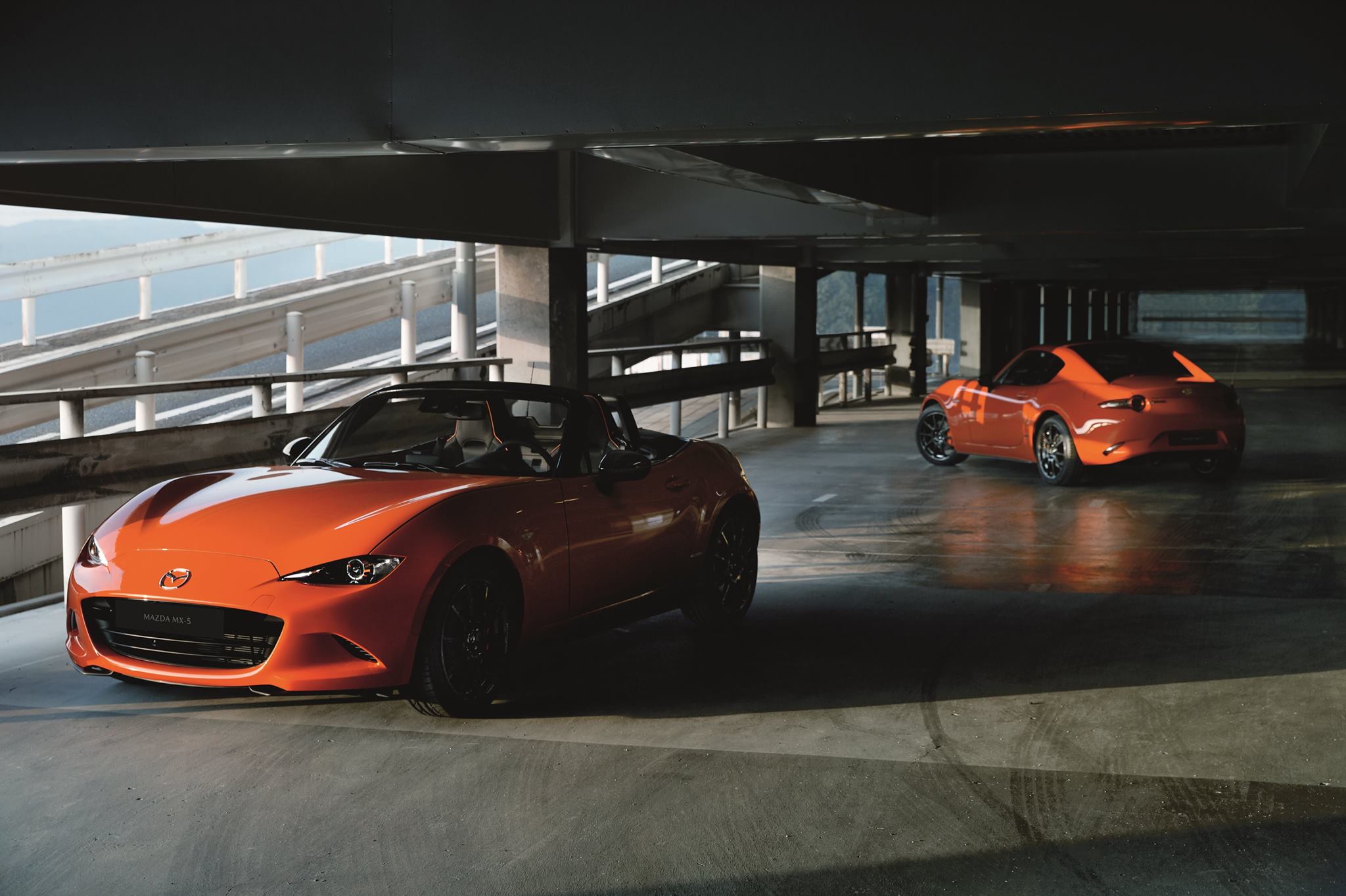