Facts about Elvington before you come to the Spring Rally

By now you should be up to speed on our Spring Rally on Sunday 28th April. But if you’re not, then here are the big points – we are shooting for the world record of most Mazdas in parade, and need your help!

We’ve got the venue sorted, Elvington Airfield and circuit, so we’ve got plenty of space to smash that record but we just need you to join in! Entry is free for members, and if you’re not a member yet, then your MX-5 is your ticket.

All MX-5s and Mazda cars will be able to be a part of the world record! And if you’re not arriving in a Mazda, then you’re still very welcome to join the event, but won’t be parked with the record holders.

Since most of you will be turning up in your MX-5s (why wouldn’t you if you’ve got one?!) then our first Northern Rally in a long time makes the perfect excuse for a weekend away in God’s own county! 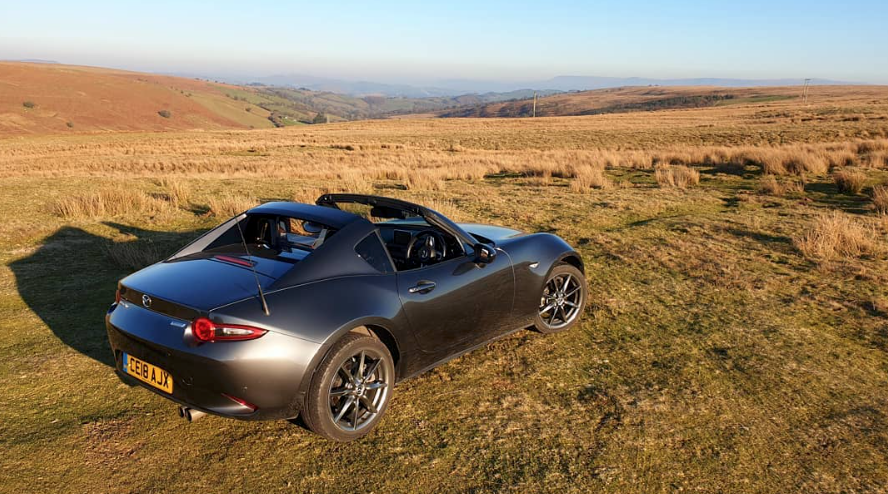 Here are a few things about Elvington that you might not know:

Elvington Airfield was used as a bomber station during the Second World War and was then expanded, during the Cold War, making it one of Europe’s longest runways. Perfect for housing thousands of Mazdas!

Perhaps more recently than the Cold War, Elvington was also the scene of Richard Hammond’s awful 288mph crash in the Vampire Dragster. Remember that horrible crash? Our parade will be taking place on the same tarmac, at much lower speeds, of course!

Elvington features a home that is made from a bowling alley, originally built in the 1950’s for American troops to use, the disused bowling alley was then converted into a residence. We’d like to see how that works…

Elvington plays host to a fantastic Aircraft museum, while York has the largest train museum in the world, which also has the only bullet train outside of Asia!

Elvington is also going to be the scene of the world record ‘Most Mazdas in parade’ – but only if YOU join us!

York and Elvington have a number of great hotels and BnBs, perfect for weary travellers in MX-5s, Mazdas and other makes of car…

York used to be a prime location for the Romans to race their horses and chariots. No, seriously! There are recordings of gatherings in various open spaces around the city particularly in the forest of Galtres but also on Acomb Moor. Racing grew in popularity in the eighteenth century as it became more of an organized event, leading to crowds of over 100,000. Good job we will be hosting a Track day after the World Record attempt, then!

Visit Springrally.co.uk for more information. We will see you at Elvington! 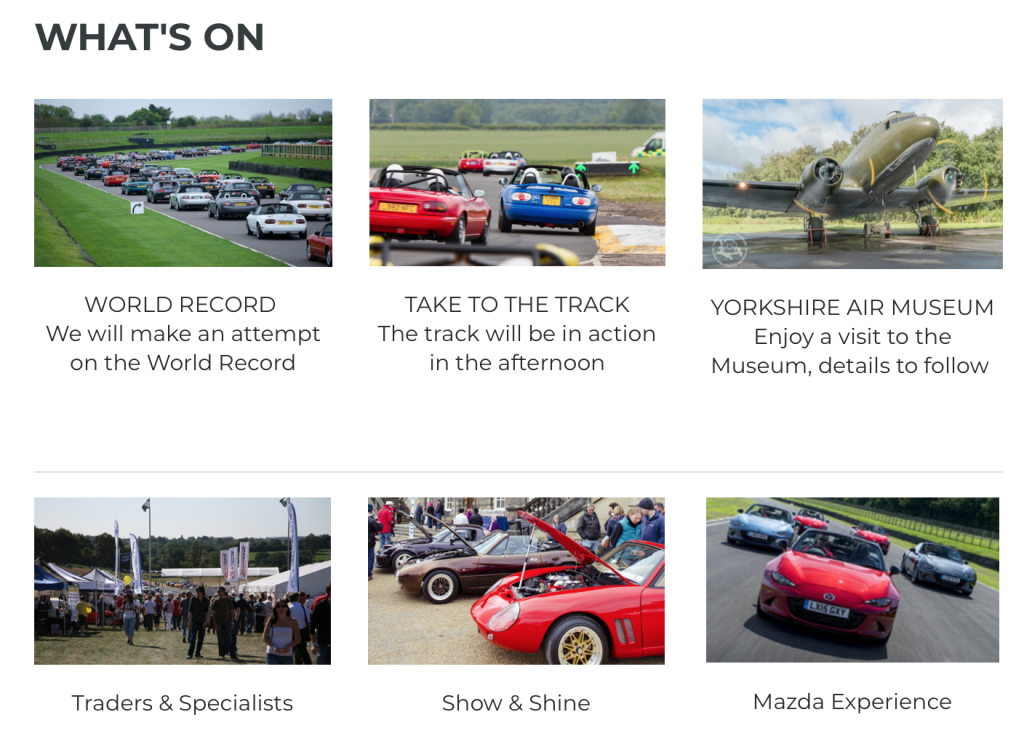