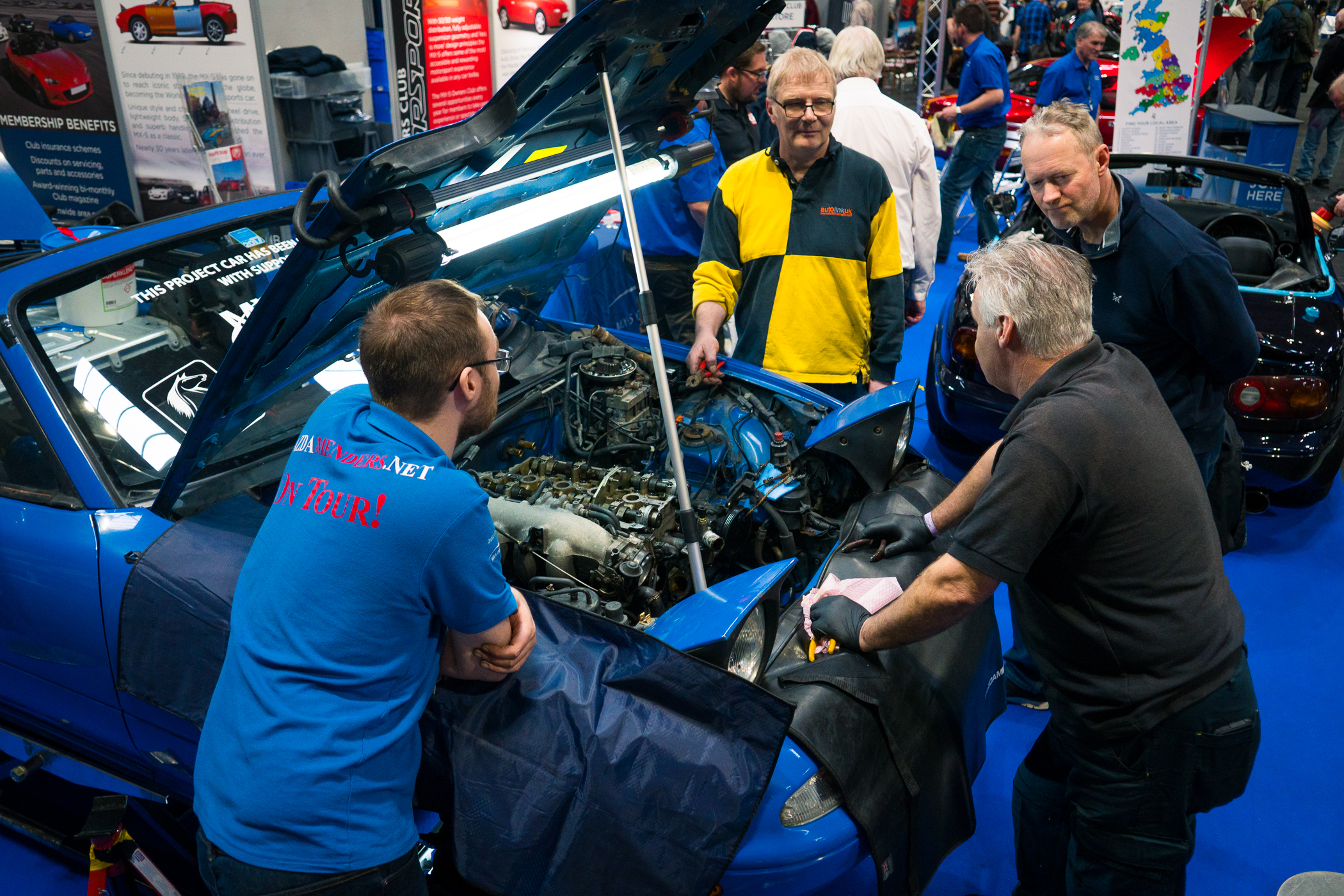 Here’s a little teaser of what you can expect coming up in the next Soft Top Hardtop. If you’re a member, then you’ll have to wait for it to come through your letterbox, and if you’re not a member you can join HERE.

In a classic case of Classic Car middle or younger child syndrome, the NEC Restoration show is often overlooked by attendees in favour of the larger brother that takes place in November.

The Practical Classics Classic and Restoration Show, however, is the show that appeals to the more ‘technically minded’ car fan. Doing away with static displays and concours cars sat still, the Restoration Show is all about doing. Walking around the halls at the NEC, the show has a more active feel than the November show, with the focus on hard work and progress, rather than showing and shining. Although, showing and shining is permissible if you’re running detailing demonstrations all weekend like we were! 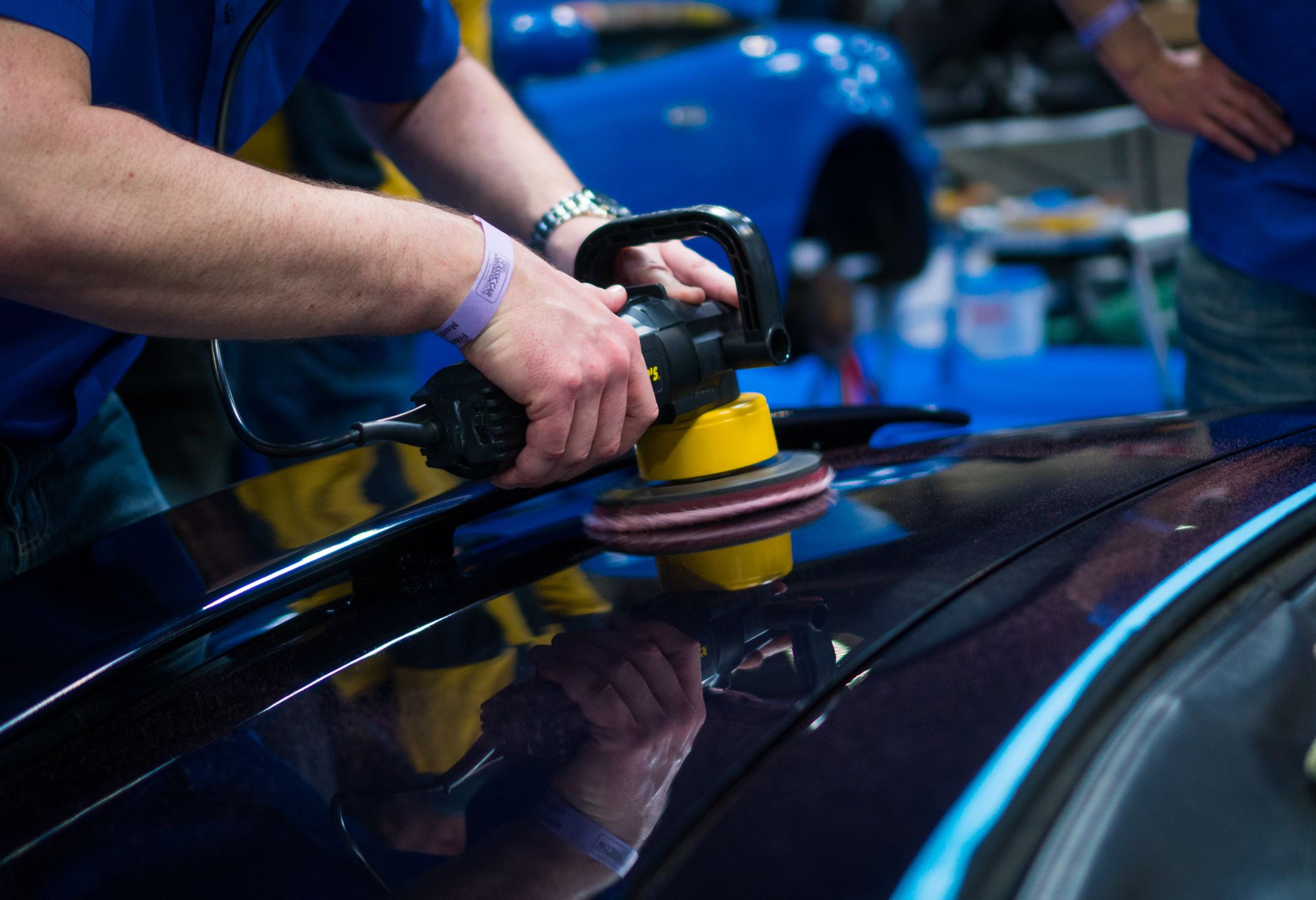 This year, our presence was all about the mk1, we had four cars on our stand, plus Roger Mead’s Mk1 Le Mans Turbo on the Practical Classics pride of ownership stand. The club was out in force and had a great weekend for it.

None of the weekend would have been possible without the tireless effort in preparation and the commitment of several generous owners, Mazda Menders, MX-5 Parts so before we dive into it, a massive thank you to all who made it possible.

Our mk1-centric stand was a hub of activity all weekend, we were lucky enough to have four unique and interesting MX-5s on the stand to show the breadth of the original MX-5.

On one side of our stand we featured a lovely early model MX-5 in blue, with ABS and Airbag, LSD and brace bars – very well specced for a car of that age. This car was undergoing a complete overhaul of the cooling system, as well as new seals, air-con delete and much more, but we’ll get to that later. 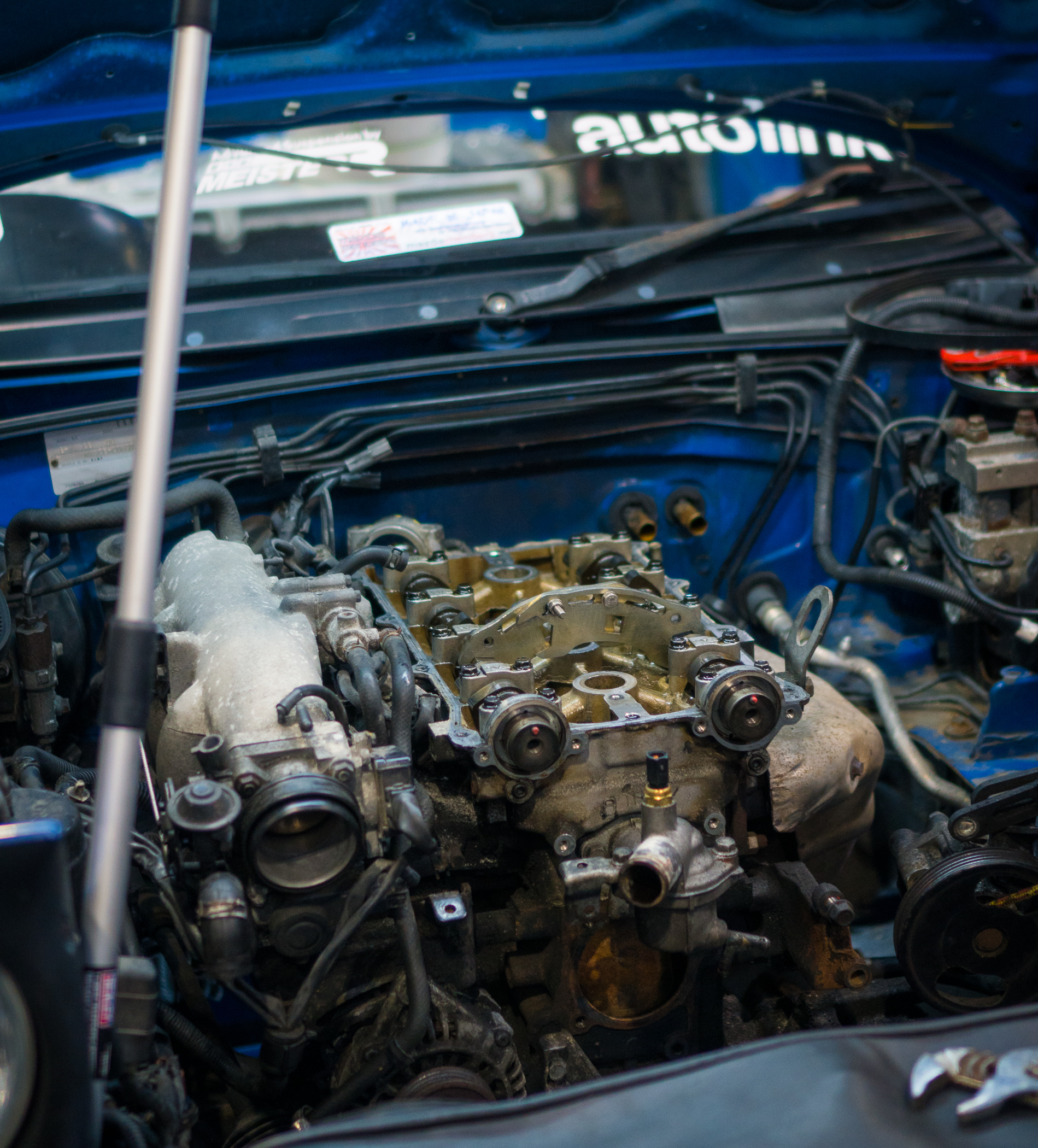 On from the Blue restoration car we featured a Purple Japanese G-Limited car, as well as a showroom-fresh Gleneagles model on the other side of the stand. Finally we also featured the well-known and internet-famous 1995 car owned by Alex Kersten of Car Throttle, named ‘Phil’.  You can familiarise yourself with his journey HERE.

Phil has accrued quite the following in Car Throttle’s ‘Project MX-5’ Series, following presenter Alex’s journey from buying the car as a red ’95 car, then making modifying tutorials and creating build videos. Over time Phil was naturally aspirated, then turbocharged, and then broke down at the Nurburgring. Following a trip to Rocketeer it was soon decided that a V6 would be the new heart of Phil, and following some new arches courtesy of Moss and a respray in Soul Red. Phil proved a very popular, and at times divisive addition to our stand, with the V6 heart proudly on display…..

That was just a little teaser of what you can expect coming up in the next Soft Top Hardtop. Again, if you’re a member, then you’ll have to wait for it to come through your letterbox, and if you’re not a member you can join HERE. 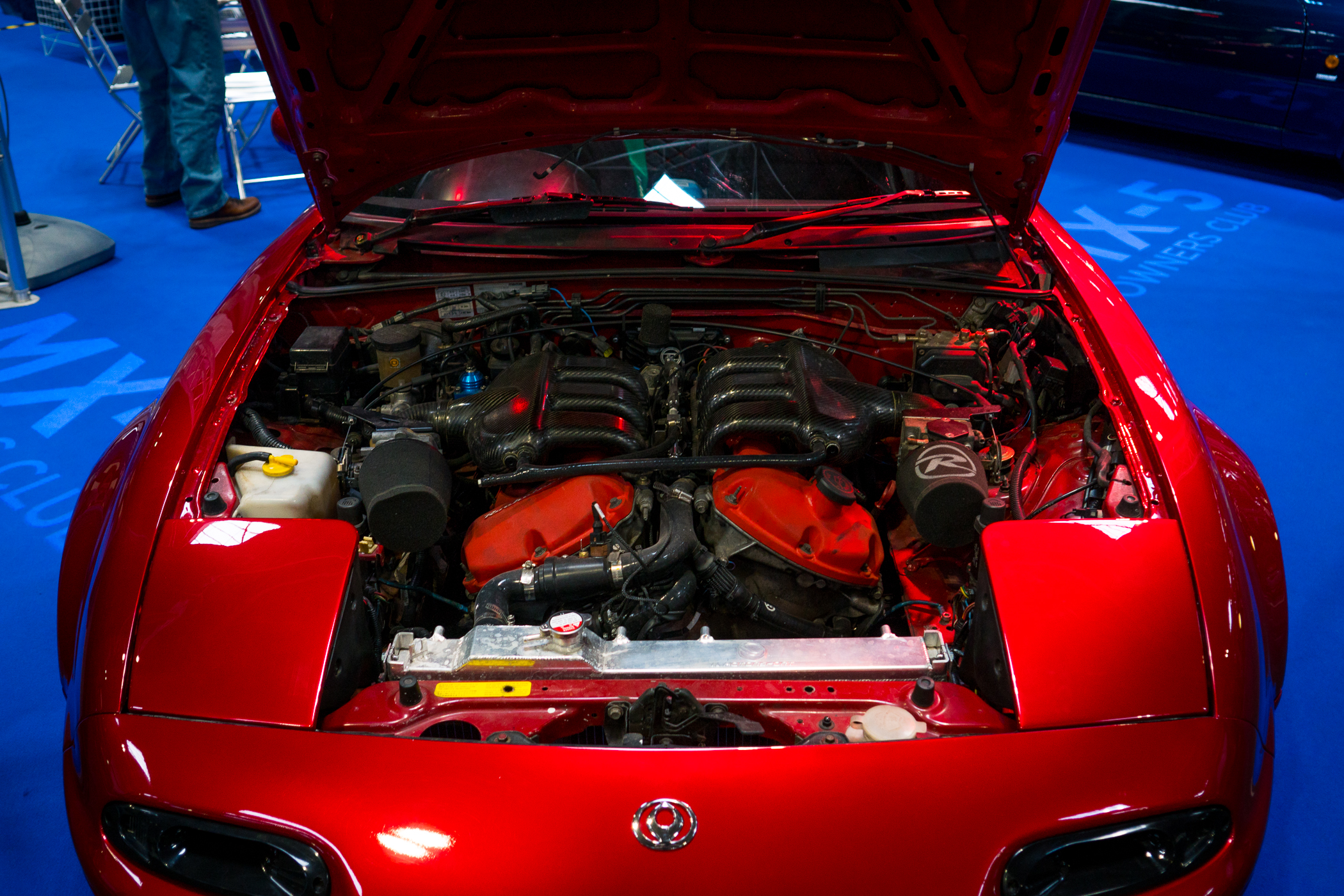 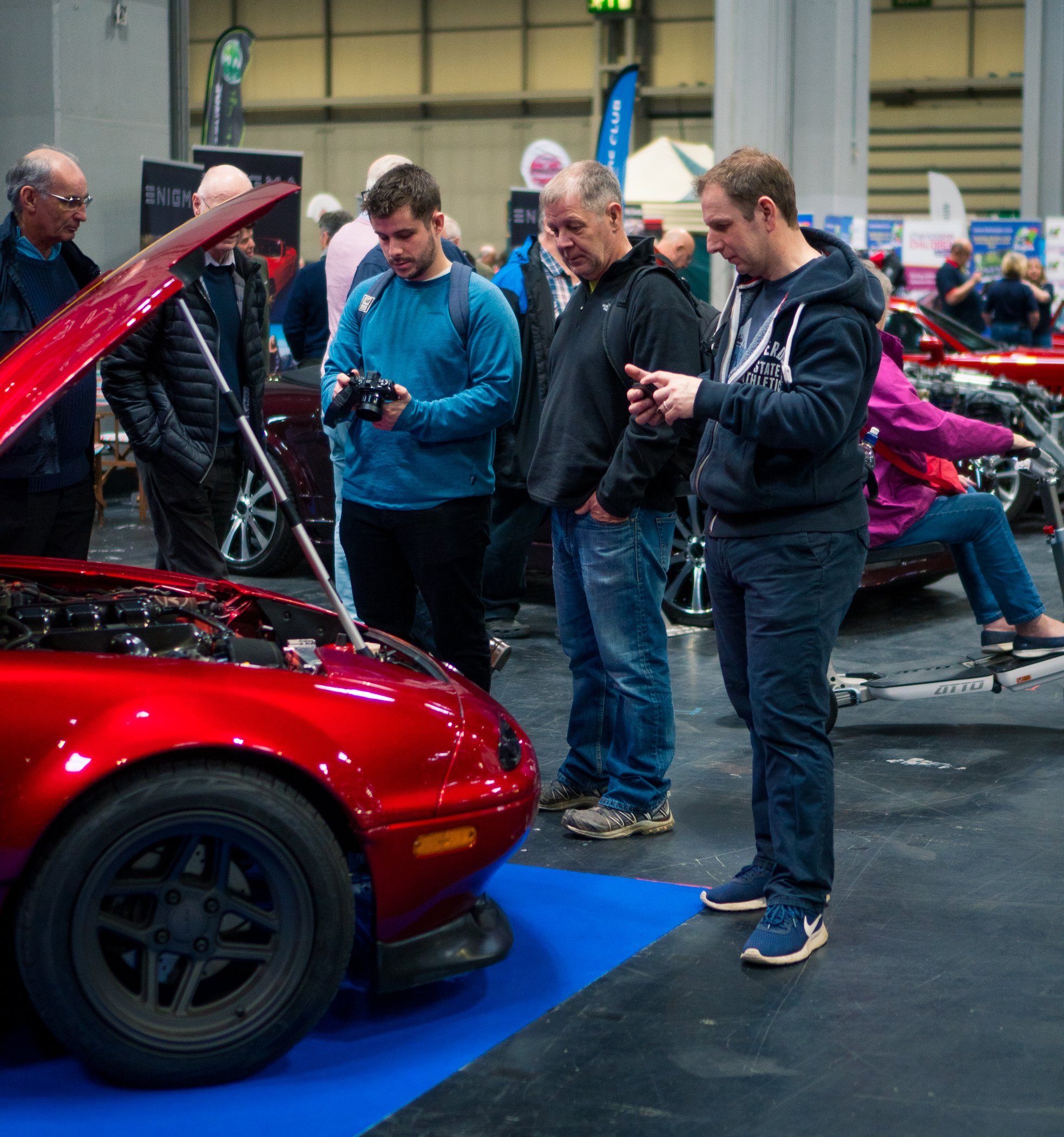 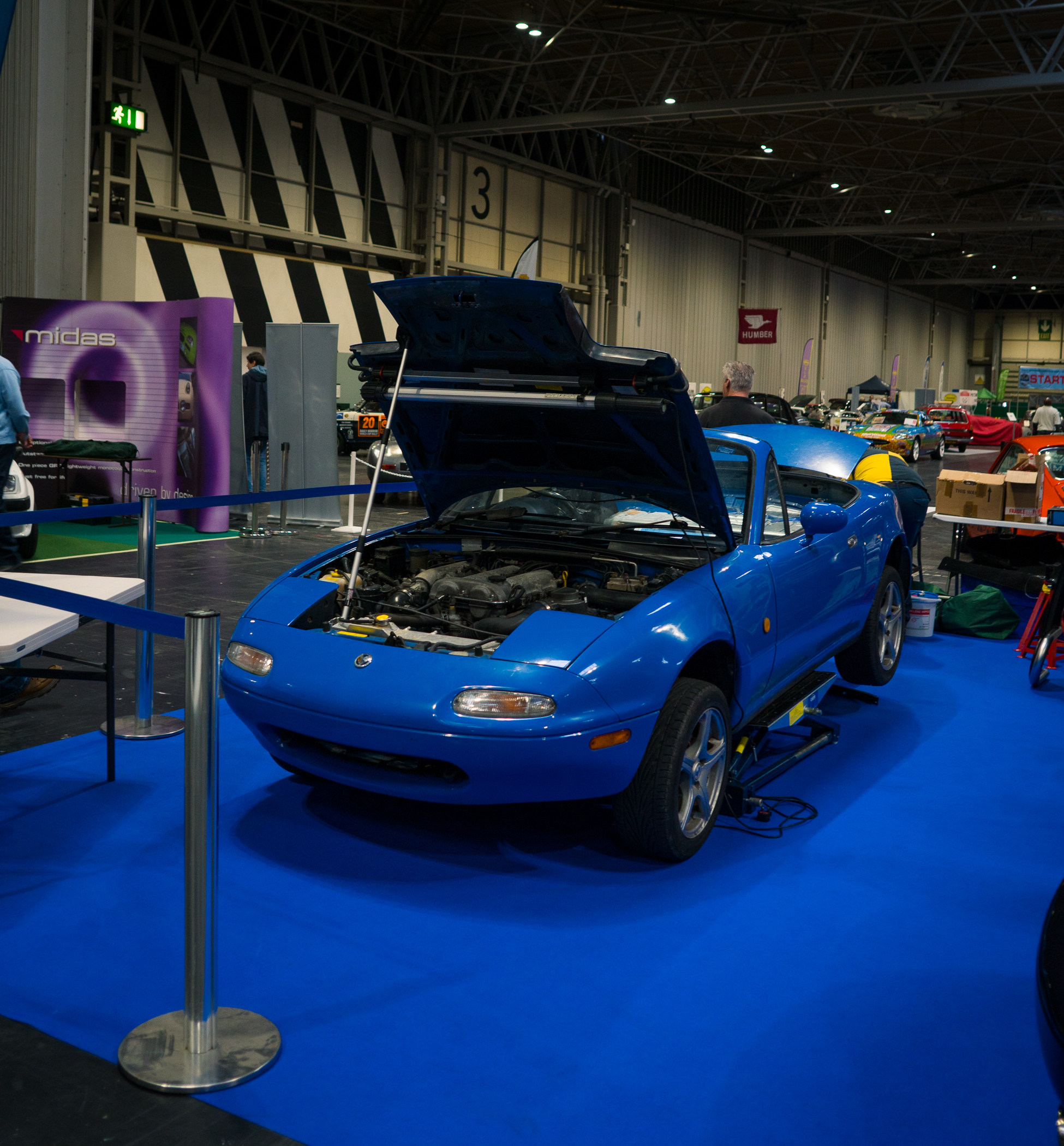 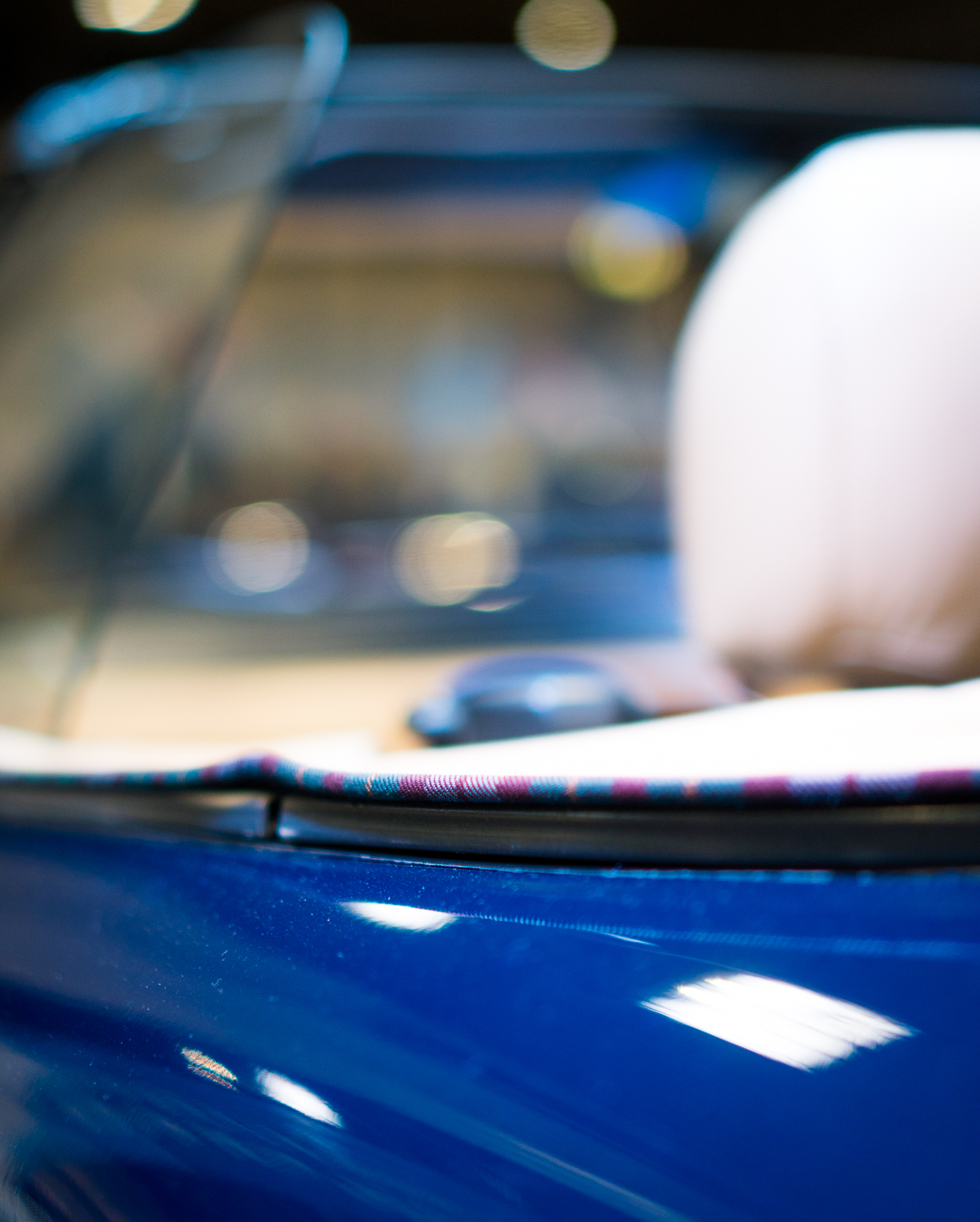 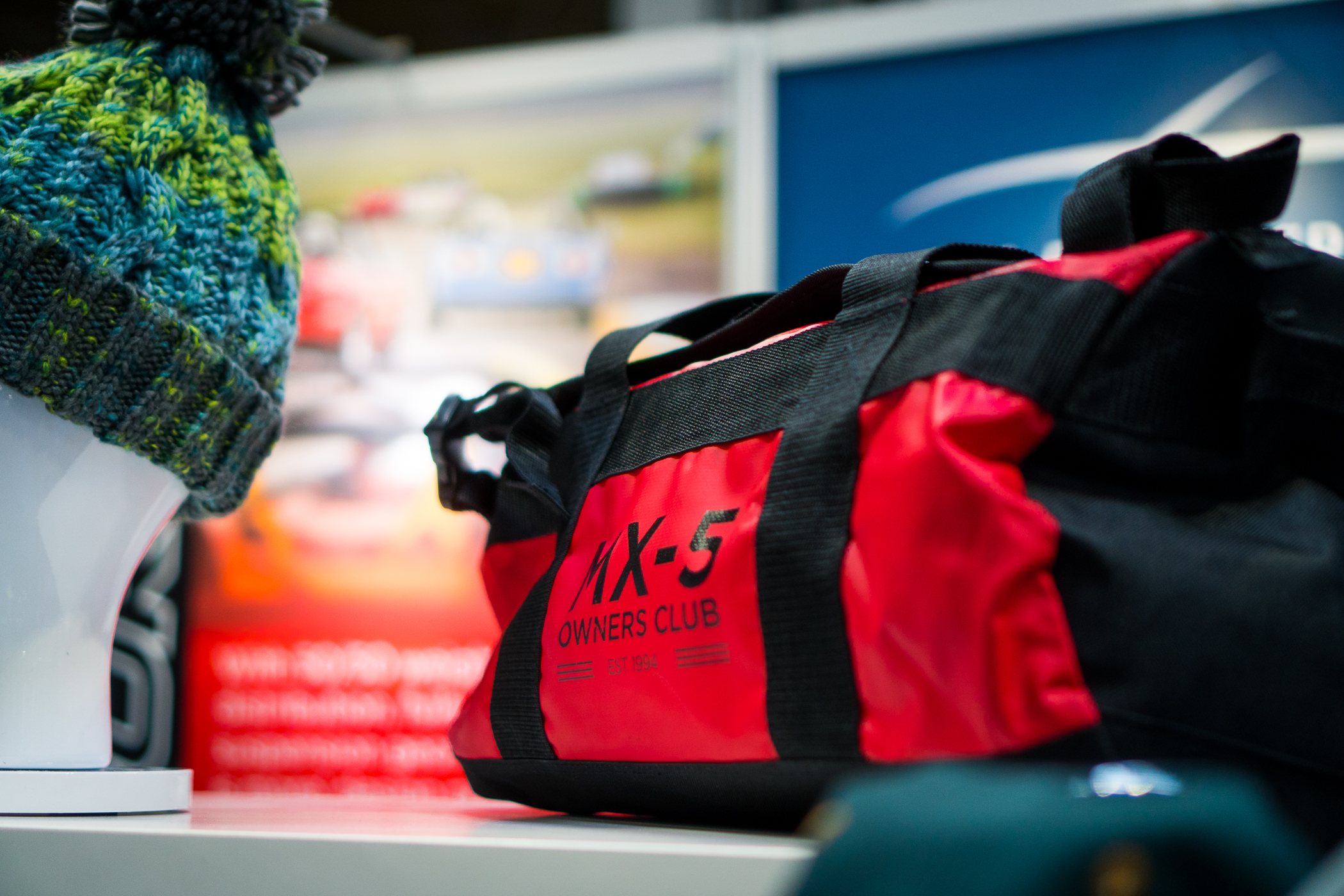 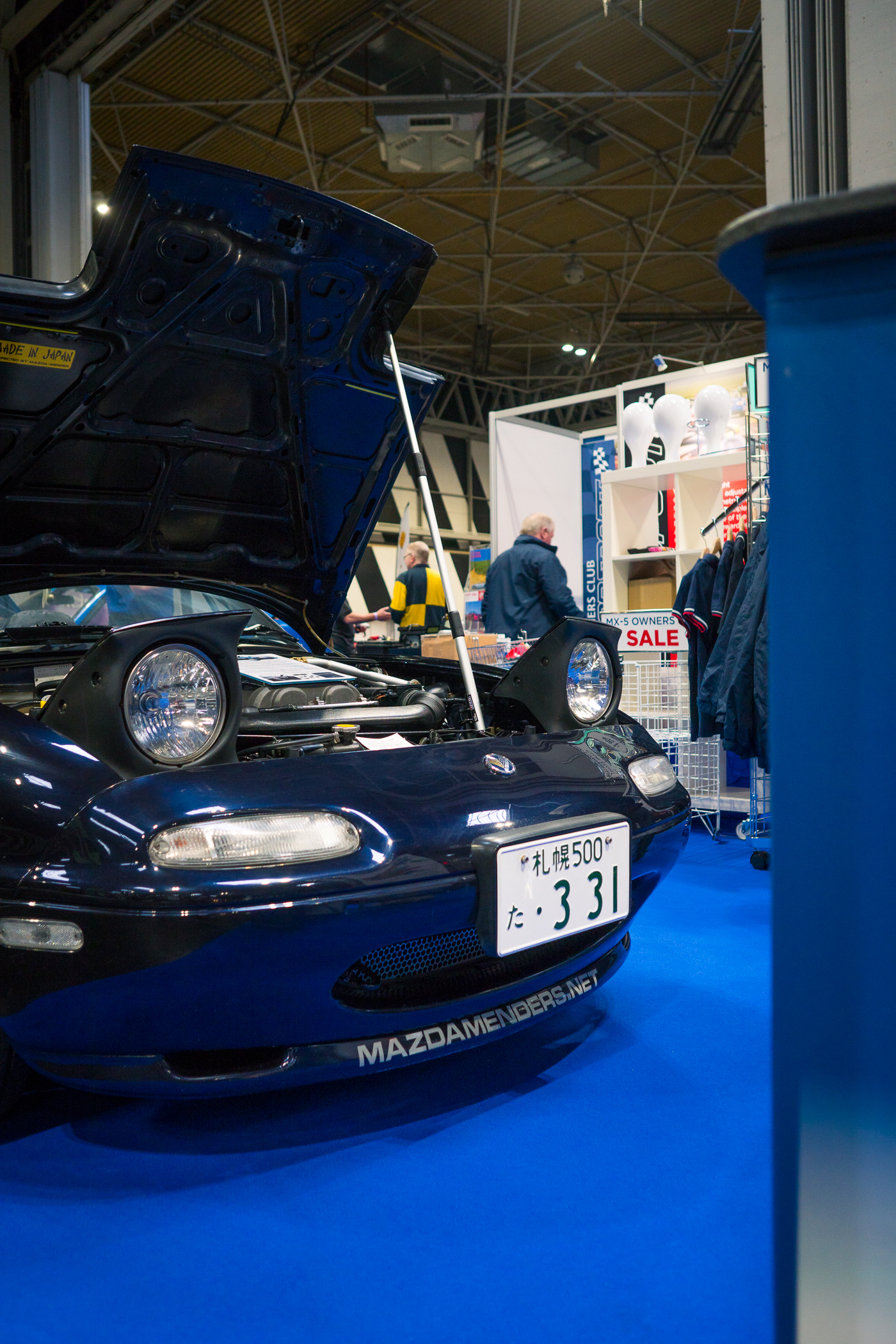