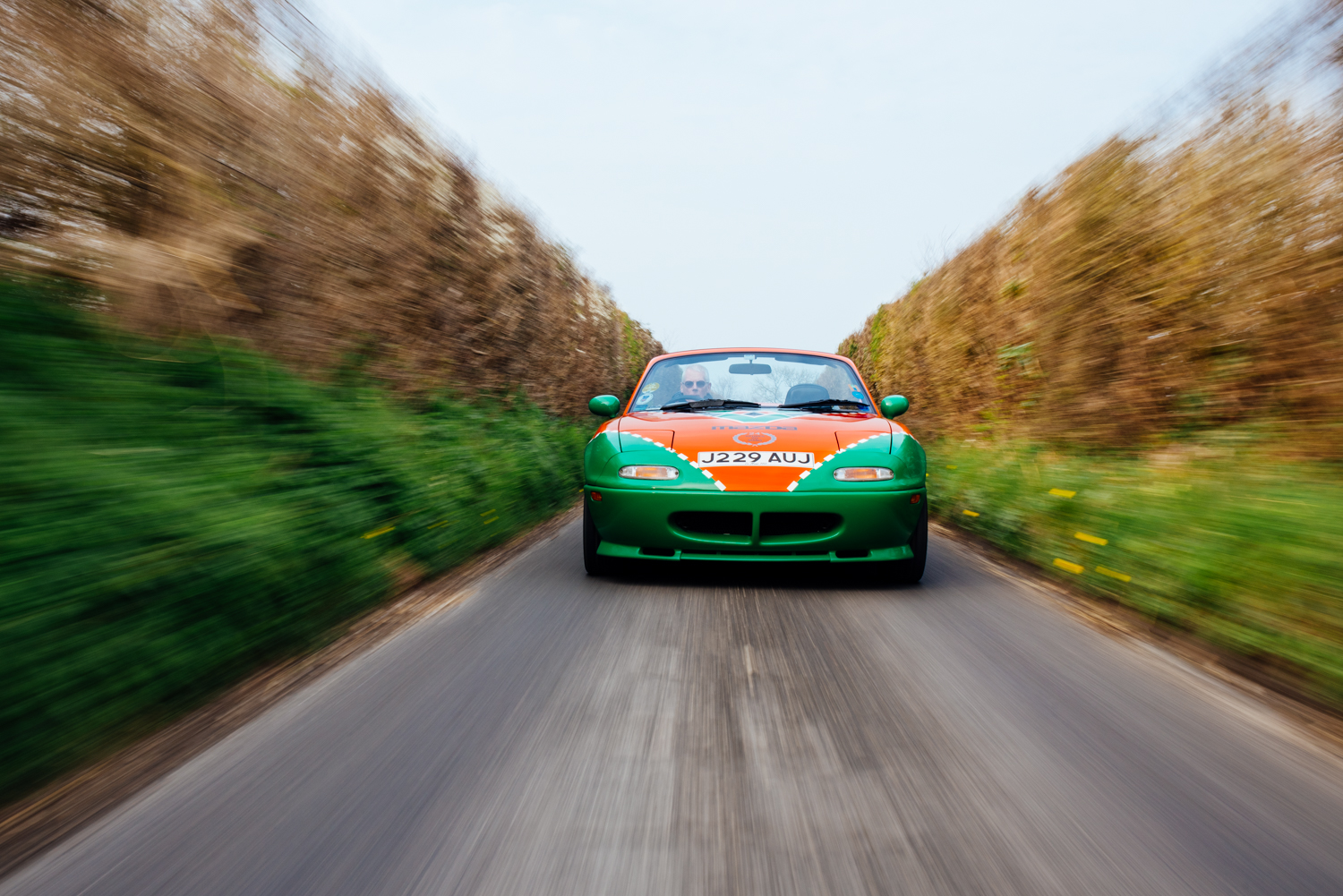 Circuit de la Sarthe, June 23, 1991. Just after 4pm, a lithe green and orange sportscar takes a shock outright victory in the world’s most famous endurance race having screamed its way around Le Mans for 24 hours straight. The might of TWR Jaguar, Sauber Mercedes-Benz and Porsche have been unexpectedly defeated by the howling rotary racer, the words ‘Mazda 787B’ marked on its nose, as if the Japanese giant expected a degree of anonymity that weekend in France.

Make no mistake, this was a landmark victory deserving of celebration. The 787B’s 1991 Le Mans 24-Hour win, powered by a 700 bhp, 10,000rpm, quad-rotor 26B Wankel engine marked the first and, so far, only non-piston engine car to win the famous race. It was also the first victory for a Japanese manufacturer.

Mazda UK celebrated the momentous win two months later with a run of 24 Le Mans Edition MX-5s. But this wasn’t some badges-and-trim special edition that we’ve become accustomed to, this was a proper project. And its most striking feature is an exact depiction of the famous orange and green Renown livery, as worn by the 787B. 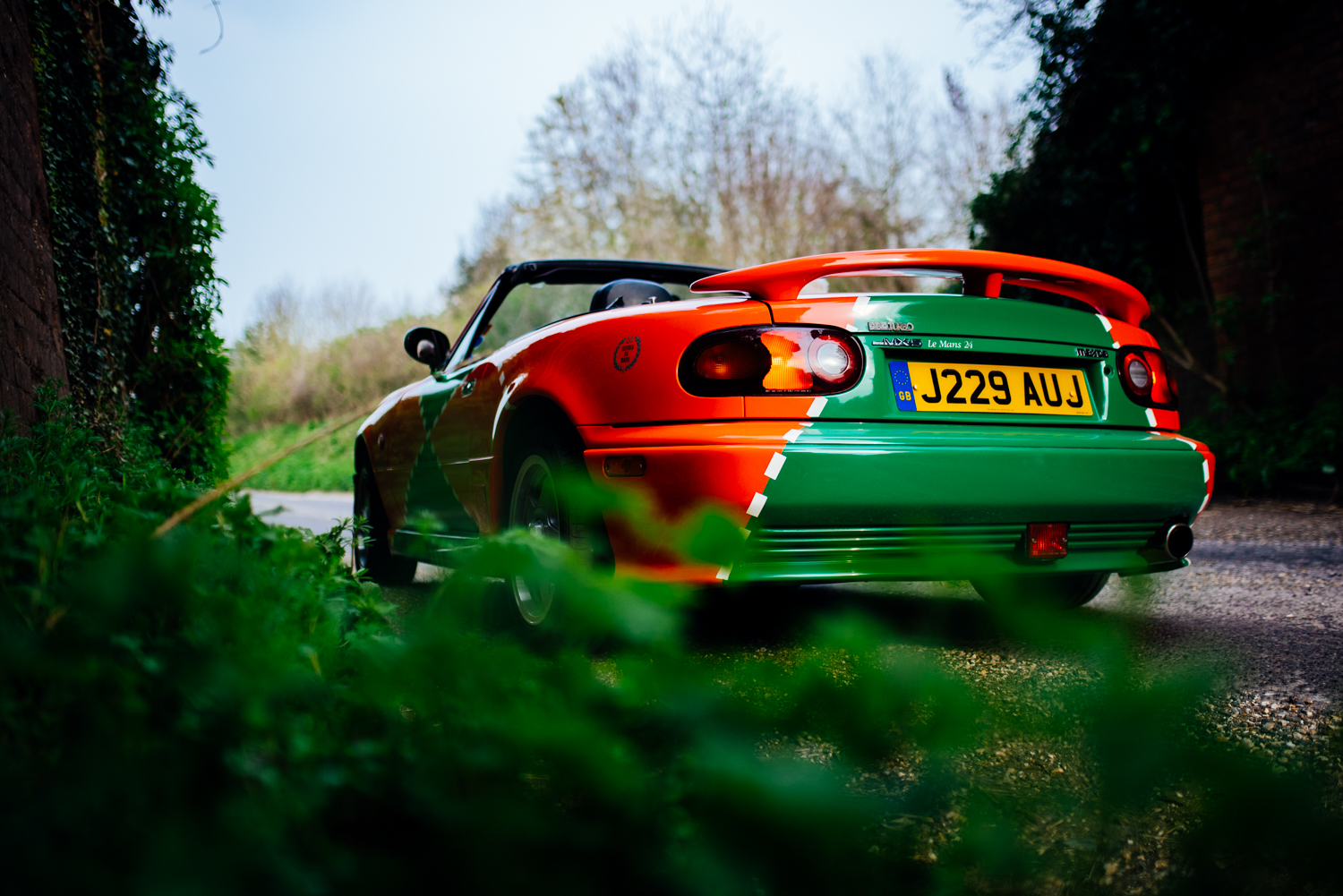 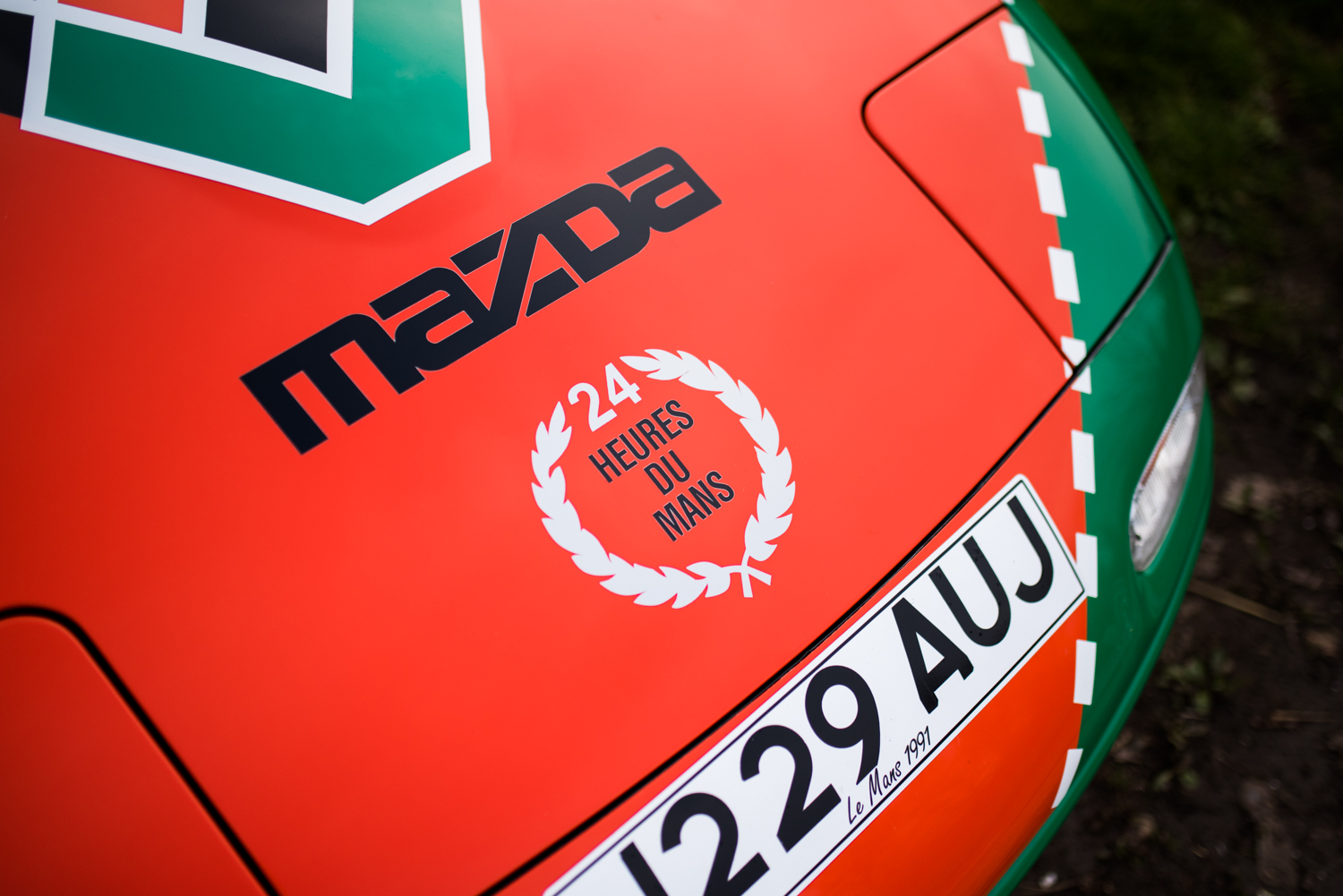 The Le Mans Edition was a significant project for Mazda UK to undertake in such a short space of time. This livery isn’t a mere sticker job or wrap – it’s painted. There’s a special body kit fitted, wheels from OZ Racing and springs and dampers from Tokico. But most importantly, under the bonnet resides a low-boost turbocharger kit fitted by BBR in Brackley, bumping power to 150 bhp and torque to 208 nm.

Now known as BBR.GTI and operating out of a facility next door to the Mercedes-AMG Petronas F1 team, Brodie Britain Racing got its start in the 1970s when David Brodie embarked on a successful saloon car racing career in the well-known ‘Run Baby Run’ BDA engined Mk1 Ford Escort. Since then the company has morphed into specialist developers of engine, electronic and chassis performance upgrades for a wide range of cars, and today they are most famous for their officially sanctioned turbocharger conversions on all generations of the Mazda MX-5. Many customers today opt to have their brand-new MX-5 delivered with a BBR turbo conversion, much as Mazda UK did for the Le Mans Edition in 1991. 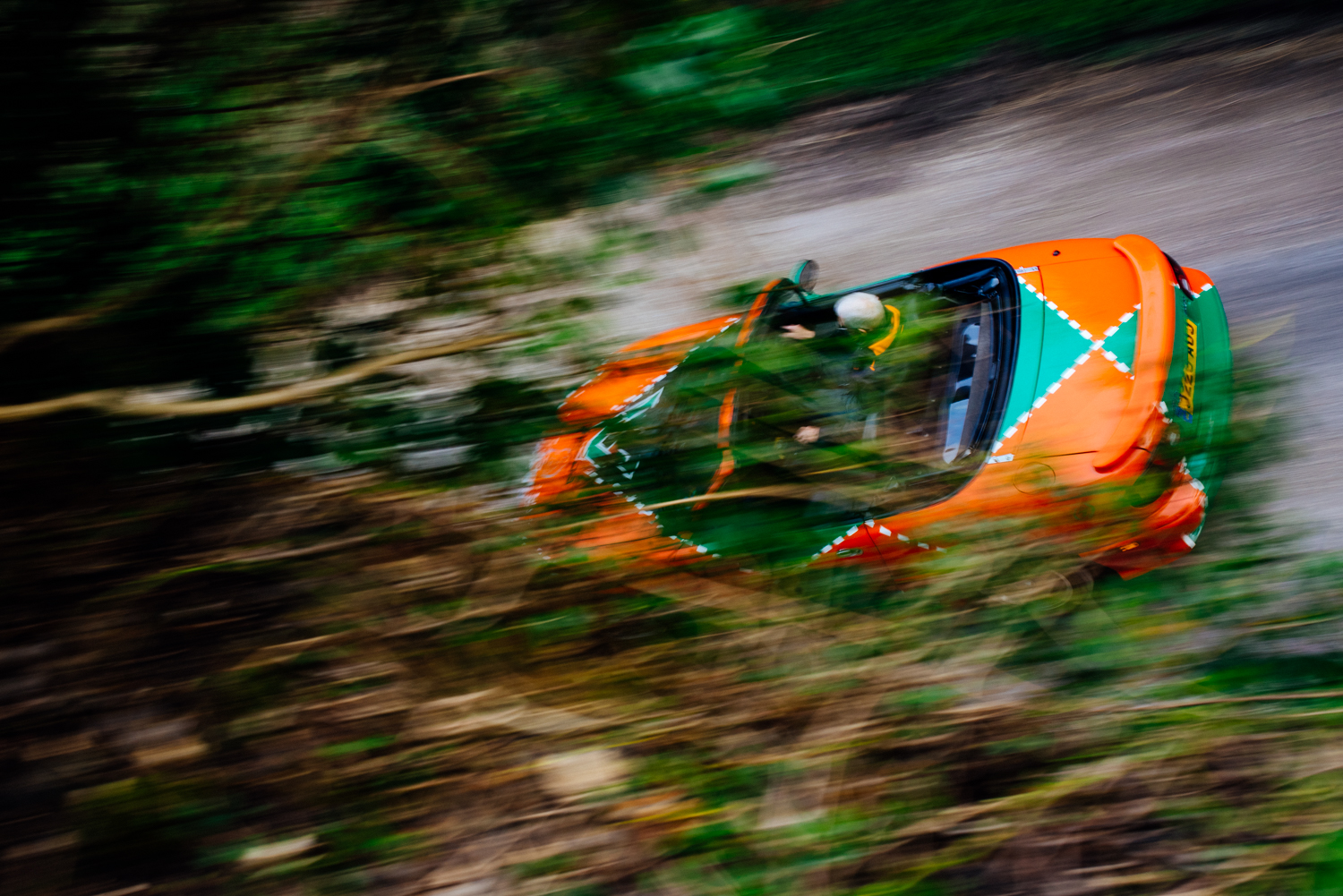 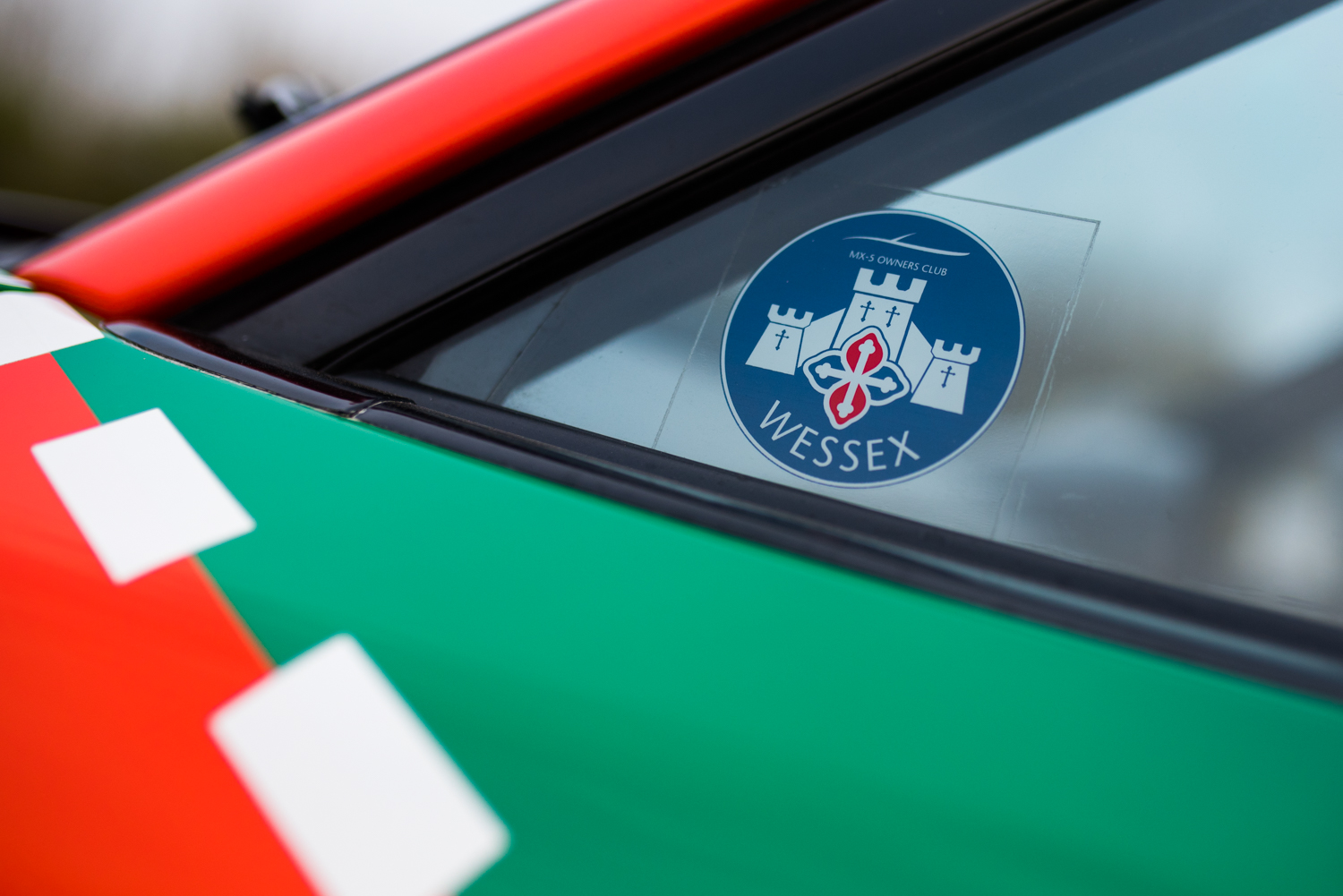 With the special paintwork and mechanical modifications the price jumped to £20,499, about a third more than the standard car. But in addition to a signed certificate by Johnny Herbert (one of the three drivers who guided the 787B to victory), those 24 buyers got exclusivity and a whole lot of attention.

Too much attention, it seems. Three cars were reputedly returned to Mazda to be repainted – two black, and one in plain orange. Just 14 of the 24 cars are known to still exist today. One is in a collection in France, Mazda UK has another and the rest rarely come up for sale on the open market. Impressively, the MX-5 Owners Club boasts six examples in its membership, or a quarter of total production. 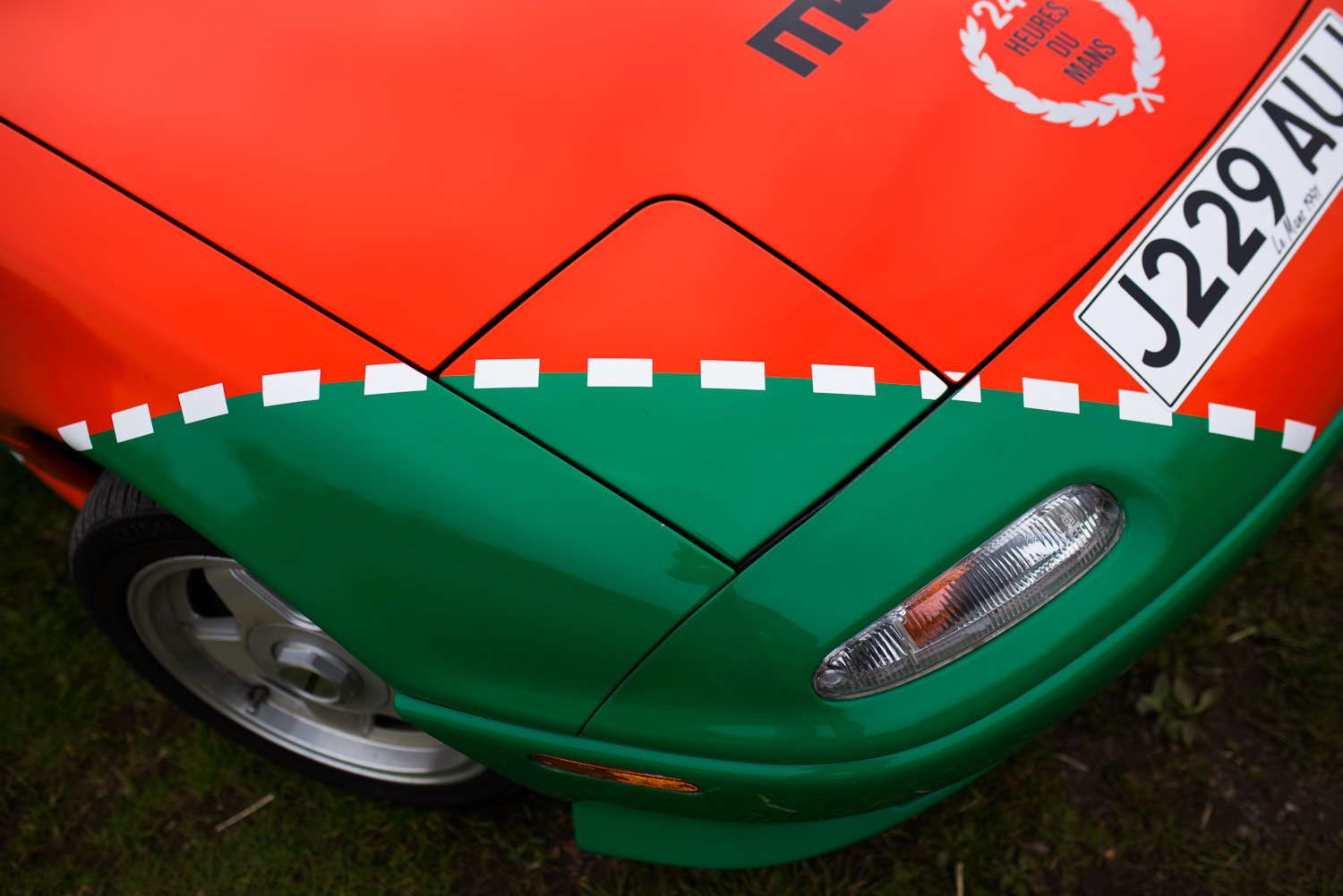 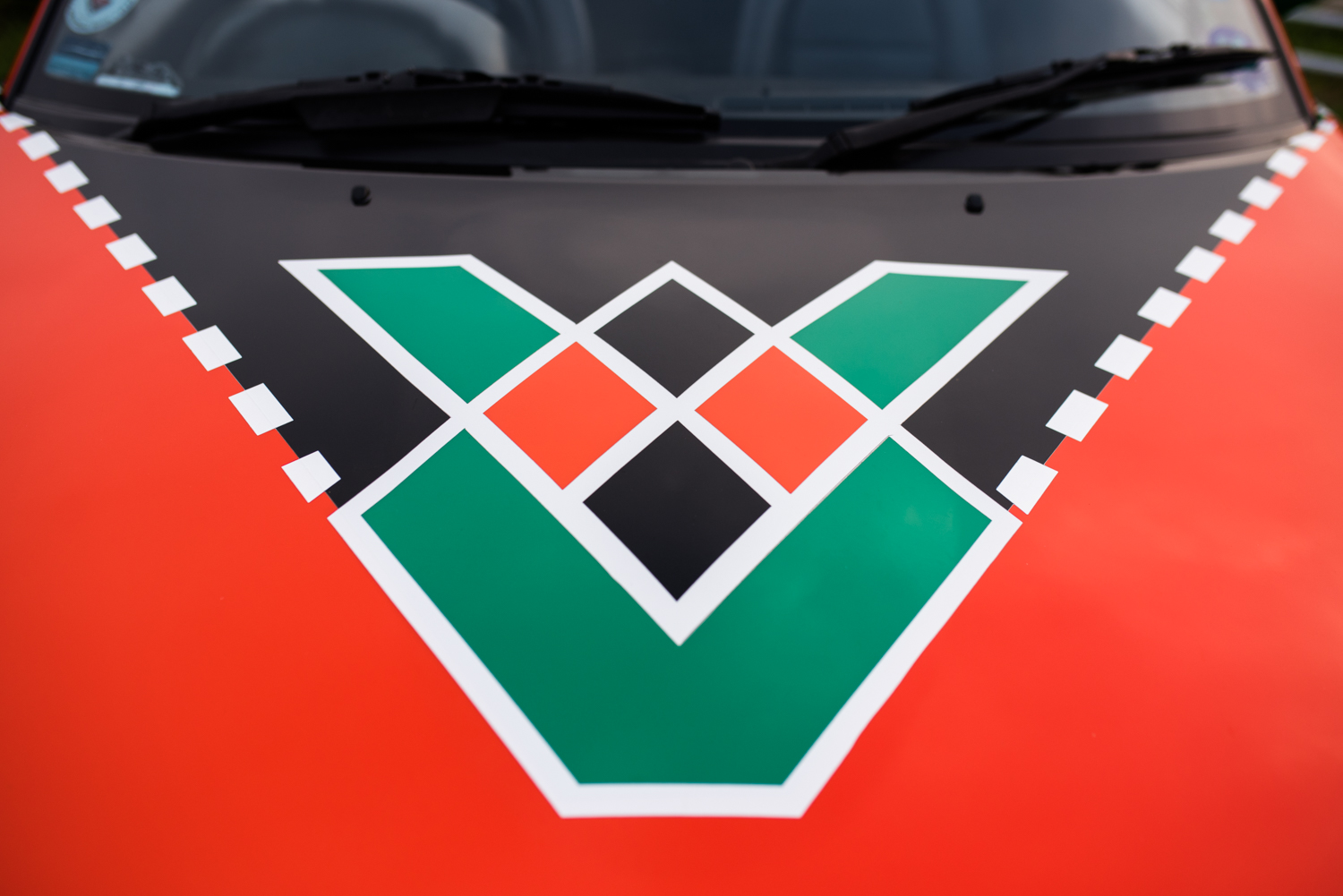 The MX-5 Owners Club is the largest of its type in the world, and one of the largest single-model clubs in the UK. Its 7,000 members are spread throughout the country, and an active regional focus means that drives and meets are happening every weekend. A dedicated motorsport committee run sprint and track day series, a vibrant forum gives technical advice and the club calendar is punctuated by the Spring and National Rallies at either end of the summer, which often attract more than a thousand MX-5s.

Past club Chairman Roger Mead is the custodian of this Le Mans Edition MX-5, which remains in strikingly original condition and shows just over 50,000 miles on its odometer. The car has been in the club since 1997 and, as is the case with most examples, has never been advertised when it changes ownership between members. Accordingly, Roger notes a list of friends who have expressed an interest if he were to ever sell. 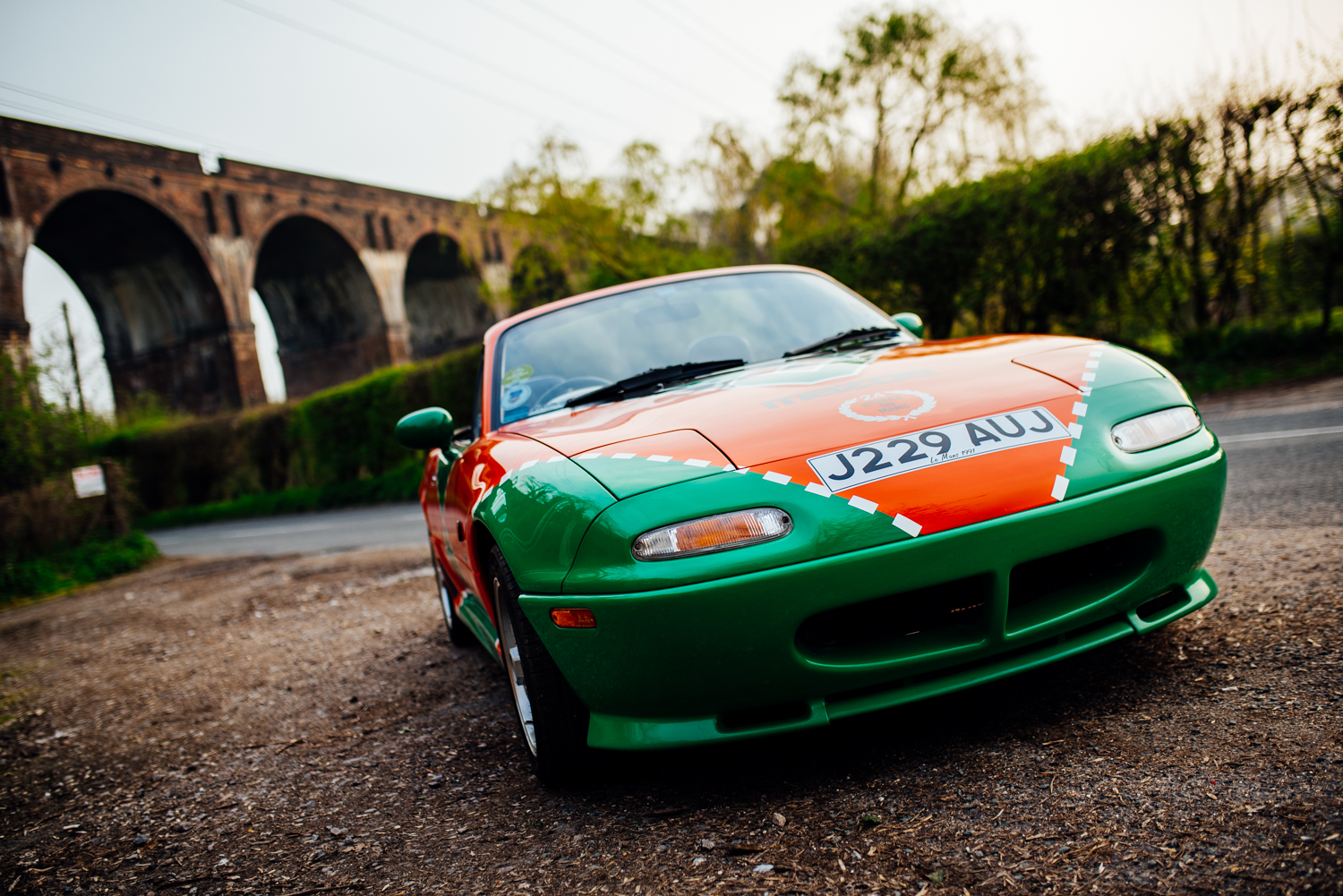 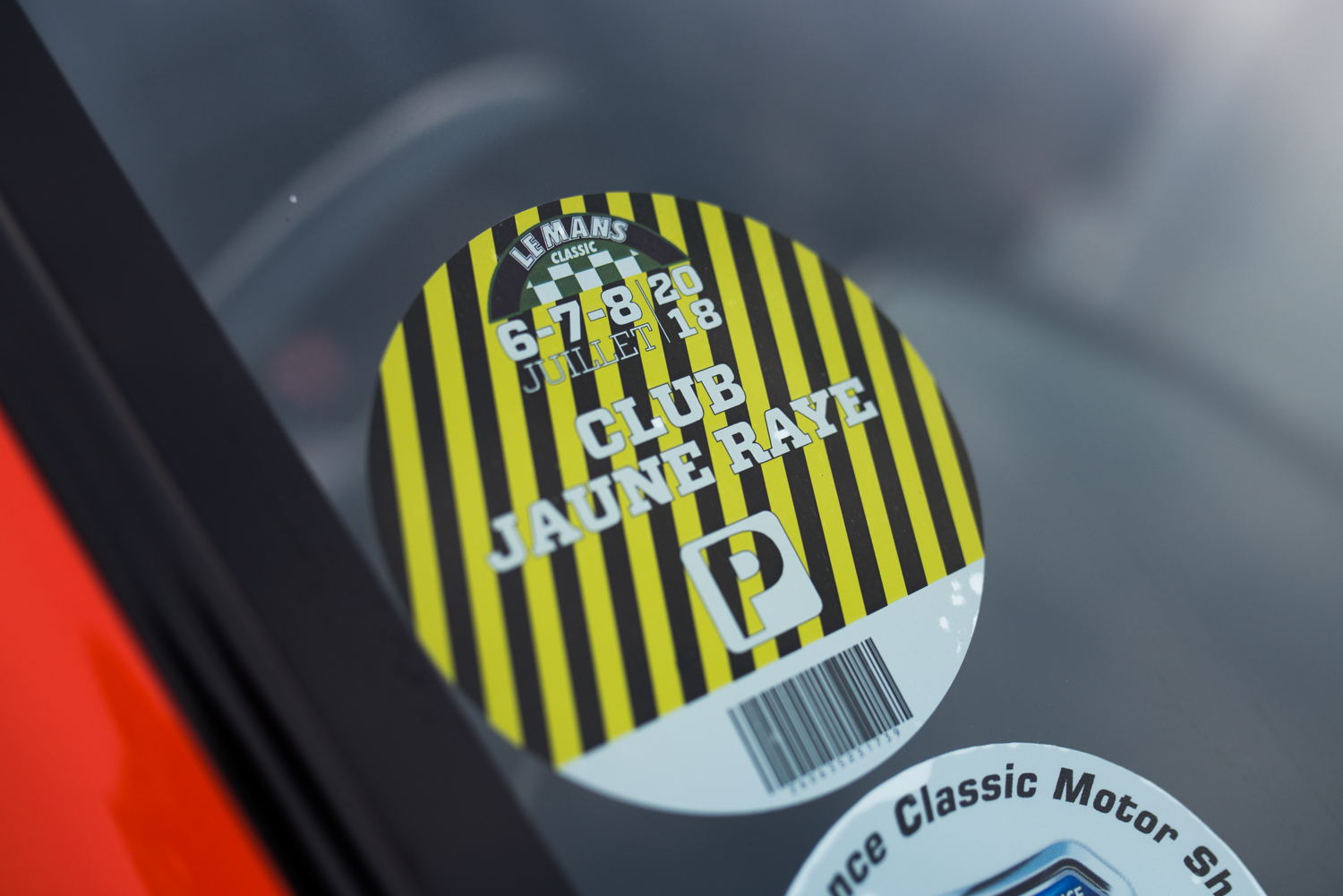 Roger has another MX-5 for more monotonous work and uses the Le Mans primarily for road trips. Last year he spent a week touring around Lake Garda in northern Italy and the year before it formed a particularly relevant vehicle for a visit to the Le Mans Classic race meeting, where the car was sufficiently popular to earn him an invitation to display it with a French MX-5 club.

The vast majority of people, even MX-5 enthusiasts, don’t know quite what Roger’s car is or its significance. But those who know, know. And to be able to drive around in a factory tribute to one of the most memorable races in motorsport history is a rare privilege indeed. 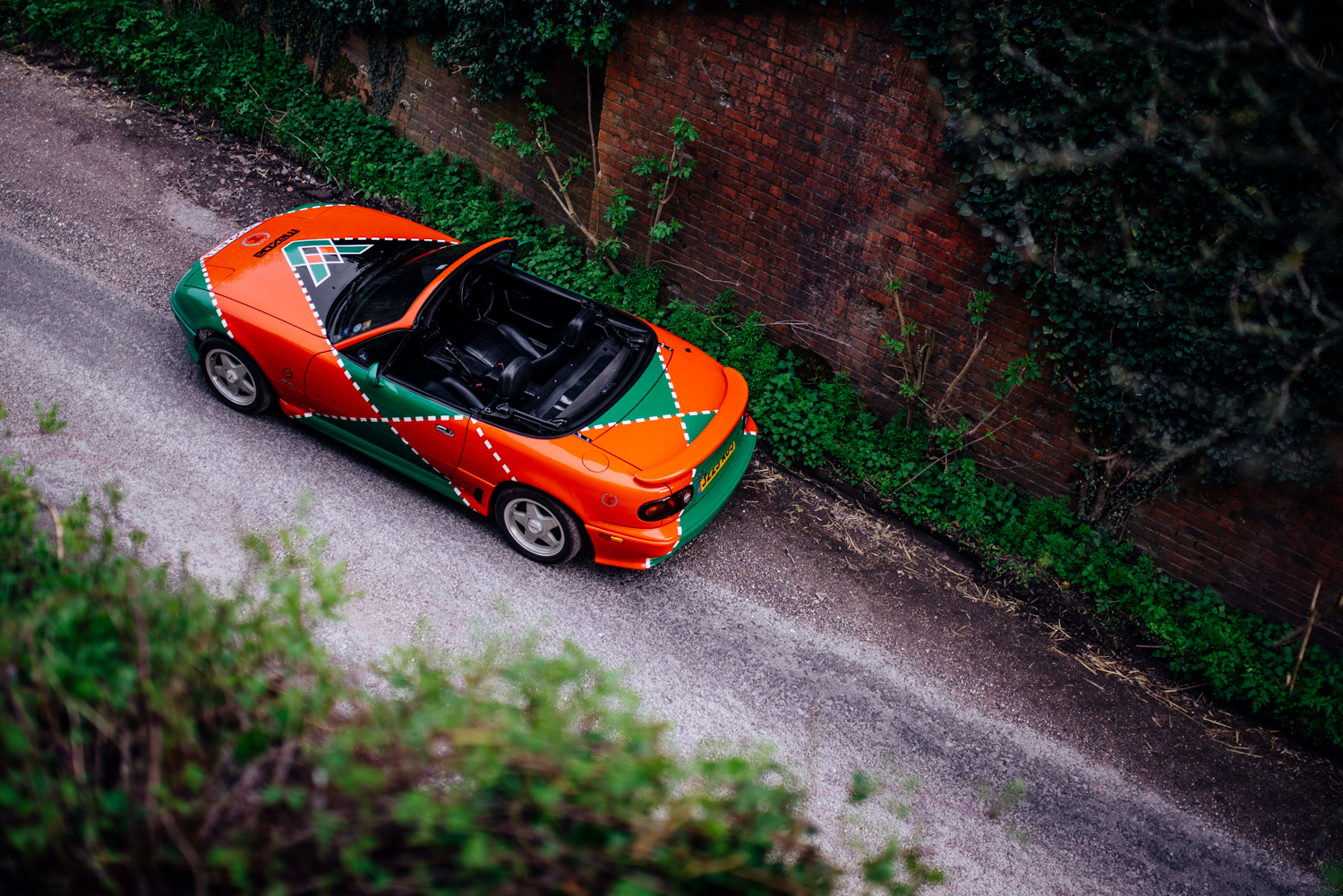 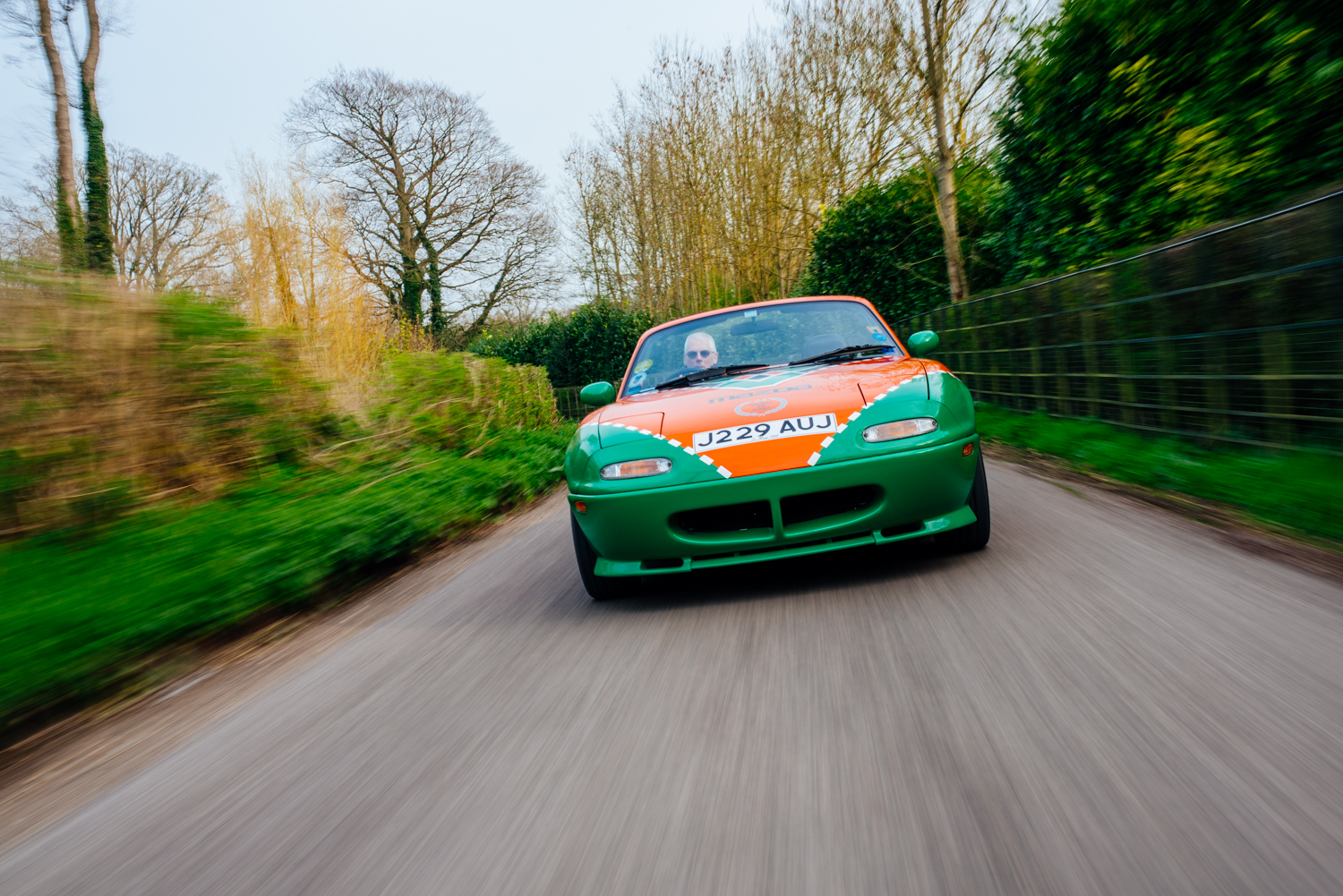