Its hot in the cottage.

“Morrisons” at 10am on a Sunday morning, veg is on offer today I think, 50% off the spuds and if you’re lucky a bottle of “Shloer” grape juice for just a quid, wow!, but only one per customer mind you…..hmmm….what could be better?

But we don’t care about that, oh no, as the curtains open across South Wales, inviting in the glorious early morning sunshine, reality strikes that today is the day for the July South Wales area MX5 run.

Today’s run was organised by a man, no indeed a “living legend”, of which no introduction is required. Wall by name and wall by nature, Mr Robert Wall, “Bob” to his friends, entrepreneur extraordinaire, pioneer of the original pressed steel suspended ceiling tile, exotic WhatsApp text machine, with his own personal input into the minimisation of global warming, and rumour has it that as a young teen, he even had a hand in the development of the first “Penny Farthing” (he used to rub the grease into the wheel spindles and hasn’t stopped since). An immaculate ICON of a man and a pillar of society.

Another Wall with as much importance and indeed the backbone of our primary guy today is the supporting wall, or as you know her the wonderful Irene Wall, or as they call her in Porthcawl (well around the funfair area anyway)….. “The Voice of an Angel”. Irene was the local forerunner to Charlotte Church, in fact in latter years she was young Charlotte’s glamorous body guard and stunt double. She did this for over seven years and taught her all she knows. With two Walls in place, we nearly have the makings of a structural empire.

So as the smog of the steelworks clears and the MX5 owners frantically try to blow away the red dust residue left by it off their cars, it becomes clear that on paper there is a great day to come. The preliminary ceremony of the welcoming and introduction of the “Newbies” takes place and the close scrutiny with uniformed pointing to scratches and blemishes of existing term members who have invested their hard earned cash into new vehicles follows.

With over 30 vehicles lined up for today’s run, it shows how much the area has developed and the popularity of the popular social activity continues to grow.

As we plaster on the sun cream and wave goodbye to Morrisons, the first section of the run takes us to Garwnant Visitor Centre for the initial Pit stop. A first time visit for some members, and a hidden gem, tucked away in the Brecon Beacons, offering general refreshments following the first leg of the trip. Discussions were held whether cars should be locked or left open, should we lock glove boxes or will it be safe enough here (Mk4 owners you didn’t have that option).

After refuelling, the departure from Garwnant was delayed by ten minutes as there was a problem in getting both our Area Co-ordinators off the “Tarzan swings”.

Back on it, we are highly entertained by a variety of well selected road types, fast straights and also some very twisty, tight hairpin bends whilst out in the “sticks”. All those in attendance will probably be retracing their steps very soon to recover the layers of under seal stripped from the bottom of their vehicles on one particular very tight turn. But all a part of the fun.

With skin tones a few shades darker than when we set off we arrive at the “Cottage” pub for our traditional Sunday lunch. After fighting over parking spaces on the site, all is now well and the loud, ravenous bunch settle down for their well-deserved meal. All appear to be very happy, with bellies fully replenished. But then a competition takes place that cuts the spirited atmosphere like a council acquired knife through butter. Here were go!!!! a lucky club member is going to receive a fabulous award from the pub landlord for the best turned out MX5 in the car park. From the cars in the car park, only one carefully selected individual will prevail.

As the winner is announces it becomes apparent that our very own Co-ordinator (Mr Whitely) wins the first prize for his wonderful new, blue Mk4. Frowns and subtle calls of “fix” and doubts upon Mr Whitley’s parentage vibrate throughout the well fed members around the tables.

As the plates start to fly and on the back of this outcry it is to be noted that Mr Whitely is kindly donating his winning prize…….as he feels it was unfair for a man of his position to accept it….He is donating it to someone far more deserving of the reward, and I can confirm that he has now presented it to Mrs Whitely…..who better?

Another fine run day draws to a close then as the members drift off into the summer. Some off home to finish the washing that they started last night but didn’t complete, whilst others will sit with good friends, sipping long glasses of iced Pimms followed by lashings of “tea and tiffin” on the lawn as the day closes out……and not a hairdresser in sight. The walls are still standing! 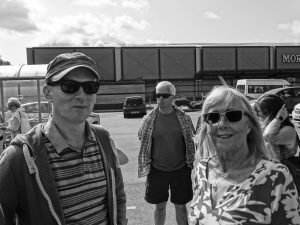 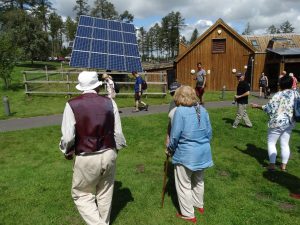 Back with a vengeance! 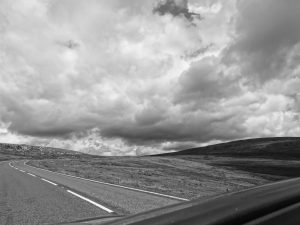 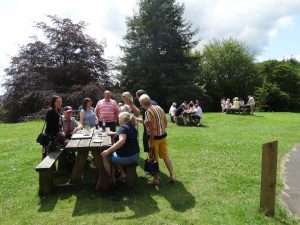 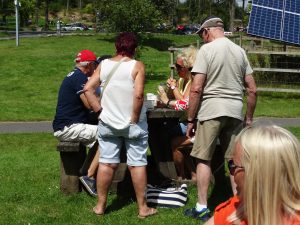 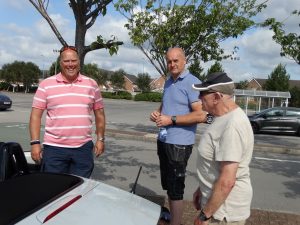 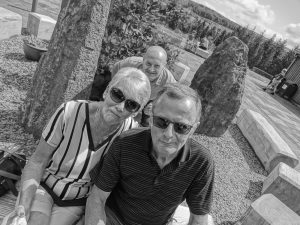 See no evil, hear no evil and speak no evil 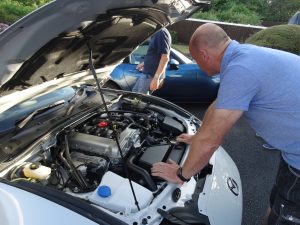 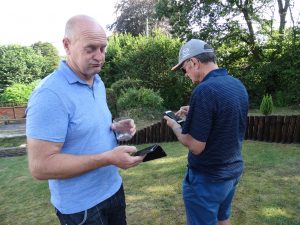 Not talking, I’ll text you 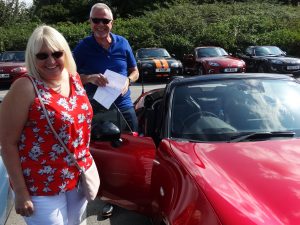 Gee and double Gee, Chris has a new Mk4 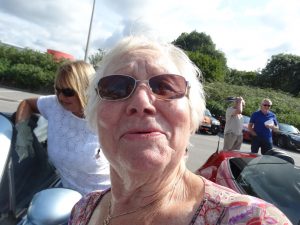 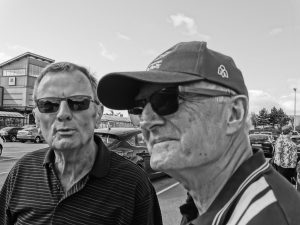 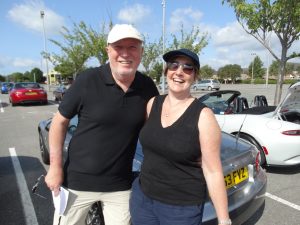