Jeff and Gill drove up the hill

To plan their MX5 run

They sped back down

Cut through the town

And declared “We have devised one”!

Ok, I’m no poet so will stick to the day job, but yes indeed the 17th of August brought us Jeff and Gills annual MX5 club run.

This run proved to be a little special as it marked the unveiling of not only one but two new 30th Anniversary Edition cars. These were proudly displayed by their owners Andy and Sharon and also Sue and…….well just Sue as Geraint was otherwise engaged on important matters, so she flew solo on this one.

We hope you all have great fun in your new cars and that they give you years of pleasure and enjoyment….we can certainly see you coming! “The future is bright, the future is ORANGE”. Can they have us for copyright on that old TV slogan? Hmmmmm.

It was really great to see the return of long term members and old friends for this one, both again sporting new Mk4s. Peter with his Soul Red Crystal “GT” and Donna and Kevin with their new “Dynamic Blue Beastie”. It was lovely to have them back on the scene. Let’s hope they enjoyed their run out with the club and look forward to them being back with us for our runs on a regular basis in future.

A couple of new faces joined us for this one too, namely “Robert”, “Josh & Tania” and “Ian and Ray”, they are all very welcome and it is hoped that they enjoyed the experience enough for them to join us again on future runs and also having an input into the “MX5 family”.

As the morning mists cleared, the flamingos left their nests, flying off in search of food, whilst wildebeest drink from the crystal babbling brooks, we arrive…….at Asda in Merthyr!

I made up the flamingo and wildebeest thing by the way, I did actually see a couple of stray “Staffie” dogs eating something “Yellow”, a dead badger in the gutter and some really old guy in a brown suit trying to scrape something off a lamppost, but I thought I would try to set the scene for you.

No time for the usual car pointing and nodding this morning then, oh no, it’s far too wet for that, so we all pile in to the Asda café for early morning refreshments, (where they wouldn’t serve us cos it was too early), so chats and reminisces were instigated as an alternative. Don’t like Asda coffee anyway.

N.B. Andrew made a new friend as shown in the photos.

With a total of 32 cars in tow for this one the group set off in convoy which was immediately broken up by other members of the public accessing and egressing the supermarket, but all was well.

The first pittttstop was in Builth Wells, not a lot open there unfortunately, but many of the group members had managed to shoehorn themselves into a local pub for some well-deserved liquid refreshment, some enjoyed the liquid refreshment so much they had to be ejected by force as the Reading v Cardiff game was on SKY and drew the interest of a few avid fans a little too much.

Back to the car park then and…well well….. the nodding and pointing that was so sadly missed in the Asda car park at the beginning of the day now seemed to be taking place in abundance with “Woo that’s luvvvly innit” and “I’m sure that’s got bigger” being banded around in droves as the all new vehicles found themselves under the spotlight for scrutiny.

Off on the 60 mile second leg then, and the big orange thing is now apparent in the sky as well as in the car park so it became very much a run of two halves. Taking us on a combination of roads, heading as far up and Kington near Leominster, we headed to the second watering hole and nosh pit which was Monmouthshire Golf club.

Parking issues did not exist and we were easily accommodated in the grounds of this one. It’s unfair to comment on bad meals in this forum really…we can leave that for Trip Advisor fans, but it seems that everyone appeared to enjoy the food and the value that we had here today, so well done the golf club…great choice of venue.

With courtesies shared as usual, a big thanks to Jeff and Gill for this one….and it would be rude of me not to finish the blog without completing my poem………

Naa….I wouldn’t do that to you.

Important footnote though – As Dave (our co-ordinator for those that don’t know him) has a very nice Dynamic blue MX5, he wanted it known that he should now be referred to as “Dynamic Dave” in all future correspondence as from today. You can see how this fits his profile. I’m sure you will oblige with his request. 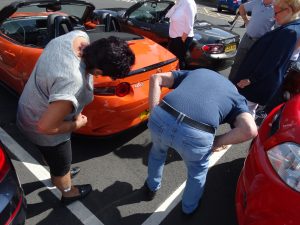 Has anyone seen Bobs head anywhere? 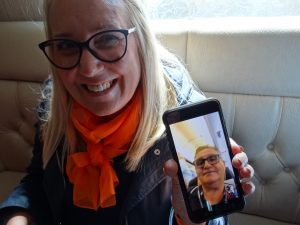 See, I cant keep him away. He don’t trust me with the new one! 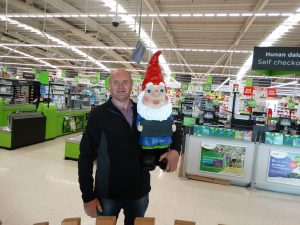 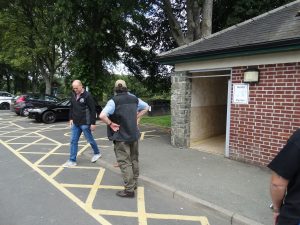 Give it five mins I would! 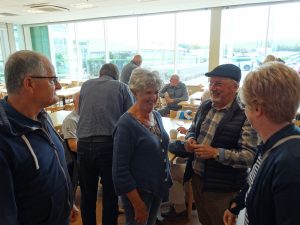 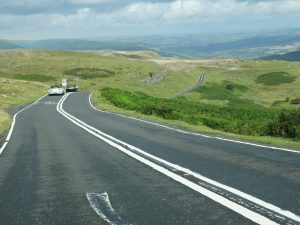 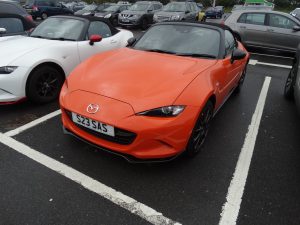 The Andy and Shaz mobile! 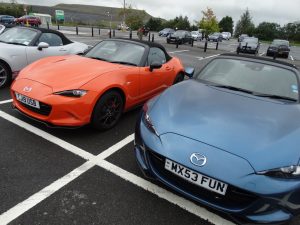 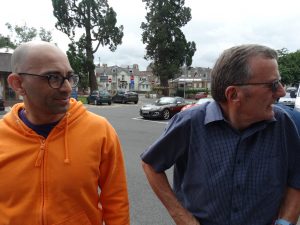 Ive got the hoodie, just need the car to match now! 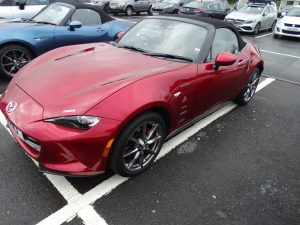 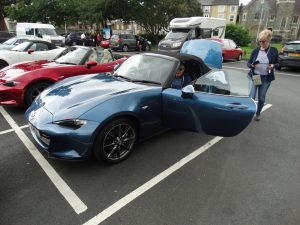 Kevin and Donnas new one!