Will the original MX-5 become the next Porsche 911? 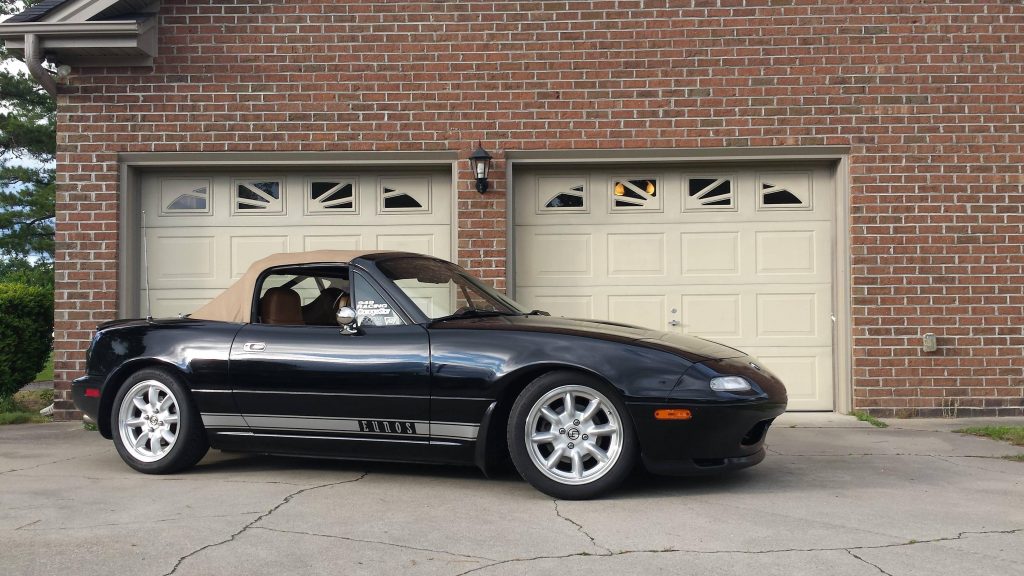 Will the original MX-5 become the next Porsche 911?

Here’s something to muse over your morning coffee (or evening tipple, or morning tipple, if you’re that way inclined) – is the original MX-5 on its way to becoming the next Porsche 911? Bear with me here.

For the purposes of this story I’m referencing air-cooled Porsches from the model’s inception in 1964 to the end of G-Body/start of 964-generation in the late 1980s. It was around the 993-and-onwards era that the 911 began its morph to entry level supercar territory, and the current GT3, RS and GT2 RS is worlds away from the current MX-5 in just about every respect.

But back to the early 911s, and the comparison with the NA series of MX-5. Both are mass-produced sports cars with integrity of design, solidity and trusted reliability, and both have garnered a cult following in their respective spheres. We saw it just recently at our Anniversary National Rally, where over 2,500 MX-5s turned out to celebrate the model’s 30th Anniversary. And this on a relatively small island with weather not always suited to open-top sports car ownership.

So why is the original MX-5 becoming the original 911? The thing to remember is that air-cooled Porsches weren’t always expensive. Today, while prices have softened a little we’re still knocking on the door of the million-dollar air-cooled 911, and they are out of the reach of most enthusiasts, but this wasn’t always the case. They used to be cheap and plentiful, and an old used Porsche was just that. Remember back in the 80s and 90s when everybody would try to make their old Porsche look as new as possible with huge body kits, turbo whale tails and slant-nose conversions? The best Porsche was the newest Porsche, and the old ones were deeply uncool to most. 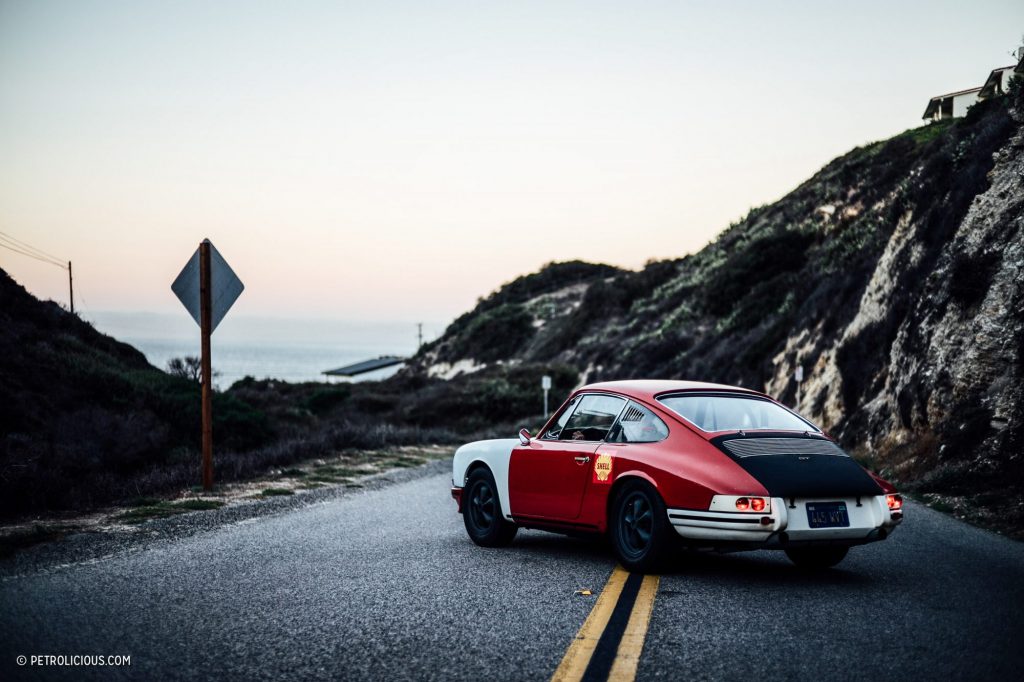 Except for a small band of Porsche loyalists who appreciated them for their supreme build quality, for their competence in racing and sports driving when set-up and driven properly, and for the unique driving experience they delivered. These are the guys that looked back to Steve McQueen on the set of Le Mans in 1970 and thought “despite what the world is telling us, McQueen couldn’t possibly have been wrong. This is a cool car.” These are the guys that looked back to Porsche’s 1968 publication ‘Information regarding Porsche vehicles used for sports purposes‘ and took it as a bible. The kinds of people who didn’t care about putting miles on the odometer, who daily drove them and road tripped them through all kinds of arid and winter climates.

These are the guys that founded the famous ‘R Gruppe’ in the 1990s, before hot-rodding Porsches was cool. These are the guys that raced them, and cut them up to make them faster with no thoughts of originality-this or matching-numbers that. They just did what they wanted, and the primary reason was because the cars were cheap (relatively speaking) and available.

Magnus Walker, the self-styled ‘Urban Outlaw‘ with a collection of 20+ modified Porsches, famously espouses that he never paid more than $10,000 for most of his cars. He bought a lot of them at LA’s Pomona swap meet, and paid cash on the spot. The famous Rod Emory, builder of hot-rod 356s and 911s that now sell for a half-million dollars or more, developed his often-copied style as a kid cutting up old 356s that nobody wanted. Ted Gushue, the world-traveling social media influencer and digital marketer who keeps his Connecticut-registered 911 in London, told a similar story recently on the Hodinikee podcast. His Dad had Porsches while he was growing up, but he bought crashed ones for a few grand and fixed them up to fund the next one. Ted’s famous silver 911 with the Martini stripe on the fender has been in the family for decades and was bought long before air-cooled Porsches became expensive or cool. 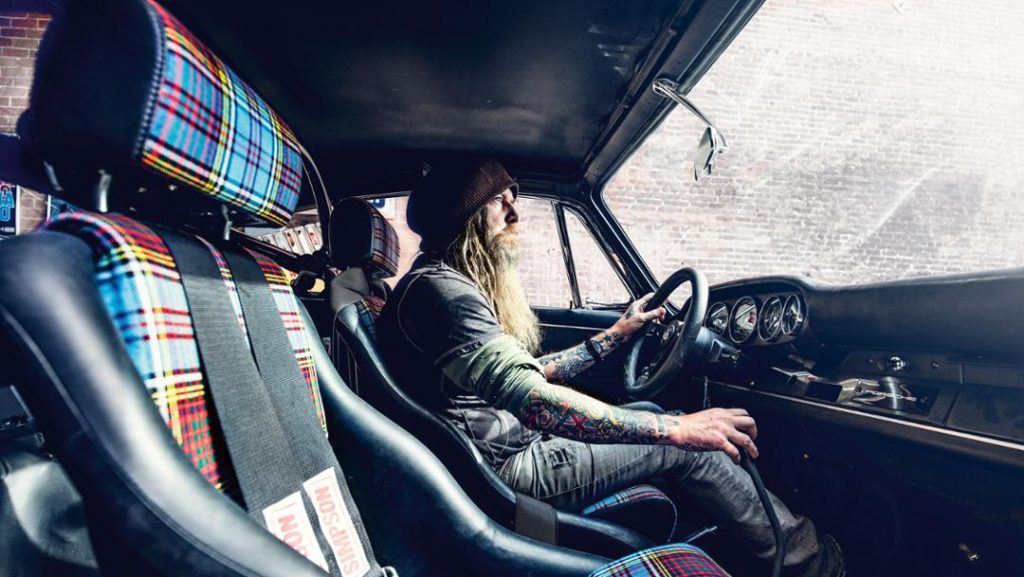 It’s getting out of control. Singer’s creations are beautiful but there’s a three-year wait and the list price pushes a million dollars. It’s a similar story with the new RUF CTR Yellowbird homage and Gunther Werks’ all-carbon 993. Beautiful cars, no doubt, but well out of the reach of the guys who made these old Porsches cool in the first place. Even a hacked-up R Gruppe-style air-cooled car from the 70’s is nearly £100k now.

Very broadly speaking, these cars are now bought by well-heeled people who are late-jumpers to the bandwagon and are looking to recreate what drove them to the insane levels of popularity and value they now sit at. The guys who made these cars famous by racing and modifying and road tripping them in the 80s, 90s and early 2000s, just wouldn’t spend the kinds of money the cars are now worth, even if they had it.

You know what’s deeply uncool? Debt. The reason those Porsche guys were so carefree, and the reason why the whole ‘Urban Outlaw’ thing took hold, is because those guys weren’t afraid to swap out an engine cover or repaint a car that they had a five-year loan on at £1500/month. They could drift a ’74 Carrera through Copse because if the worst were to happen they’d only be walking away from £10k, and they could make most of that back by parting the wreck out.

Take a 911 project today. You’re looking at £25k minimum for a worn-out, rusty 911 shell that needs everything. By the time its where you want it, you’re likely deep to the tune of £85k plus. That’s a hell of a lot of Nurburgring or Spa track weekends in your E46 M3, or several full seasons racing in one of the many MX-5 one-make championships.

And here’s my point. Today, MX-5s are cheap and plentiful, and they make a brilliant base for modification or competition. If you’ve only got a few grand, you can buy a rusty Mk1 for £600, fix it up, modifiy it to your tastes, and really enjoy it to its full. If you’ve got a little more to spend, there’s a world of engine swaps for more speed (LS V8 from Flyin’ Miata or Rocketeer V6 are two that come to mind) or you can buy a professionally prepared car and race it anywhere from basic club meets to semi-professional Britcar 24hr endurance events. 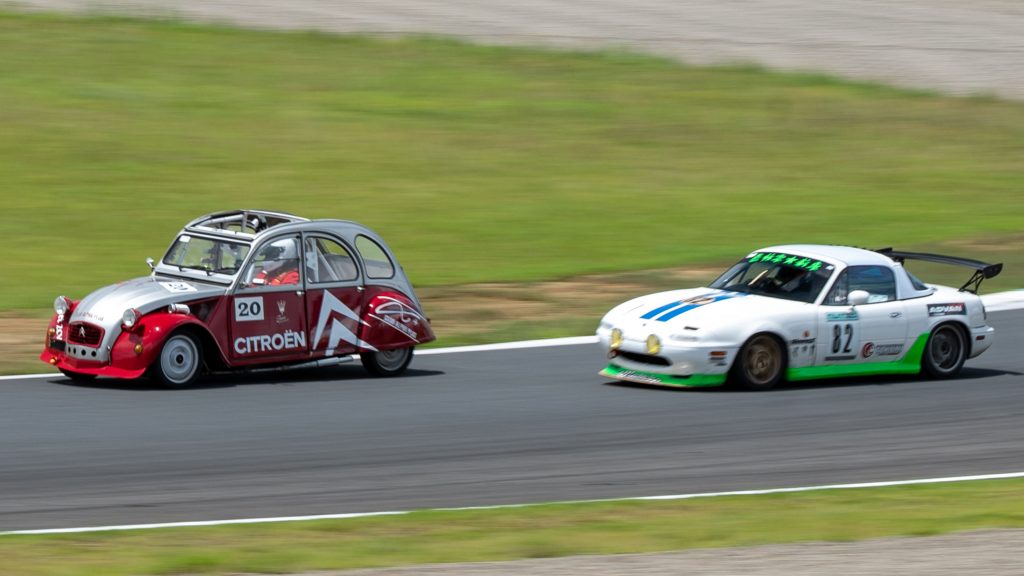 What’s more, the MX-5 is developing a whole new following among internet-savvy kids who want the best possible sports car their meagre budgets will allow. Google “Miata is the answer to everything” – internet memes don’t spread for no reason. As these guys grow up and get better jobs and have more money to spend they’re not going to lose that passion for the MX-5, they’re going to start building better and higher quality cars, lifting the image of the car. Maybe they’ll get that Porsche GT3 one day, but it will share garage space with the MX-5 they wished they could build at 23.

We’ve already seen prices for early, rust-free Mk1s double or triple in the past few years as the car graduates to bona fide classic status. One day, will we look back at this time of plentiful, cheap MX-5s as the golden era? And when a ratty MX-5 is worth £30k, which will happen, will the well-heeled try to emulate what the kids and track rats are doing today? 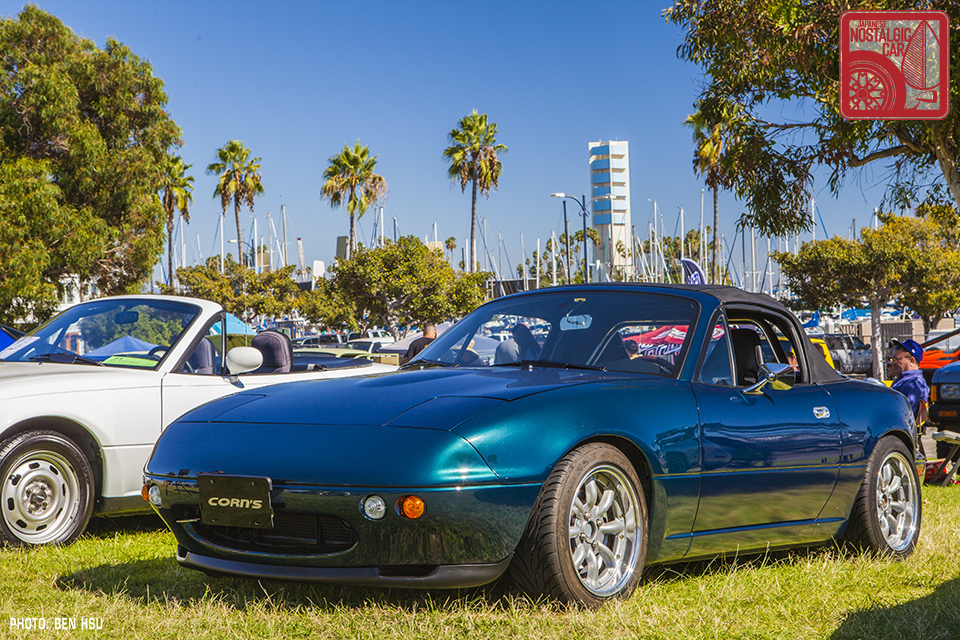 I’d wager that in 2045, we’ll look back and wish we’d bought up these cars when they were worth pennies on the dollar. And assuming we can still drive fossil-fueled vehicles on the weekends, our eyes will water with what people are spending to build them.

This is why the original MX-5 will become the next air-cooled Porsche. 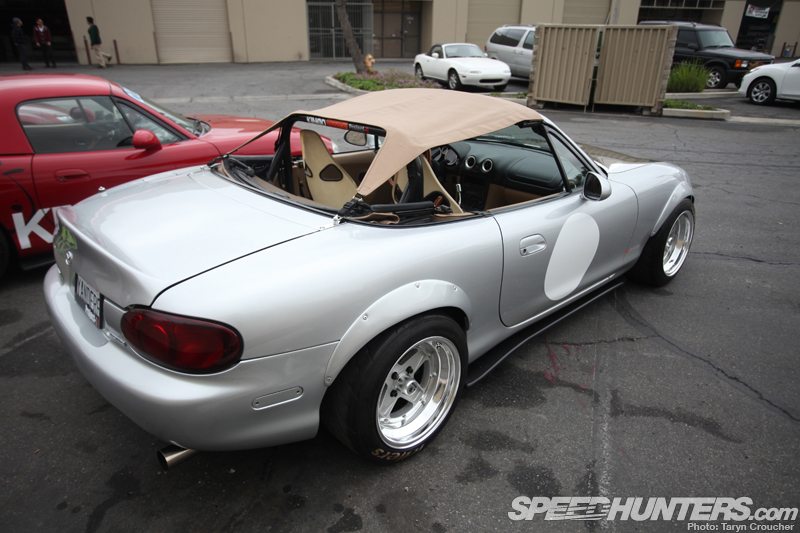 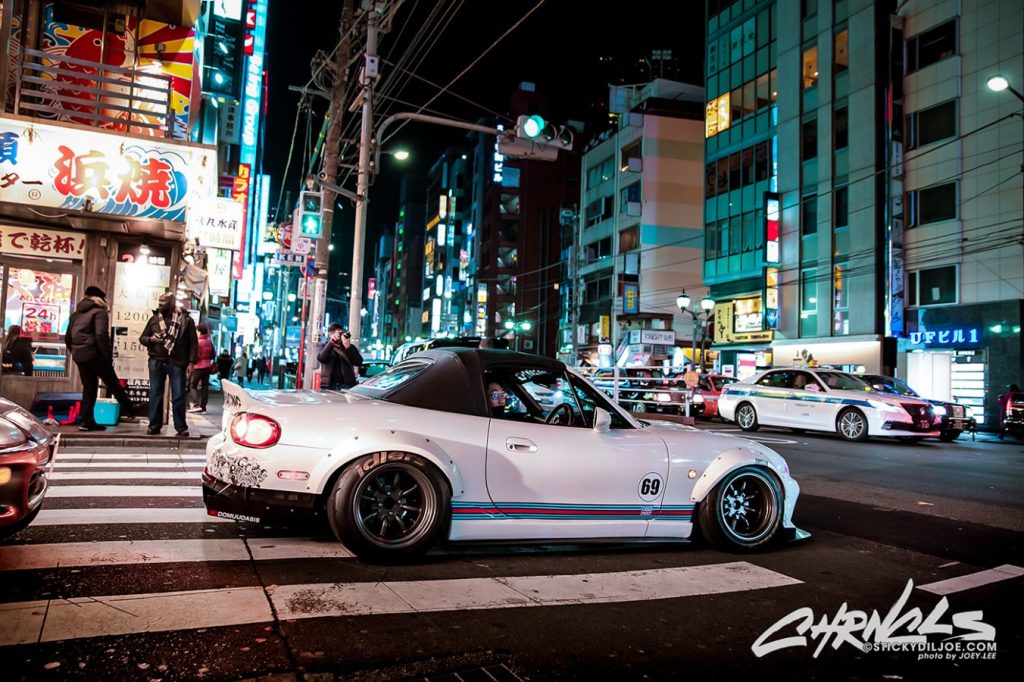