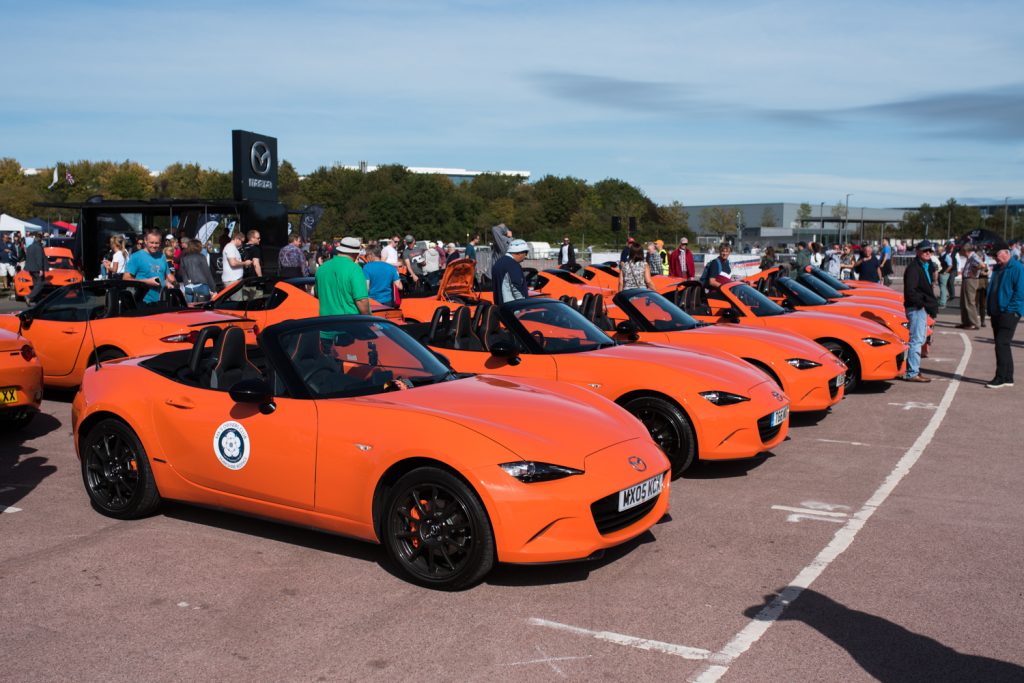 The British Motor Museum at Gaydon played host to over 2,500 Mazda MX-5s on Sunday 15th September, when the MX-5 Owners Club descended on the Warwickshire venue for its annual National Rally.

We were truly honoured to host designer of the original NA MX-5, Tom Matano, for the duration of the rally. Travelling specially from San Francisco to join us, this was Tom’s first time in the UK for an MX-5 event, and he was extremely generous with his time and shared fascinating stories and insights into the design and development of the MX-5. 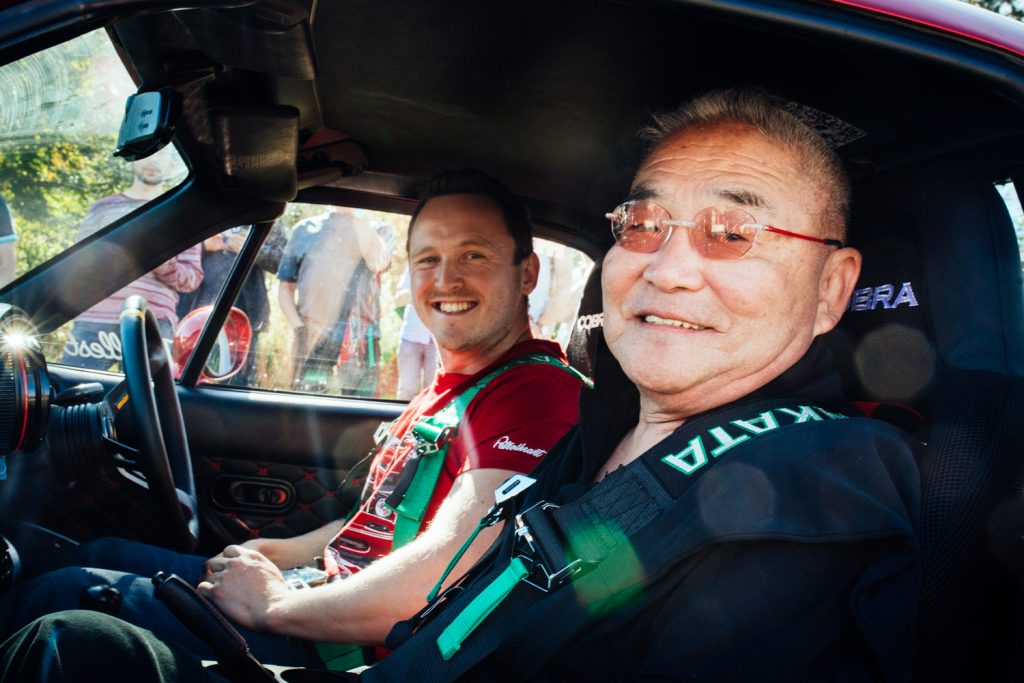 The rally kicked off a day early on Saturday 14th, with an informal gathering of MX-5s and their owners at the new Caffeine & Machine venue in Oxfordshire. This converted pub, called The Houndshill, has become a must-visit automotive destination and is more akin to a nonstop cars and coffee meet, with an endless stream of interesting and exotic cars rolling through the gates all day. An entire section of the venue was dedicated for MX-5 only parking and was captained by Phil, the famous Rocketeer V6-swapped Mk1 from the Car Throttle YouTube series, and owner Alex Kersten. 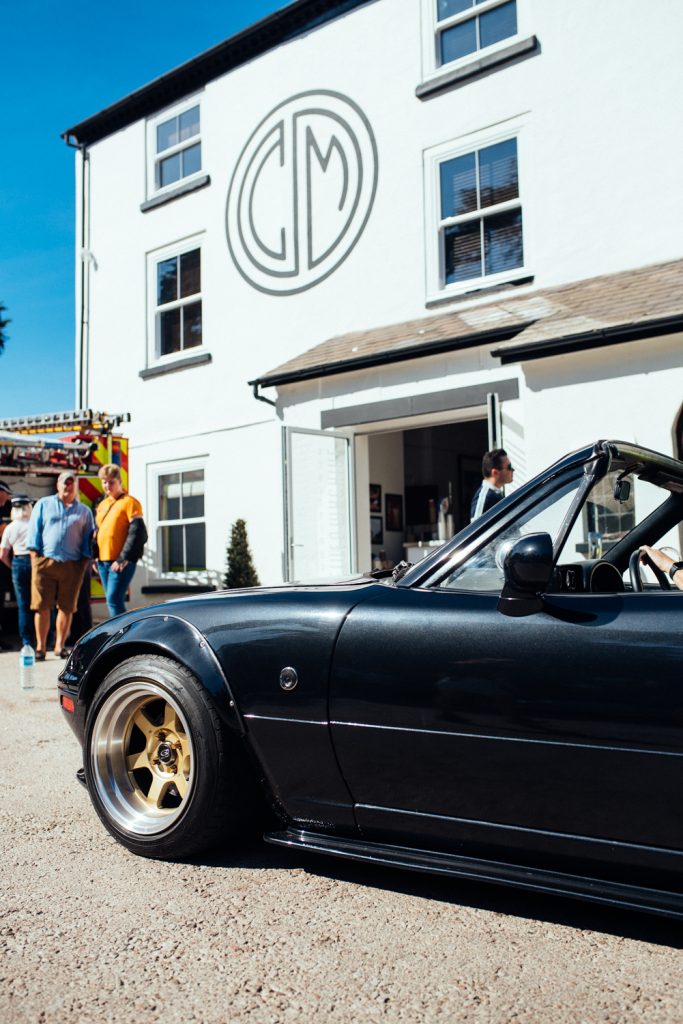 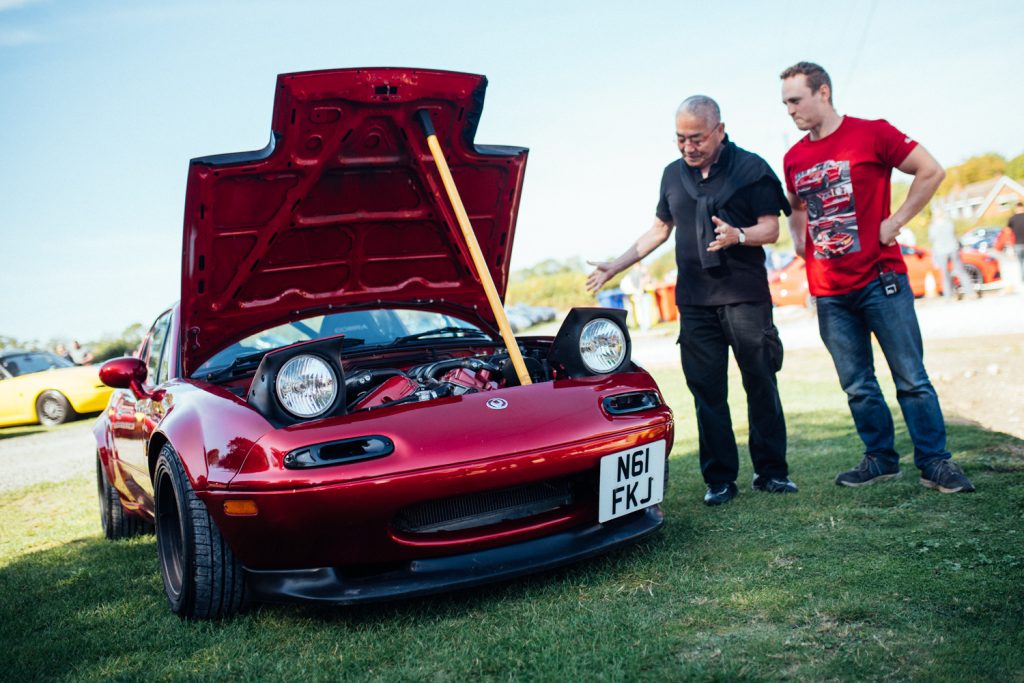 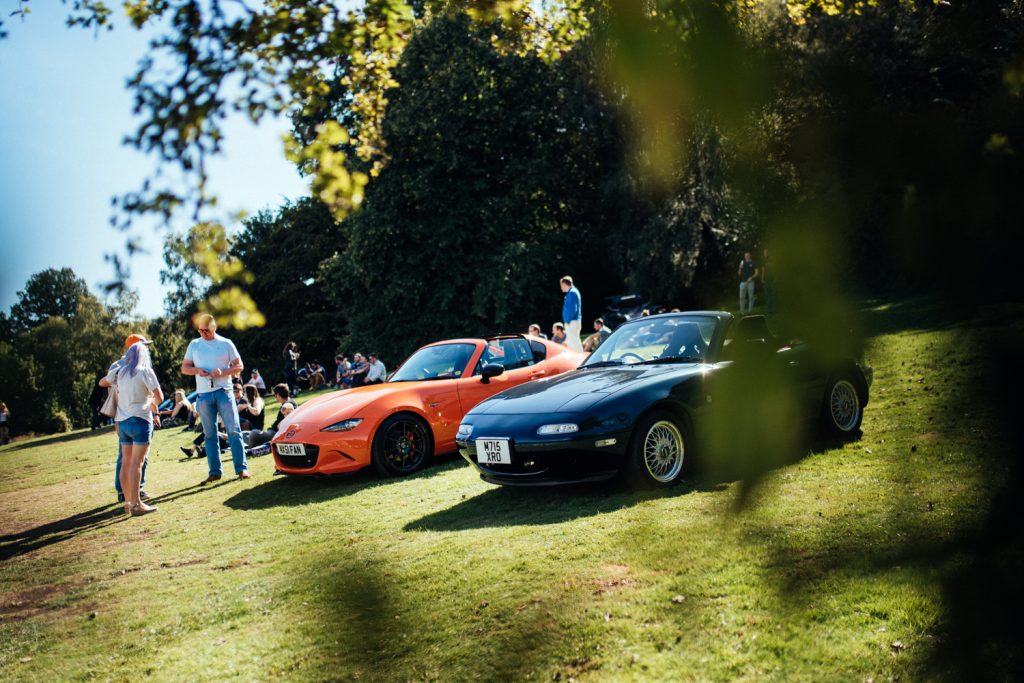 On the Saturday night we held a Drive-In movie night at the British Motor Museum, with hundreds of MX-5s gathering to watch the original Italian Job, itself celebrating its 50th birthday. We were blessed with a golden sunset as the sky morphed to glorious shades pinks and blues as darkness descended, and attendees parked roof-down under a cloudless sky while they watched the classic play out. 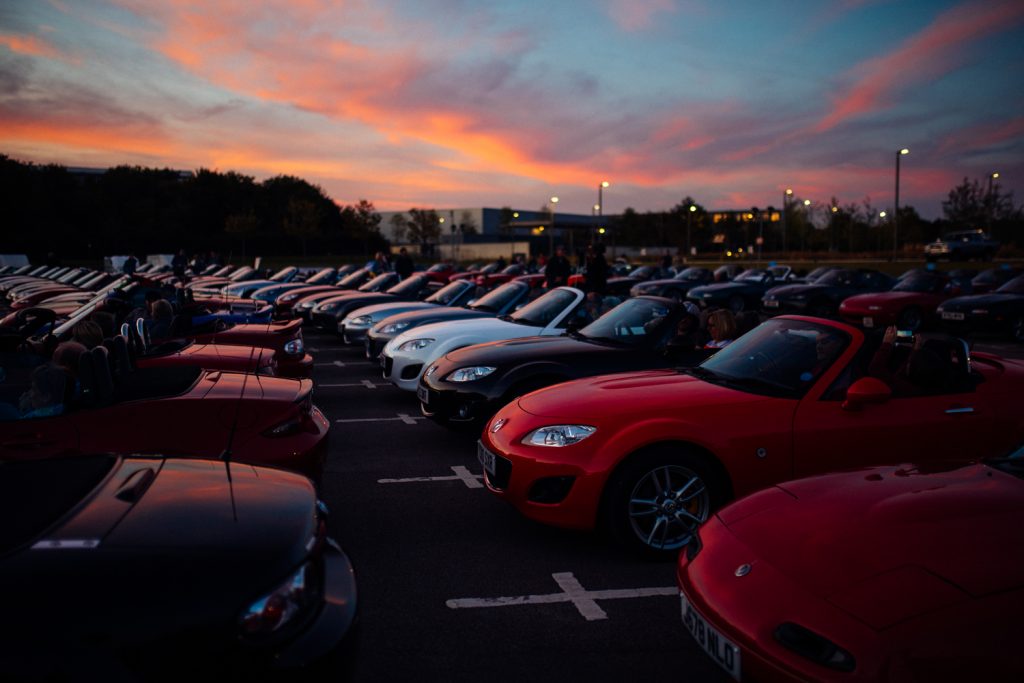 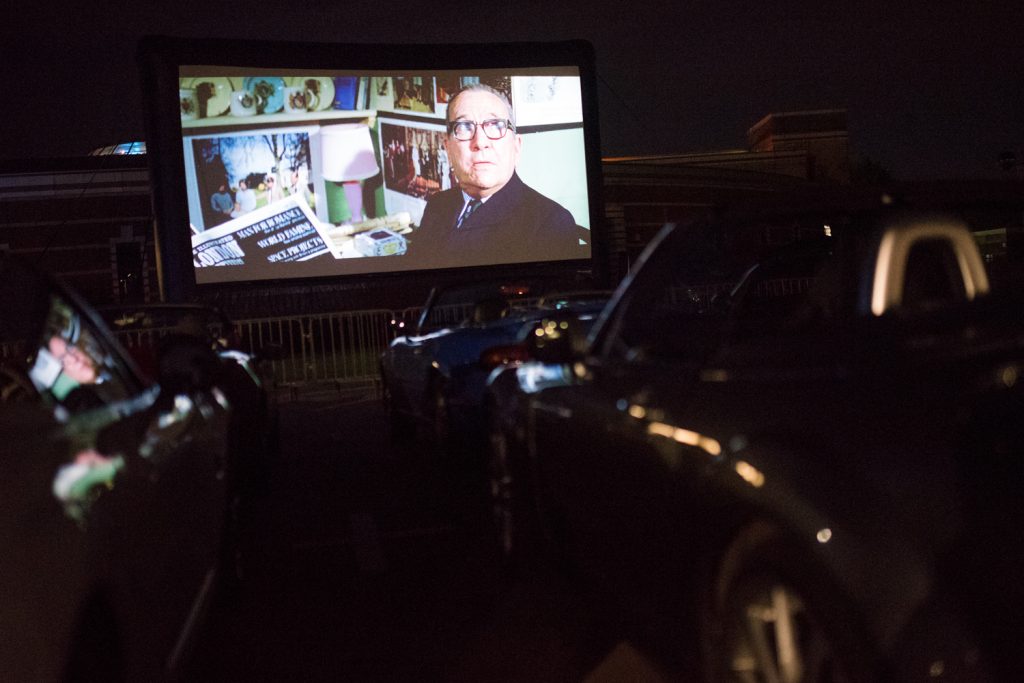 Sunday dawned bright and sunny for rally day at the British Motor Museum, where an estimated 5,500 people flowed through the gates to take it all in. Tom Matano got about signing cars and meeting members, Vicki Butler-Henderson, Jon Bentley and Alex Kersten gave keynote lectures and met fans and our own Roadster Robbie held tech seminars throughout the day. The team from Stunt Drive UK gave performances of daring driving behind the wheels of their trio of MX-5s in the main arena, and proud club supporters such as Moss and MX-5 parts offered special discounts on parts and accessories to keen members. 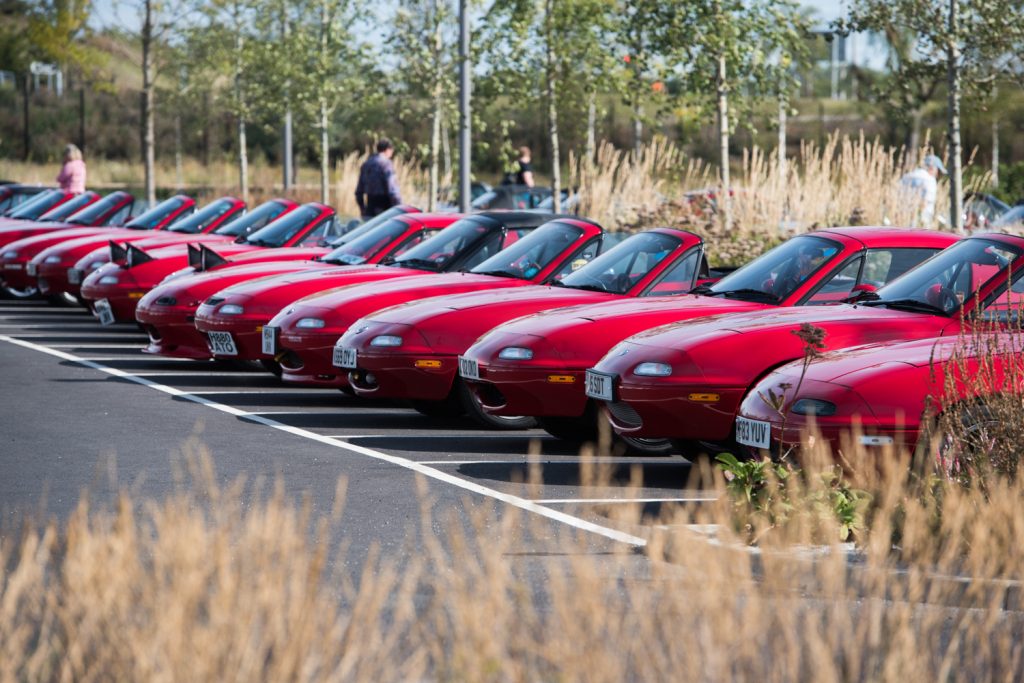 Now that the dust has settled and we have a chance to look back on the weekend that was, we think you’ll all agree that it was a fitting way to celebrate these two important anniversaries. It also gives cause to look to the future and wonder about where we’ll all be in another decade, when our favourite sports cars reaches 40!