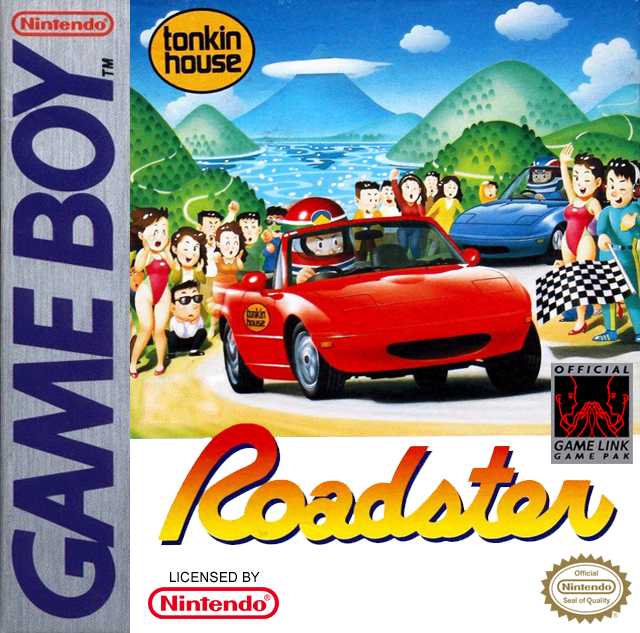 If you ever doubted the MX-5’s status as a cultural icon, how’s this? In 1990, Kyoto-based software developer Tose launched a Japan-only game for Game Boy called ‘Roadster’, based entirely around the Mazda MX-5.

Okay, so we’re not talking gameplay on the levels of Forza Horizon, or even Gran Turismo 1, to be honest. No, this is top-down, green screen graphics in the best Micro Machines tradition. And the MX-5 in question, a shade of camo-BRG by default, is controlled by the basic ‘A’, ‘B’ and directional buttons, meaning the dynamics aren’t quite realistic.

But remember, this was 29 years ago, and you could still race your MX-5 to your heart’s content on your handheld device. And all game reviews point toward ‘Roadster’ being surpisingly fun and playable for an early Game Boy game.

Players can choose to race individually or as part of a championship, alongside four other identical MX-5s, and the weight of the driver, the driver’s courage, tyre wear and body damage are all factors that affect your MX-5s speed and competitiveness. You need to take a mid-race mandatory pit-stop, there are dirt tracks with hidden rocks that can damage your MX-5, and if you crash too heavily your driver may fall out. All rather advanced for a racing sim nearing 30 years old!

Watch the review below, and the good news is that Roadster can still be found on eBay for around £30. Put those PlayStation 1s away, and get your Game Boy out. It’s Roadster time!

Have a real MX-5 and want to join the club? Click here to learn more about club membership, which costs about the same as the Roadster Game Boy game.