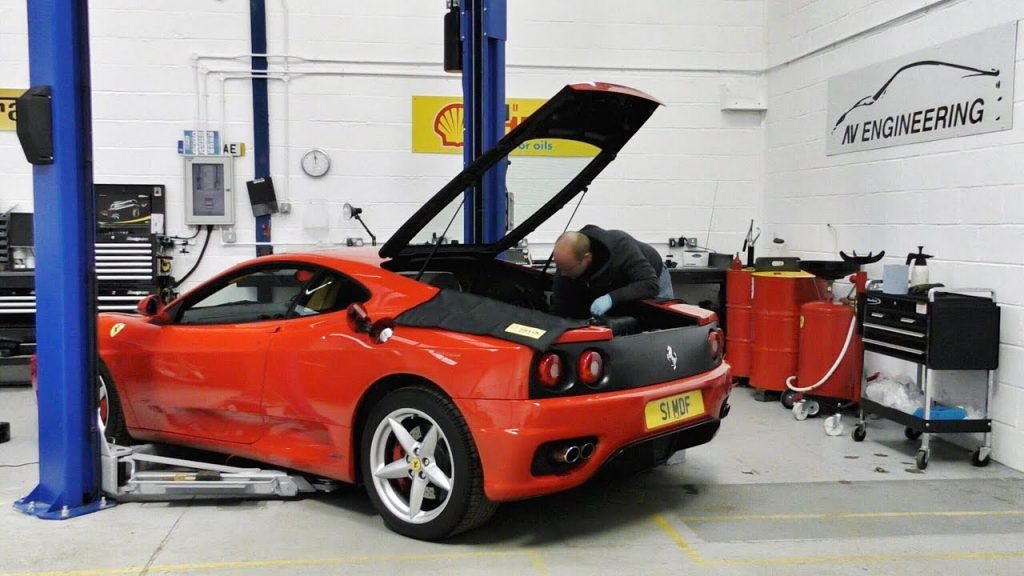 A friend of mine recently bought a Ferrari 360 Modena. Manual, silver on black with a challenge rear grille and a nasty-loud Tubi exhaust, the thing howls in the upper reaches of its rev range. He let me drive it and it is, in a word, brilliant. It delivers everything you’d hope a Ferrari would.

But, it only delivers that experience in a very narrow window of opportunity, and it’s got me thinking. A sports car should enhance your quality of life. If it doesn’t, what’s the point of having it? It comes down to the entire ownership experience, and sometimes, I really wonder if this Ferrari enhances my friend’s quality of life.

Just buying the thing was an ordeal in itself. Ferraris are plentiful, but good ones aren’t. If you stand a chance of not losing your house over it, you need to buy one in original condition, in the right specs, with good history and reasonable miles. Do this and your investment is secure, don’t, and you’ve bought yourself a money pit.

Ferraris that fit that description are usually priced above-odds and the ones that aren’t sell quickly. My friend soon learned that he couldn’t secure a good car within his budget, and he had to raise it by a third. Even then, with cash waiting ready, it took him over six months of intense searching and speedy negotiation to actually secure a car.

He got the car, arranged the insurance (itself no small feat), took all his friends for rides, and opened celebratory beers – life goal achieved.

But then a few weeks in the search for a specialist to look after it began, because even if you have the skills and equipment to work on it yourself, doing so will ruin its service history and therefore value. He took it to the local main dealer a few times but soon realised their only interests were in selling him a brand-new Ferrari and delivering invoices priced as if he already had one.

He ran it through a few independents with varying degrees of success until he found one who employed properly trained technicians, did quality work, charged reasonably and were happy to work with him. Because having work done on old supercars is a two-way street, a collaborative process. Nothing is simple, everything goes wrong.

For example, suspension bushes. The dealer quoted the price of a nice Mk3 2.0 Sport for genuine parts, but many evenings of careful Googling revealed them to be the same parts as used in an early-2000s Alfa Romeo and available online for a fraction of the price. Many glasses of red wine consumed in the process, but at least his specialist was happy to install them.

Then there’s driving the thing. There’s the constant fear of putting too many miles on it and negatively affecting its value, because these things matter with Ferraris. It won’t go up or down steep driveways, and it doesn’t like traffic. Unless he’s on that dream bit of open road, driving it is a hassle. He needs to plan journeys according to the width of the road and any undue speed bumps or road works, and he needs to consider where he parks it for fear of having someone bump into it. Any repair will probably knock £10,000 off its value – the car is only original once, after all. So he needs to choose a pub or hotel or friends based on where he can park the car. And nothing screams uncool faster than being invited for a meal out or weekend away and having to check on the available parking before giving an answer. So essentially, it’s a toy that can’t be used in very many situations. 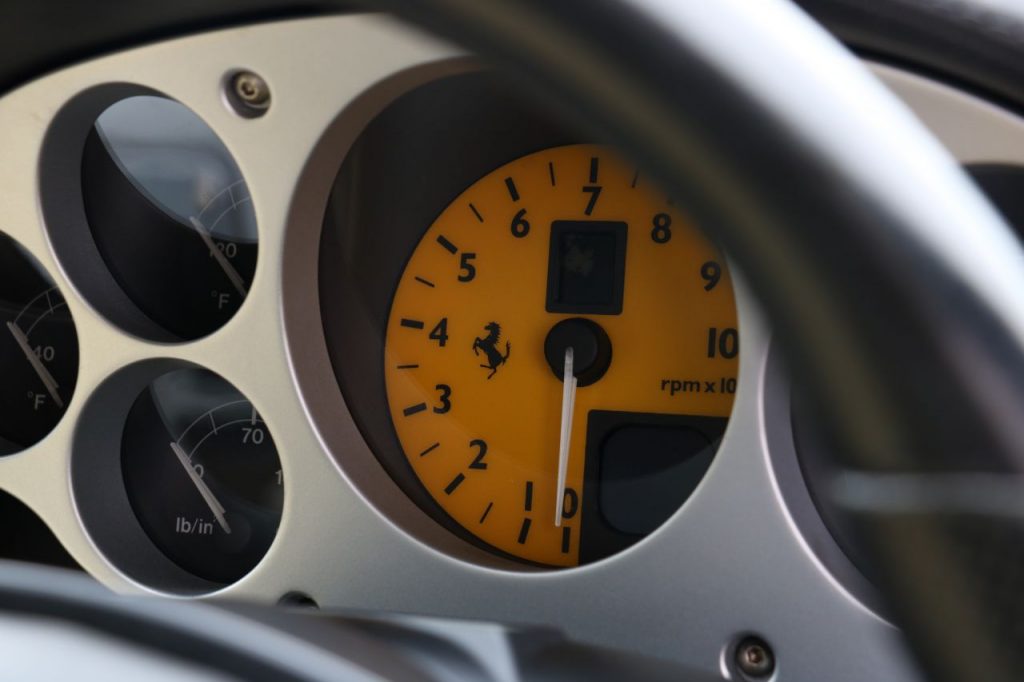 And then there’s the reaction it gets, which at times I found downright embarrassing. My friend bought it because he has a history of owning old Alfas and Fiats and loves to drive the snot out of European sports cars. He’s a 6am, empty roads kind of guy. But the general public don’t really understand this. My friend spent his 20s studying instead of partying and has worked bloody hard to buy this car, but people still sneer at it. The gall of some people to just walk up and ask ‘How much did this cost?’ when you’re at the petrol station continues to amaze me.

He does his best to indulge them, especially the kids, who get really excited when they see it. He lets them sit in it and takes a photo for them and he revs the engine, because that is the stuff that makes a ten-year-old’s day. Even the good-spirited adults, the wanna race crowd, or the ones that try and ‘beat’ you away from traffic lights. The ones who pull alongside and film you with their phones while driving at 70mph on the motorway. He does his best to be good-humoured. But it gets tiring after a while when all he wants to do is blend in and enjoy the driving experience.

He doesn’t have parking secure enough at his house to satisfy the insurance company so it’s an hour-long round trip to collect it from storage. Before it’s driven it needs to be properly warmed up, and it takes a good 15 minutes of slow driving to thoroughly warm the driveline before you can properly get stuck in. And that’s before you even consider maintenance and servicing – it takes 10 litres of engine oil which is changed often, it needs a £3,000 timing belt replacement every three years, and my friend keeps a £15,000 ‘just in case’ fund should something unexpectedly break. It’s a 17-year-old European car, after all, so stuff will break.

So yes, experiencing 8,500rpm in third gear at 6am on a deserted road is about as good as driving gets. And I haven’t quite convinced myself that all this hassle and heartache doesn’t justify it. A Ferrari at wide open throttle really is that good.

But this window of ecstasy is incredibly small and rare, and it is to be cherished when the stars align and everything comes together. The weather needs to be right, the family need to be otherwise occupied and you need a block of time with nowhere special to be except behind the wheel of your Ferrari, driving for no reason other than the sheer joy of driving.

Take, for the purposes of this story, that £5,000 Mk3 2.0 Sport. The one that is worth about the same as a set of lower suspension bushes from Ferrari for a 360 Modena. The intensity of ecstasy delivered by an MX-5 with the top down is undeniably far, far smaller, but the window is a hell of a lot larger. 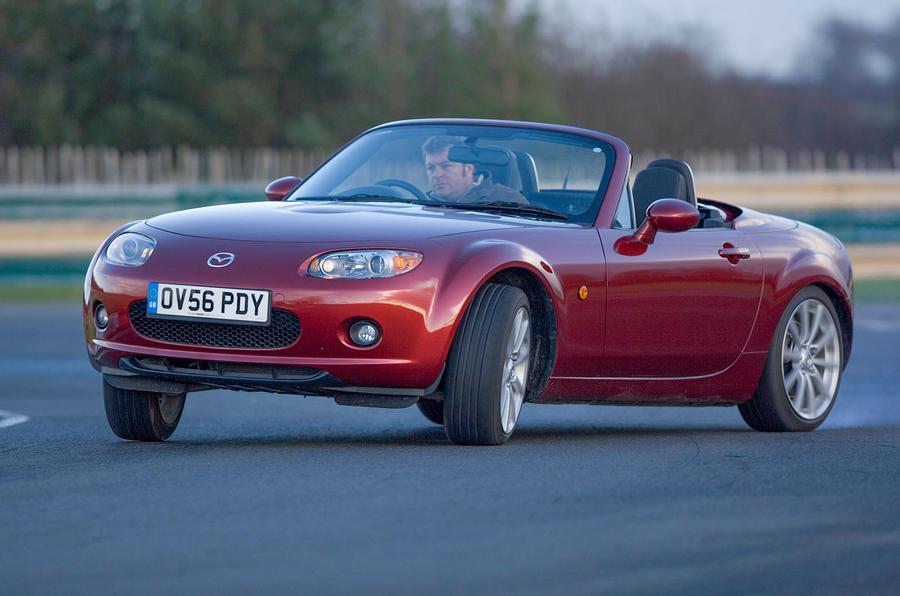 At last count, there are just over 1,100 MX-5s for sale on AutoTrader, making purchasing simple. Insurance is cheap, as are parts and servicing. The cars are basic, and there are many specialists throughout the country ready and willing to assist. Our very own club is on-hand to help home mechanics, and arguably, an MX-5 carefully tended by a loving enthusiast is actually worth more.

You can drive and park them anywhere, and you can do so at the drop of a hat, in any weather. You could do a last-minute track day and an MX-5 wouldn’t skip a beat. We don’t advise it but you could probably do 25,000 miles between oil changes and the motor would be fine. If you walked out to your garage (or driveway, or street) and decided to jump in your MX-5, turn the key and take a weeklong holiday, starting today, around rural France, you could do just that. Probably without even lifting the bonnet. You couldn’t in a Ferrari.

And if there’s one thing that the automotive world agrees on, it’s that the MX-5, all generations of, are hugely fun and satisfying to drive. It’s the slow car fast thing. The barriers to entry are low, and the ownership experience is enticingly simple.

Clearly, the only correct answer is that you need both in your life. But if you can’t have both, I’d argue that a cheap MX-5 is 60 percent of the fun, 950 percent of the time. And surely that improves your quality of life more than kissing an 8,500rpm limiter three times a year?