Build your own Classic Grand Prix racer from an MX-5.

Today marks the launch of a very special project. A new take on giving life to an MX-5 that is past saving and one of the most exhilarating track experiences that you can build yourself, with a comprehensive Haynes guide being prepared to support your build, this project updates one of the most iconic and nostalgic racing cars of all time while making it an accessible build that can be done at home.

Back in 2016 fresh faced motoring TV star and car builder, Ant Anstead visited the MX-5 Owners Club stand at the NEC to talk technical details about his plans to build a Classic Formula 1 Alfa 158 inspired one-off build that was going to be built around the MX-5 power train. It was all as part of the Lancaster Classic Rumble, a charity head to head with the Wheeler Dealer Mike Brewer, who was restoring an XR3 for the same event, they went on to auction them off at the NEC November show in 2017 raising funds for Harrisons Fund.
Ant was also heading off to the States to join the Wheeler Dealers show.

Shortly after after a holiday trip to the states for the Miatas at Laguna Seca event and an invitation to the Wheeler Dealers studio in LA, the Club’s Iain Fleming got a call about an MX-5 being hunted to feature on Wheeler Dealers, a rare Mazdaspeed NB was found and went on to be filmed in 2019. At the time Ant was in the middle of filming his new ‘Master Mechanic’ Show, that was streamed on Motortrend channel and now also available in the UK on Amazon Prime.

The show featured a more ambitious axle-up Alfa 158 build from a MG-T chassis and Alfa Romeo Spider alongside this project the Tipo 184 was being formed to create a low cost, home-build MX-5 based racer to accompany the series and provide an accessible opportunity for many.

Developed in the interwar period, by 1950 the 158 was eligible for the new World Championship of Drivers. The car then went on to win every race in which it competed, including the first ever Formula One (F1) race at Silverstone. The Alfa Romeo team included talented drivers such as Giuseppe Farina and Juan Manuel Fangio who won the World Drivers’ Championship five times.

The Alfa Romeo 158/159 was also known as the Alfetta (meaning the Little Alfa in Italian) is one of the most successful racing cars ever produced – the 158 and its derivative, the 159 (shown), took 47 wins from 54 Grands Prix entered. 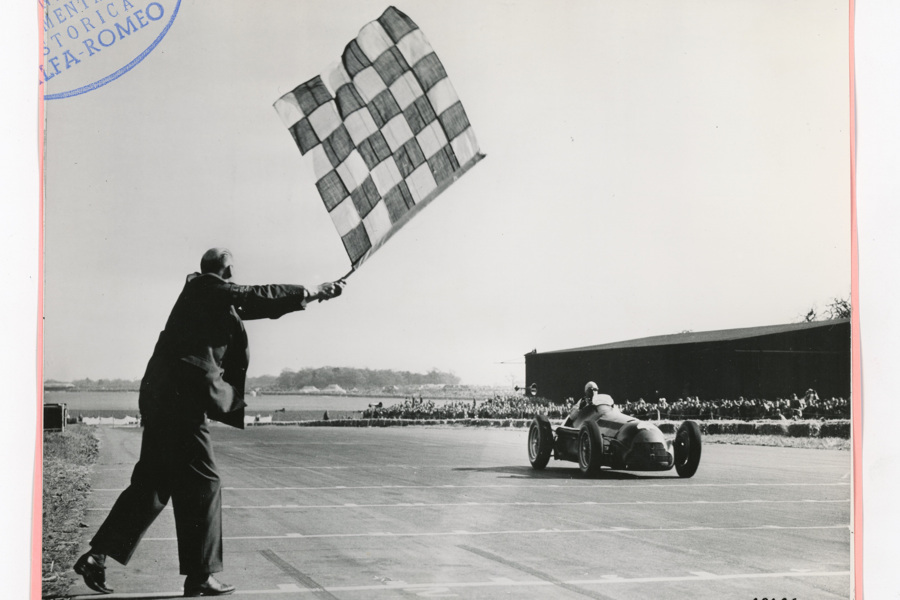 The MX-5 – the perfect choice

As a lightweight front engined nimble sports car the MX-5 also offers a reliable and global supply of used and new parts meaning the MX-5 was the ideal platform for a kit build, add to this time and corrosion putting so many MX-5 off the road here in the UK, where mechanically they have years left to give, means they are the ideal platform for this afterlife project.

The MX-5 also has a very strong and dedicated track and race following. With a dedicated race series already being discussed for the Tipo 184 in the UK, the options for a new racing challenge will have many in the scene relishing the car’s arrival.

Throughout the project development Ant has also been writing a Haynes guide for the build and the kit. The book will be available soon.

The MX-5 Owners Club will be the hub of the Tipo 184 community in the UK. We’ll be creating a dedicated space on forums to discuss the car, builds and where home builders will be able to reach out to others for support. Future racing developments will also be available as soon as plans unfold.

Over the development the Club have been instrumental in providing help, advice and even sourcing some donor MX-5s for the project. We’ve connected Ant and his team to our friends and partners at MX5parts, Autolink UK, MX5Works, BOFI Racing, Skuzzle and the MX5 Restorer all who’ve helped in finding and providing development parts and knowledge, as well as reaching out overseas to connections there to build routes for export and international communities. It has been a genuine total MX-5 community effort to bring this together and today the project can finally be unveiled to the Members of the Club with a special offer.

In advance of the car being offered to the public, there are 10 kits for members available to buy and consisting of the key components required for the build. These kits also come with the opportunity to bring your build along to Ant’s workshop over a weekend later in 2021 for some hands-on build time with Ant.

These launch kits will cost £7499 + VAT And to find out more and register your interest please visit the introductory page at: 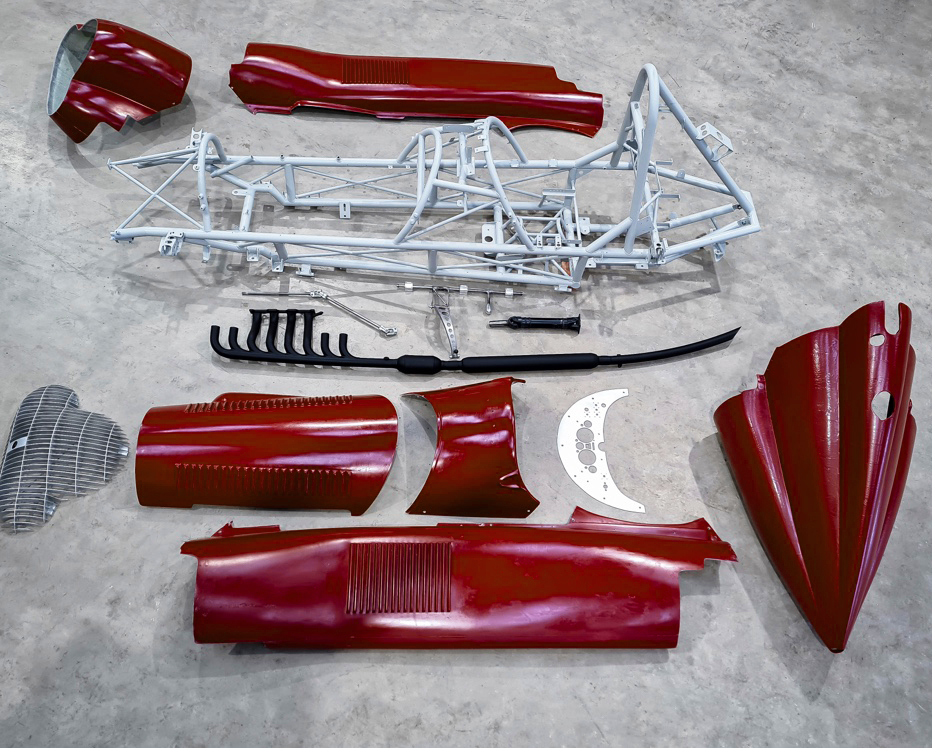 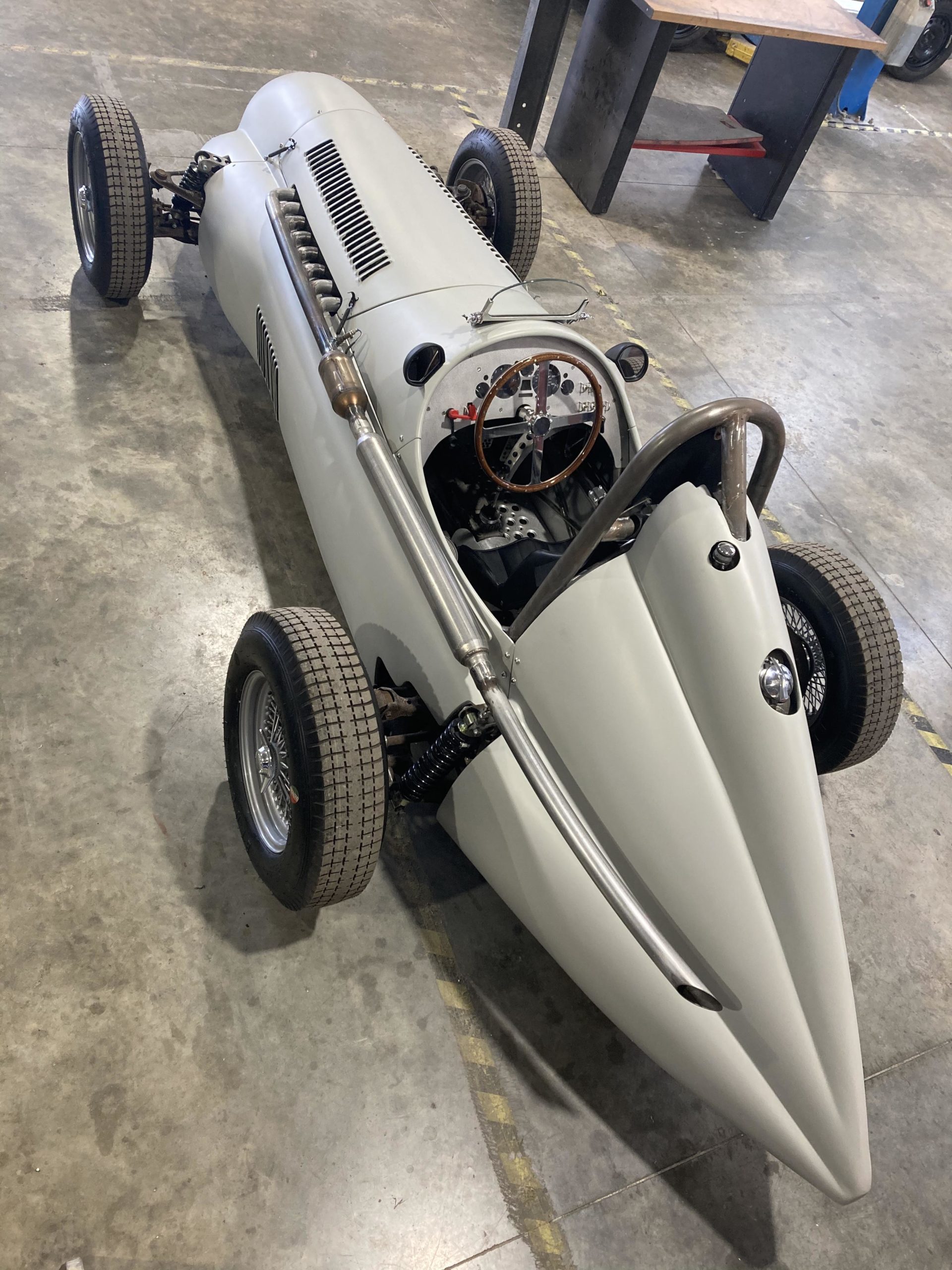