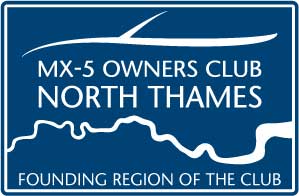 In Summer 1995, the 1st Regional meeting of the UK MX-5 Owners Club was held in the North Thames Region. Initially thirteen Regional Areas were set up to allow the start of local meetings being held across the UK. At this stage there were 298 members of the club with the most popular colours being classic red (135), British Racing Green (41), Sunburst Yellow (26). North Thames Regional meetings are held on the last Wednesday of the month (except December) at “The Eagle” public house, Kelvedon Hatch, from 18:30pm. One possible route is – From Junction 28 of the M25 follow the A1028 to Brentwood then turn left onto the A128 which will take you into Kelvedon Hatch. Drive through the village and the pub is set back on the Left hand side as you leave the village. (The pub is on the opposite side of the road to the police station, and a large water tower set back from the road.) Just a note for those of you that are following the directions above – Be Careful! It is easy to overshoot the pub car park!

Held at The Eagle Pub, Ongar Rd, Kelvedon Hatch, Brentwood, Essex CM15 0AA on the last Wednesday of the month (except December) from around 18:30pm, please come in and join us. 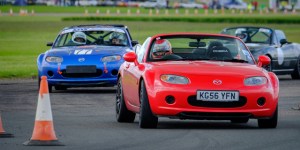 This last weekend was the MX-5 Owners Club at Bruntingthorpe. These events are run to help the novice as well as the experienced track day enthusiast. The club was on hand throughout the weekend, and there were novice only track sessions too. There was also ample opportunity to have a professional racing instructor provide some […] 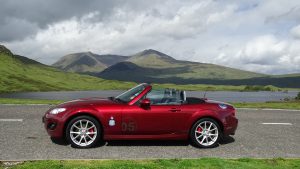 Five cars from three different regions took a week long trip around the highlands of Scotland, taking in part of the famed NC500 route. 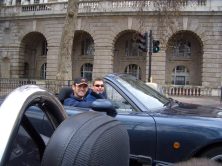 A drive through London

Last Sunday several members went on a nice scenic drive through central London. So in the end 10 cars from the Eastern Region, all but one with the rather important navigator, headed off down the A12 to the meeting point in the middle of Hyde Park where we met up with a whole load of […]