A small museum with a big story

Moira Furnace Museum is set in a country park and the resorted stretch of the Ashby Canal runs alongside. Boat trips on the Joseph Wilkes Narrow boat run throughout the Summer season, a relaxing sail along the canal watching the local wildlife.

The Furnace played a significant part of the industrial revolution and is probably one of the most important blast furnaces still in existence throughout Europe. Built in Moira by the late Sir Rawdon Hastings, The Earl of Moira, due to the lands minerals and the location of the canal for transportation.

The Furnace’s failure, due to poor management and poor quality minerals became housing for residents of the evolving Moira village, until the 1970’s. The site had cottage industries such as cobblers, bakers and a seamstress to name a few, allotments, orchards and life stock, quite a community in its own right.

Starting at Moorlands at 9:30 for 10:00 this run will wind south on A and B roads, calling in for a cuppa at The Knockerdown Inn on the route down,

There is a small cafe close to the picnic area, a canal boat trip will be possible mid afternoon 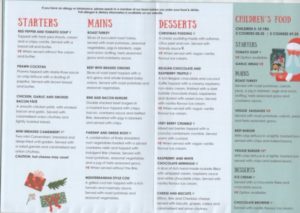 Join us for a festive lunch at the above date, time and venue. We will be meeting in the large Conservatory of the pub which has been reserved for us. A menu will be circulated[...]
View Calendar
Add