Starting at Moorlands, Owler Bar, Sheffield S17 3BQ at 9:30 for a cuppa or a full breakfast the run will leave at 10:00. The route is via Curbar Gap, Carver, Stoney Middleton, nr Tideswell, Bradwell, Bamford, to The Fairholmes Car Park by the Upper Derwent Dam for a comfort stop, a further cuppa along with a photo shoot in front of the Dam wall. 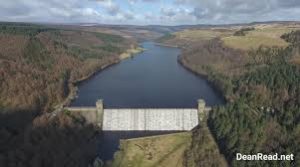 Then its over the Snake Pass to Glossop, back over the Woodhead Pass with a sight detour to Dunford Bridge Townhead and Carlecotes.

The final part of the route is on a minor roads which run high up on the hillsides  parallel to the Stocksbridge byepass, then through Greno Woods to Wadsley Bridge and on to Kelham Island Museum,   Where reserved parking and special admission prices have been negotiated.

In one of the city’s oldest industrial districts, the museum stands on a man-made island over 900 years old.

Our interactive galleries tell the story from light trades and skilled workmanship to mass production and what it was like to live and work in Sheffield during the Industrial Revolution.

Follow the growth of the steel city through the Victorian Era and two world wars to see how steelmaking forged both the city of today and the world! 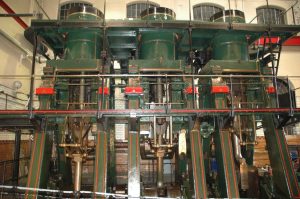 The River Don Engine was one of four all built for the same purpose. The second went to John Brown’s Atlas Works, the third to the Japanese government, and the fourth to Beardmores in Glasgow.

The River Don Engine ran at Cammell’s mill for almost 50 years. The engine was then transferred to what was formerly known as the British Steel Corporation’s River Don Works. At the Works, the engine continued to drive a heavy plate mill, producing products such as stainless steel reactor shields and steel plates for North Sea oil rigs.

In 1978, the engine ceased production and was transferred to the Kelham Island Museum site where it continues to run on steam as is the most powerful working steam engine remaining in Europe today.

The on site Steam Hammer Cafe offers a full range of Soup, Snacks and Drinks

Route card and map of  route

The mileage of the full run is approx. 75 miles,

As usual members (and prospective members) are welcome to join or leave an any point, please let me know if you intend to do this so we are not waiting for you, and if you are leaving mid route, ensure that the cars behind know you are leaving the convoy, or you may find you have extra guests at your house for tea !!

STILL A FEW PLACES AVAILABLE – BOOK NOW IF YOU ARE INTERESTED Please read through the menus shown below and think about your selections, before going onto book a table and placing your food order[...]
View Calendar
Add